Breed specific legislation is active in certain countries across the world, the UK being one. As a result, certain dog breeds are highlighted as being dangerous because of how they look, rather than act. Which seems unfair, to put it mildly, because as a result, dogs have lost their lives solely because of their looks.

Sara Owczarczak-Garstecka is a PhD researcher who has investigated this subject. She shares what she has learnt about dog breeds, Pit Bulls, why our legislation is broken and why we will never prevent dog bites if we continue to target certain dog breeds. 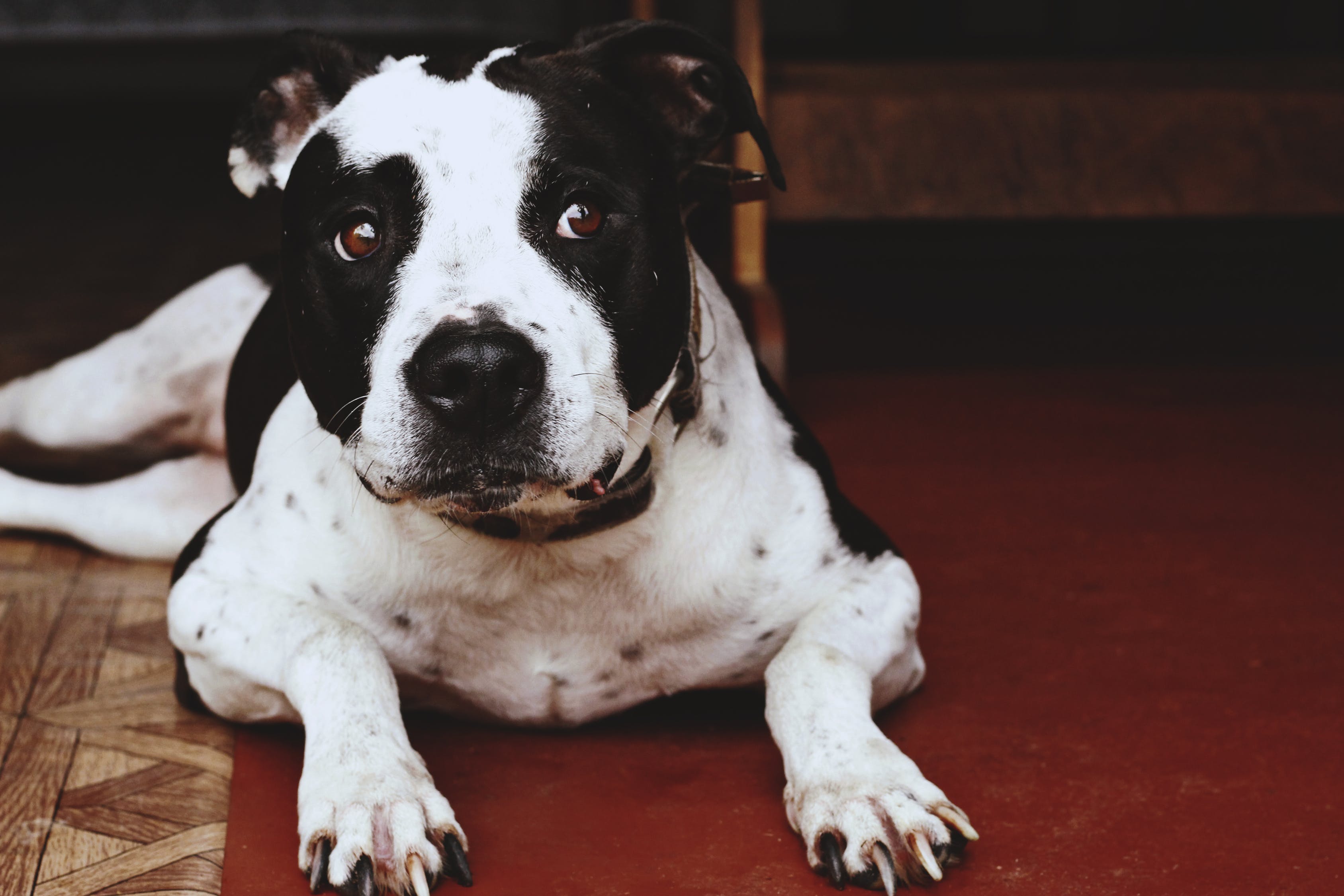 As a PhD researcher with years spent volunteering in dog shelters, I’ve spoken with many people who were considering getting a dog. They often want to learn about the breed, to understand “what they are getting into”. Dog owners also want to get to know their dog better and often think that knowing their breed will help - the sales of DNA tests for dogs would suggest that.

We link breeds with a dog’s identity and behaviour because dogs of different breeds are meant to behave differently - and to an extent they do. Breeds do have a biological component: they look different, and even just because of their looks they will behave differently (a Dachshund will never outrun a Greyhound).

Through selective breeding, breeders can also develop dogs with exaggerated behaviours. For example, Border Collies eye, stalk and herd livestock and Chihuahuas don’t. But there are also a number of problems in judging dog behaviour by the breed alone, especially if we use a breed to develop legislation. 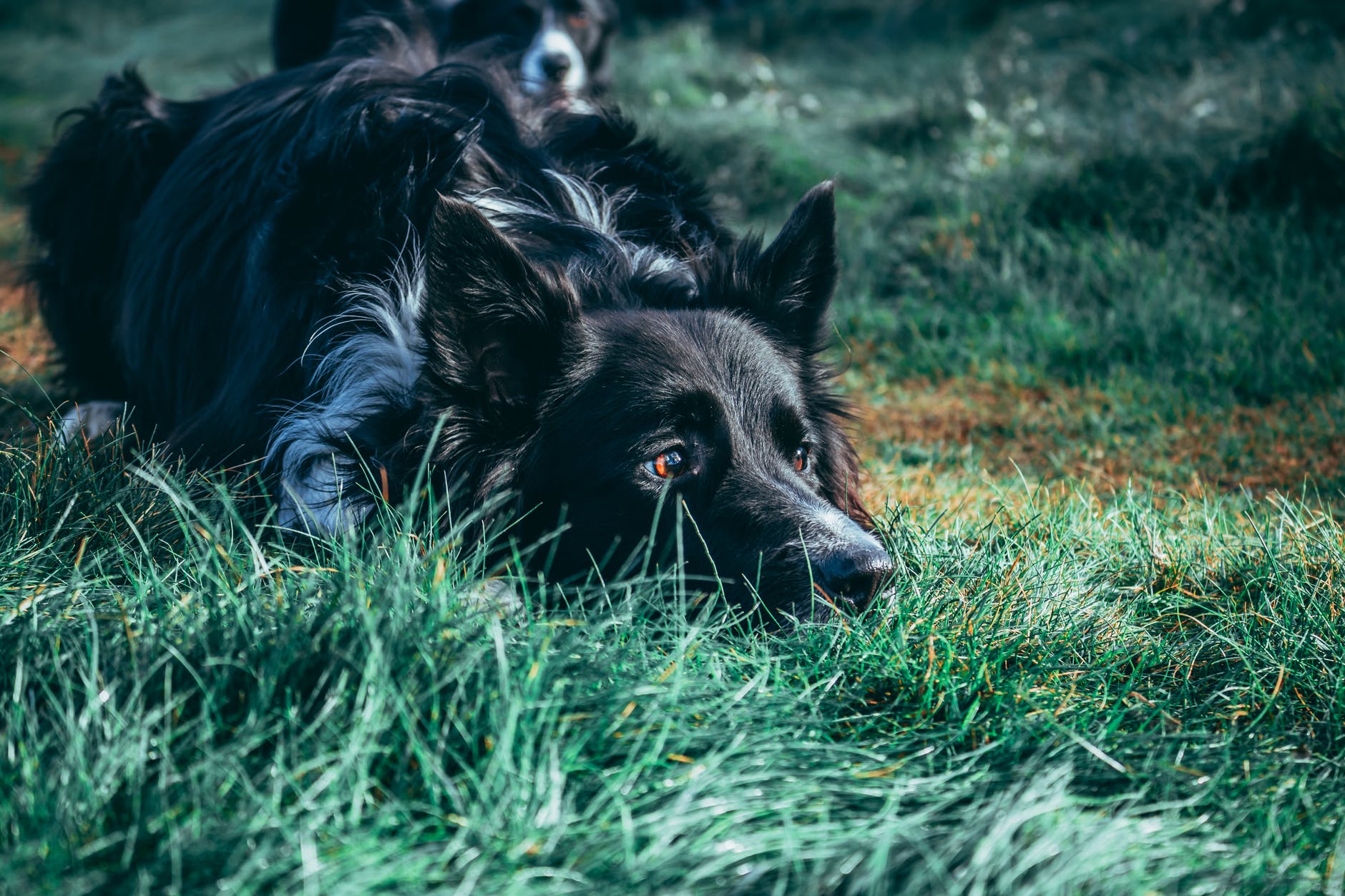 Breed Specific Legislation - How did we get here?

Seeing breeds as biologically different and some as more aggressive than others has been used to justify the 1991 Breed Specific Legislation (BSL). The legislation bans “dangerous breeds and their types” (i.e. Pit Bull Terriers, Dogo Argentino, Fila Brasileiro and Japanese Tosa), where types are defined by having the majority of a breed's characteristics. Ownership, breeding, selling, gifting of these dogs is illegal.

For instance, to prevent injuries from car crashes, it’s better to focus on designing safer cars and roads than hoping that drivers will get better. From this perspective, the ban on breeds makes sense - we are changing the environment, not people’s behaviour. However, the legislation was introduced in response to emotive reporting of dog attacks on children presented in Parliament in London in 1991.

At the time of its introduction, several breeds were reported to bite more often than other breeds.
Kenneth Baker (Home Secretary at the time), described in his biography that Pit Bulls were selected over German Shepherds because Pit Bull owners came across as dangerous and irresponsible in the media and because the media was already describing these dogs as the main problem.

Baker explained later that he also feared the backlash from the rural conservative communities perceived as the main demographic owning German Shepherds. 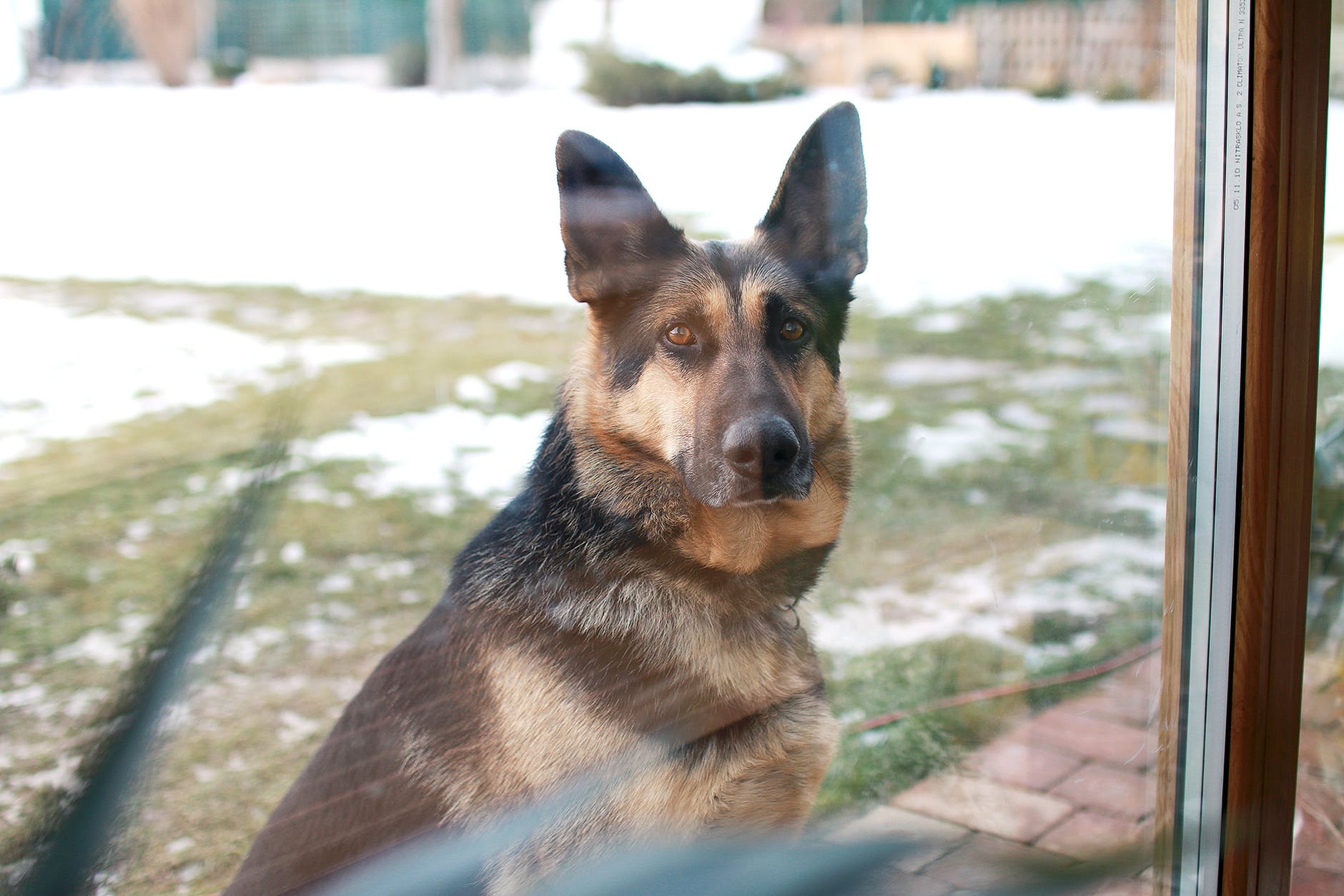 The legislation could be judged as effective if as a result fewer people were bitten or if bites were less severe. However, studies into breed specific legislation around the world generally show that these measures are ineffective in reducing the number of dog bites.

Research shows that the legislated breeds don’t bite more severely or more often than other dogs. Around the world, the dog most likely to bite is usually the most commonly kept breed.

In addition, since its introduction, thousands of dogs were kept in police kennels for long periods of time and euthanised. This is harmful to dog welfare and wellbeing of the owners, as well as expensive.

Although the exact figures are not collected, Battersea Dogs and Cats Home alone reported having to put to sleep 91 dogs typed as Pit Bulls [or Pit Bull types] in 2015, of which 71% were thought to be suitable for rehoming.

Given the data we have, we can be fairly certain that breed specific legislation is not an effective public health measure.

Why did BSL fail?

The first reason why the legislation failed is that there are more differences within a breed than between breeds.

There is no research to show that any particular breed is more likely to be aggressive than other breeds and there are huge inconsistencies in studies into differences in breed-related dog behaviour.

What we do know about dog behaviour and breeds is that there appear to be differences in behaviour between working lines and show lines where dog behaviour reflects modern use, not what they were bred for.

Pit Bulls may have been bred for dog fighting, but now they are usually kept as pets. In addition, size, weight, height, sex, and age influence the behaviour of a dog more than a breed.

One study estimated that only 10% of differences in dog behaviour can be attributed to breed.

We also know that dog behaviour is influenced by genetics, but not necessarily a breed - for example, a particular line of a breed may show similar behaviour patterns. The same breeds scored differently on personality assessments when the same, gold standards questionnaire was applied in Sweden and the USA. Local “doggy families” impact on dog behaviour more than a breed.

The second reason for the legislative failure is that the standards for recognising Pit Bulls are subjective.

Instead of genetics, Pit Bulls and Pit Bull types are defined by 15 physical features copied from the 1977 issue of American magazine Pit Bull Gazette.

The UK Kennel Club does not recognise Pit Bulls as a breed. The described standards include proportions (e.g. the length of a skull - width of a skull, length of the nose etc), joint-angles, shiny coat and so on.

Consequently, technically in the UK, a Pit Bull may no longer be a Pit Bull if measured on gravel or in tall grass and the specified angles in joints are not met. Or when the coat is not shiny. Within the same litter, some pups may later be defined as Pit Bulls while others will be seen as a bull breed.

A dog being a Pit Bull type (and not a Pit Bull) requires even further subjective judgement. Not surprisingly, studies show that the general public and dog-professionals struggle recognising Pit Bull Terriers accurately.

Breeds can shape behaviour (ours, not theirs)

Although a dog’s breed does not have a clear impact on a dog’s behaviour, it does shape human behaviour around a dog.

Media stories covering dog attacks more often list a breed of a dog when they think a bull breed was involved, contributing to the impression that these breeds bite more often. For matched severity of bites, bite victims are also more likely to seek medical treatment when bitten by a dog they think was a Pit Bull than other breeds. 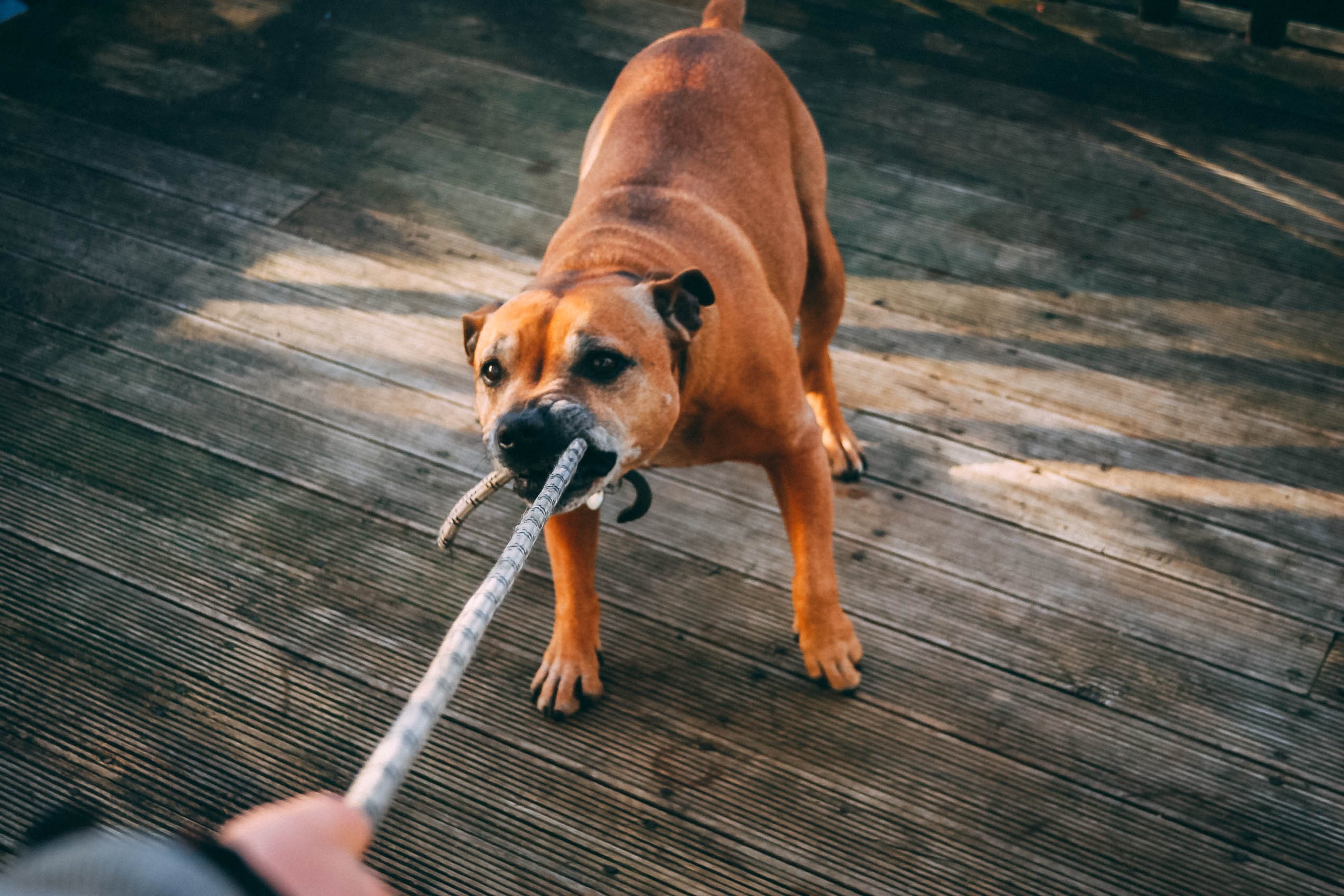 We don’t assess the risk posed by a dog objectively - we use our experience with dogs, and biases we may not even be aware of to construct risk and respond to it. For instance, people unfamiliar with Staffordshire Bull Terriers were more likely to describe these dogs as dangerous and unfriendly.

In another study, Pit Bull Terriers were seen as friendly when depicted with a child or elderly person but aggressive when pictured with a tattooed man.

In a clever experiment, shelter dogs were matched for looks and one was labelled as a Pit Bull Terriers while the other was presented without a label.

Labelled dogs were rated as more dangerous, less friendly and less likely to be rehomed than ‘lookalike’ dogs presented without a breed label.

In our own study, we analysed comments of YouTube viewers watching dog bites.

Dogs were not blamed for biting people, unless they were recognised as Pit Bulls, in which case viewers ascribe blame to them. Viewers also expected them to be aggressive and not trainable, which most likely influences interactions with these dogs in real life too.

The only successful dog bite prevention intervention has been run in Calgary, Canada. It does not ban any breeds and instead, it’s centred on all dog owners paying licence fees for their dogs and high fines to dog owners whose dogs bite or injure other people. 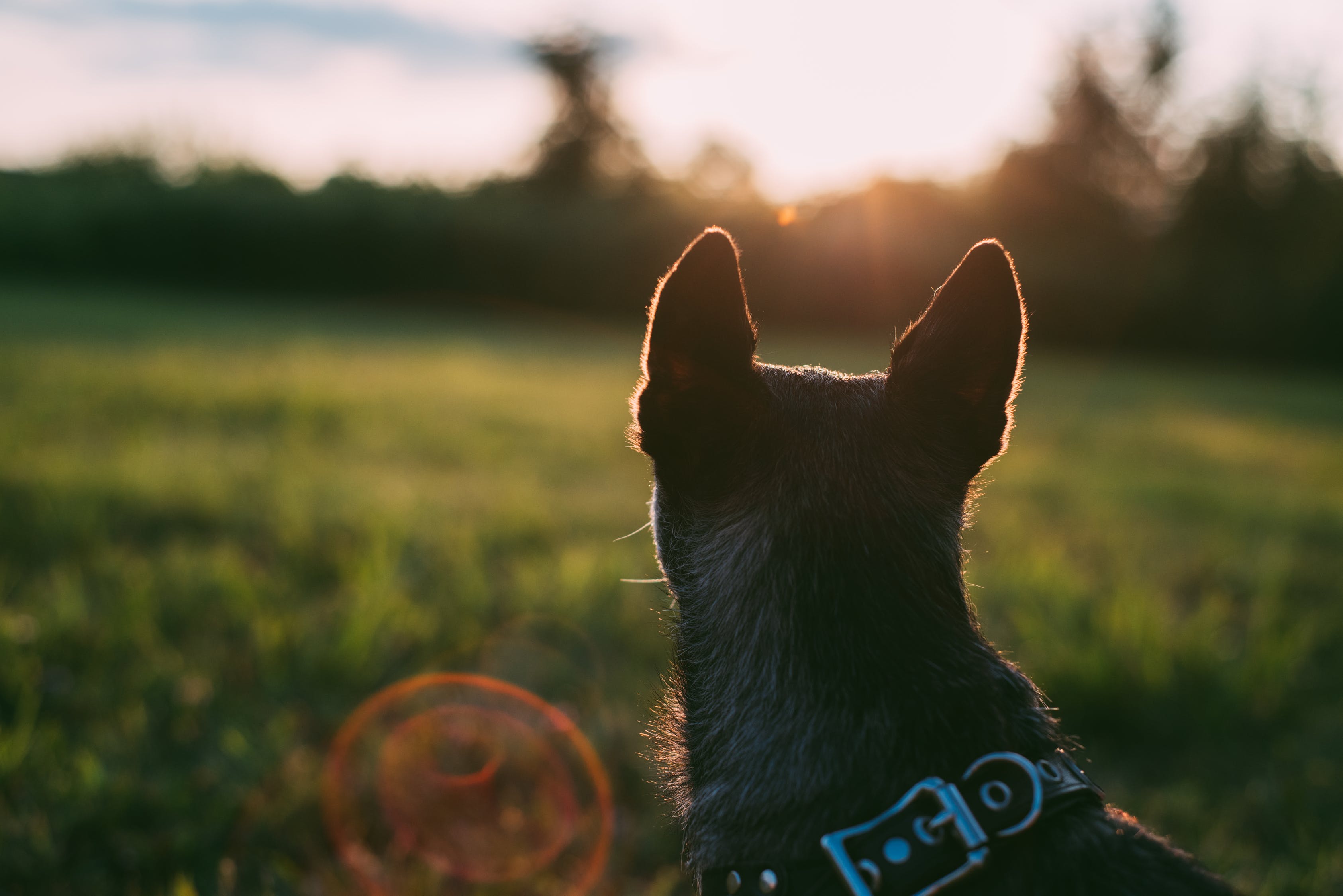 These funds are then re-invested in subsidised and free dog training classes and veterinary support, among other services. The Environment, Food and Rural Affairs (EFRA) committee reviewed the breed specific legislation and described it as “unnecessarily cruel” and ineffective we could, therefore, be hopeful that changes in the UK legislation are coming too.

In the same time period, the committee stated that the implementation of these changes will be delayed due to lack of legislative capacity caused by the UK’s preparations to leave the EU.