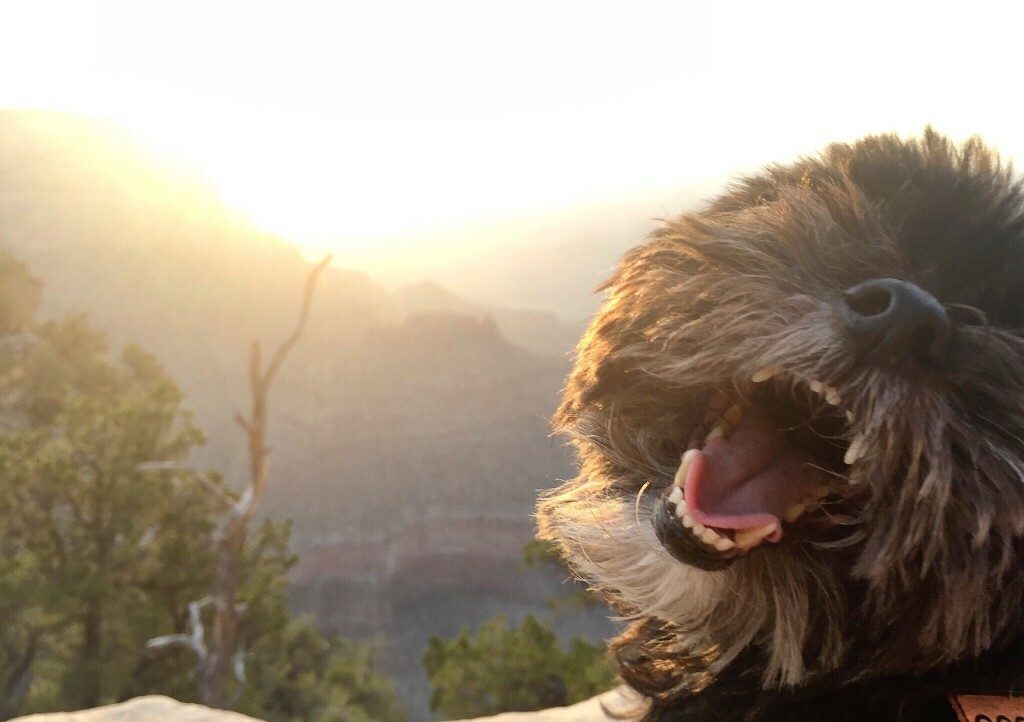 Dogs can experience symptoms of a condition that resembles ADHD. A study undertaken in Finland showed that for some dogs, low levels of fatty acids in their blood - could reveal that they have what we humans know as attention deficit hyperactivity disorder or ADHD. Dogs with suspected ADHD also show some of the same chemical markers as humans with ADHD.

Attention deficit hyperactivity disorder (ADHD) is a condition that affects attention and hyperactivity. It also impacts the ability to concentrate, show self-discipline, control impulses and pay attention and leads to behaviour issues and some social awkwardness in certain situations.

The symptoms of ADHD usually improve with age, but many adults who were diagnosed with the condition at a young age continue to experience problems.

Has it been proven that dogs can have ADHD?

According to Stanley Coren, the recent consensus among researchers is that dogs, especially those who appear to be consistently out of control, might be suffering from ADHD. This is supported by the fact that dogs have the same chemical markers as human sufferers do, such as low blood phospholipid levels.

The behavioural disorder, attention deficit hyperactivity disorder (ADHD) is typically associated with human children, but its clinical manifestation in dogs has recently been investigated indicating that certain gene variants (e.g., the DRD4 gene) contribute to its expression.

On balance, it would be accurate to say that dogs can suffer from a condition that is - at least - very similar to ADHD that is more commonly recognised in humans.

What is hyperkinesis and is it the same as ADHD?

Hyperkinesis in dogs is a condition where dogs display fast-twitch muscle fibres in parts of their body. It is normally caused by a condition called inherited hyperkinesis syndrome (HKS).In this condition, affected dogs have hyperactivity, compulsions, a mental health condition and sometimes acute hypoglycemia.

Hyperkinesis in dogs is commonly mischaracterised as ADHD.

Hyperkinesis in dogs is rare. If you have a dog that appears to act in what is common called a hyperactive way, the chances are it is NOT hyperkinesis.

How a dog's blood could reveal if they have ADHD

The study formed part of a larger behavioural research project and was run by Professor Hannes Lohi's research group at the University of Helsinki and the Folkhälsan Research Centre.

The project paid specific attention to the impact and well-being of dogs in connection with some of the most common behavioural problems that dogs suffer from, such as general fearfulness, sensitivity to noise as well as hyperactivity and impulsiveness.

Professor Lohi explains, "Behaviour and behavioural disorders often develop as a combination of hereditary and environmental factors, which makes studying them challenging".

"Metabolomics or the study of the metabolism provides us with new clues on the biological issues underpinning behavioural disorders while promoting genetic research."

He added, "At the moment, metabolomics research in dogs is rare. The purpose of this pilot study was to examine new approaches and attain information on any metabolic abnormalities associated with hyperactivity in dogs."

Specifically, those who were hyperactive and impulsive had low levels of fatty acids (lower blood phospholipid levels) in the blood.

Jenni Puurunen, a doctoral student says, “We knew to expect this discovery from research on the human side, as several studies have recorded lower blood lipid and fatty acid levels in ADHD patients than in control groups."

She continued, "However, the causal relationship is not clear and requires further studies. Our discovery supports the existing belief that human and canine diseases are similar, which suggests dogs can serve as excellent models for human illnesses."

Could a dog's age impact on their behaviour?

According to Jenni their study revealed that it has little impact.

She says, “It is significant that a dog’s age, sex, or fasting had little impact on the link between behaviour and metabolites. We also controlled for dietary changes by feeding all dogs the same food for two weeks before testing.”

A piece of important information revealed in the study was the correlation between hyperactivity and tryptophan metabolites.

Tryptophan metabolites are solely produced when intestinal bacteria process the tryptophan from the food. This information was confirmed by the differences in the bacteria found in the gut of hyperactive versus the normally behaved dogs.

This information finds a very significant link between the brain and the intestines in dogs.

A globally unique study of dog behaviour is underway as part of a more detailed canine behaviour project.

Important note about ADHD and dogs

Just because a dog displays certain behaviours that are associated with ADHD, remember, it might just be a case of a dog being a dog.

In this article:All Ages, Issue 144