Dog owners are relying on their pets more than ever for happiness, with eight in 10 people admitting in a recent survey that their dog is most important to their daily happiness, beating friends by almost four times as much.

According to the survey carried out by pet tech firm Furbo, more than half of men admitted that having their dog by their side has the biggest positive impact on their mental health.

Last year we met a special little Beagle girl named Scarlett and her owners, Janie and Phil. Before being rescued in 2017, Scarlett spent the first two years of her life locked up in an animal testing facility in Europe.

Since finding a family to call her own, and learning what the big wide world is all about, Scarlett has started to come out of her shell but her past has left her with scars, not all of which are visible on the outside and it has taken her time to find confidence in her safety. 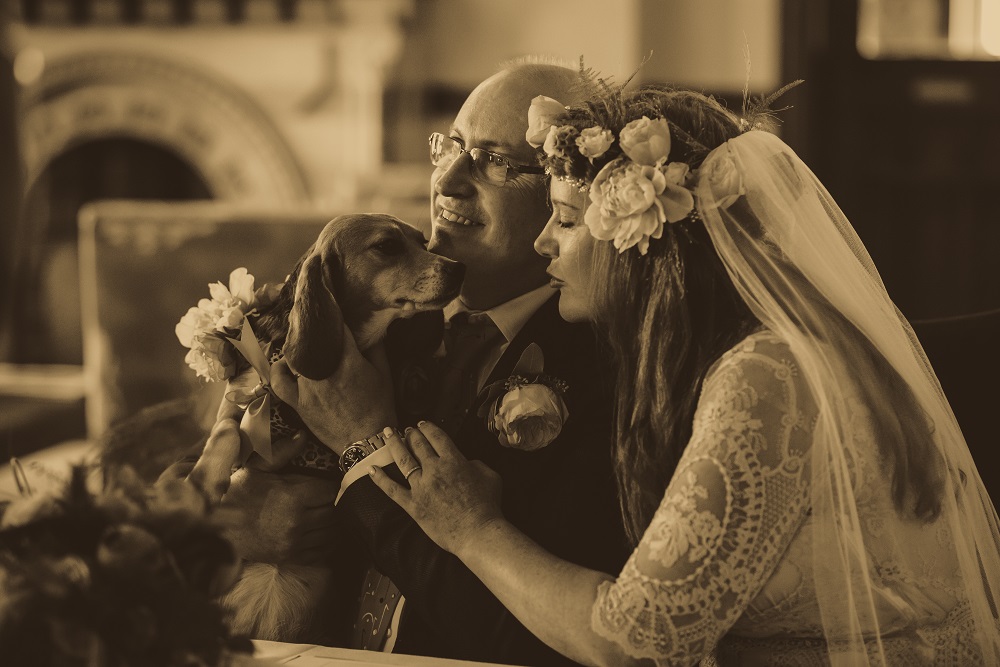 Scarlett with her mum and dad on their wedding day

Her owner, Phil Green tells us his past has helped him to empathise and better understand Scarlett’s PTSD and shares what her experiences have taught him about mental health issues.

He explains, “The treatment of laboratory animals is abhorrent. The lucky few that survive often have Post-Traumatic Stress Disorder (PTSD) when memories of traumatic experiences and the resulting fears and anxieties they suffered persist.

Scarlett on the day of her release

“PTSD can last for months – years even – with symptoms that vary significantly. Scarlett was no exception, showing signs of depression, days where she was down and withdrawn, anxiety in harmless situations, if her afternoon walk was late, for example, she worried, making her drool profusely. She also had occasional flashbacks in her sleep causing night terrors.

“There were also objects and situations she was desperate to avoid, such as being covered, people with attire resembling laboratory workers, even flags flying on flagpoles and she had a high state of alert with a desire to retreat to a safe spot to sudden changes that wouldn’t faze a typical pet dog but which – having survived an environment where any change was bad – she interpreted as immediate danger. 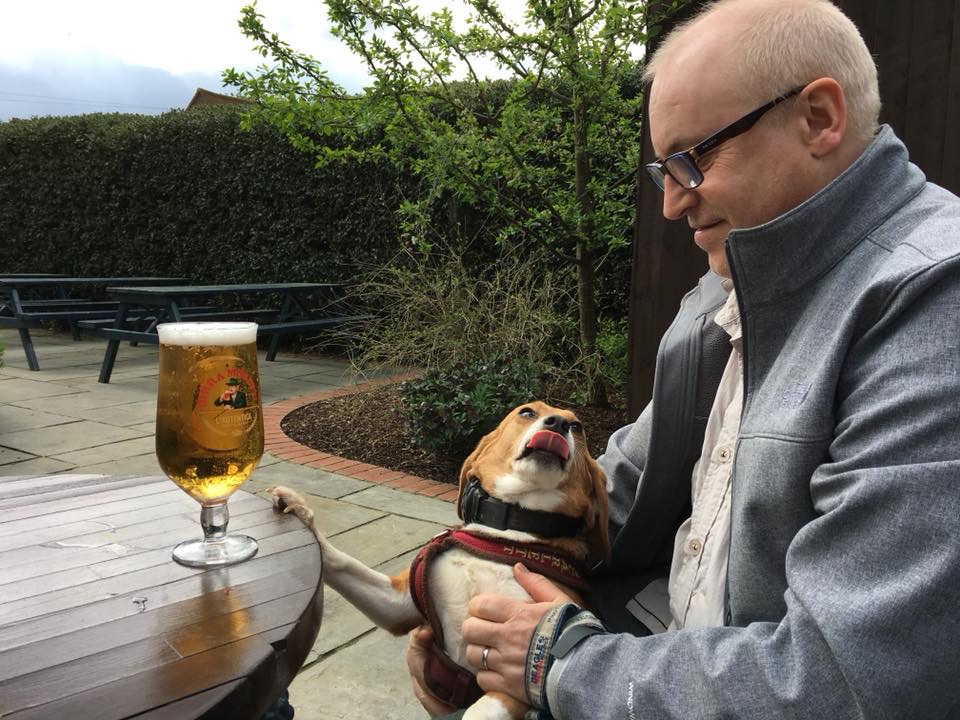 “Like many owners of rescue dogs, we often wished we could talk to Scarlett, but having suffered mental health issues myself, I know that it is very hard to say the right thing and provide meaningful comfort and assurance to someone with mental health issues. More often than not you open your mouth and unwittingly put your foot in it!"

What Scarlett has taught her family

Phil continued, “As speech is as good as useless, we must find another way. This is what Scarlett Beagle has taught us: human or non-human, make a difference through action, not words.

“The first duty of a dog owner is to make their fur babies feel safe by providing a consistent stable routine. We make doubly sure that Scarlett’s routine is consistent, day in, day out. 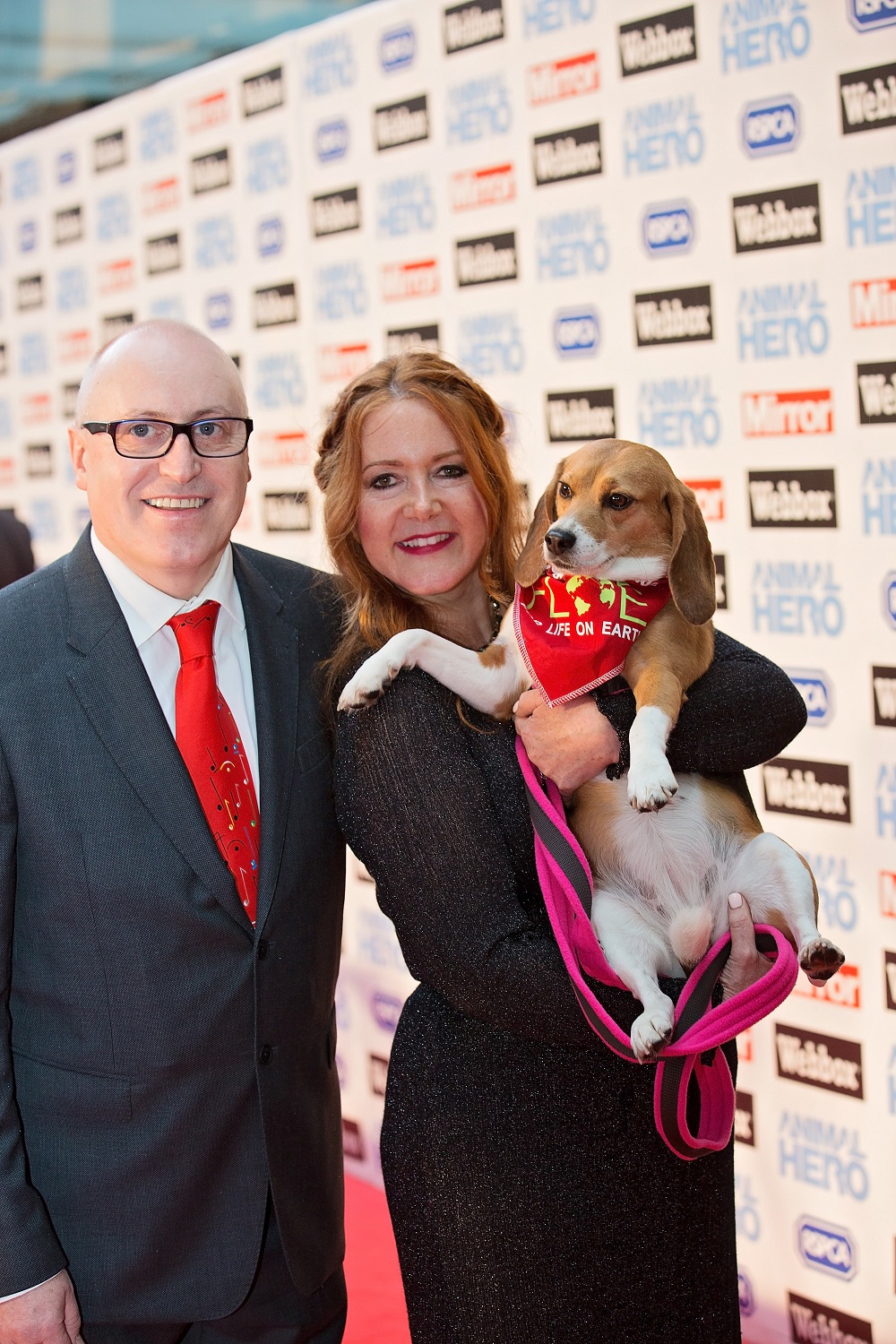 Scarlett with her mum and dad at the Animal Hero Awards

“We cannot erase Scarlett’s past memories, but we can diminish them by packing each day with good memories that overflow.

"In Scarlett’s case this includes running free in the forest (ok, on a long line to keep her safe), finishing every stressful situation we can’t avoid (such as a car journey) with something fun, letting her wake us up during the night so she can chase foxy out of the garden.

“We know this is working as she has far fewer depressed days, shows far less anxiety to prior triggers, has happy dreams of chasing foxy (with her legs and eyes twitching furiously!) instead of night terrors, and displays a cheeky, obstinate but immensely loving personality that grows stronger and more confident by the day.”