The dog is a sensitive and intelligent animal that relies on communication within his pack to thrive and survive, so as his ‘best friend’ we should have a grasp of basic dog lingo to help our relationship run that little bit more smoothly. And not just the verbal type. But too often it seems that people expect their dog to learn 'human' without doing him the same courtesy.

The canine vocabulary is made up of verbal, non verbal, spatial and many other types of communication. Our dogs are sophisticated enough to be seen flirting, chatting, changing the subject, introducing themselves and even doing the equivalent of reading the morning paper.

Christine Emerson takes you on a journey of understanding one of the most complex languages on earth.

Take a look at your dog – go on, take a good look at him and ask yourself how well does he talk to other dogs and how well do you think he understands what they are saying to him?  Is he rude or is he a gentleman? 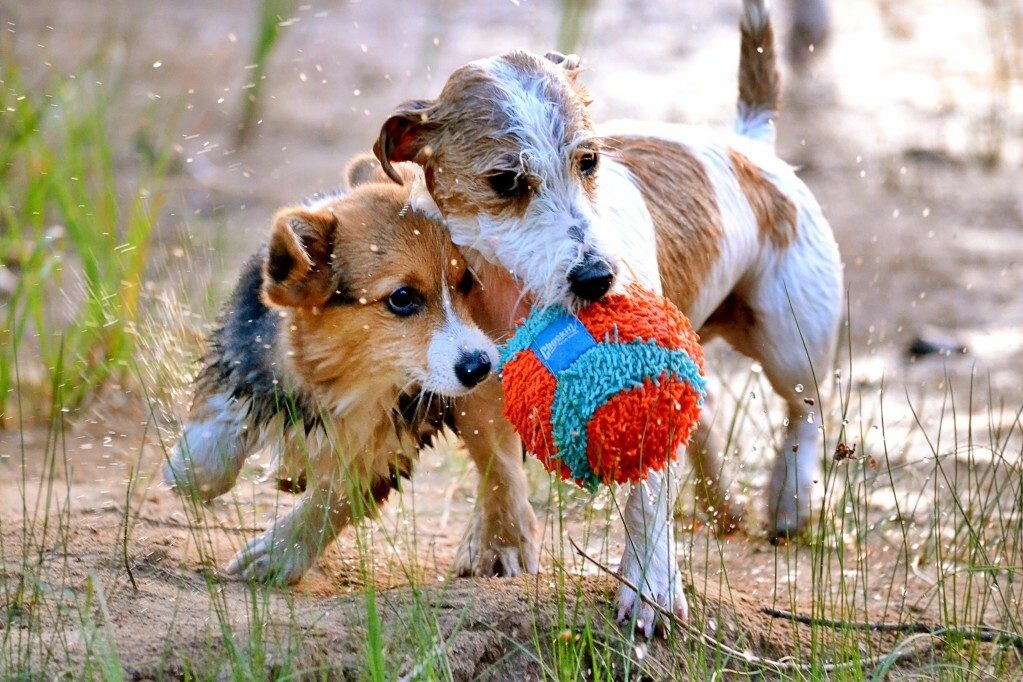 You can tell this by the way he approaches strangers. Eye contact, whether he approaches in a direct line or an arc, and what he does on initial contact are all markers of developed canine social skills.

Now take a good look at his coat.  Has nature helped him with eyeliner and an outline around his ears or is he a black mass?

Why Is His Coat Important?

Body posture is just one way that dogs communicate and this can be helped by coat decoration. A dark line of hair around the eye will emphasise direct eye contact or diffusing blinking and as the position of ears help to reflect a dog’s emotions, an outlined ear is another advantage.  However, I often hear people say their dog “does not like Black Labradors”. 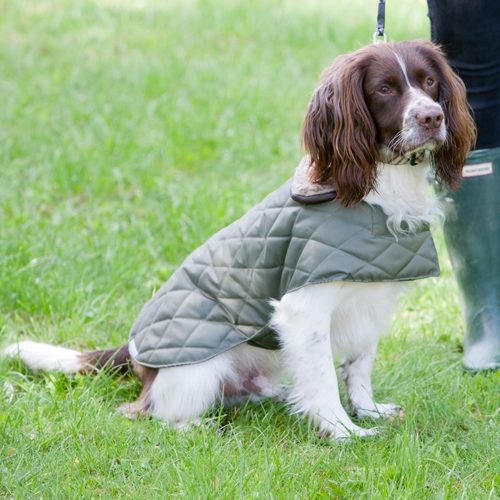 This could be because this breed is at a disadvantage when it comes to communication, because a dog’s eye sight is already quite poor and when a black mass comes over to say “hello”, with no definition to help say “I come in peace”, the other dog understandably becomes defensive and a row can follow.

Quite often, we can hinder our dog’s ability to communicate without knowing it. Poor walking equipment that interrupts a dog’s use of body language is a common mistake. A lead attached to a collar can create a direct stare when your dog may want to lower his head.

Head collars can force a dog to make eye contact when just the opposite is needed to avoid a confrontation.  Although socialising is important it should not be forced, it should always be at the dog’s pace and always off lead.

When we see dogs interacting it is easy to be sidetracked by the big things like teeth and tail, but it is the subtleties of dog communication that are the most telling.  An understanding of these is no more valuable than when humans interact with dogs.

It is no wonder that some dogs don’t get on with humans –we can be a scary bunch!  We see a cute dog and in our excitement approach with direct body language (facing straight ahead and hand outstretched), wide staring eyes (raised eyebrows) and bared teeth (a smile) – when we don’t understand and respond appropriately to their subtle warnings, it’s no wonder some dogs give us a smile back!

Understanding The Basics Of ‘Dog’

Dogs communicate by posture, scent and noise.   Postural communication includes the breadth of the chest, which teeth are showing if any, a ripple of the forehead and the height and movement of the tail. 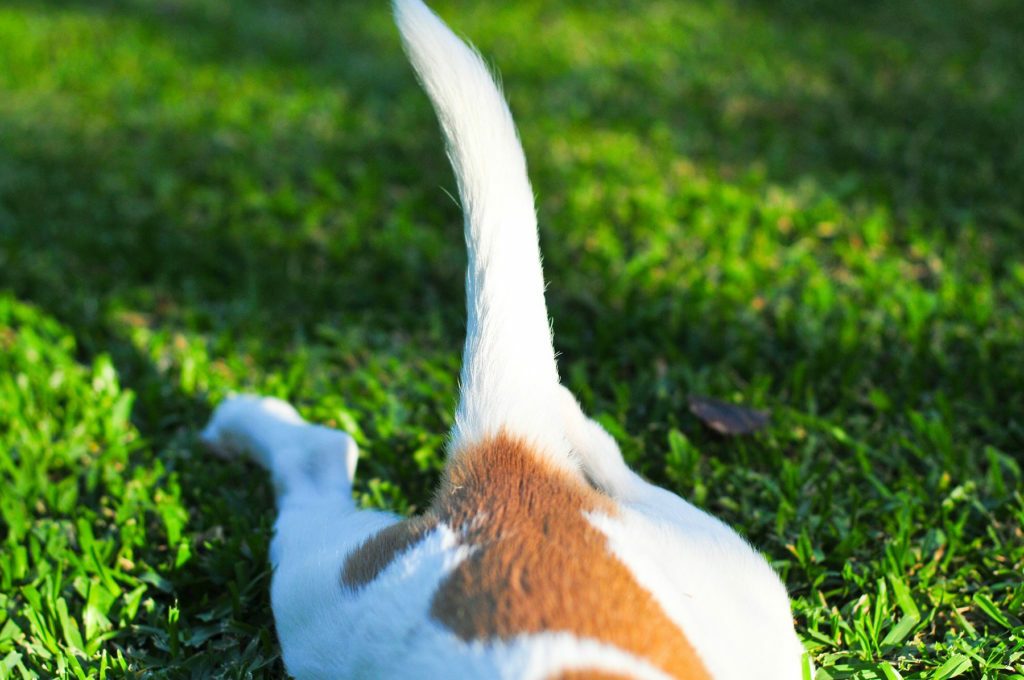 His movement as well as the rest of the dogs posture says on what basis the dog wants to interact if at all. The dog communicates its identity and well being by the smell it gives off.

How To Avoid A ‘Misunderstanding’

When you take your dog out for a walk in the morning, you will have noticed that he spends much of this time with his nose to the ground. He is gathering information that is relevant to him. 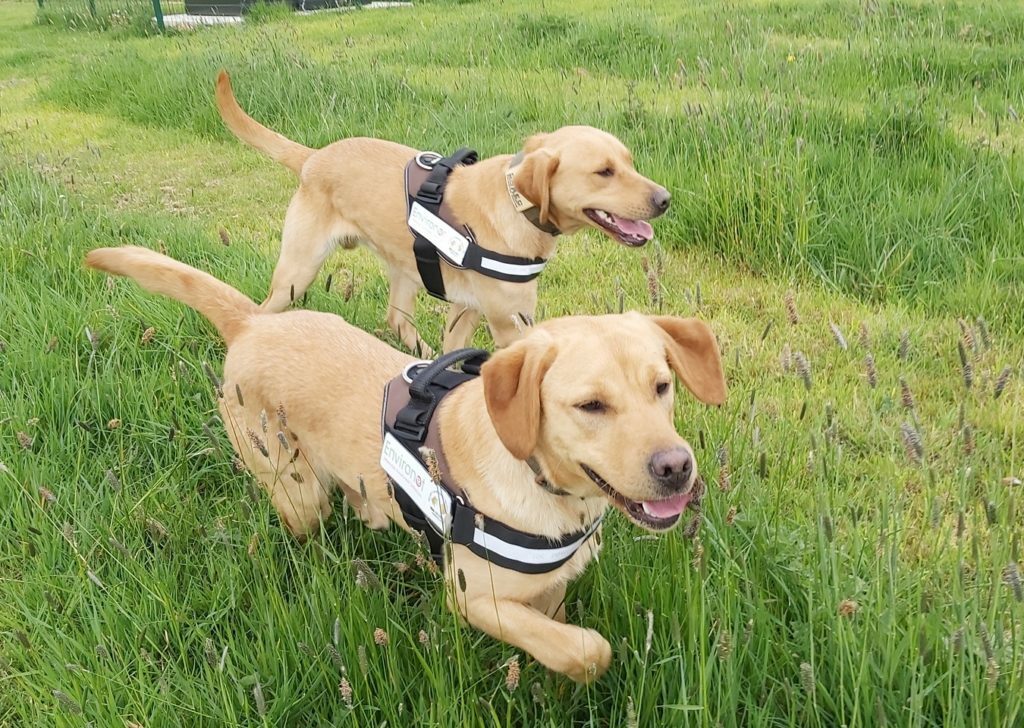 By doing this he will learn which dogs have been near or in his ‘territory’ and any messages they may have left for him. He is catching up on world events, like we do when picking up a paper.

Urine contains so much information that dogs wanting their scent to be noticed cock their legs (yes, even bitches) to leave the trail at nose height of passing dogs.

There are eccrine glands secreting sweat in the feet, a supracaudal gland on the upper surface of the base of the tail, there are many, many odours all over the body so your dog needs a good sniff when meeting a dog.

Calming A Situation Down

As with nearly every creature, aggression is always a last resort as survival instincts warn against conflict. Dogs have developed a sophisticated way of removing potential for ‘aggro’ .There are many examples of calming signals including licking lips, shaking, yawning, sniffing the ground and blinking. 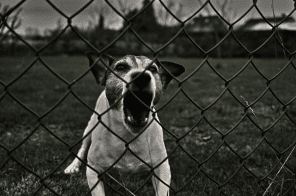 Some calming signals are deliberate actions that dogs do to diffuse the tension but most I believe are automatic physical reactions to stress.  Either way they work and most dogs display them every time they meet an unfamiliar dog.

Now take another look at your dog, what sort of personality is he?  It may sound anthropomorphic but dogs do have similar emotions to us.  Is your dog someone who intimidates by kicking back after a poop and a jut of her jaw or a lady with etiquette (except when the good looking Boxer gives her a wink and she flirts suggestively).

Dogs. They all have their funny traits that make them special to us. When did you first understand your dog and their behaviour, quirky or otherwise? Let us know the moment - we'd love to hear from you!