Of all of the problems that dog owners face with raising a pet, the trouble involved in housebreaking stands out as the most common. Puppy paper training is a way to effectively begin the house training process.

In fact, of the tens of thousands of dogs that get trained by professional dog trainers in schools, 80 per cent of the owners of these dogs complain of housebreaking difficulties upon enrolment.

The majority of these people always, without a doubt, cannot seem to get their new dogs to use the bathroom in the right place.

Yet, this problem can be overcome in a very short period of time just by understanding how a puppy's mind works. 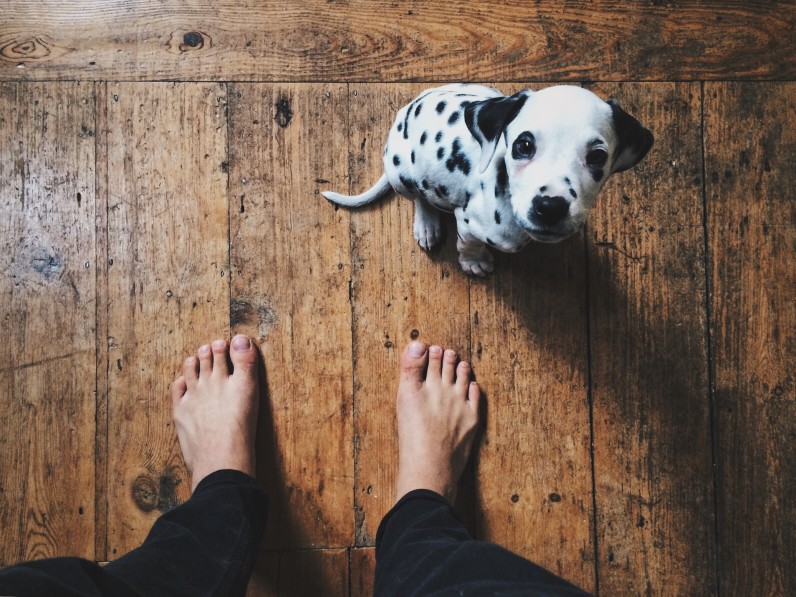 Most people seem to feel that all that is required to housebreak a puppy is simply to rub his nose in his mess, spank his bottom, and then throw him out the door – all the while yelling at the little guy.

This antiquated method usually accomplishes just one thing: It teaches the puppy that he must do “his thing” in locations where he can't be seen.

Soon, you'll discover piles of poop and stains of urine in the closet, under the bed, behind the couch, etc. The puppy has learned that if you see him soiling the carpet, he gets his bottom whacked and is banished to the loneliness of the outdoors.

So just by using common sense, anyone should be able to see that his mind works like this: If he can accomplish his mission out of visual range, nothing adverse will happen, no spanking, no yelling. He has learned that he must “hide” his accidents.

The Importance Of Proper Toilet Training

Many dogs that started out as house dogs have been banished to the backyard due simply to a lack of understanding by their owners.

In this modern-day of mobile homes, condominiums and apartments, yard space is at a premium, and there is really not much backyard left for a dog to enjoy. Proper toilet training is, therefore, a must.

Because dogs learn by associating their actions with pleasing or displeasing results, it would stand to reason that if your puppy is punished for soiling the wrong place, he must be rewarded for eliminating in the right place.

This can be considered as the key number one to the problem. It's the key that so many dog owners cannot seem to bring themselves to use. 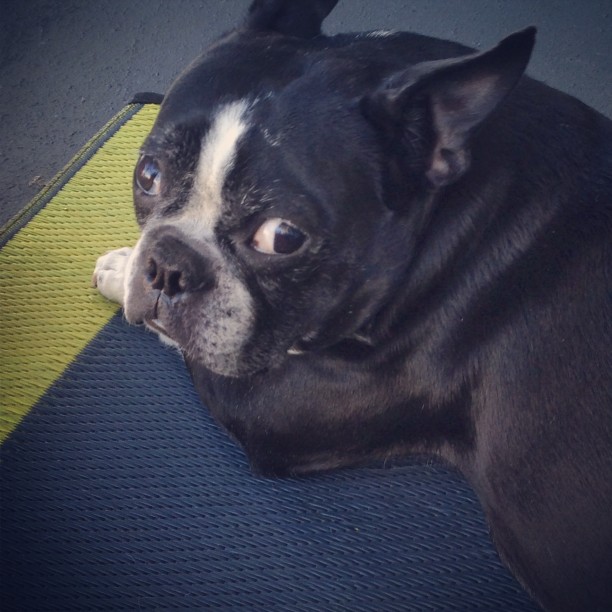 I am at a loss to explain why a dog owner can readily praise his dog for a correct response to the “sit” command, but can't seem to exhibit any praise to a proper behavioural response in toilet training.

Puppies Are Like Babies And Should Be Treated As Such

Because puppies (like human babies) must eliminate frequently (they lack control of bodily muscle functions), early paper training is advocated. The second key to success is supervision. A puppy cannot be expected to learn if you're not there to teach.

It must be assumed that during any 60 minute period, your puppy will have to eliminate at least once. It is best to begin your puppy's training the moment he awakens from one of his frequent naps.

Insofar as being practical, your puppy should be confined to the same room where his toilet training will take place. He must be able to reach his assigned spot quickly when nature's alarm sounds.

You should place your puppy on his newspaper immediately after he awakens. If he eliminates at once, he should be rewarded with verbal and physical praise. However, the praise and love must be genuine and heaped on with honey-sweet sincerity.

You must convey to your puppy you were pleased with his act. You cannot convey this idea if your praise and love or low-keyed and phoney. Your puppy is intelligent enough to sense phoney praise. 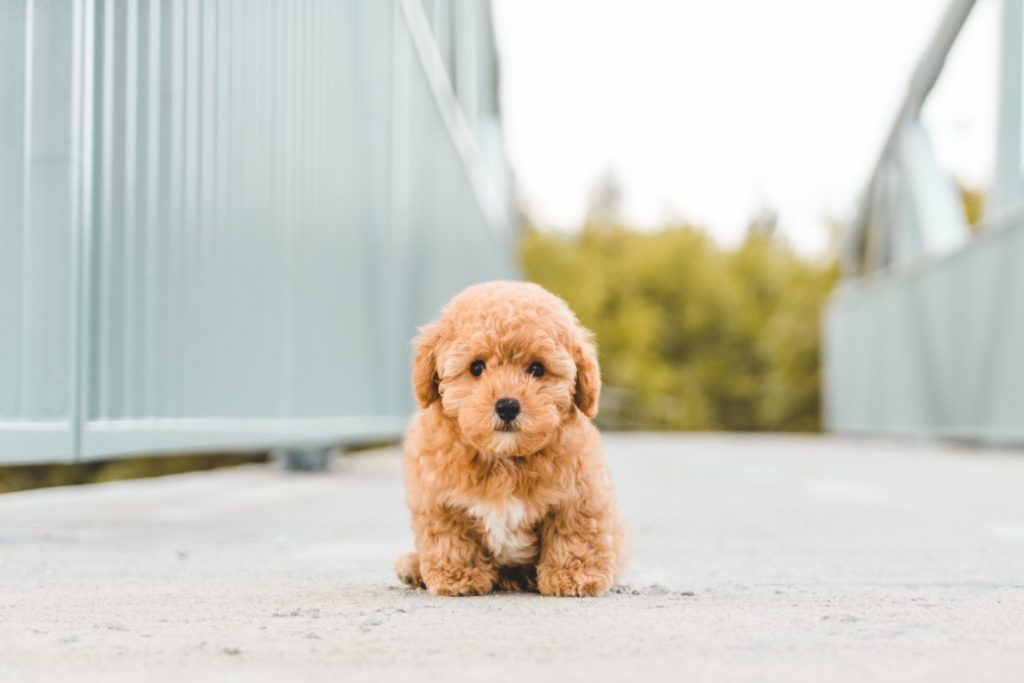 The puppy will eliminate again within 60 minutes. This is where the need for supervision comes in. You must be alert to the moment when your puppy drops his nose to the floor and begins sniffing. He should be instantly placed upon his paper.

Chances are, he'll try just as instantly to crawl off the paper. But he should be gently returned to it until he has been eliminated, and, again, praised highly for having done the right thing in the right spot.

If you should fail in your supervision, and the puppy has an accident, he should be corrected verbally, and instantly! To correct – or shame – the puppy after he has completed the act is a waste of time, and serves only to confuse his young mind.

The tone of voice is extremely important – and there is absolutely no reason to shout. If you develop a habit of yelling at your puppy, he will, in very short order, learn how to turn you off. Future words of admonishment then will fall on deaf ears.

So keep your admonishment low-keyed and shame your puppy, in the same manner, you'd shame a child you caught with a hand in the cookie jar, so to speak.

The absence of praise, together with the verbal shaming serves as a useful and meaningful correction. Catch the puppy in the act (not after the act) and verbally shame him. Place him on his paper, and praise him after he finishes the elimination process on the paper.

Odour Removal Is A Must

Key number three is eliminating any standard odours in those areas where the puppy has had accidents. In this way, nature will give you a valuable helping hand in housebreaking your puppy.

All dogs have a tendency to eliminate in the spot where their olfactory senses tell them other dogs have eliminated – or where they themselves have previously eliminated. 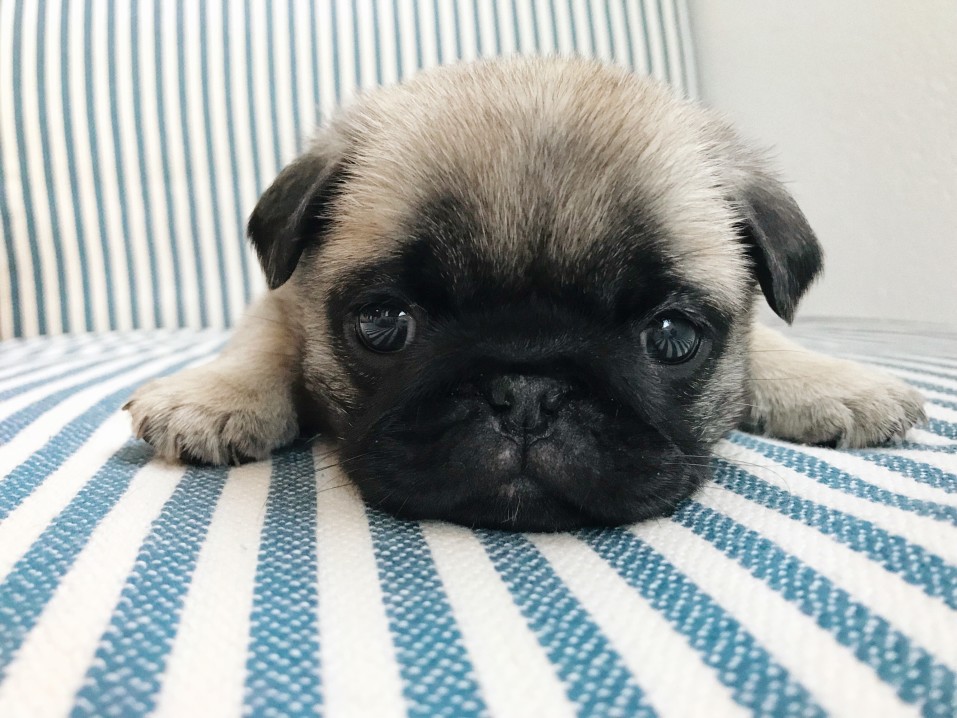 If you use water to clean a spot on the rug, you'll be compounding the problem due to the probability of mildew. Mildew is notorious for attracting a dog.

Use club soda to clean any accidents on a carpet. It is by far the best detergent for removing fresh urine stains and standing urine odour.

If you acquired your puppy for no other purpose than to be a decoration around your home, or perhaps no better reason than as a status symbol, you are certainly doomed to failure in your attempts to housebreak your pet.

It takes love and patience, and if there is no rapport between puppy and owner, you'll never be able to get your message across to your puppy.

It would be useless to supervise your puppy faithfully all day, place him on his paper every hour, then go to bed at night hoping he'll control his need to eliminate until you're ready to supervise again.

It just won't happen that way. You'll awaken to several piles of dog poop deposited neatly here and there.

The best solution is confinement to a particular room such as the kitchen or service porch. The entire floor area should be covered with newspapers, every night for about two weeks.

If your puppy is between eight and twelve weeks of age, you may have to cover the floor area with newspapers each night for three to four weeks.

They should be gathered each morning, leaving just one – and that one should be in the same place your original paper was when you started your paper training. 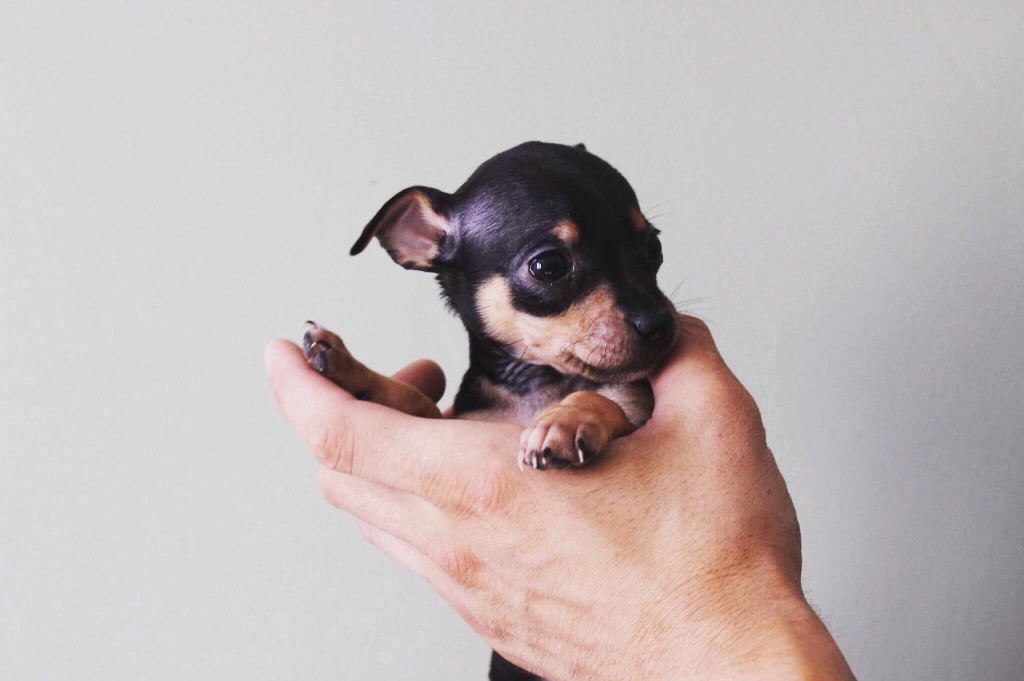 When you notice that your puppy is beginning to get the idea, then you may cover only half of the usual floor area at night, making sure that the area you cover is farthest away from the spot where your puppy sleeps, in that room.

The first morning you awaken and find all little piles deposited only on the papers, you may begin to gradually eliminate one sheet of newspaper, leaving a smaller area papered each night until you have but one newspaper.

Changing Up The Location

As your puppy grows, it may no longer be practical for him to eliminate a newspaper in your house. Changing the location is really quite a simple matter.

The newspaper can be moved to a selected spot in your puppy backyard – but only after your puppy has demonstrated that he knows what the paper is for, and uses it faithfully.

Take the newspaper – and your puppy – to the selected spot in your yard. Lay the paper down, talking to your puppy during the entire time, keeping his attention. Lay rocks on the corners of the paper to keep it from blowing away.

If your puppy gets on his paper and eliminates immediately, that's great! Praise him enthusiastically. If not, you may return to the house leaving the paper behind. Take your puppy with you, but keep key number two firmly in mind: Supervision!

Watch for signs of restlessness in your puppy, and be prepared to let him out. Don't just send him outside alone. Go with him. How can you possibly praise your puppy for making the right decision if you're not there? 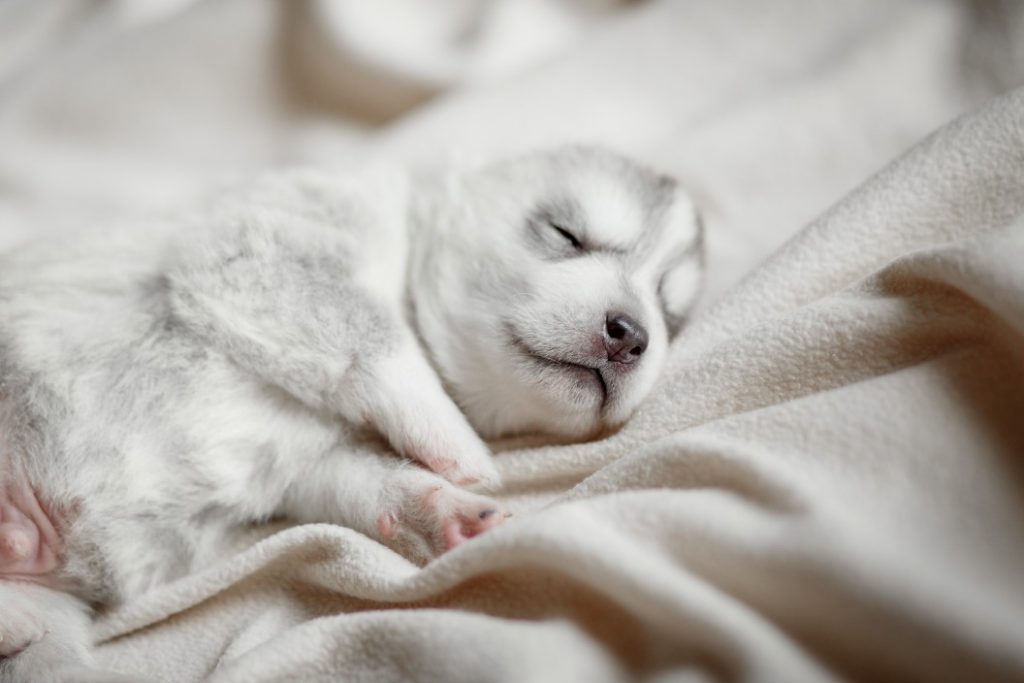 Praising the puppy after he returns to the house will cause the puppy to believe he's being praised for returning to the house, and not for eliminating outdoors.

Three or four occasions will be all that's necessary to get the point across.

If your puppy appears to have difficulty getting the idea, you may have to consider another form of confinement. However, please do not confuse confinement with punishment. Confinement at night is not punishment.

A wire show-crate is without a doubt one of the best “extras” a puppy owner can invest in. If the puppy is introduced to the crate properly, he'll have no negative thoughts about it, and, in fact, such a crate will become the puppy's bed.

It will offer complete security, and it will only take the puppy about three nights to discover that the crate is his bed. The canine is well-known for his aversion to soiling his own bed.

Crating your puppy at night will help to solve the problem of those puppies who have a hard time discovering just what the newspaper is for. However, when you open the crate first thing in the morning, get your puppy to his paper – and fast!

Remember, Your Puppy Is An Investment

By investing a little bit of yourself into your puppy's life, you will see the most remarkable change come over your pet. He won't grow up to be “just a dog”, but instead, a most delightful and well-accepted member of your family.

And as a final tip to the frustrated dog owner who is battling the challenges of potty training your dog, keep in mind the point we made earlier: Puppies are much like babies.

If you're a parent, you “potty-trained” your child in much the same manner as we've discussed here, didn't you?

You didn't rub your child's nose in his excrement and throw him on his little potty seat, all the while yelling at him. Instead, you went about it in a totally loving way – do the same for your puppy.