It had been the trip of a lifetime; a real-life rollercoaster that spun this way then that and having skirted with disaster became the archetypal victory for the human - or more to the point, the canine – spirit!

Alex was a 35-year-old, London based, former PR Director undergoing a career change. In her ‘new life’ she was one of 20 volunteers undertaking marine research on a coastal reef in Mexico.

On this particular sultry, rainy August morning the team were seven miles from the dilapidated local village of Mahahual on Mexico’s eastern tip, writes Mac Byrne.

This traditional Mayan village, like many others, is riddled with emaciated and aimlessly wandering dogs. Life is hard and in this forgotten paradise few animals are kept as pets.

With little or no veterinary care, dogs often breed intensely and there is seldom sufficient food to go round – it’s often quite literally dog eat dog! 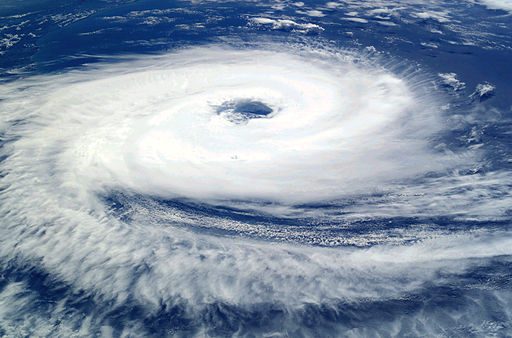 Sunrise had seen the arrival on the village’s rain-swept beach of a heavily pregnant dog of the indeterminate breed but with Bulldog features and Dalmatian markings.

With little or no water or food of its own and unable to venture too far due to its condition, the grateful dog had taken whatever the researchers could provide from their rations as they made their way across the beach.

Days passed and the wretched dog produced a litter of 3 equally desperate puppies, barely alive and ravaged by the worms and ticks that prey on such unfortunates in many hot climates.

Hand feeding the mother and her pups with whatever food they could find, the team did all they could to get the pups through the critical early days of their lives.

However, lack of sustenance and disease were not the only concerns for the new mother and her family. As the day wore on, the sky grew meaner and the rain angrier.

What had started life as a Cape Verde-type hurricane had intensified as it spun its way across the Atlantic, manifesting as category 5 - the highest-ranking - Hurricane Dean by the time it hit the Yucatan peninsula and more directly, the village of Mahahual – by nightfall.

Whilst anticipated, Dean made landfall with such intensity that the team were forced to evacuate to the local Mexican Army bunkers - which barely provided safety for the local villagers let alone the animal population - forcing the team to abandon the hapless mother and her pups to their fate. 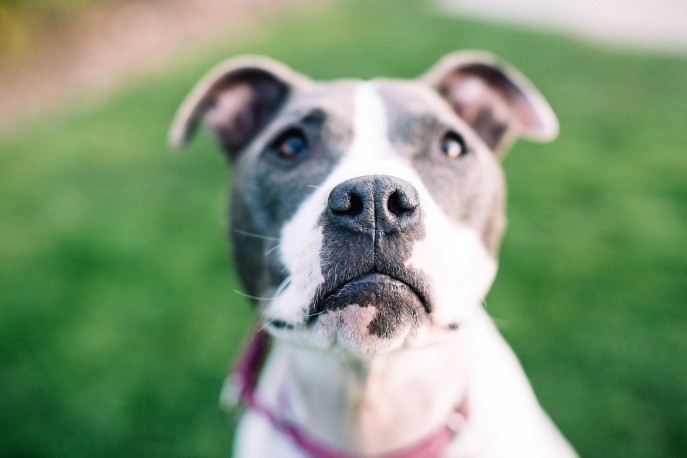 Having been battered and bunkered down for almost a week, the early dawn brought the unnatural serenity that follows such devastation.

As they made their way back towards their base near the beach it became painfully apparent that this had been no ordinary storm; vast areas of housing flattened; trees lying where they stood; devastation everywhere.

As they made their way to their beachside camp, their thoughts turned to the fate of their newfound family – which surely could only be a tragic one.

A frantic search proved fruitless until out of the mangroves lining the beach came a welcome sight for all eyes – one of the pups had survived, clearly cut and terrified, but alive!

The boy pup, whose obvious coat markings earned him the name Spot, was quickly adopted and rushed back to camp to begin ‘Operation life saver’.

Whilst Spot was plied with just about anything the team could find, he took a particular liking to ice cream which the team used to cool the little guy down and of all his carers, it was London girl Alex to whom he took an instant shine.

Spot quickly became smitten with her, lapping up all the food and attention he could get.

Amongst the devastation, the reef had been damaged and the project was cancelled. The volunteers headed to the nearest town – the tourist mecca of Playa del Carmen - to raise funds to help get the local villagers back on their feet and on with their lives.

Unable to bear the thought of leaving her newfound charge behind, Alex hid Spot in her rucksack, aiming to get him treatment from a local vet – should there be one - and to find him a loving Mexican home. 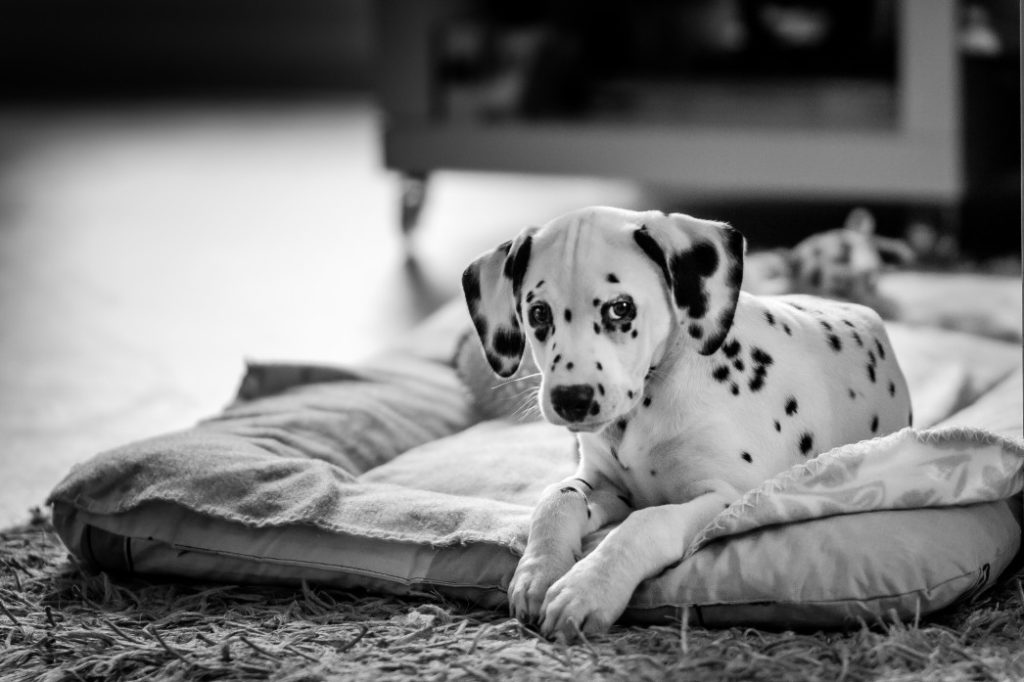 Seeking out the local vet to give Spot the once over Alex received the heartbreaking news that there was little hope of finding the required medical help and given the poverty and devastation the area had experienced, even less of
re-homing him.

With little or no chance of securing him a safe and loving home in Mexico, Alex decided to take Spot back with her to England.

Whilst she didn’t feel able to take a dog into her own transient home life she knew the chances of finding Spot the home he needed would be much higher back in the UK.

She set about persuading a vet to check him out, give him the necessary blood tests and treat him for heartworm – a potential killer amongst infant dogs – and ticks.

Under the International Passport Scheme, dogs can fly 6 weeks after a clear blood test; however, faced with the UK’s stringent quarantine laws, which demand a 6 month clearance period, Alex was forced to find an alternative route back to the UK.

This involved a detour to Amsterdam where Spot stayed with Alex’s grandmother until he was ready to complete his journey.

In a classic case of absence making the heart grow fonder, Alex made regular visits to the Netherlands to spend time with Spot and to ensure he was fit, healthy and ready for entry to the UK.

As the visits came and went and the bond of friendship grew, it became clear to Alex that she wouldn’t be able to let Spot go and she set about making lifestyle changes and a home for him with her in London. 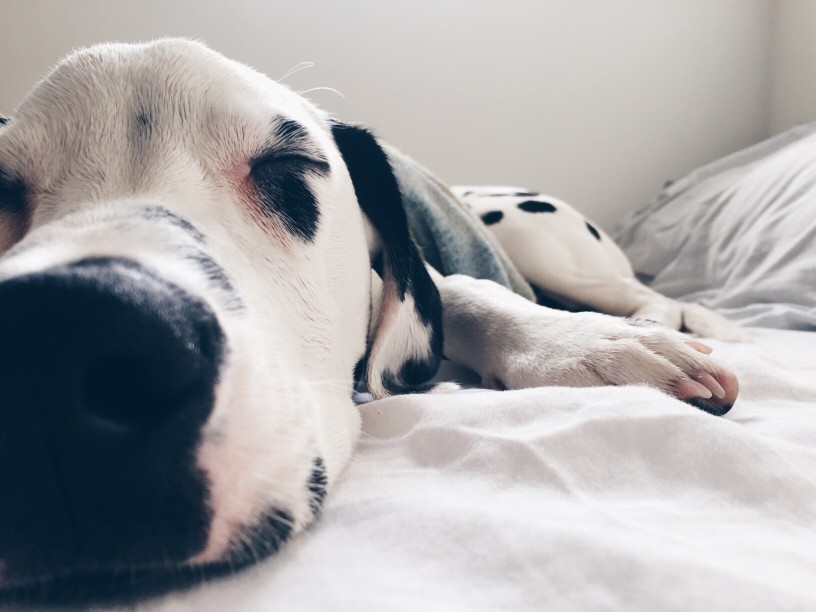 Forward to the present day. Spot is now in a loving home with Alex in Bristol where having enrolled him in dog training and ironed out a few understandable behavioural issues he enjoys endless walks, races with Alex’s mountain bike and cuddles.

Whilst still nervous in the wind and petrified of water - puddles in particular - Spot shows no sign of his tragic past.

A fairly new, hybrid breed, ‘Bullmatians’ like Spot are prone to sore wrinkles, cherry eye and breathing problems. When you combine the two, you get a pet that requires regular exercise but isn't as energetic as the Dalmatian tends to be.

Both dogs have a fondness for their owners and children, rather than toddlers. The Bullmation is easy to train and enjoys plenty of space to roam but may have a stubborn nature owing to their intelligence.

Most of the time they keep the traits of the Bulldog such as the snout and short hair, but take on the size and black and white polka dots of the Dalmatian, making for an extremely cute puppy that looks something like a speckled Boxer.

They are muscular and range in size from 20 to 50 pounds. 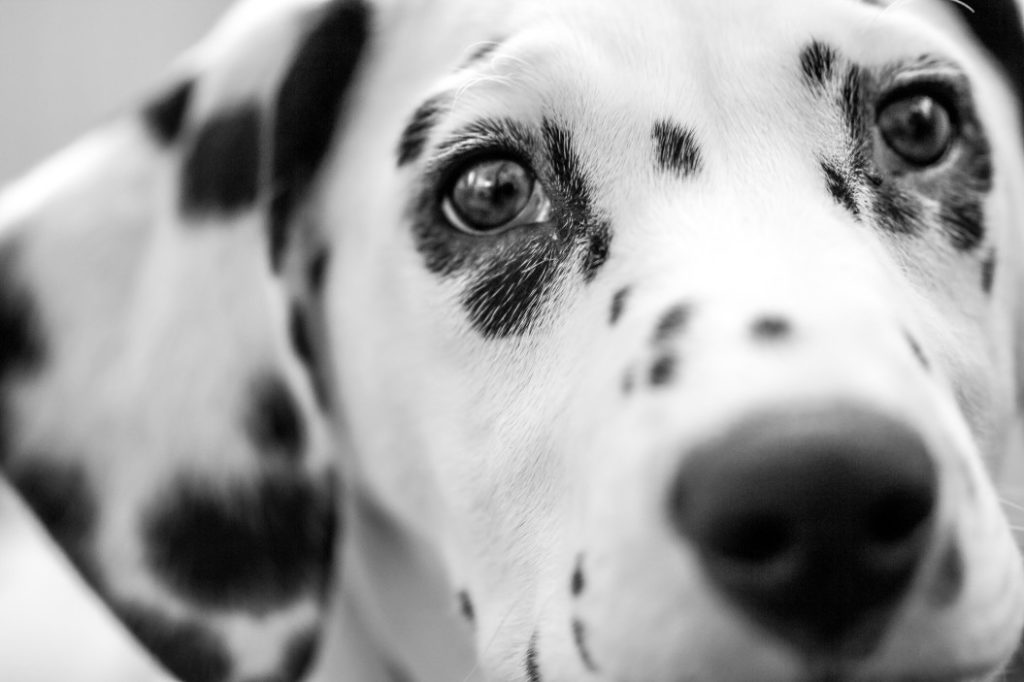 Andy and Jen MacDonald opened up the Peanut Pet Shelter shortly after moving to Playa del Carmen from the UK in 2007.

Having arrived in Mexico for a complete lifestyle change they began noticing the large number of abandoned and stray dogs wandering the streets.

Some are born locally; others are left behind when their owners move on. Unfortunately, the local government doesn’t have the resources or facilities to do much about it.

Dogs that are captured or turned into animal control are quickly put down.

The couple decided to do something quite radical for a country not famed for its love of pets and opened up their home as a shelter to collect, treat and re-house abandoned dogs.

The shelter currently cares for around 50 dogs - many of whom are young or small puppies - and has grown into one of the region’s favourite tourist attractions.

Visitors are encouraged to stop by and give the dogs their weekly bath getting them used to human contact in order to turn them from street dogs into potential pets.

Dean was the first hurricane to make landfall in the Atlantic basin at Category 5 intensity in 15 years.

The hurricane's intense winds, waves, rains and storm surge were responsible for at least 45 deaths across ten countries and caused estimated damages of US $1.5billion.

Mac Byrne is a freelance journalist living in Portsmouth with his wife, whom he married in Italy this year.

His career has largely been spent in the world of advertising and PR but he has recently branched out into human interest stories. His interests include sport, travel, photography and pets.