Dogs take their role as our friend and confidant incredibly seriously and being their companion, or parent, is a privilege that shouldn’t be taken lightly.

Across the UK there are tens of thousands of dogs in rescue centres and foster homes waiting for new owners. Millions more find themselves in similar circumstances around the world.

Some dogs find themselves in rescue as a result of unavoidable circumstances, others sadly suffer before being rescued. One thing that they all have in common is the hope that a bright future awaits.

To mark National Dog Adoption Day we shared the stories of six dogs to show that all it takes is for the right person to find them to bring this bright future about.

You can help to promote National Dog Adoption Day be simply sharing a photo of your dog using the hashtag #nationaldogadoptionday on any social media network.

Alfie is a Greyhound/Saluki cross who was seized by Cardiff Dog Wardens from a traveller’s site in between Cardiff and Newport, along with the other puppies almost eight years ago.

The puppies rescued had no fur whatsoever due to mange and had bites all over them which were considered to be other dog bites. Alfie was the only one who could be saved. 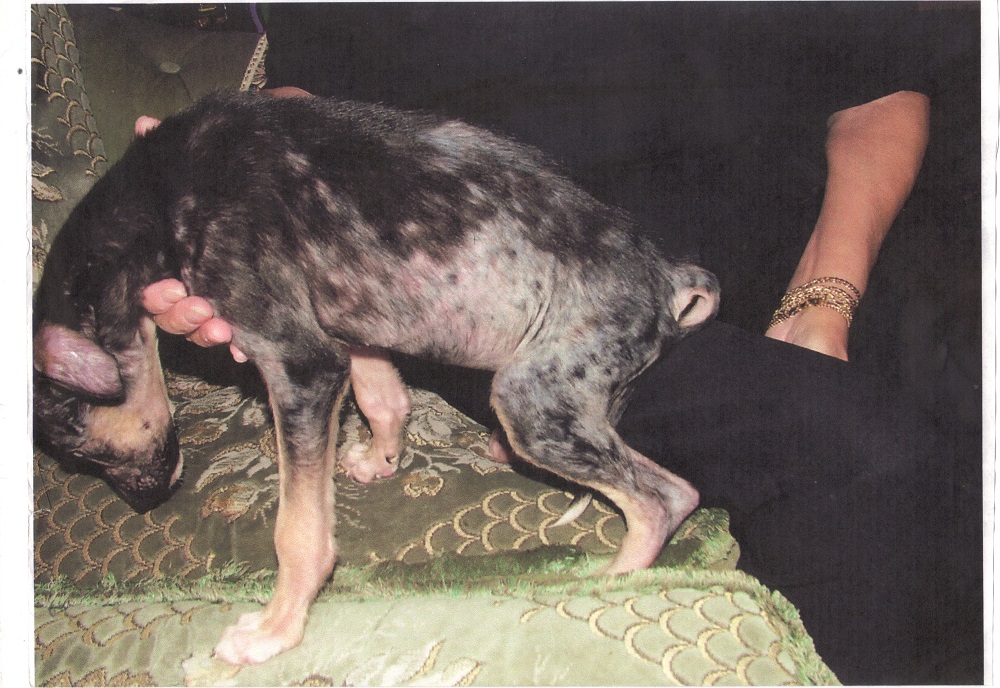 Before: Alfie's condition when rescued

“Our dog, Alfie, was rehomed from Cardiff Dogs Home after being seized from a traveller’s camp along with the other puppies. Unfortunately, Alfie is the only survivor as they had no fur, mange, and bites all over them and were starving.

“When I first saw Alfie after my mum’s late partner brought him home, I cried. “How can anyone be so cruel?” I thought! Hence his name, after Cilla Black’s record. Since he’s been rehomed, Alfie has so much love and affection for others it’s unbelievable! He loves children, other animals (including cats!), and adults alike. In fact, he’s so gentle he’s been attacked five times by different dogs [when he lived with his late owner]. 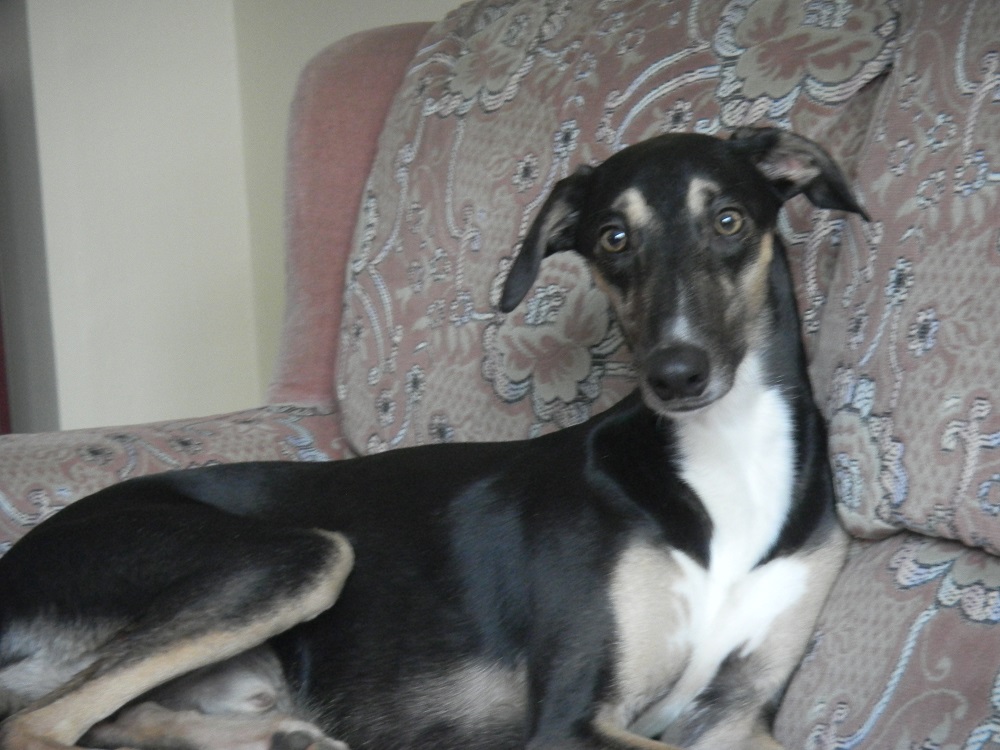 After: Alfie's owners say adopting him has been one of the best things they've ever done

“Over the last eight years we’ve noticed that he’s really loving and gives 150% back to us and, although he’s getting older, he still loves to play. Our lives have changed immensely after adopting him and to us, National Dog Adoption Day [Alfie is an ambassador for the campaign] means #ADOPT – DON’T SHOP!! Give a rescue dog a home – they will LOVE you for it! Adopting a dog has been one of the best things that we’ve ever done in our lives and it won’t end with Alfie!”

Bella, Charlie and Phoenix were all rescued by animal lover and Real Housewives of Cheshire newbie Leilani Dowding.

“I love being a dog mum. My dogs mean the absolute world to me. I advocate for adoption as there are so many wonderful dogs out there who need homes,” Leilani says.

Leilani recently moved back to the UK after living in LA. While there she rescued these three dogs and helped to set them on the road to recovery before finding them new homes.

“I brought Phoenix, Bella and Charlie home from three different trips to Mexico, and rehomed them once I got back,” Leilani explains. 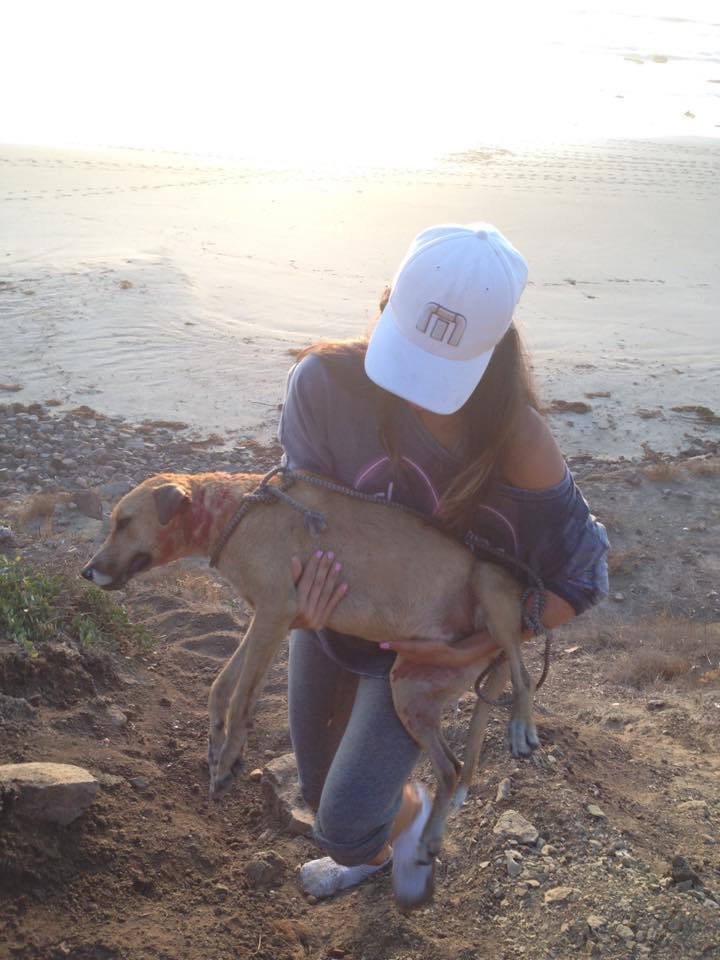 Before: Phoenix when Leilani rescued her

“Phoenix was the first, I found her while horse riding on a beach. She had been attacked by another dog. I jumped off the horse, picked her up, called for help and took her straight to the vet.

"She pulled through, someone took care of her for a week for me until I returned to take her back to the USA and could find her a new home.” 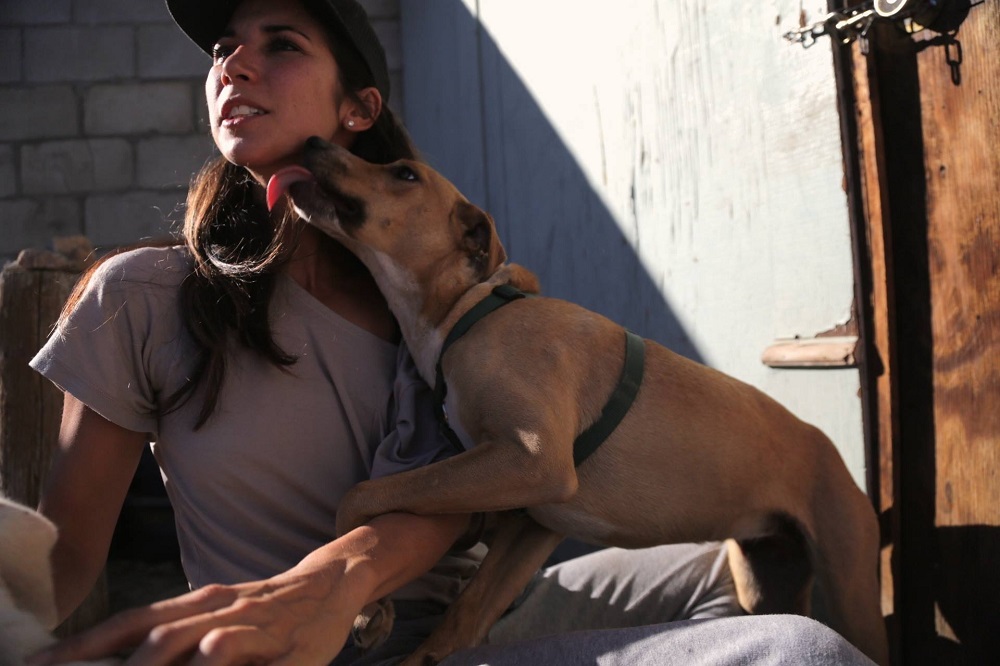 After: Phoenix with Leilani after being nursed back to health

On another trip Leilani helped Bella, she had to be nursed back to health before she could travel back to the US. 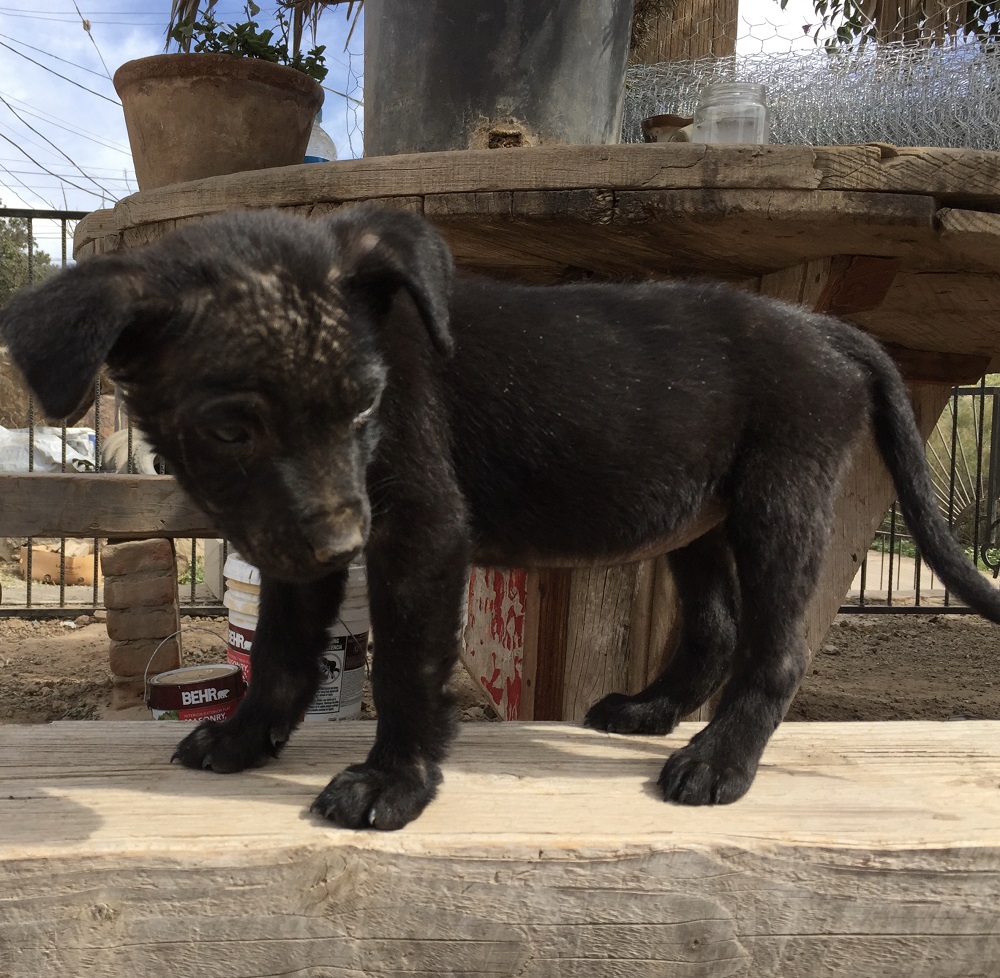 Before: Bella when rescued

“The lady who had taken care of Bella for me until she was strong enough to come to the US had found a little stray puppy, who was covered in ticks and fleas and full of worms. I thought I’d be able to find her a home back in the US so brought her back, and found her a home. She now lives in Bel Air.” 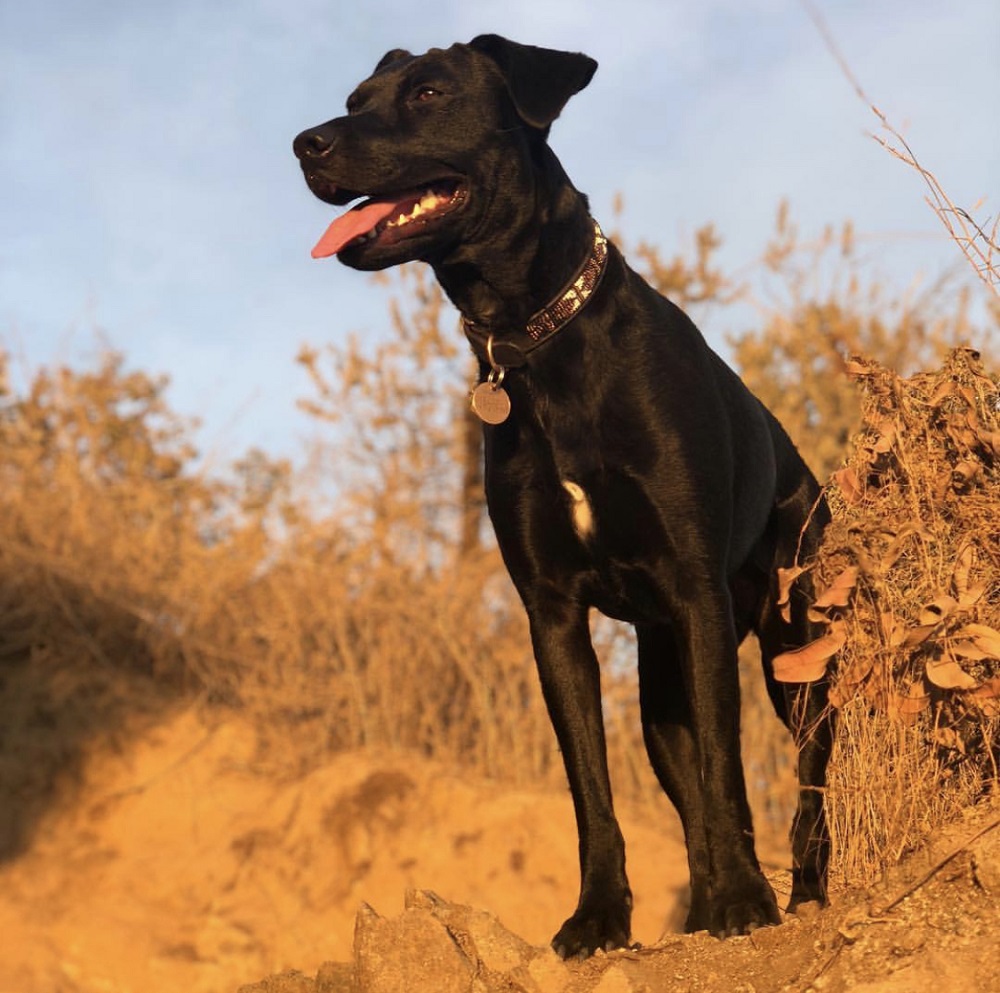 After: Bella living her best life after being adopted

And then there was Charlie. Leilani was on holiday when Charlie was found straying in a dangerous location. 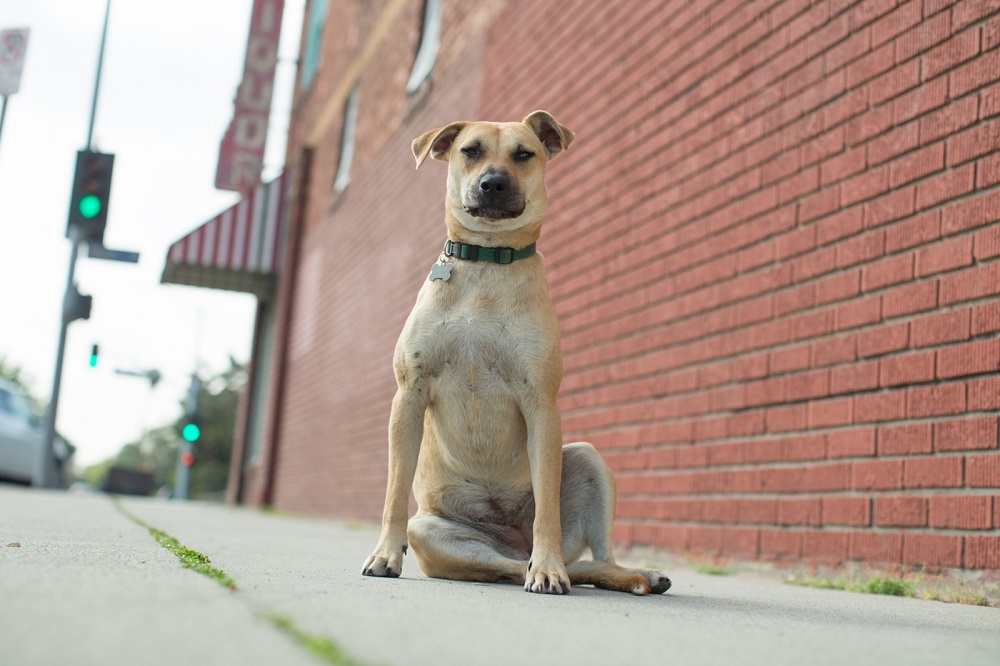 Before: Charlie when rescued

“My ex-boyfriend’s (boyfriend at the time) mum found her standing in the middle of a busy road, so we brought her back and he decided to keep her.” 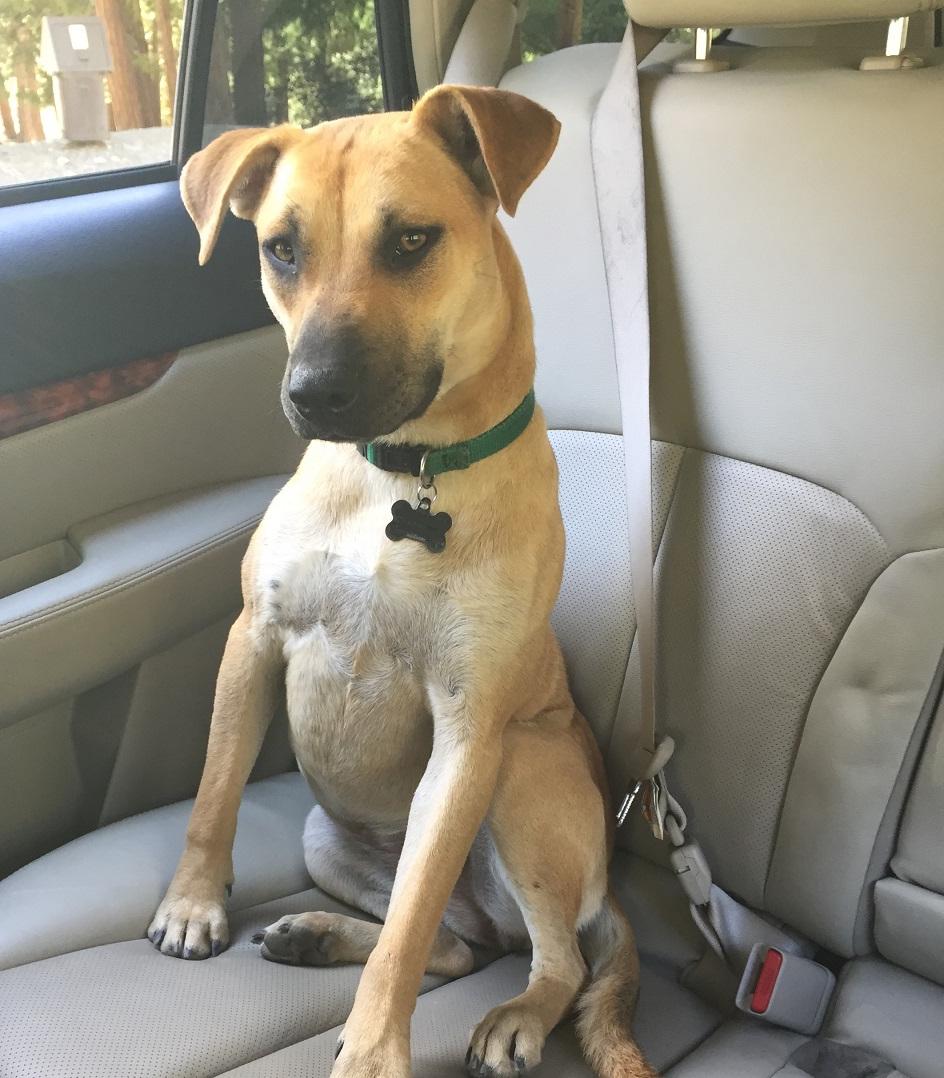 After: Charlie adopted being adopted

“One of my dogs now is a rescue and he’s an absolute joy. I would only ever rescue after seeing the difference it makes to them and just how many great rescue dogs are out there,” Leilani concludes.

Fernando was adopted four years ago after being abandoned as a puppy in a drainpipe in Spain with his sisters. 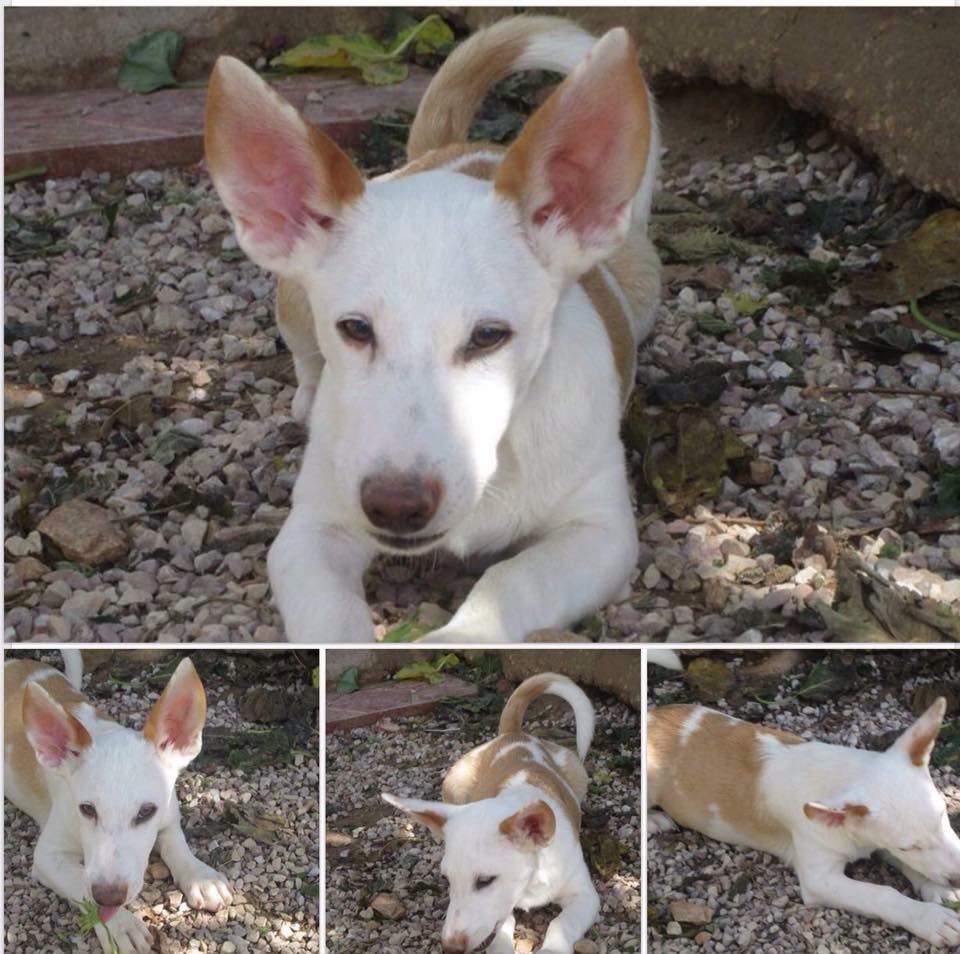 Before: Fernando before being adopted

His owner Mandy Griffin tells us “I can’t bear to think about what might have happened were they not found and rescued.”

She tells us how she knew Fernando was the dog for her.

“One Friday evening, I was sitting scrolling through Facebook. It was gone 11pm and I was just about to go to bed. Suddenly, I saw this face on the dogsblog page, my heart actually skipped a beat and I just knew he was the one!

Life has changed a lot since he joined her on the Isle of Man. Mandy is as a singing teacher, she says Fernando loves the extra strokes and attention he gets from her students.

“We enjoy runs along the beach most mornings and, as often as possible we head out to enjoy the beautiful scenery of the Isle of Man on our walks.

“Fernando is so full of life - funny, gentle, loving, boisterous, cheeky, and so very precious. Since coming to live with me, four years ago this October, Fernando has completely changed my life - I am fitter, healthier, happier and have a best friend for life. 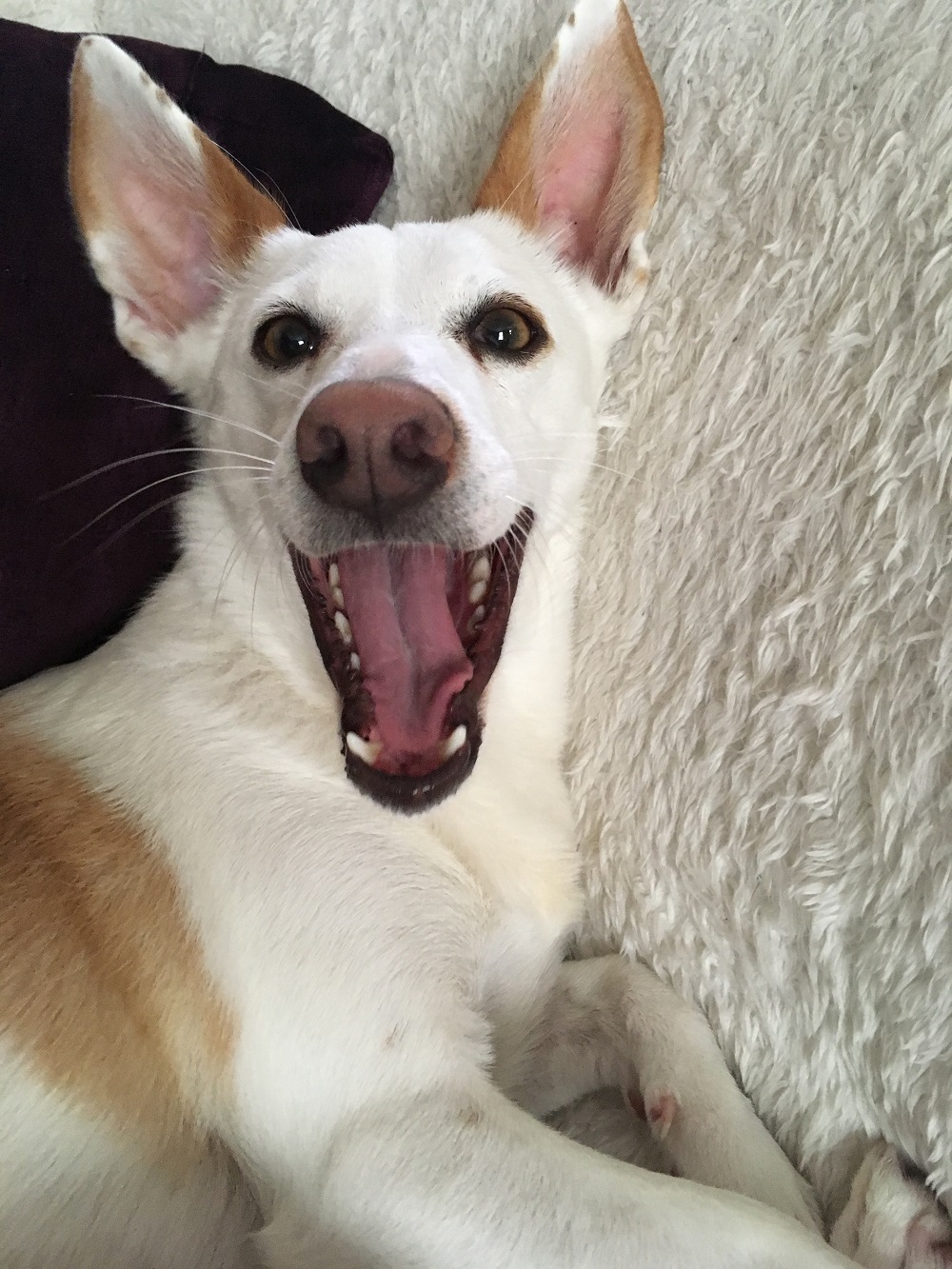 After: Did someone say smile! Fernando well and truly settled after being adopted by Mandy

“I am so grateful to Gilly at Starfish Dog Rescue for entrusting him to my care, and to dogsblog.com for the incredible work done to help finding homes for these wonderful dogs.

“Adopting a dog has been the best decision I have ever made. I can’t imagine life without him now.

“National Dog Adoption Day [Fernando is an ambassador for the campaign] gives such an important platform for awareness to be raised - not just of the stories of successful adoptions, but also for the many, many other dogs who deserve to be loved and who deserve to have a home. With Fernando, I feel that I have been the lucky one.”

Hugo found himself in the care of London-based animal rescue centre, the Mayhew earlier this year. A young couple, Zoe and Aaron met him and fell in love.

According to the rescue, “it was love at first sight” and “they bonded immediately”. But to bring him home, they had to move home because, despite verbal assurances from the estate agent that their landlord would allow them to bring a dog into the home, their formal request to adopt Hugo was refused. 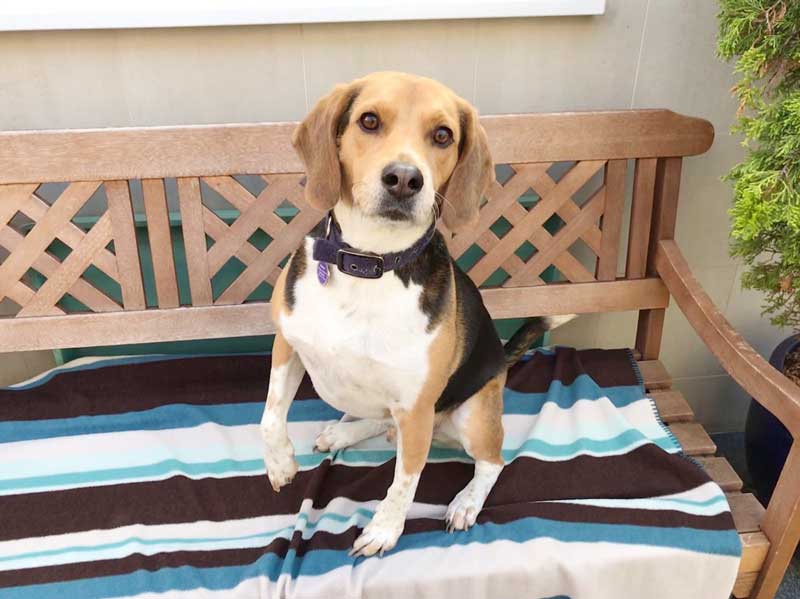 Before: Hugo before being adopted

So sure were the couple that four-year-old Hugo was the right dog for them they started a new house hunt, having only moved into that home a few weeks prior. Luckily it seemed fate was finally on their side – Zoe and Aaron came across the perfect property just a few days later and received the go-ahead to move in (and more importantly, adopt Hugo!) straight away.

“It was a really stressful experience, but we were desperate to have Hugo”, Zoe said. 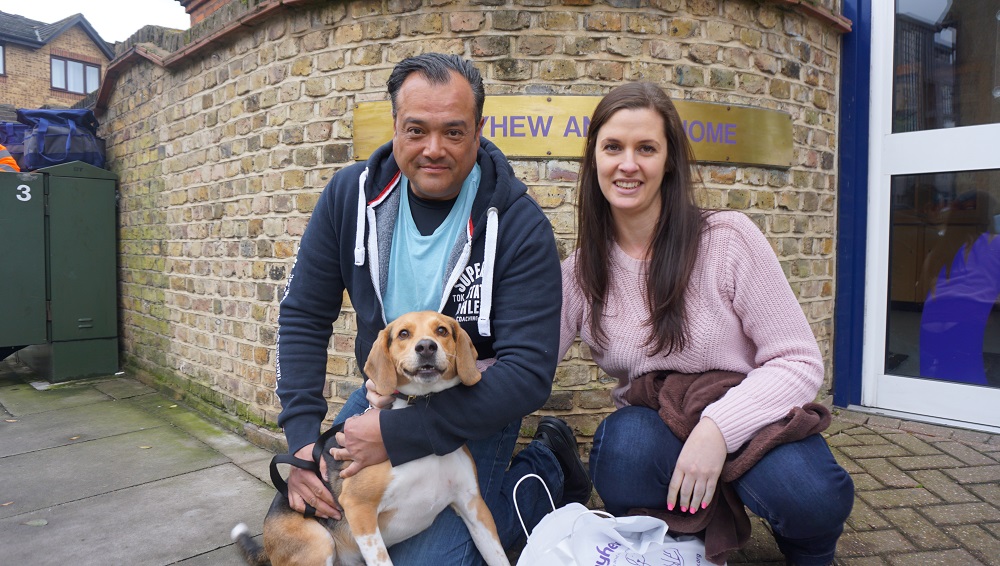 After: Look at that happy face! Hugo with Aaron and Zoe on going home day

“Aaron especially had really bonded with him, and we would have done anything necessary to make him ours. In the end, that meant renting two houses and moving twice in a month – but it was worth every second of hassle and every pound spent to finally bring Hugo home!”

Thinking about getting a dog? Please consider adopting. Visit www.dogsblog.com to see the many dogs of all shapes and sizes looking for new homes across the UK today. Bring joy, adopt a dog.

If you'd like to get involved and share your support for National Dog Adoption Day by sharing a photo of your dog on any social media account using the hashtag #nationaldogadoptionday.