Jawan M. Jackson is a Grammy nominated musical star. Currently starring as Melvin Franklin in the 12-times Tony nominated musical ‘Ain’t Too Proud: The Life and Times of The Temptations’ on Broadway, he tells us his best friend is his Shiba Inu, Haarlem.

He told us after moving to New York City to pursue his dream of becoming an actor, he found life lonely. “Even though I was starring in my first Broadway show, I felt like something was missing.” 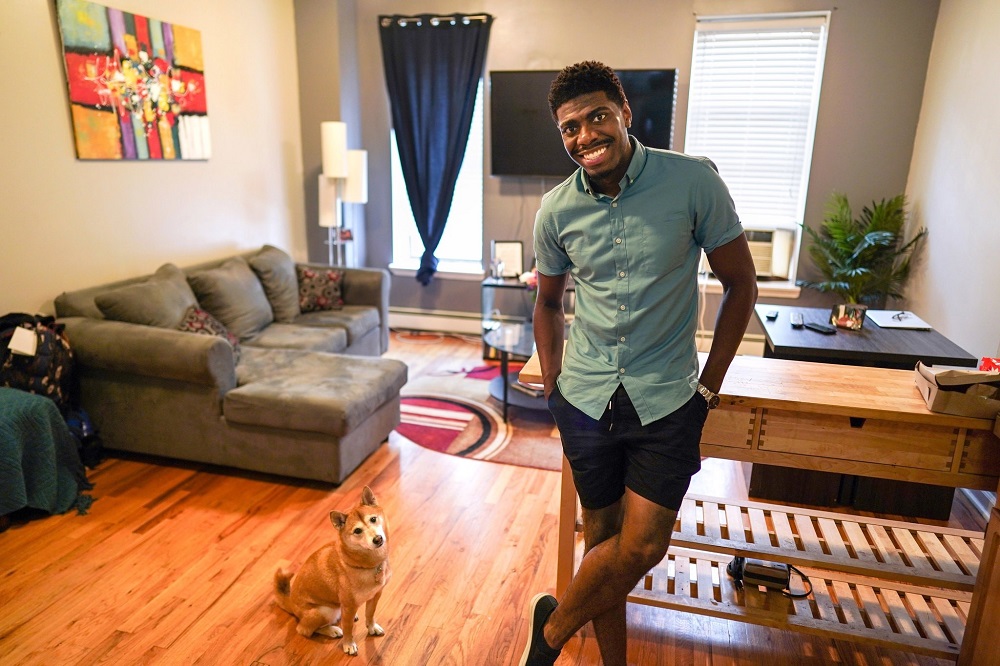 Jawan grew up with dogs, Tina a Labrador and later, a striking looking mixed breed called Furlough. When each dog passed, his heart broke and he didn’t think he could cope with the emotional impact of losing another. But he took a chance and says it’s the best decision he’s ever made because from the moment he met Haarlem, he felt an instant connection.

Seven years later, he says his dog has made him a better person and in some ways, saved him as he has now trained his clever dog as an emotional support dog.

Here’s his story in his own words.

'I was so attached to my childhood dogs, I didn't know if I could own another'

As far as I can remember I have had a love for dogs. As a child, I had my first dog Tina, a beautiful black Labrador Retriever. Tina was my first taste of responsibility. I loved her. One day I let her run outside to play unattended, note this was normal as she was trained to just run around the front yard and not go anywhere else. Unbeknownst to me, there was a dog across the street that my neighbours had just gotten. Tina became inquisitive about this dog and ran across the street and was struck by a car. I received a knock at my door shortly after revealing that my dog had been hit and was lying in the middle of the street. I was devastated and heartbroken that I had failed her and felt that I had let her down.

It was a few years later when we got another dog that was given to us by a family friend. We named him Furlough because my dad jokingly said we don’t know how long he’s going to be around, so he’ll be on probation to see how long he stays.

Well, we took good care of Furlough. He was an adorable mutt and quickly became part of the family. I don’t know what breed he was, but he had one brown eye and one bright blue eye. He was such a great happy dog, and my mother especially loved him.

On Halloween night, my sisters were walking him, and he got off the leash, and he too was struck by a car. It was then that I gave up on having a dog because I felt like we didn’t deserve them. Also, I was afraid because I had become so attached to both Tina and Furlough that my heart broke when they passed away. In fear of losing them, I was content at not ever having a dog ever again.

Life in the Big Apple

Fast forward to 2013 when I moved to New York City to pursue my dream of becoming an actor.

At the age of 25, I was a new kid in a big city and ready to grab life for all it’s worth. About eight months in I began to feel lonely. Even though I was starring in my first Broadway show, I felt like something was missing.

At first, I wanted a child because I thought that’s what I needed to fill the void of what was missing. I wanted to care and love something that would depend on me. It was then that a friend suggested I get a dog instead. 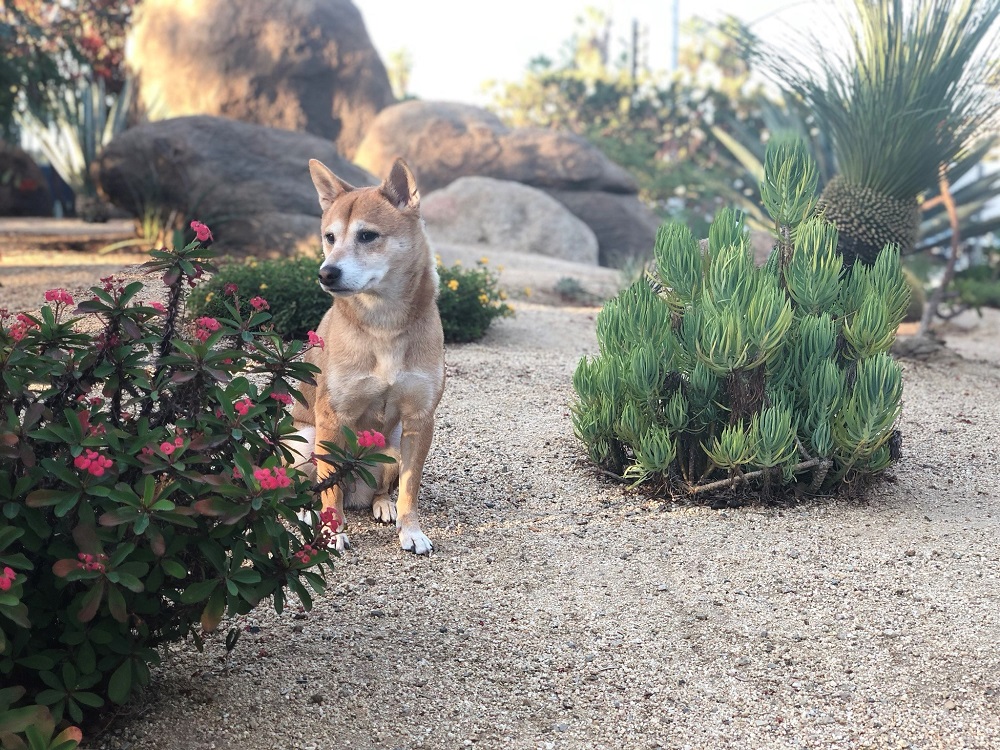 I was hesitant at first because of my prior experiences with having a dog. I had looked at other options for animals, but nothing felt quite right. I decided to be open to the idea of another dog and I started doing research.

Since I was living in New York, I wanted a dog that was appropriate for my apartment size and for being a travelling companion since I had started to get anxiety when I would fly. While looking I found the breed Shiba Inu, and I instantly fell in love because they were the prettiest dogs that I had ever seen.

I hadn’t known or heard anything about their breed before, so I was eager to see what they were like in person. A week before Christmas, I went around New York City in search of my perfect dog. I found somewhere that had three Shiba Inu puppies and my dog, Haarlem, was one of them. Haarlem was actually the very first dog I held during my search. 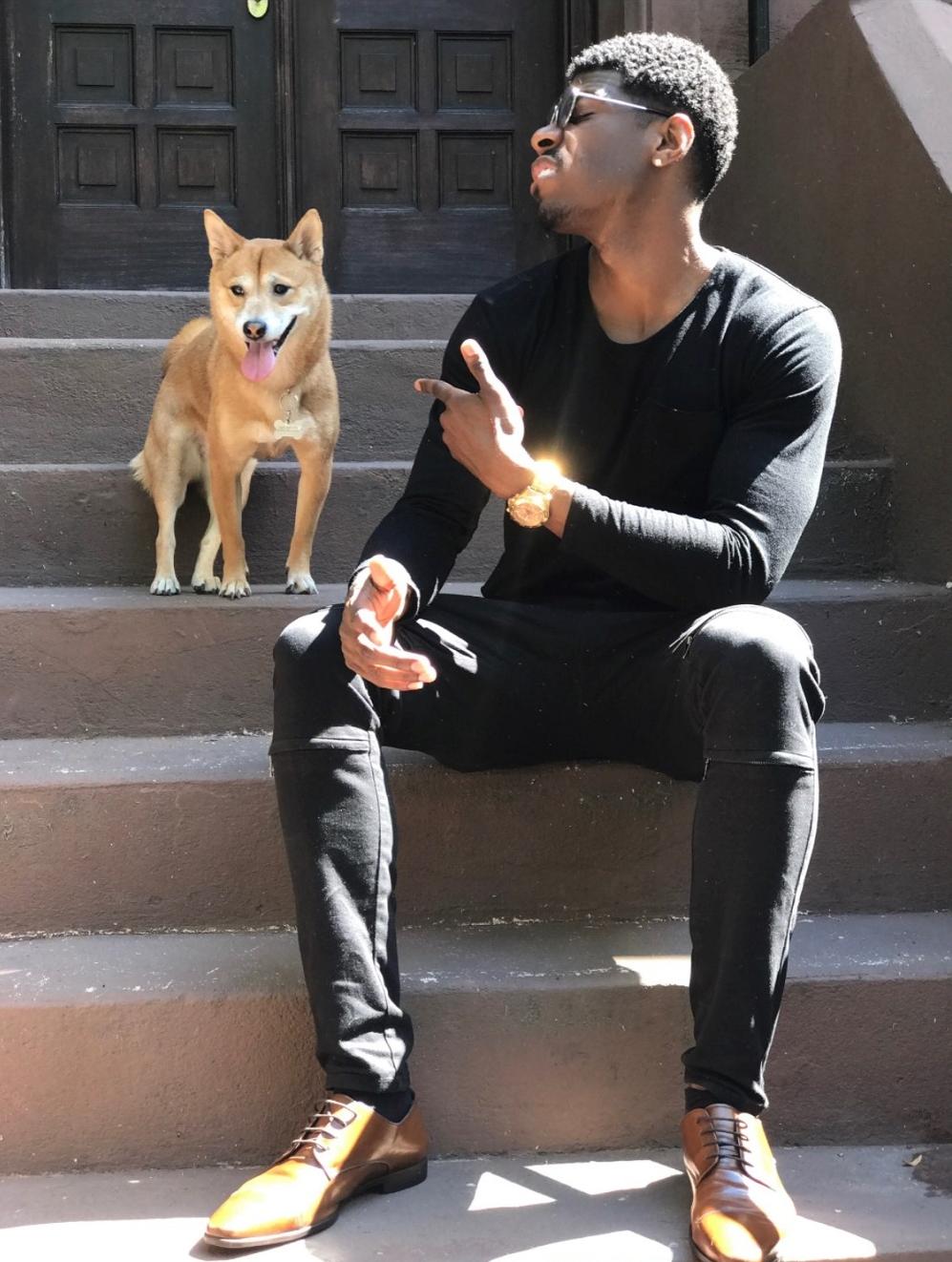 I fell in love and we instantly made a connection, but I wanted to make sure that she was the right one. I took a look at the other puppies, and the other puppies, I figured out, were not a good fit. I went to Haarlem again just to see if I was making the right decision. She sat in my lap and laid on my chest, and I knew I had to take her home. That is when our journey began.

I started training her by watching YouTube videos and her the first command she learned was 'sit.

From there, I started to socialise her with my castmates and their dogs. And, of course, I had to take on the challenge of familiarising her with the world around her, which was New York City.

She passed every test and even exceeded my expectations because she could, and would, outsmart me. Her breed is very intelligent, and for the most part self-sufficient so she learned a lot of things on her own or just by observing what I did. 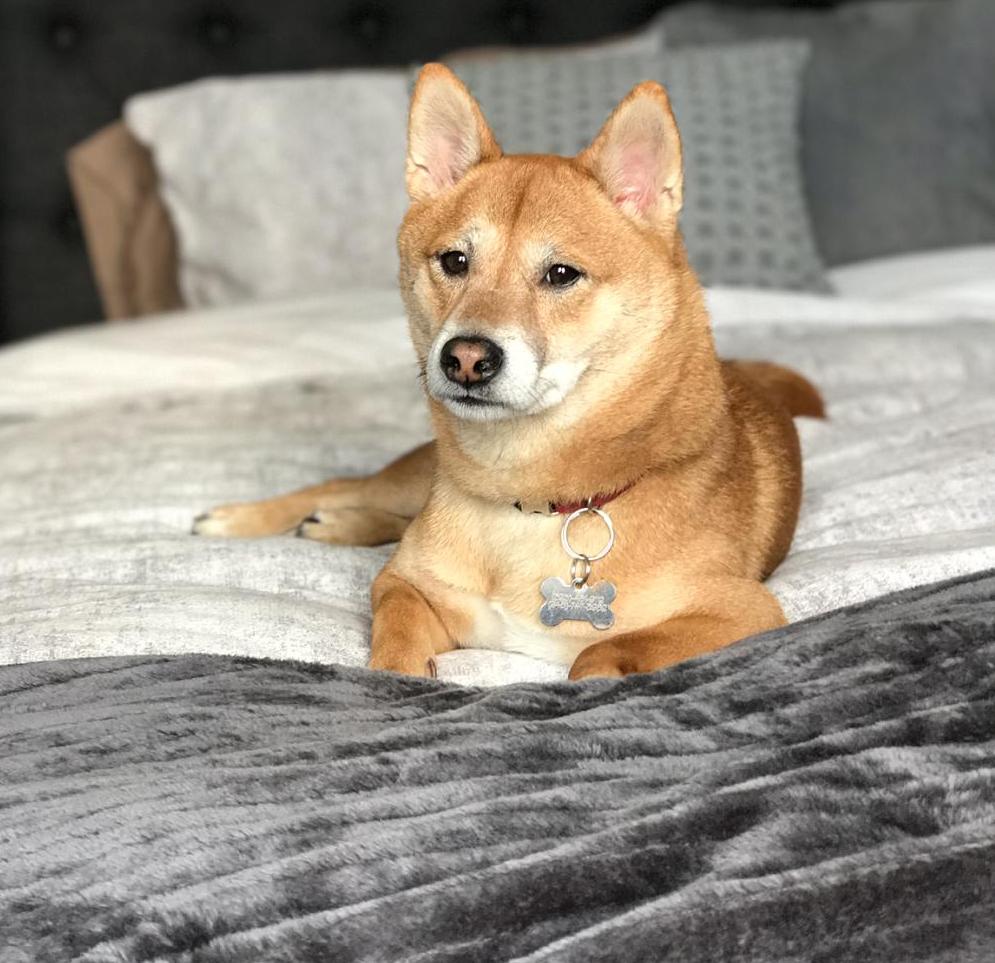 'Haarlem is the best thing to happen to me'

Seven years later and we have an inseparable bond. She’s become more than my dog. Haarlem is a best friend who always makes me smile no matter what I might be going through.

Her love and unwavering support have gotten me through many challenges and hard times. In some ways, I can say she has saved my life and changed it for the better. 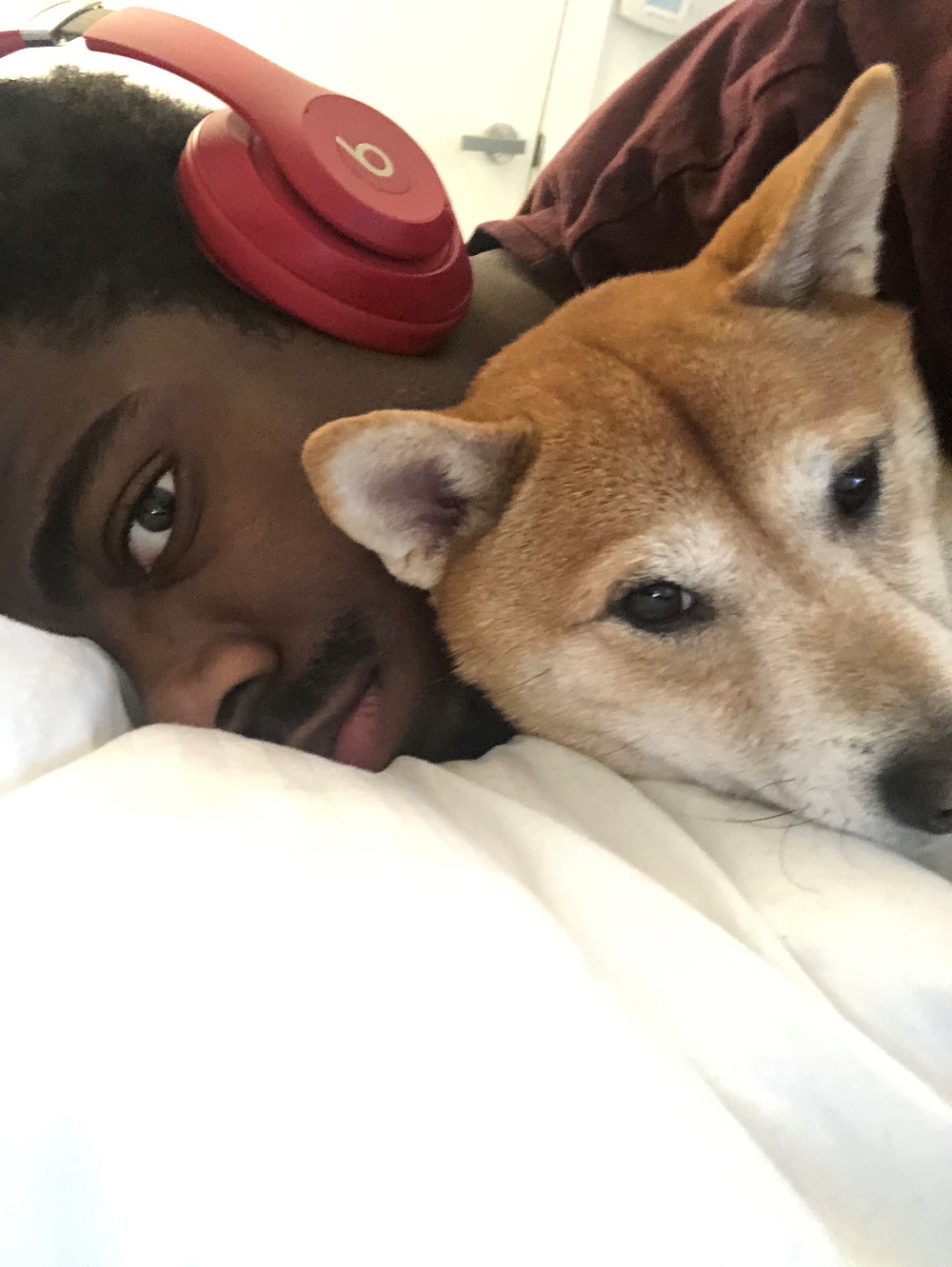 I’m a better friend, a better lover, and a better person because of her. She enjoys taking pictures, absolutely LOVES treats, and, of course, running around. At seven years old, she has the most youthful energy that I’ve ever seen in any dog.

Haarlem is the best thing to happen to me. She keeps me accountable with structure because I have to stay on top of caring for her which has bled over in the way I do things in life.

I truly don’t know what I would do without her - she’s the best decision I’ve ever made.