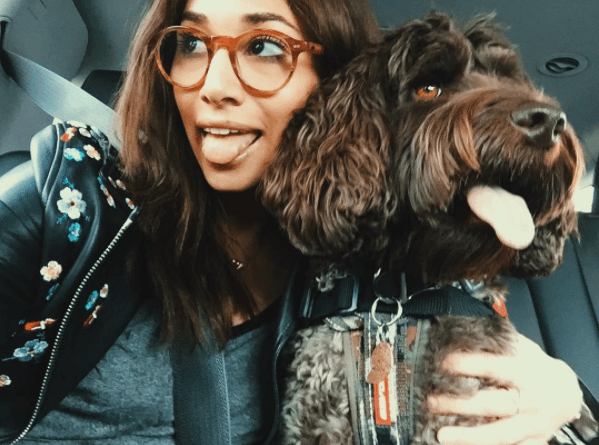 Meaghan Rath is a Canadian actress who most recently played Detective Clea Annou in the fourth and final season of the hit TV show, 'Rogue'.

We think it probably started in March when the actress shared this photo with the caption 'same, same'.

Which was followed by this photo which took a trip down memory lane with Jem and the Holograms.

We know the music's the music's contagious (outrageous) so if you need to get the soundtrack out of your head, listen here.

After that, Meaghan and Buggy opted for their own outfits.

She's openly admitted it's on her to-do list now.

And clearly getting into a groove with it.

We can't wait to see what Buggy gets up to next.

Loyalty Is Biggest Thing Humans Can Learn From Dogs

That's according to three models who have shared their stories with K9 Magazine as part of our series supporting Jasmine Dustin's #dogsoverdiamonds campaign. Here's...

What You Need to Know About Visiting Northumberland With Your Dog

When choosing where to holiday with your dog, what’s most important to you? Do you look for pet friendly activities nearby to get involved...