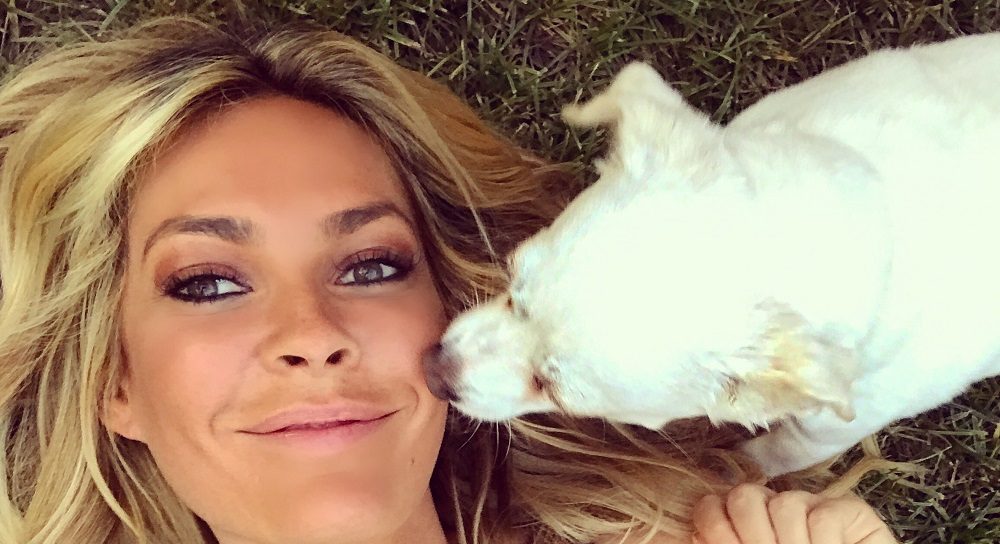 Meet Jasmine Dustin, a model and actress from the US who has a non-profit animal charity called Cause4Paws. In recent times her work has centred around helping the homeless and their pets find security.

As we read more about her work, a question came to mind - why are there so many models vs other industries involved in animal welfare work? Because there does seem a lot compared to other industries, doesn't there?

Jasmine tells us that however many we think there are, there are more than you know, or might suspect. A Pitbull lover, she tells us like dogs, we shouldn't judge a book by its cover.

We asked her to explain more.

Hi Jasmine! It's been a while since we last spoke, how are you? Tell us a bit about what you're doing at Cause4Paws.

I started Cause4Paws because animals became such a huge passion of mine. It started with visiting shelters and rescuing animals from death row as well as fostering, but it's grown over the years into so much more.

Being a model and an actress I travel a lot for auditions, I would constantly see homeless people with animals and it just melted my heart to see the bond that they had with one another. I knew that I wanted to make Cause4Paws not just about the animals, but to also incorporate the homeless and their pets.

I started small by just keeping dog food, blankets, leashes and treats in the back of my car and passed them out when I saw the homeless on the streets. Then I started going to Venice Beach and loading the homeless there up with everything that they needed to stay warm for the winter months with their pets.

I realised that what I was doing was fine but I wanted to help on a larger scale. I didn't want to just be giving them a handout, I wanted to give them a friendship and help them get off the streets.

How did you do that?

I started doing online fundraising for different homeless people that I made a connection with. There's been a few that have stayed and will continue to be near and dear to my heart.

Can you tell us about them?

Yes, I met an African American man named Albert about three years ago. He and his dog, Bliss were on the streets and he suffered from a heart disease, diabetic ulcers and seizures. When I met him I took him and Bliss in my car and drove them to the nearest Motel 6 that allowed dogs and they stayed there for over a year.

I spent Holidays with them, we went to lunches and watched many movies. I was by Albert's side the many times when he was in the hospital for his seizures. As of six months ago, I got Albert into senior living where he has his own apartment and is finally in a place he can call home.

Jasmine, pictured above with her own dogs

That's wonderful - you helped to change his path in life, amazing work. Congratulations.

Thank you. I've also been working with a homeless vet and his three dogs over the past three years. His name is Lorenzo and right away we became best friends. We spent days just walking the dogs along the rivers and talking about his life. In the past three years, I was able to raise money for a camper which he lived in for six months. From there I was able to get him and the dogs in an actual apartment.

My favourite part of helping Lorenzo over the past few years was throwing him and his dog a birthday party in the park. He had never had a real birthday so we gathered at a local park. He was given a makeover, new clothes and new hair. We all sat around in a circle and sang songs and had a BBQ. The smile on his and his dog's face was the reason I wanted to keep helping the homeless. All these years later it's become my passion and I spend my free time helping them.

And thats a wrap on my documentary. After 2 long years of helping Lorenzo and his pups they are off the street and into an apartment. #homeless #dogs #doggykisses #pets #pitbull #dogsofinstagram #pit #love #rake #documentary #filming #losangeles #puppy #pitbullsofinstagram #giveback #charity #cause4paws

There was a story some years ago about protesters for an organisation taking a dog from a homeless person because they felt a certain way about it. But when I see photos or read stories, what comes across to me is that there's a really special bond and relationship between a homeless owner and their dog, what's your experience been?

This winter here in the LA area I saw a man sitting in a drive thru parking lot with a small fire that he had built to keep him and his dog warm. I pulled over and knew I had to help. The bond between them was like nothing I had ever seen before. He was living for his dog.

What little food he had was given to his dog and the only sweater he had on this cold evening was on his dog and not himself. It's astounding to see the love that they share for one another when they live on the streets and only have each other.

As an industry, the modelling one seems to have a really high proportion of its stars involved in animal welfare with their own charities or collaborating with others. Why do you think this is?

Over the years I've found that a lot of models are very compassionate and huge animal lovers.

I think models sometimes get a bad rap but there's so many that give back. Being in the entertainment industry we are given a platform to be in front of millions of people, we should be taking advantage of that and somehow making a difference.

What's next for you and Cause4Paws?

I'm in the process of finishing my documentary about the work that I have done and the bonds between animals and the homeless. Here's a teaser:

It's been four years since we last caught up so we can't let you go without telling us how your four dogs are doing? When we spoke your oldest, Yogi was 12 and your youngest Minnie was around a year old. How are they all doing?

They're all doing great, thank you! I'm currently sitting and drinking coffee with all four of the pups on my lap. Yogi is 16, mostly blind with only a few teeth left. Besides having'doggy dementia' he is doing wonderfully. He is still as active as ever and enjoys bones and walks. He definitely takes advantage of getting all the soft food in the house.

Minnie is still as cute as ever with her long skinny legs like mine (laughs). She is so protective of me and just loves me to death.

Peanut has become my permanent neck pillow. It doesn't matter where I sit she finds a way to always get behind my neck and borrow like a cat. Stinker is as fat as ever and still living up to his name quite nicely. He's known as the bone-stealer in the house. He has all four bones in his mouth right now and is guarding them with his life. I'm so blessed and lucky to have them all still in such great health.

We're so pleased to hear it! Best of luck with the documentary, Jasmine.

Jasmine has launched a fundraising campaign inviting dog owners to share photos with their dogs with the hashtag #dogsoverdiamonds – read more about how you can get involved here: https://www.k9magazine.com/celebrities-show-support-to-dogsoverdiamonds-campaign-to-raise-funds-for-animal-rescue/

Keep up to date with Cause4Paws’s campaigns online and how you can get involved at www.cause-4-paws.com or find them on Facebook at www.facebook.com/cause4pawsLA