You've no doubt pondered that great mystery of the universe - why do dogs enjoy having their head out of the car window, but hate having air blown in their face?

Well, maybe they don't actually enjoy having their head out of the window, maybe they merely tolerate it in order to get another benefit, writes Simon Foden.

Experts estimate that dogs can catch a whiff of something that's one million times less concentrated than what humans can detect.

With so much sniff power, it's hardly surprising that they stick their heads out car windows. They could not care less about the scenery.

What they're after are smells. If you're driving through town at 30 miles an hour and your dog has his nose out the window, he knows where the bakery is, where the butcher shop is and which street leads to the local McDonald's. 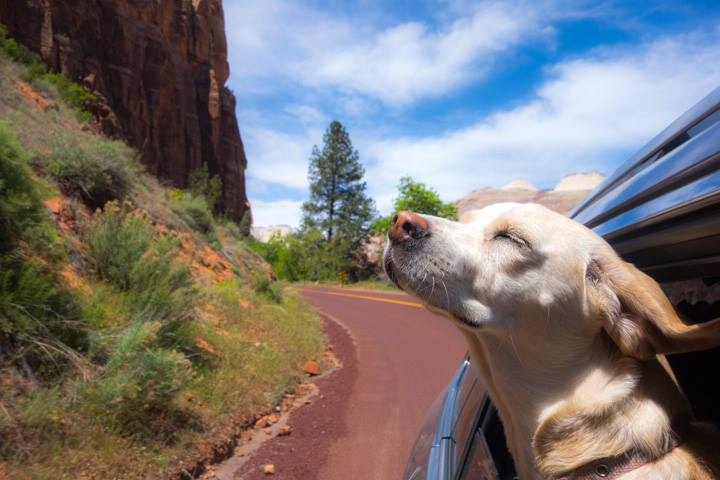 Dogs assume a characteristic expression when they put their faces into the wind: Their upper lips curl, their noses wrinkle, their eyes partly close, and their ears fold back.

There's a world of fascinating scents outside the car. This dog loves to hang her head out the window and sample every one of them.

All dogs, from the huge Great Danes to tiny terriers, have extraordinarily acute senses of smell. Their scenting ability is enhanced when they are moving quickly, which is one reason that they take advantage of open car windows.

Smells are so important to dogs that they have two separate systems for detecting them. One is the nose system. It consists of a huge amount of tissue called olfactory epithelium, which is loaded with scent receptors. 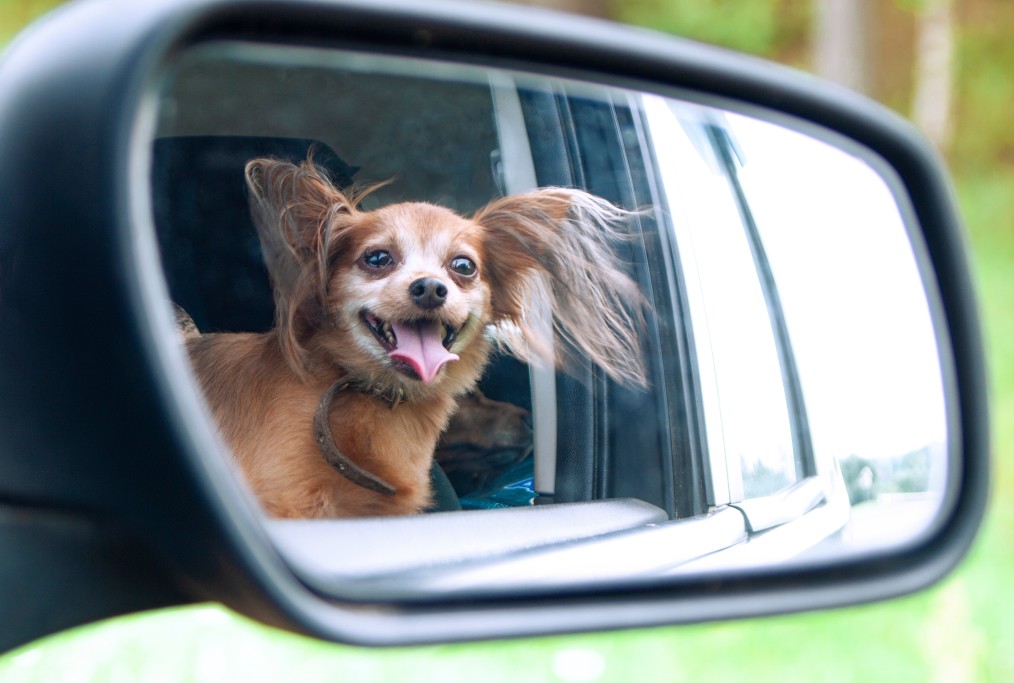 The more airflow there is, the more scents dogs detect. A dog's sense of smell is enhanced when they're moving quickly.

In the evolutionary scheme of things, this probably made them better hunters because they could load up on scents while chasing prey.

Dogs have a second smelling system that's headquartered in their mouths. Near the upper incisors is a tiny duct that leads to a specialised gland called 'Jacobson's organ'.

It's designed to capture and interpret the most primitive types of smells. Dogs depend on it to identify other dogs, choose a mate, and smell prey.

When dogs scrunch up their faces in the wind, it looks like they're catching flies, but what they're really doing is catching scents.

Try not to laugh as this dog's lips flap about in the wind.

The ability of the nose to make precise chemical distinctions is truly extraordinary.

Yet such "stereoisomers" frequently have a dramatically different odour, indicating that the nose can sort them out by their complex shape alone.

The molecule carvone, for example, has the odour of caraway in one of its stereoisomers, the odour of oil of spearmint in its mirror-image form.

Measurements of the acuity of the dog's nose suggest that the dog is many times more sensitive than a man to the presence of minute quantities of odour molecules wafting in the air, but the data are all over the map.

This is probably in part because the threshold for detecting different chemicals no doubt varies dramatically according to the particular chemical involved.

Some comparative studies have found that dogs can detect certain organic chemicals at concentrations a hundred times less than people are able to; for other compounds, the dog's edge may be a factor of a million or more.

In police and security work, dogs can detect the odour from natural gas leaks, concealed narcotics, explosives, and currency, all at levels well below the threshold at which humans are aware of the odour.

Bloodhound pup learning how to track

They could pick which of six identical steel tubes had been held in the hands of a person for no more than five seconds.

More than such a remarkable sensitivity to trace odours, it is the ability to pick out particular odours of interest from a welter of competing smells and to match and distinguish them that is the dog's most impressive olfactory feat.

This ability is surely a reflection of the dog's superior olfactory computing powers, for it requires not just smelling but analysing.

Dogs have no innate interest in the smell of people, narcotics, or explosives; but if trained repeatedly to focus on certain categories of smells, they can perform mind-boggling feats of cross-matching.