Labrador Retrievers Mick and Mack are on the hunt to root out Japanese knotweed, the country’s most invasive plant.

Responsible for wiping thousands off a property’s value and creating legal drama for home sellers, it’s the bane of many a home owner’s life. But Mick and Mack, the UK's first Japanese knotweed detection dogs, can detect knotweed rhizome, even in small quantities hidden beneath the ground in a matter of minutes - far more accurately (and quicker) than humans - helping owners to build a plan to combat the pesky plant. 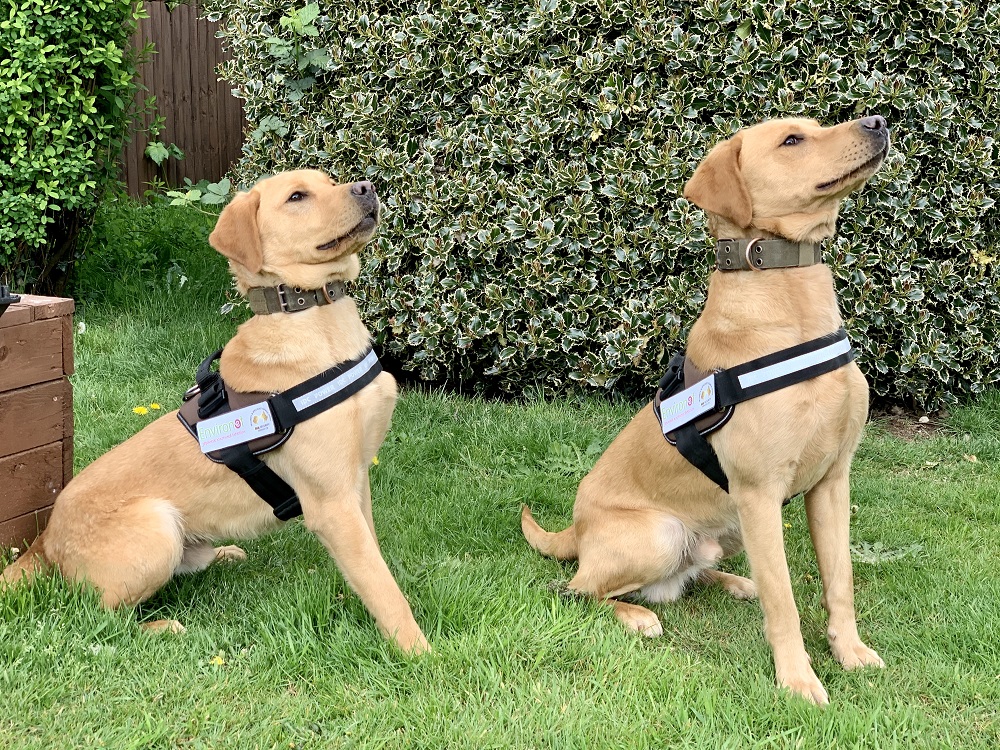 The dogs, who will indicate the presence of Japanese knotweed by ‘freezing’, or staying completely still when it’s detected, were trained for Environet UK by RFA Security, who provide security and detection dogs for various purposes including finding explosives, narcotics and even bedbugs.

Japanese knotweed was introduced to the UK from Japan in the 1840s and now thrives in our parks and gardens, along waterways and railways. It can grow at the incredible rate of 10cm per day to reach up to three metres in height by late summer. 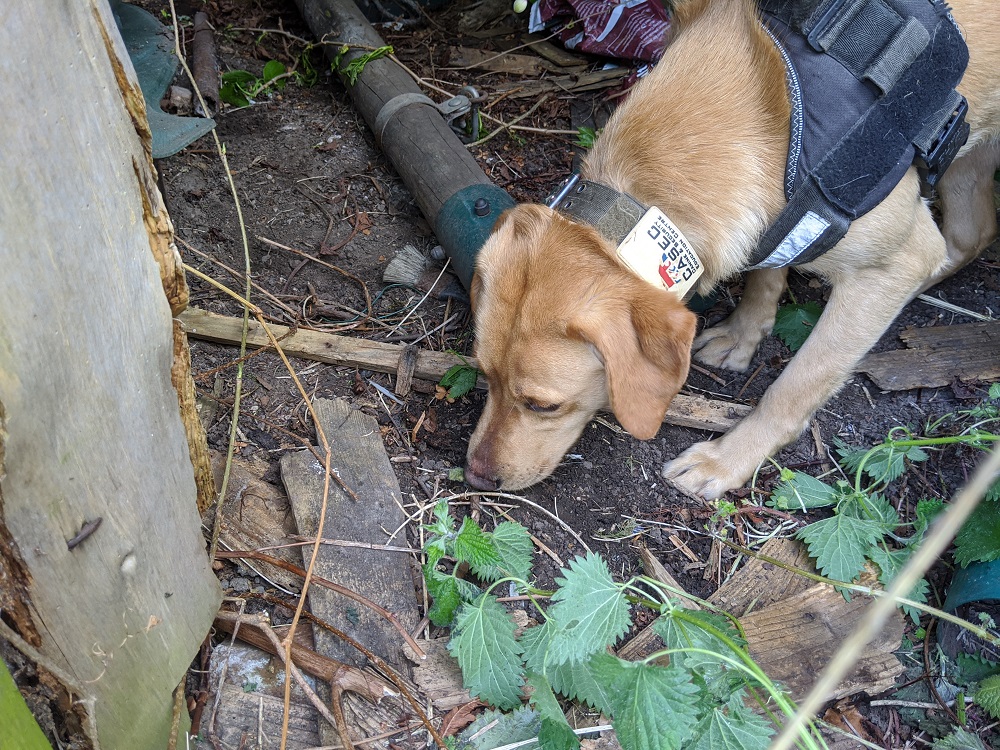 Described by the Environment Agency as “indisputably the UK’s most aggressive, destructive and invasive plant”, knotweed can cause extensive damage to property. 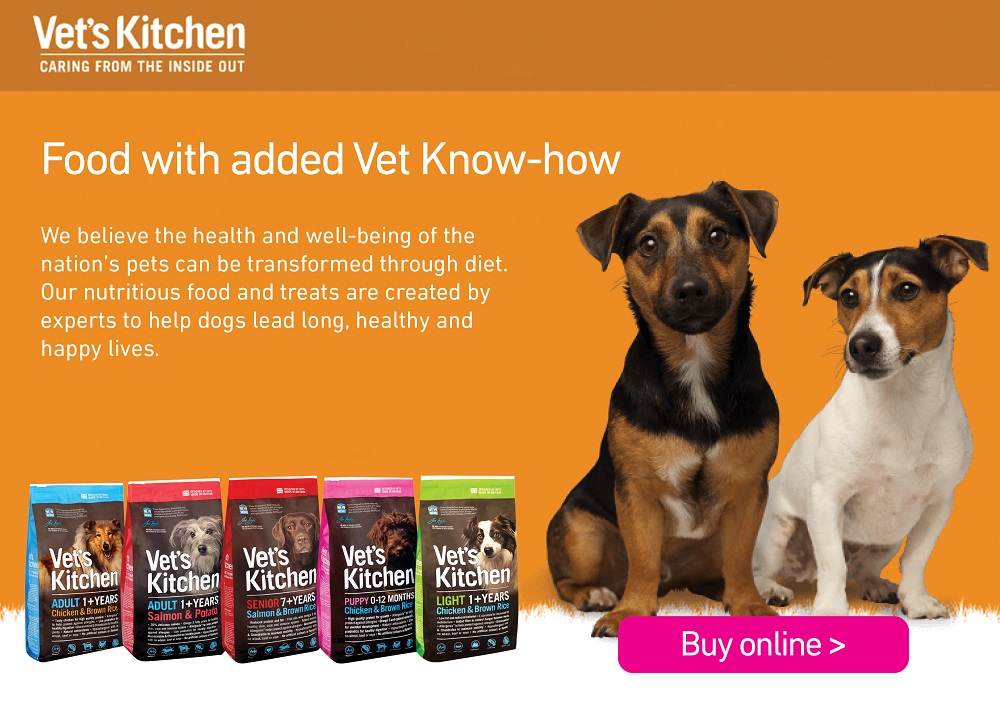 Home sellers are even required by law to declare if their property is affected by Japanese knotweed. Failing to declare or concealing could result in legal action, a growing problem according to Nic Seal, Founder and Managing Director of Environet. 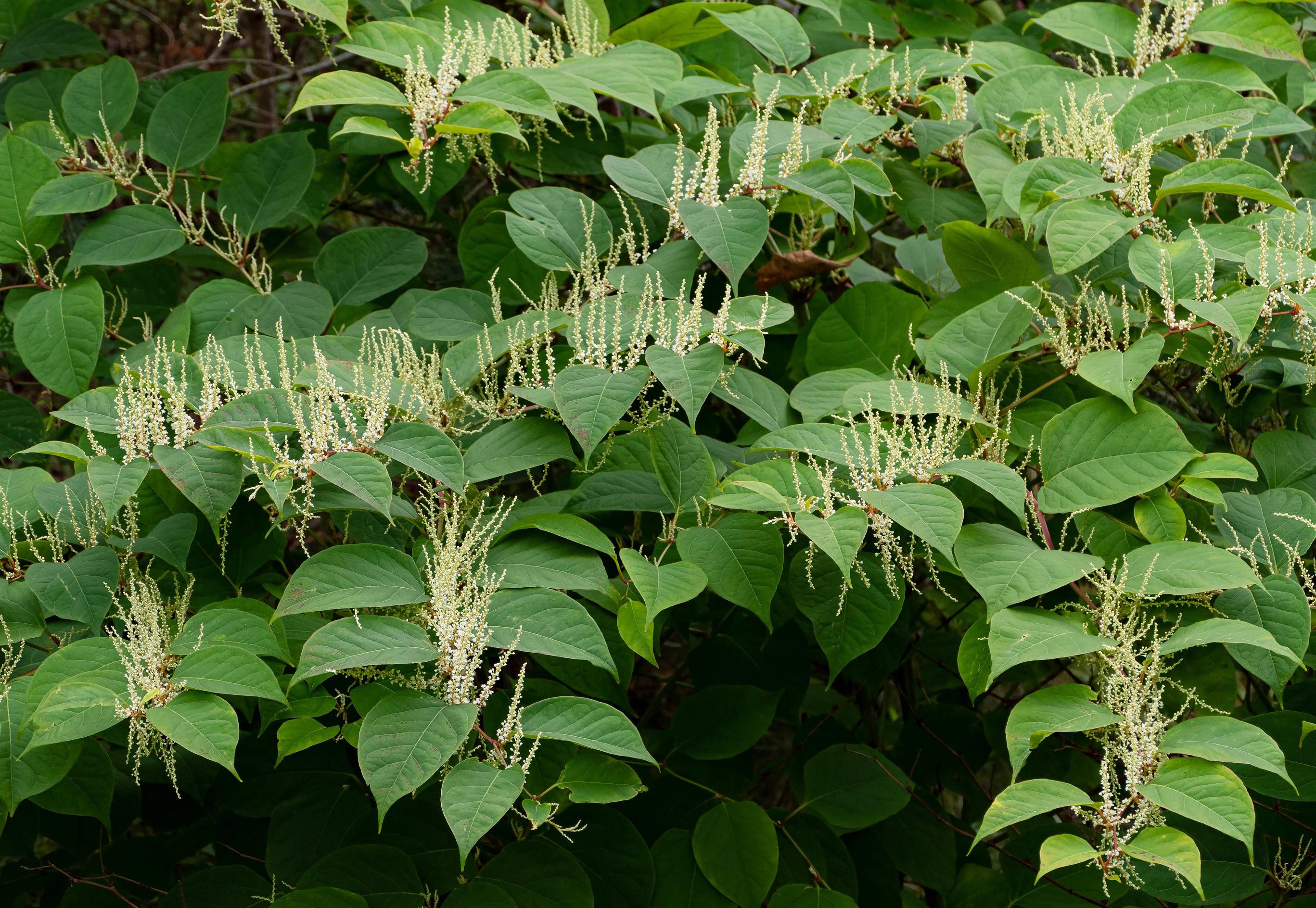 As gundogs, Mick and Mack have a natural desire to hunt and seek. Together with their high ball drive and well-balanced temperaments, these young dogs are setting the bar high for the other knotweed detection dogs that may follow in their footsteps. 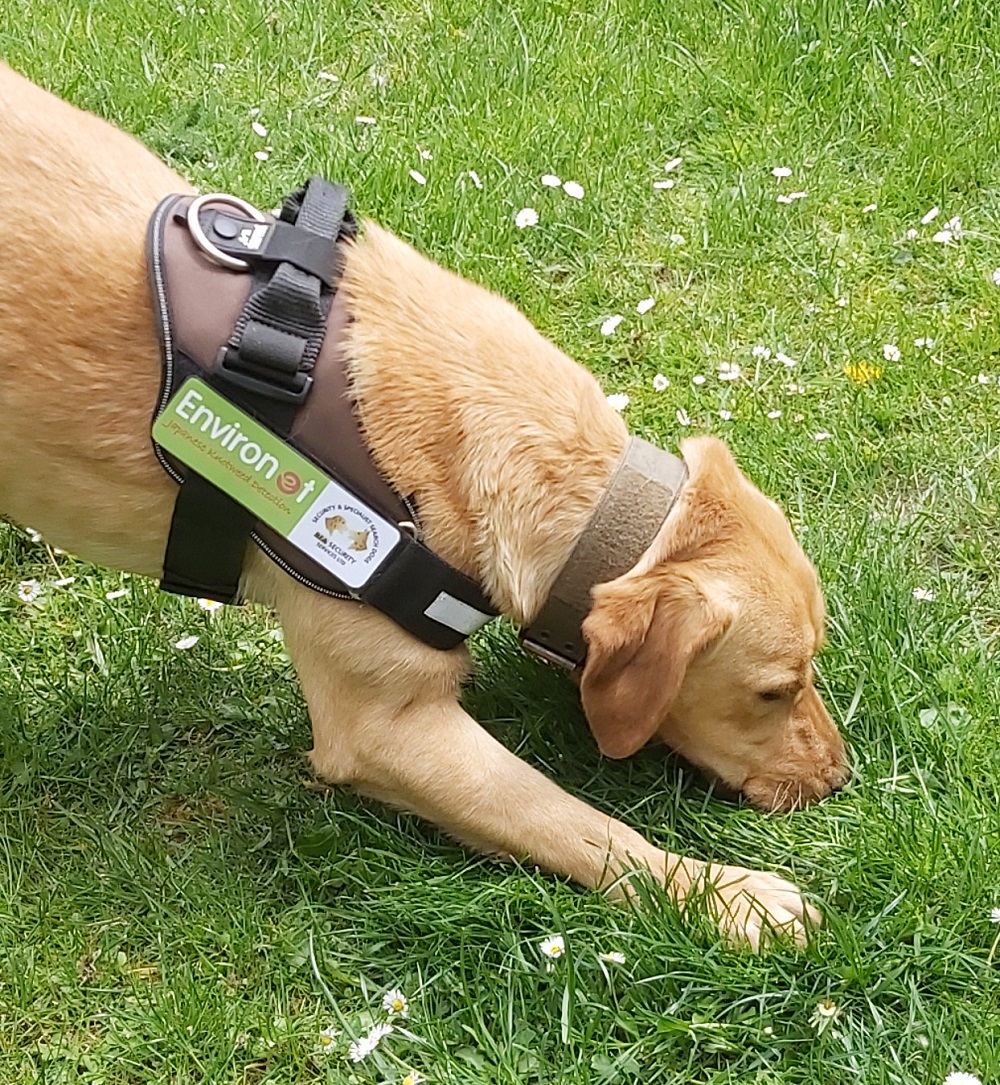 The boys live with their handlers as part of their family and have a very close relationship with them.

Jason Collins, Operations Manager at RFA Security shared with us how Mick and Mack were trained and how they relax with their families after a hard day at work.

A typical day in the life of Mick and Mack

"The day starts at 0700 with the trainer exercising the dogs in one of RFA Security’s compounds. They are then loaded into a training van and taken to the Canine & Security Education Centre (CASEC) where they are run again before training commences. 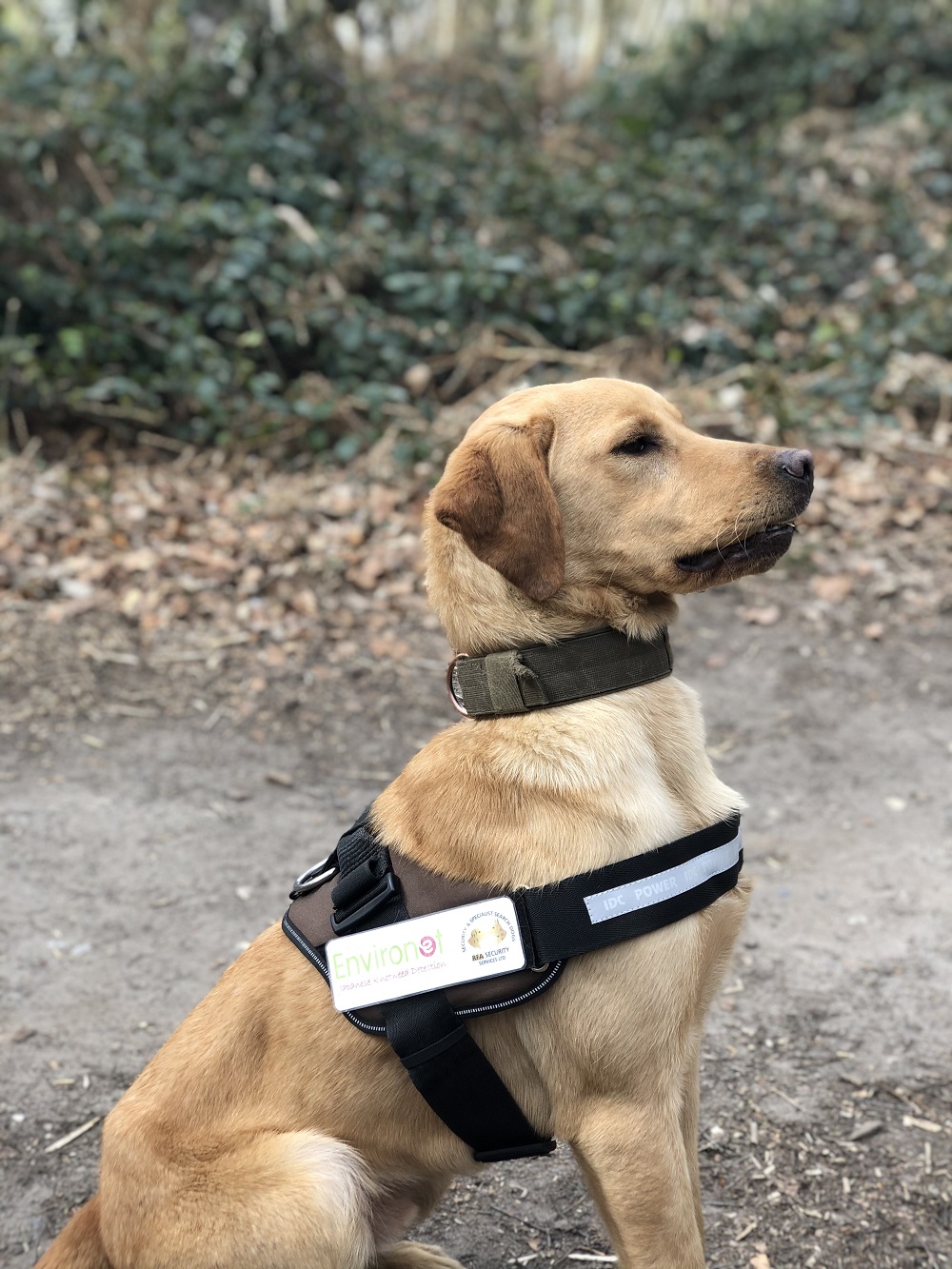 All training is based on a system of Play Reward; once the dog gives the desired response a Play Stage is initiated. The dogs are run through various scenarios with a break between sessions. The reward-based training system means that to the dogs, work is like a game of hide and seek.

In simple terms, a toy is identified that the dog really likes playing with, which is then hidden. The dog becomes accustomed to using its sense of smell to search for the toy. The target odour is then introduced, in this case Japanese knotweed, along with the toy. Finally, the toy is removed. Successful training usually takes a matter of weeks or in some cases, a couple of months.

How Mick and Mack relax

They are taken for long walks in the surrounding countryside with the focus on allowing the dogs to simply be dogs, so running, following scents, chasing balls and chewing their favourite toys.