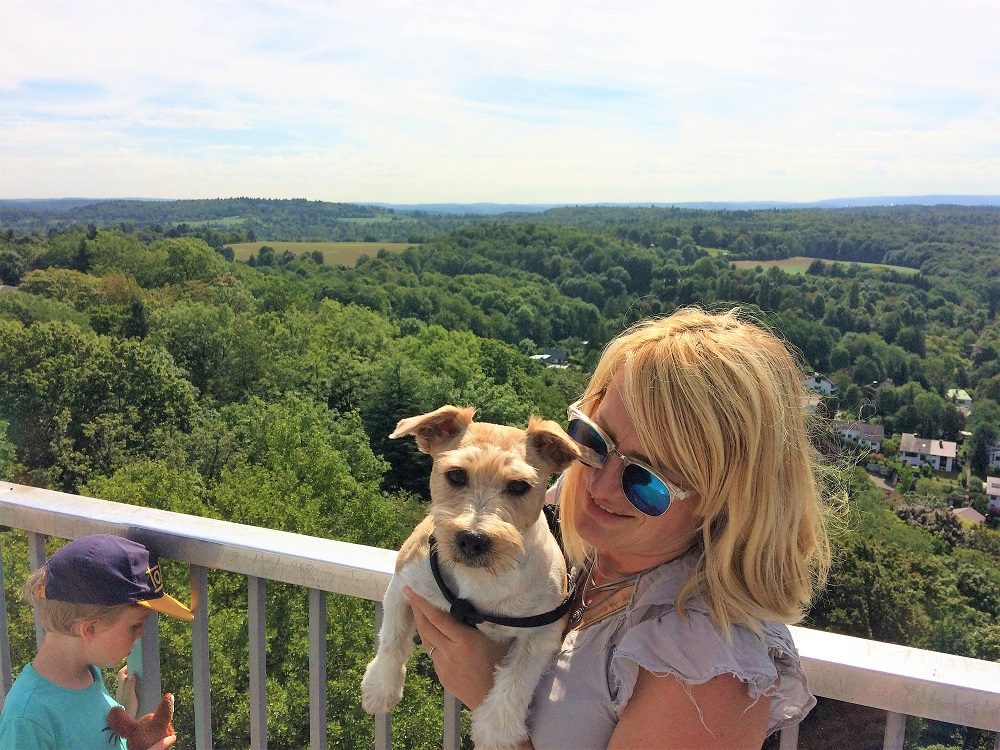 If you’re planning a last-minute winter getaway with your dog or looking ahead to the new year, there are some great European destinations you should consider.

Over the last couple of years travel writer and dog owner, Paul Wojnicki has been sharing his experiences and recommendations with us.

This month he reviews one of Germany’s most beautiful and popular regions - the Black Forest.

Last month I wrote about the new dog friendly cabins that DFDS have introduced from Newcastle to Amsterdam and about the incredibly cheap (and fast) German ICE trains for onward travel. This summer we used both services and travelled from Amsterdam, via Cologne and the Black Forest - using the two stopovers that German trains allow - all the way to Munich. It’s hard to believe that for a family of four (with Falco) this train only cost us £70, one way.

What the Black Forest has to offer dog owners

After a fantastic couple of days in Cologne, it’s all aboard the super-fast ICE train for the two hour trip to Karlsruhe on the northern edge of the Black Forest and at the heart of Europe. Karlsruhe is one of the warmest and sunniest cities in Germany, so it’s fortunate that there’s no shortage of green spaces for Falco to sniff around.

No sooner are we off the train do we see the largest of them all - a huge municipal zoo stretching all the way from the station to the southern edge of the city centre.

Unfortunately this zoo isn’t dog friendly (unlike some others in Germany) which is a shame because it’s included in the Karlsruhe Card - as is local transport, museums, a ride on a nearby funicular and entrance to the palace gardens and steam train - so since dogs aren’t allowed in the zoo, we head on the tram to the palace gardens instead.

Germany is full of grand palaces, old and new, and while Karlsruhe’s isn’t the most famous it certainly doesn’t disappoint.

The Baroque palace served for around 200 years as the residence and seat of government of the electoral princes and grand dukes of Baden before the region was integrated into modern day Germany.

These days it’s now home to the Baden State Museum, beautiful botanical gardens and a large forest park which Falco and the children delight in romping around.

But the real highlight for us is the steam train that chugs its way around the grounds every twenty minutes or so. Falco is a little astonished to hear the whistle and see the gleaming old engine chugging toward us at first, but the kids are mesmerised and want to take a ride.

We follow the tracks to the station and jump aboard with Falco, then steam our way around the park. It’s great fun for us all and Falco delights in the breeze created by sticking his head out of the side of the train. Ahead of us, a white Labrador is doing the same thing. It’s a comical sight that keeps the kids laughing all the way around the park.

The following day we continue our love affair with all things rail and use our Karlsruhe card to travel up the nearby funicular, where we picnic under a hilltop castle looking over towards world famous Baden Baden, which is just about visible - though unfortunately out of bounds due to an uncharacteristic failure on the rail line heading there.

Still, Baden Baden’s loss is another town’s gain and after walking Falco in the hilltop forest we ride the funicular back down to the city and hop on the tram to nearby Bretten.

The dog friendly trams in Karlsruhe are a model of German efficiency and they’re able to run on suburban tram lines and the regular railway tracks, creating a seamless journey from Karlsruhe all the way to other towns in the Black Forest region and beyond.

Bretten is a small town and pretty much off the tourist radar, unlike Baden Baden, but it’s picture perfect in any case and we enjoy a walk and a drink in the colourful town centre before heading back to the Novotel for our last night in the Black Forest.

It isn't hard to find dog friendly hotels in Europe, in fact, it’s far more difficult to find a room that will accommodate two kids.

Accor’s hotels almost all take dogs and their Novotel brand tend to be reasonably priced for the level of comfort and service you receive.

The following morning I’m up early giving Falco his morning walk before taking the kids to the zoo. It’s been right there on our doorstep for the last two days and the kids have been asking questions.

The wife stays in the hotel with Falco, packing our bags, while I keep Harrison and Ella happy looking at the elephants, giraffes, polar bears and hippos. I’m not a big fan of zoos, but this one seems well run, and it’s free with the Karlsruhe Card.

But the highlight of the zoo for the kids isn’t the rare leopard or even the penguin show, it’s a good old-fashioned boating lake, where our boat is relentlessly pursued by hundreds, if not thousands, of hungry looking catfish bobbing their mouths on the surface in anticipation of a handout. It’s a remarkable sight and the kids laugh all the way around the lake.

It’s only as we pass the elephant enclosure that we realise that the footbridge crossing overhead is actually a public footpath, right over the top of the zoo. It’s too late now because our train to Munich is due in an hour or so but Falco could have seen the elephants after all!

Travelling around Germany with your dog - it's not as difficult as you might think!

German trains can be booked on www.bahn.com.

You can make up to two stopovers on your journey but these have to be booked at the time of purchase. Click on the grey “further options” box next to the search box to add stopovers.

NOTE: The grey box only appears once you have entered a station in the departure field.

Karlsruhe is literally at the heart of Europe and makes a good stopover if you’re travelling to Switzerland from Germany or Holland. The Black Forest is on the doorstep, some world famous German towns are less than an hour away and it’s only a couple of hour from Paris too.

In This Issue... Talking Point: 13 Dogs Who Own Halloween Health: Are We Passing Our Social Anxieties Onto Our Pets? Lifestyle: NASCAR Power Couple...

Ashley Busch is a model and businesswoman who turned her passion for horses into a career which has seen her play professional polo around...

If You’re Looking to Get out & About With Your Dog, You Might Need This

A few months ago our car was written off. It was parked in a car park overnight and the next day we discovered it...

All You Need This Christmas: Gift Ideas for Dogs & Their Owners

As Christmas nears, thoughts turn to gift ideas for our beloved dogs and fellow dog lovers. If you're anything like us, making lists and...