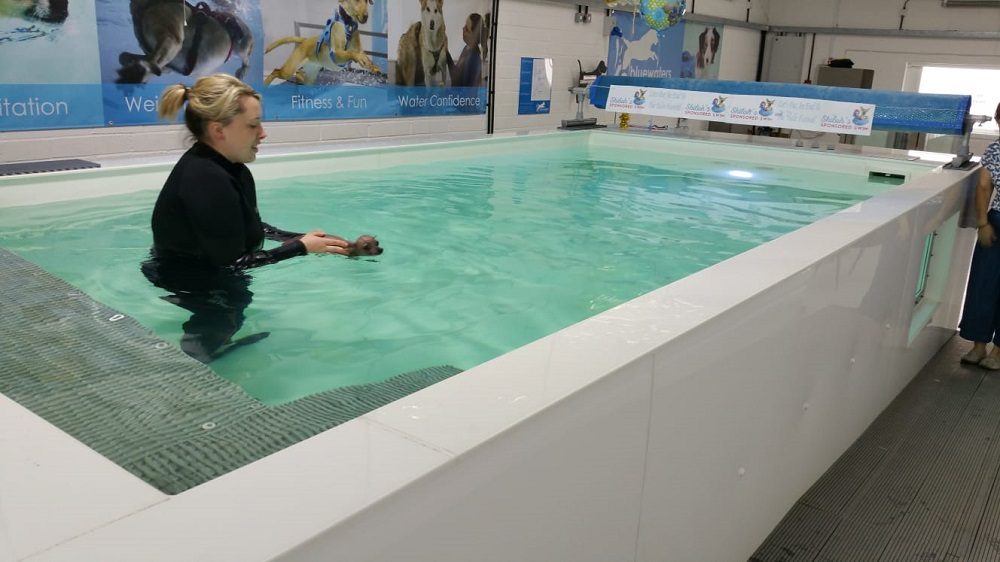 “Yulin has always been something that hurts my heart and I feel very strongly about creating awareness of this barbaric event. When I saw how well Shiloh took to swimming after starting hydrotherapy for a slipping patella and knowing how much he enjoys it, I thought it would be nice to try and tie it into doing something to try and help the Yulin dogs.

“At the time I made the decision it was a few weeks before his 5th birthday and just thought it would be nice to combine the two things as both are special."

So far, Shiloh’s swim has raised over £1,000 for the Humane Society International, whose efforts to close farms and rescue dogs from the barbaric dog meat trade continue.

If you would like to make a donation to help celebrate Shiloh’s triumphant swim, visit: https://www.justgiving.com/fundraising/emma-martin58