We often hear different stories about dogs who take on a role in their owner's life which transforms their life, but we don't often hear a lot about the dog's own background and their journey.

Recently we were told the story of Alfie, a Lhasa Apso who was rescued at thirteen weeks old by  Judith Margolis. As he now prepares for retirement, we wanted to share the story of how he became an assistance dog more than nine years ago. 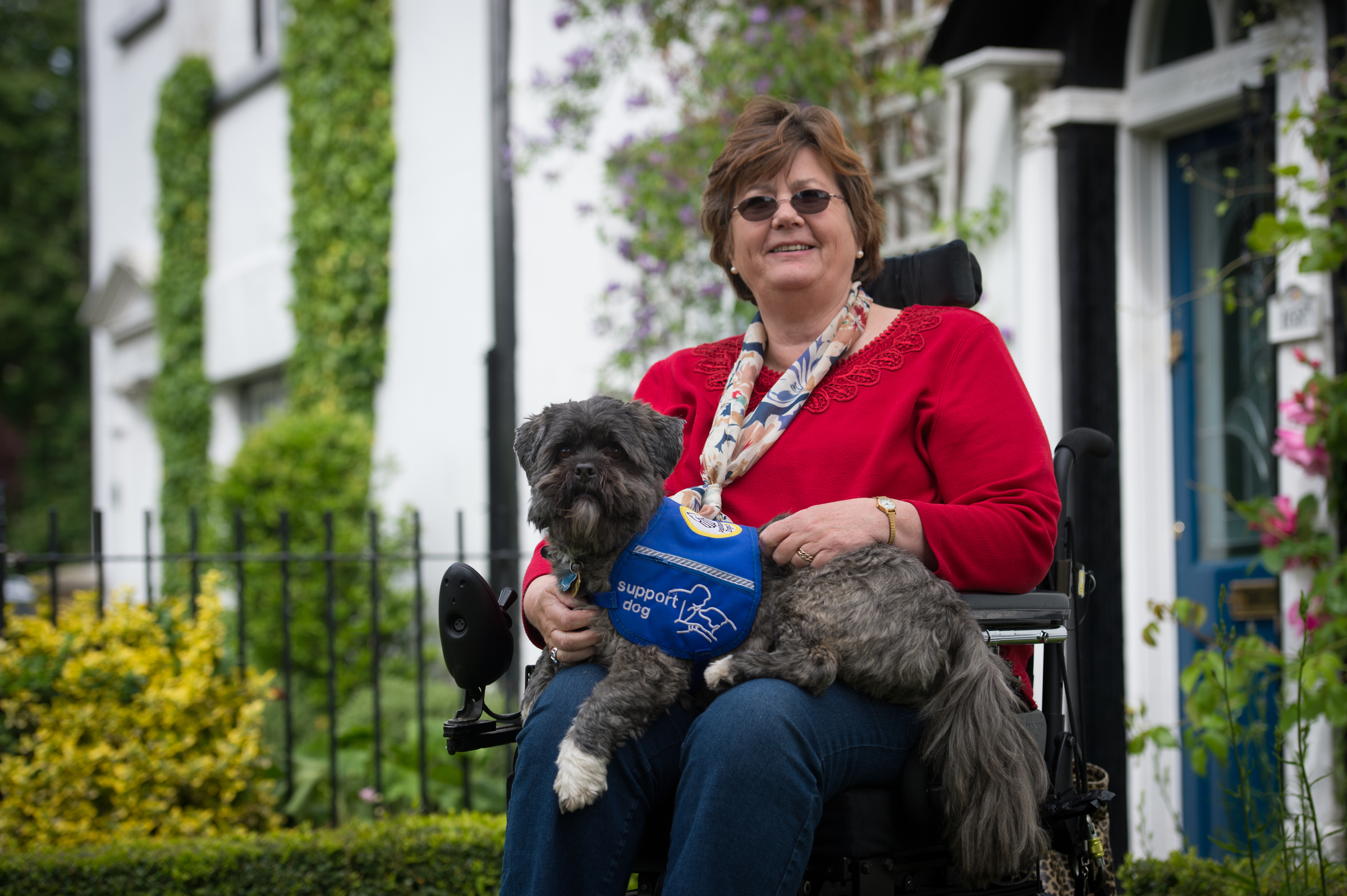 Previously head of the Open University Business School, Judith credits Alfie with giving her back her confidence and independence after she retired early following two bouts of breast cancer and developing cerebellar ataxia, a degenerative neurological condition that has confined her to a wheelchair.

Finding it increasingly difficult to leave the house, Judith decided a dog would help to give her a reason to go out and rehomed Alfie, aged just 13 weeks, from her local rescue centre.

Training a Rescue Dog to Become an Assistance Dog

Traumatised by his bad start in life, Alfie proved a challenge to train and Judith turned to the charity Support Dogs, a national charity that trains and provides specialist assistance dogs, for support. Their dogs come from a variety of backgrounds and include pets and rescue animals and Judith felt confident they could offer her advice.

She says, "Initially I was simply looking for help with training, but I knew Alfie was bright and Support Dogs agreed to take him to a doggy boarding school for four weeks’ intensive training as an assistance dog.

"He was taught to pick things up, bark on command to get attention and bring me the telephone so I could call for help. Support Dogs then followed up their training at home and after extensive practice, we had to complete an assessment to be fully qualified."

Now a director of the Cambridgeshire Alliance for Independent Living, and Chair of Disability Cambridgeshire, Judith says Alfie gave her back her confidence and her independence. "Quite apart from all the practical jobs he did for me, he gave me the confidence to go into strange places and try new things."

Sadly Alfie’s eyesight has now failed and he is blind so the heart-breaking decision was made to retire him. Judith says, "The last few months have been difficult and I’ve been reluctant to go out on my own."

Happily, Support Dogs have found Judith another assistance dog. Fudge, also a rescue dog, is a ‘Bug’ - a cross between a Pug and a Border Terrier.

Alfie's future as a retired dog

After hearing stories of how an assistant dog once retired leaves the person they've helped and bonded with for the duration of their partnership, we asked Judith what the future held for Alfie.

She said, "Alfie will always have a special place in my heart. Of course, he will stay with me to enjoy the finer things in life while Fudge and I start our training programme in November. I’m really excited to start working with a new dog, and be more independent again."