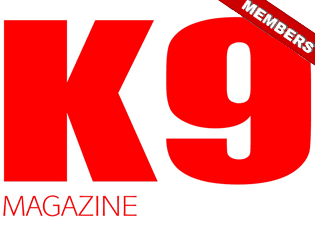 The Origins of the Domestic Dog are Challenged: It has always been suggested that the domestic dog originated in East Asia until findings from recent scientific studies that have been conducted on dogs in Africa.

It is due to the great genetic diversity of dogs from East Asia that allowed scientists to conclude that the domestic dog originated there. Although research published in the journal PNAS suggests that dogs in Africa have as diverse DNA.

Blood samples of dogs were taken by an international group of researchers on 318 dogs in Egypt, Namibia and Uganda.

The authors of the journal say the way in which humans domesticated the dog is vaguely understood.

Lead scientist, Dr Adam Boyko of the Department of Biological Statistics and Computational Biology at Cornell University, says he decided to focus his research on African village dogs because they are so much more genetically diverse than dogs that are bred. He thinks that they may hold the secret to the origins of dog domestication.

They also analysed the genetics of dogs thought to originate in Africa, e.g. the Rhodesian Ridgeback, the Salute and the Pharaoh Hound and compared all the results with non African dogs such as Puerto Rican street dogs and non-pedigree dogs in the US.

It was when Adam Boyko’s co-authors, his brother and sister-in-law, were travelling in Africa on honeymoon that they decided to focus their research on African village dogs.

Dr Boyko told the BBC: “I think it means that the conclusion that was drawn before might have been premature. It’s a consequence of having a lot of street dogs from East Asia that were sampled, compared to elsewhere.

However, he was not ruling out East Asia as a possible location for the origin of the domestic dog – but it could equally have been anywhere else on the Eurasian landmass.

Co-author Paul Jones of The Waltham Centre for Pet Nutrition, UK, said: “It’s interesting to know the answer to the question of where dogs were first domesticated and this paper goes some way to giving us an answer.”

The team are now in the process of sampling street and village dogs across Europe and Asia from Portugal to Papua New Guinea to pinpoint the areas of greatest genetic diversity.

Dr Boyko said that all the dogs sampled in the study have grey wolf DNA so he is not questioning that dogs descended from wolves.

The results led the team to conclude that today’s African village dogs are a genetic mixture of dogs descended from early migrants to Africa.

Their findings showed that the Saluki breed shares DNA with village dogs from Egypt – as does the Afghan Hound. Also, the Basinji breed has similar genetics to some Ugandan and Namibian village dogs.

However, their findings showed that the Pharaoh Hound and Rhodesian Ridgeback have little in common with any African indigenous dogs of today which suggests that these two breeds may not originated in Africa.