Ashley Busch is a model and businesswoman who turned her passion for horses into a career which has seen her play professional polo around the world. Her husband, Kurt is best known for his success on the racing track, which has earned him series winning titles in both NASCAR and the Daytona 500 Champion.

Their wedding, which took place earlier this year, hit headlines everywhere - Aerosmith's Steven Tyler even performed for the couple at their wedding reception.

But however far they travel for work and with business commitments, home is where their hearts are.

K9 Magazine's Kim O'Meara caught up with the NASCAR power couple to hear more about their two dogs, Kali and Ivy who often go in the car with them as long as they have the Dog seat covers available. 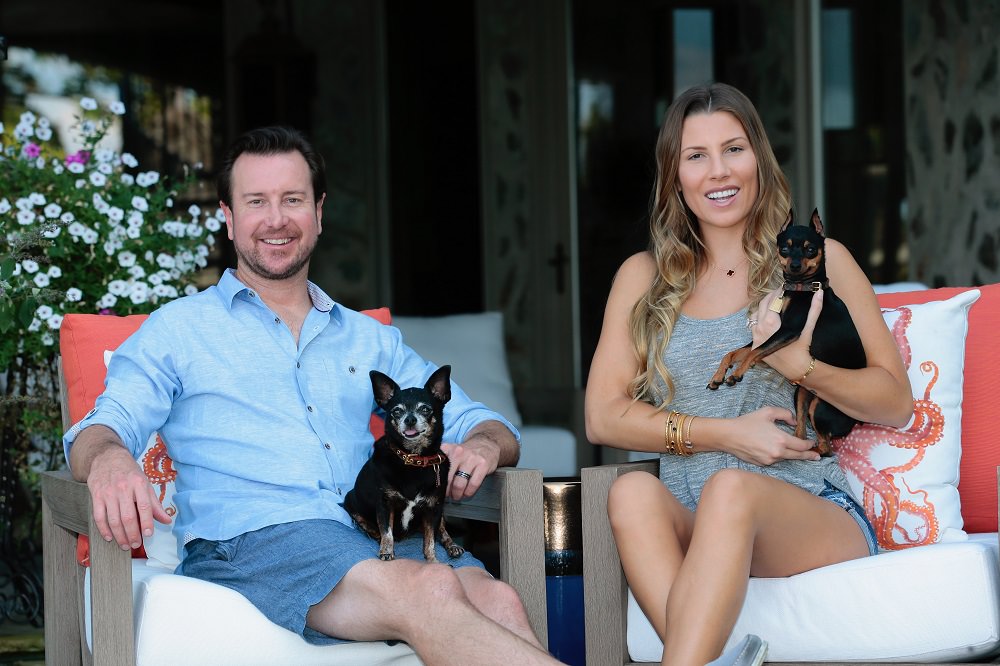 Hi! Thanks so much for taking the time to chat - I know work keeps you both very busy but we can't wait to hear about your two dogs, please tell us all about them.

Kurt: Thank you! Kali is our oldest, she's a 9 year old Chihuahua. Ashley has owned her since she was 18 years old.

Ashley: Our second dog is Ivy, who is 2 years old and the first dog Kurt and I have owned as a couple. We got Ivy from a breeder in Kentucky. 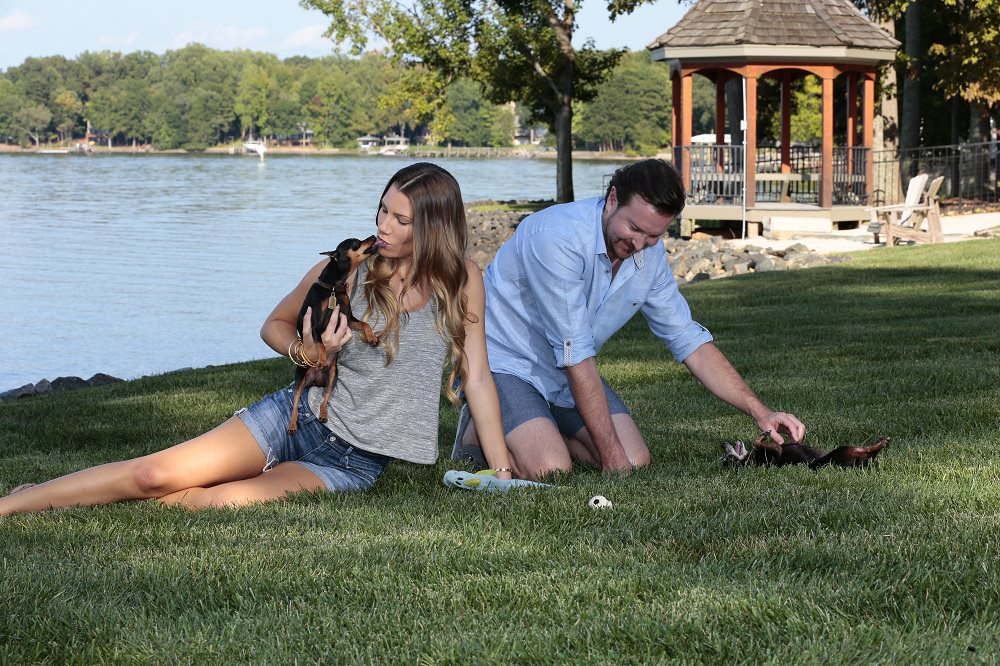 What made you choose a Miniature Pinscher, have you owned the breed before?

A: We had wanted a friend for Kali for a while and Kurt has always liked small dogs. They are great to travel with so we figured a Miniature Pinscher would be a perfect addition. 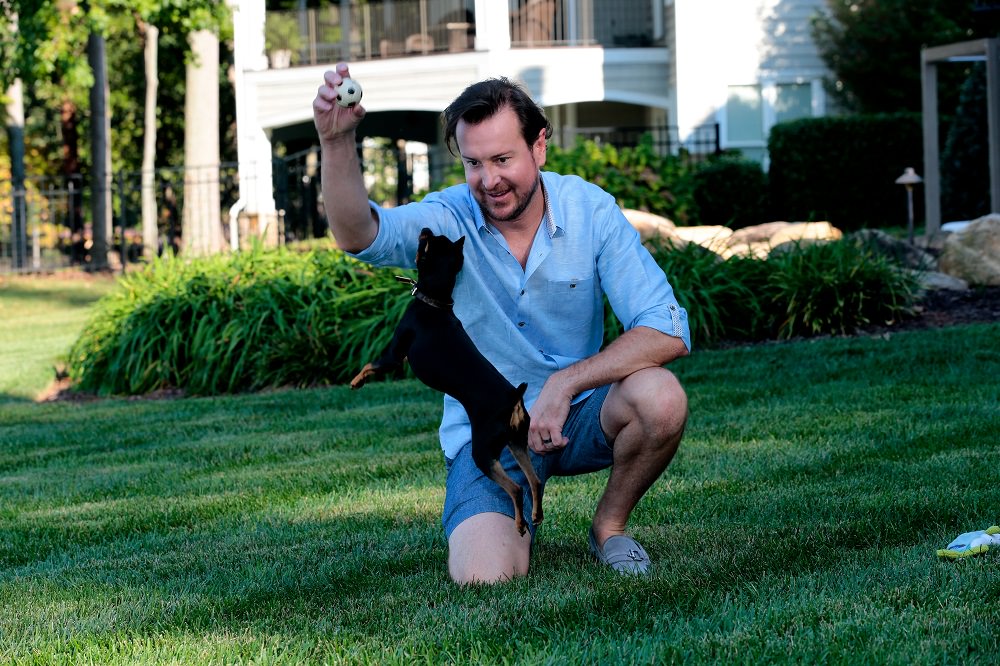 K: I liked the personality of the Miniature Pinscher, and loved the black and tan colourings. They are a small dog with a big dog attitude.

One fun fact about Miniature Pinschers is that they are actually related to the Greyhound and Whippet family, therefore they have lots of speed! 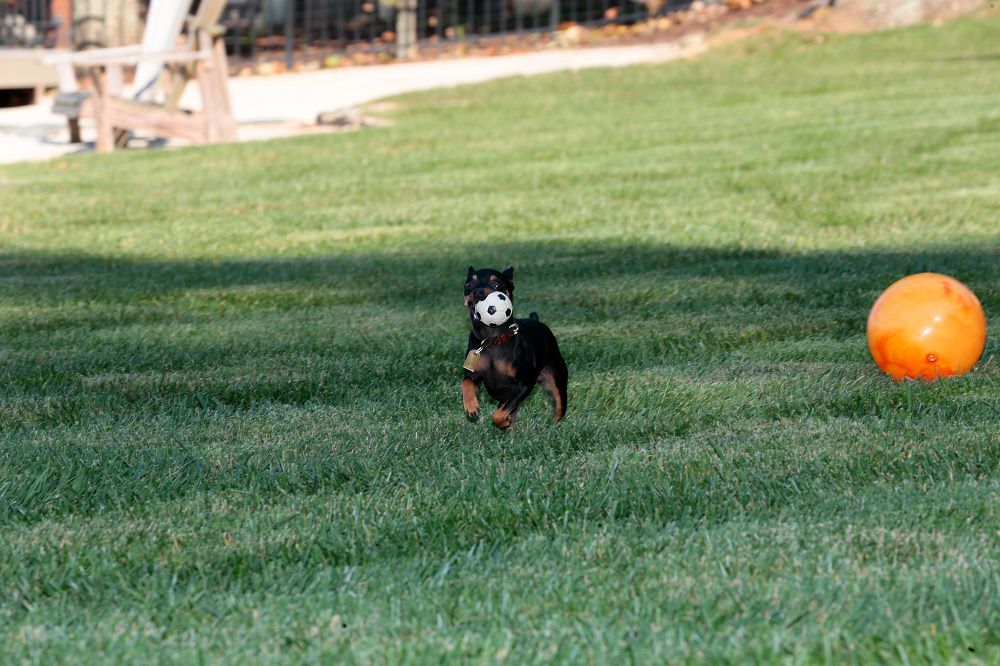 We can see why that would appeal with your job in mind. How many nicknames do Ivy and Kali have?

A: (Laughs) They only have one nickname each - Kals and Ive’s. It’s hard to have a nickname for a three and four letter dog name anyway!

Did you both grow up around dogs?

K: I owned a dog named Jim who was a Cairn Terrier, like Toto on 'The Wizard of Oz'. Jim made the cover of a milk bone box, he was a handsome fella.

Mostly I grew up around West Highland Terriers, the easy trait to remember is their loving and caring attitude. Most Terriers were bred to be ratters so they are hunters.

One memory I have from growing up with Westies is that they would love to come out to the garage and explore. They would walk underneath all the cars and come out with black grease and oil on their backs. It was always bath time (laughs).

A: I grew up on a farm in Virginia. We always had all sorts of dogs and animals. Right now, at the farm we have a Yellow Labrador, West Highland Terrier and Chihuahua. 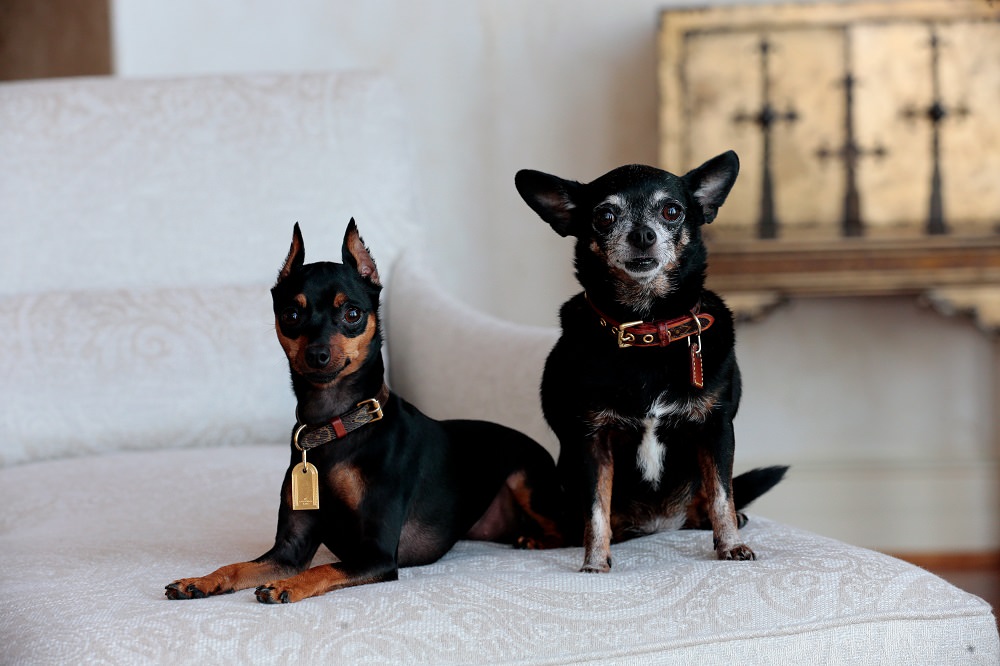 A: My first dog ever was a Jack Russell Terrier, named Sport. I picked him out when I was about eight years old, he was in a pen at the breeders and he was the first pup to follow me out of the pen. I knew he was meant for me from then on. From that day, he always followed me everywhere.

Many NASCAR fans see you as a power couple of the racing circuit. Formula 1 is the dominant racing sport in the UK. How would you explain NASCAR to a layman, like me, to share any similarities or differences between the racing sports?

Formula 1 is a racing series with a foundation on technology, raw speed and relentless innovation supported by the many different auto manufacturers with hardly a budget in mind.

NASCAR has its success formed around a 'stock car' and gives the racing a fan a feel that they can purchase the cars that we race as an everyday driver. NASCAR prides itself in the simplicity of the cars and has an appeal of side by side racing on oval tracks, that displays the competition in a different manner from Formula 1’s approach of road racing circuits and who can dominate the race lap after lap. 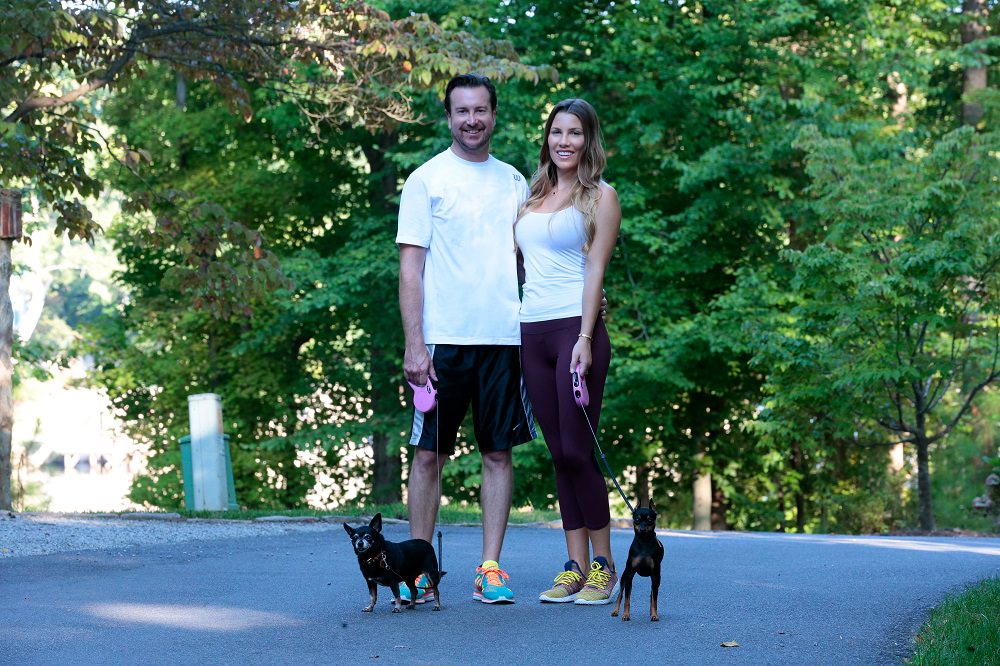 Got it - thanks for explaining. I've always wondered so thought 'who better to ask?'. As a second-generation racing driver, do you feel any added pressure when you race?

K: My father Tom was a great racer. He raced smart and was a respected competitor wherever he raced. Tom raced primarily in Las Vegas, NV and the surrounding areas in the desert southwest as a hobbyist.

Racing was a way of life when I was growing up. My father taught me everything about the racing side of things to the best of his ability, and within the budget that we had. I know if he would have made it to the big time in motorsports, he would no doubt be a champion like his two sons. 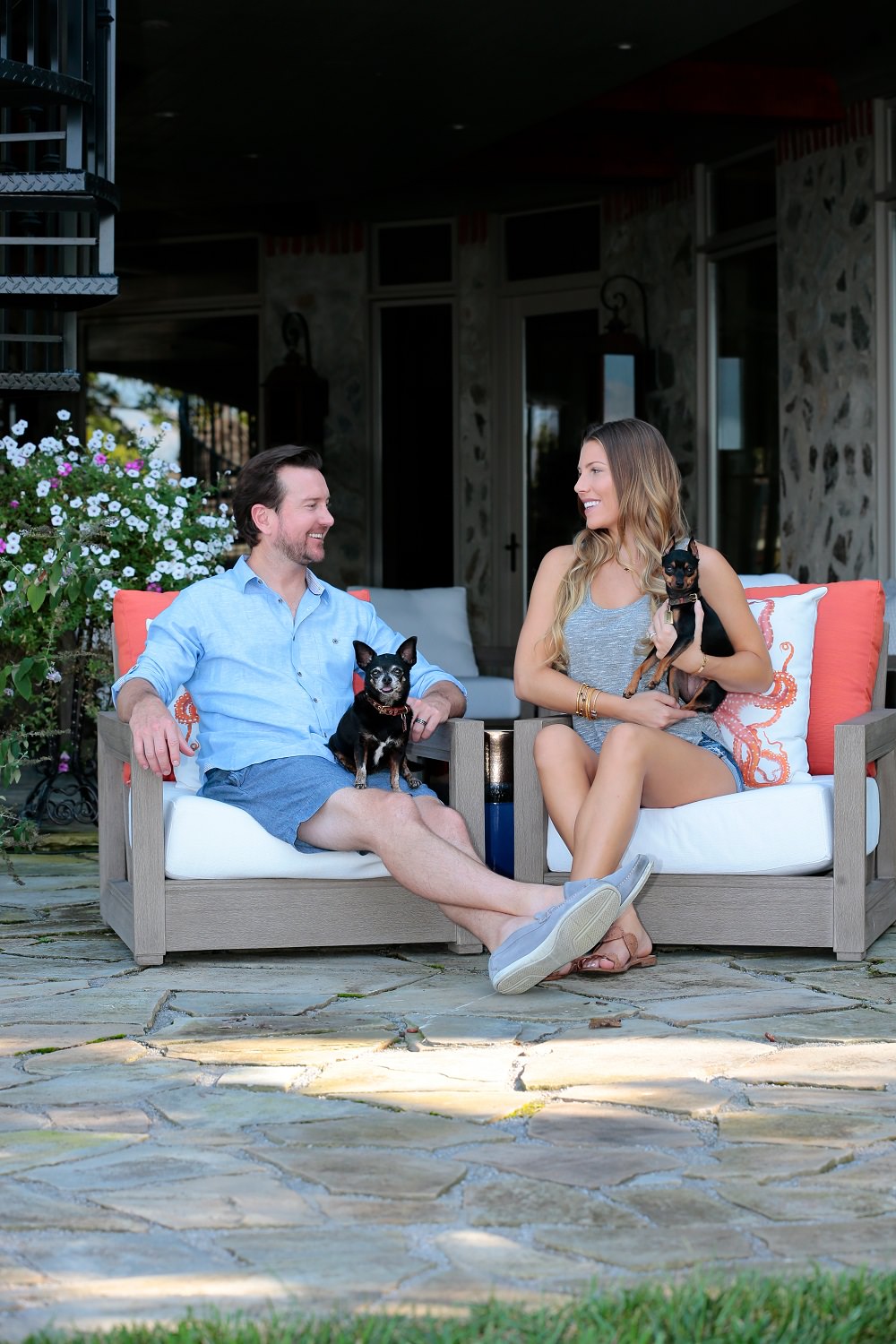 Ashley, as a professional polo player you must understand the competitive nature of sport like no one else. How do you make R&R time off the field (or circuit) count?

A: Spending time at home with the dogs or on the motorhome at the races is a wonderful way to relax. Spending time at the barn is a double pleasure because I get to be with the horses, whether I’m riding or not, and I get to participate with my animals as I practice for polo.

Do Ivy and Kali travel always with you?

K: Yes, Ivy and Kali come with us to most of the places we go. When we travel for races, we stay in our motorhome so the pups feel at home, and the tracks are very dog friendly with dog parks and lots of grass. 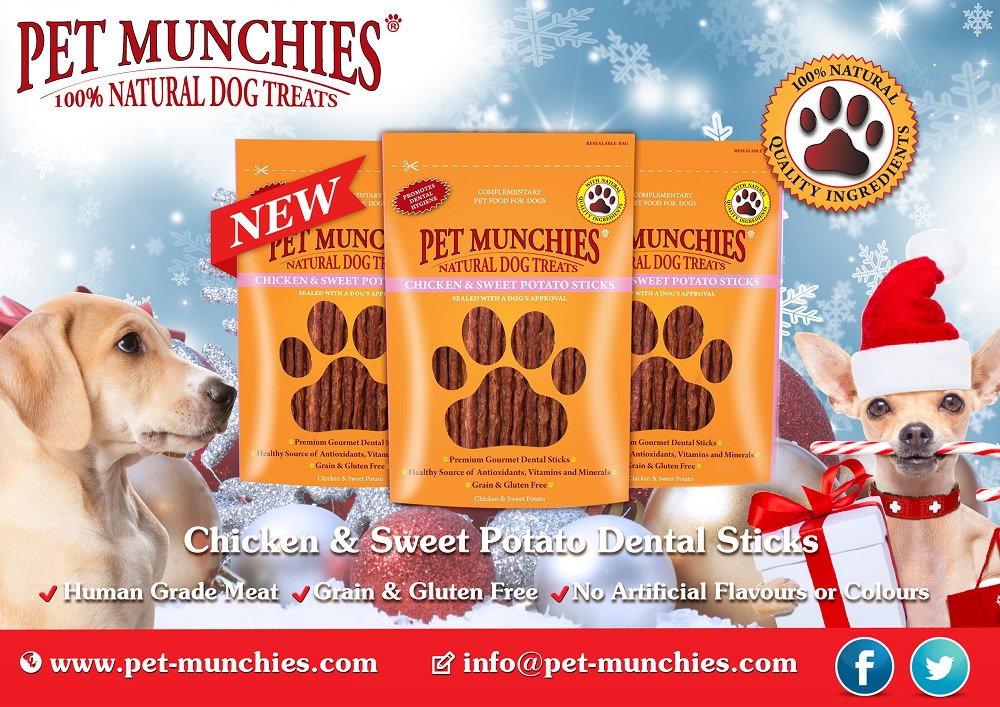 Where would you say is the most pet friendly city you've visited?

A: I would say California - they allow you to have dogs everywhere and most hotels are pet friendly. 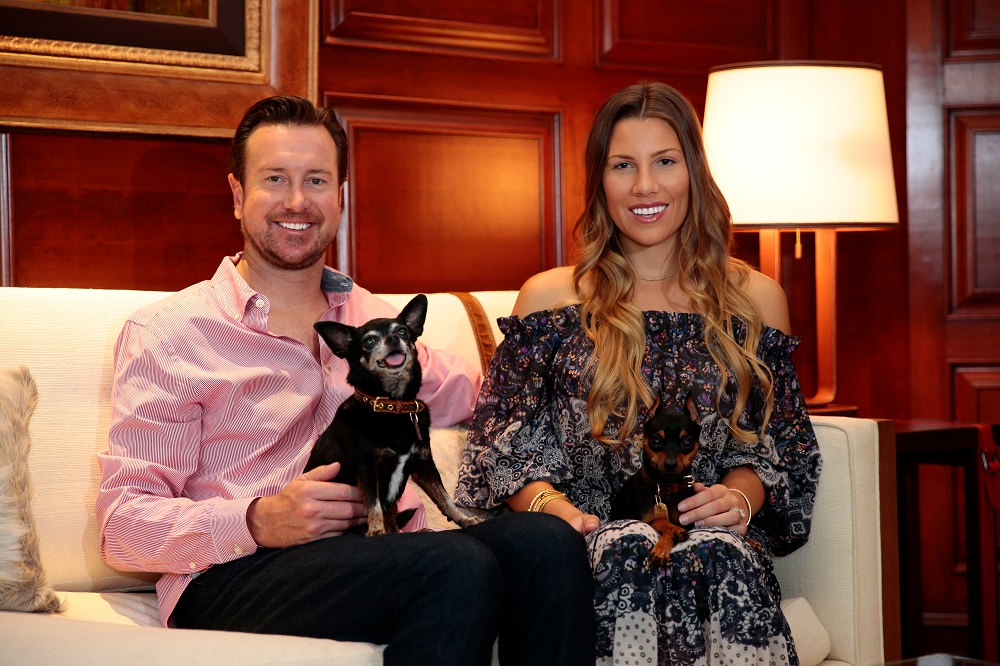 For this question, we like to have a bit of fun and ask our celebrities to match fellow dog-loving celebrities up to breeds of dogs based on their personalities alone. So, which breed of dog do you think these sports lovers would be?

A: Unconditional love, and that simple feeling of love that the dogs give when they see us after a long day’s work. 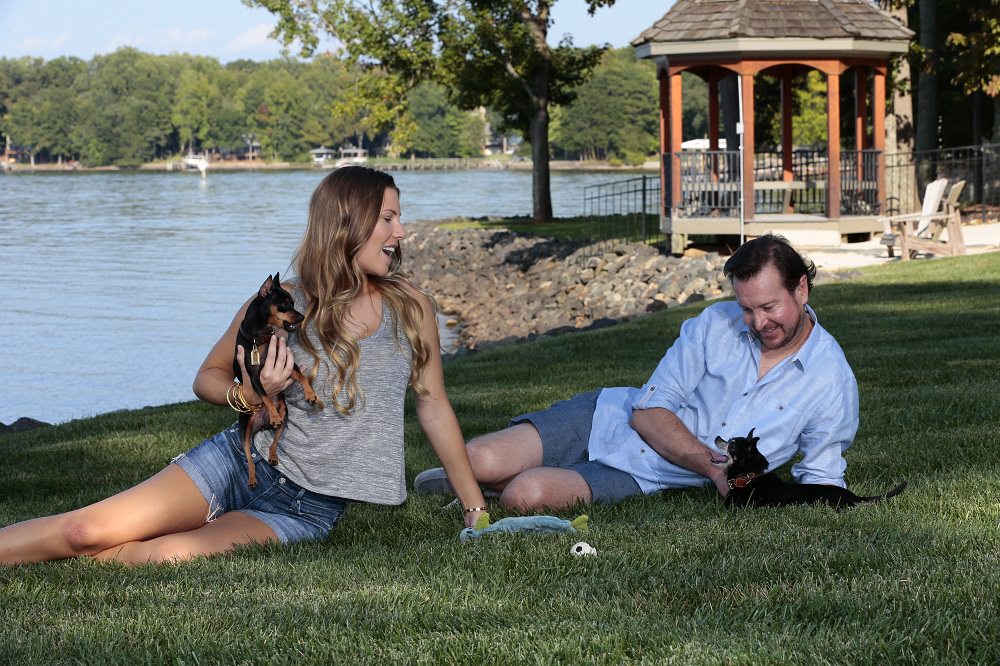 What do you think dogs know that we as humans don't yet know?

K: Dogs seem to have the ability to trust their instincts with much more confidence than humans. 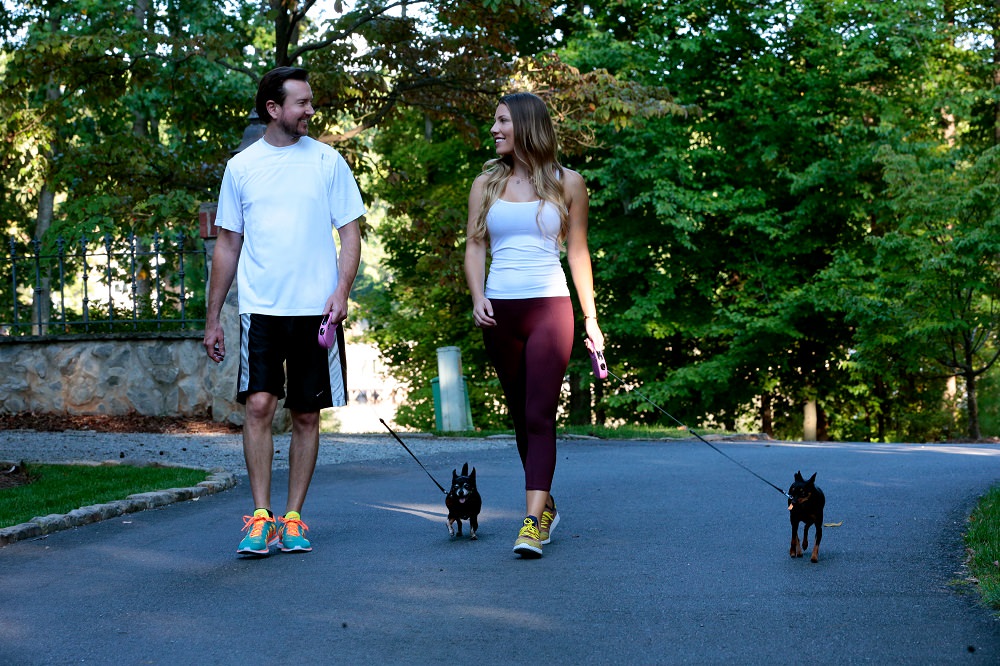 And finally, if Kali and Ivy could talk and give you one piece of advice about life, what do you think they'd say?

(Ashley and Kurt think about it together) I think they would say 'chill out and don’t take everything so seriously', and 'please cut up your steak, and let me have more bites'.

Thanks so much for speaking with K9 Magazine today! 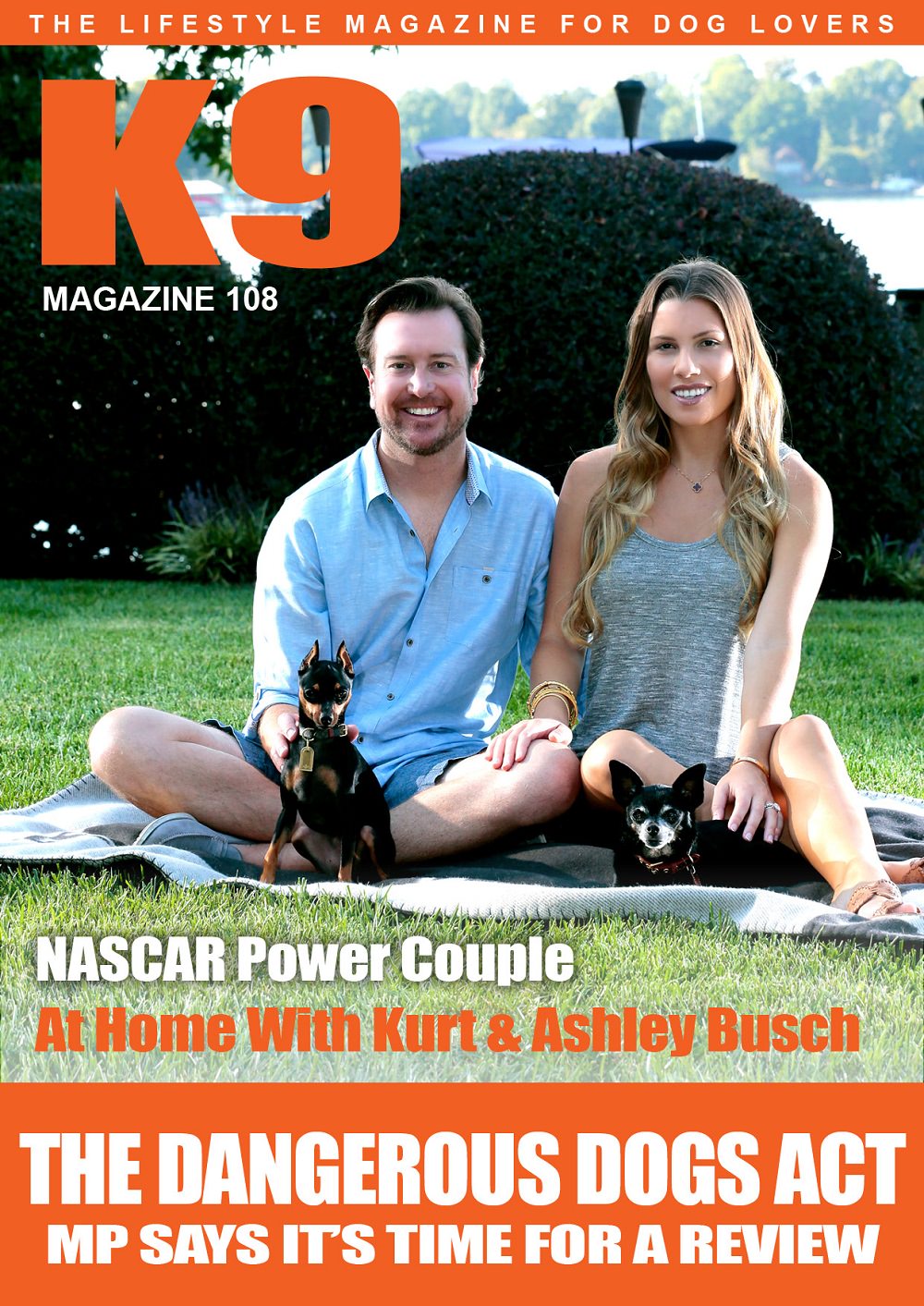