When WVS, the Worldwide Veterinary Service, found out that Blantyre in Malawi was one of the world’s hotspots for rabies it had to do something about it. The animal welfare organisation launched its project last May with its sister charity Mission Rabies to vaccinate and treat the dog population in Blantyre to prevent transmission of the disease between dogs and people. That’s more than 50,000 vaccinations per year. 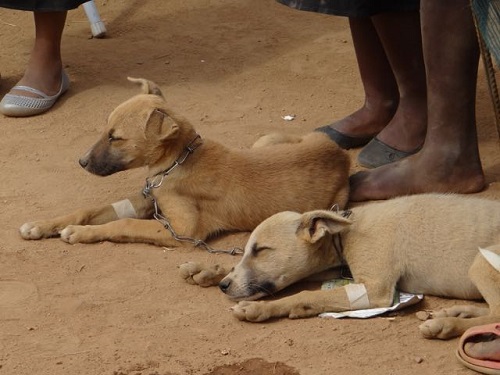 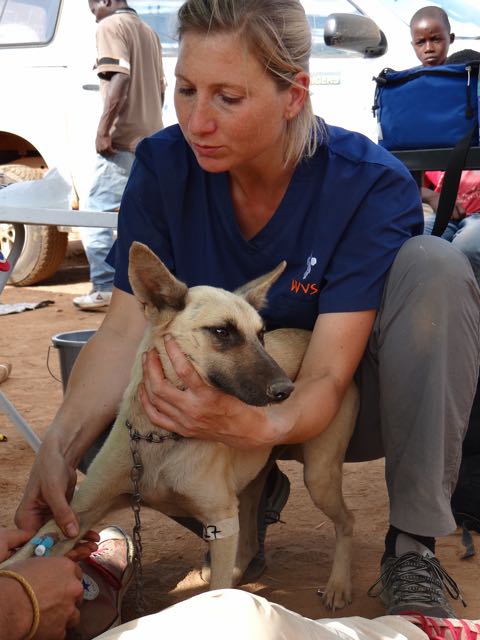 In Malawi lots of people own dogs, which are free roaming and they subsequently end up having lots of litters year after year. Of these puppies only a small number survive the first year, and most of these die either as a result of infections or they sadly starve. But the good news is now lots of dog owners understand that sterilised dogs are much healthier. 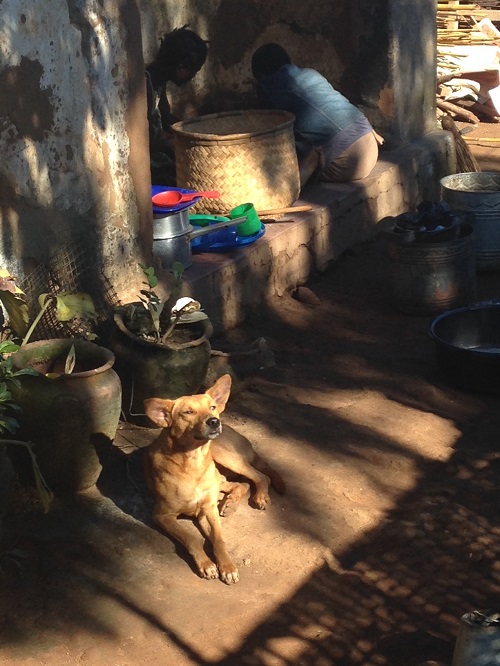 As a veterinary charity we stress that male dogs do not fight so much once they are neutered and suffer less of bite wounds, and females have a better immune system once they are not breeding twice a year and as a result they are also not so malnourished.

During outreach clinics our teams of vets, animal handlers and volunteers wake up at the crack of dawn to sterilise dogs in Blantyre. The principal of the Nyambadwe primary school even gave his permission to use one of the classrooms for the sterilisations. 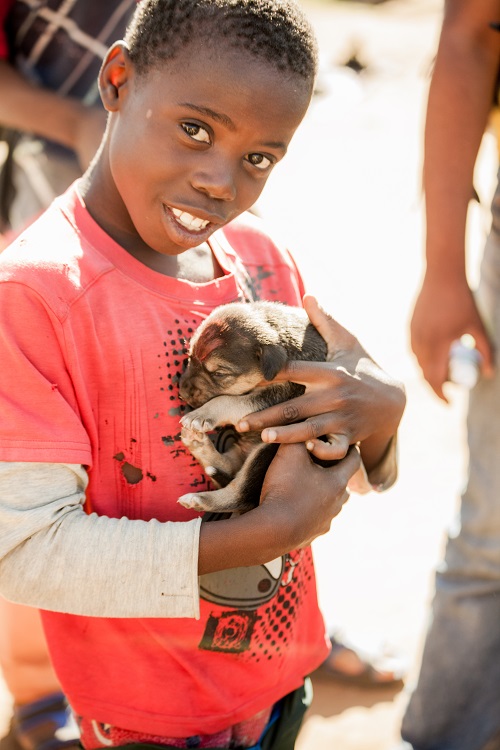 One day more than 1300 dogs were brought in for their rabies vaccinations. We contacted people in the area week after week and they came to the school on Saturdays, waiting until it’s their dog’s turn to be anaesthetised and operated on.

One top of the vaccination and sterilization campaigns we performed surgeries. One dog that really stood out for us was a dog we nicknamed Dobbie, pictured below, after the character in Harry Potter. He was in such a sorry state of neglect that we had to amputate his hind leg of which we suspected had been broken for 2 months. And since it broke he was not able to put any weight on it. 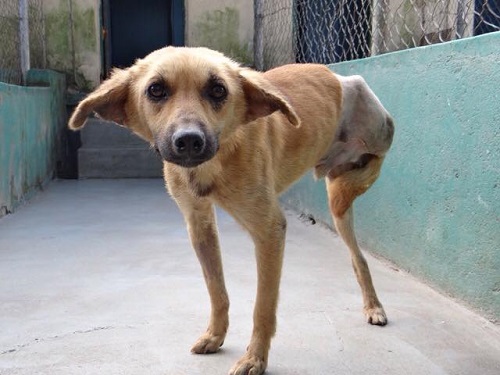 Because of all the pain, Dobbie hadn’t eaten properly and was brought to us in a very poor condition indeed. We took this poor dog to the SPCA shelter and performed the surgery there. 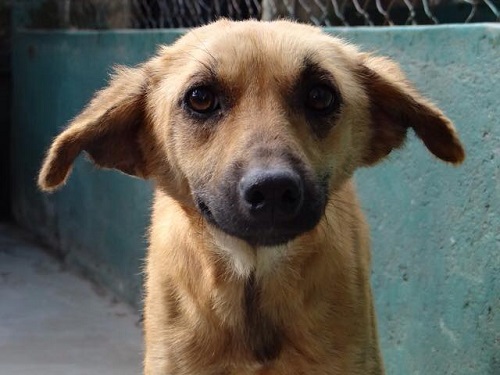 After just two days he became a much happier dog, his appetite increased, and he started to trust us more. Today Dobbie is a happy and healthy dog, a far cry from the poor creature that was brought in. 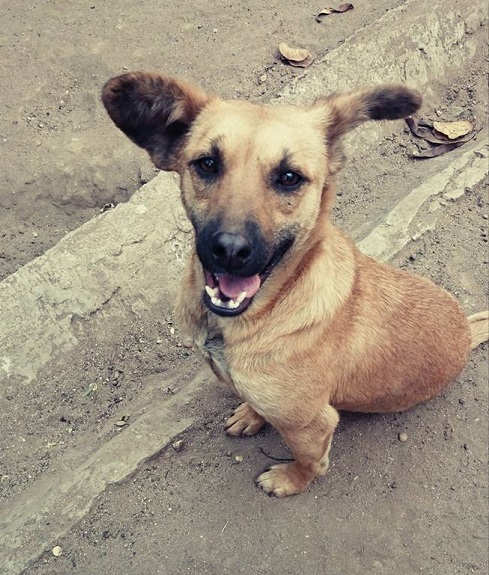 We also hundreds of dogs with all sorts of injuries such as infected eyes as well as mange, worms and infected ear lesions. There was far worse stuff too, a bit too graphic for K9 Magazine! 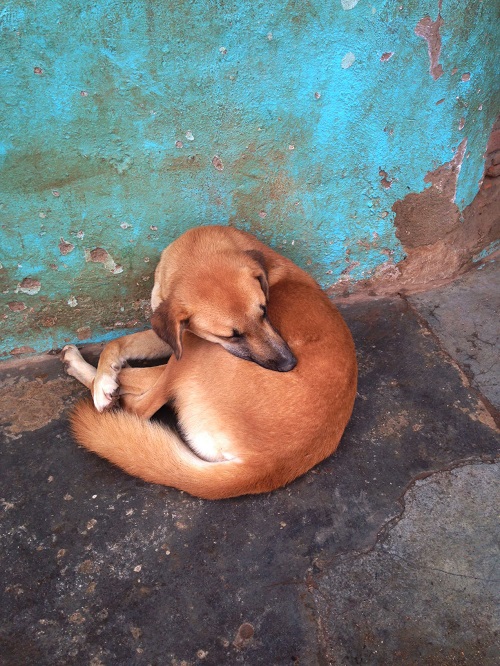 Working under field conditions was very challenging but we didn’t turn away a single dog. We work long days, often only finishing after the sun went down. But what keeps us going is knowing that these dogs had the right veterinary support, which is simply not available there. Dogs now have a chance of a healthier and longer life. 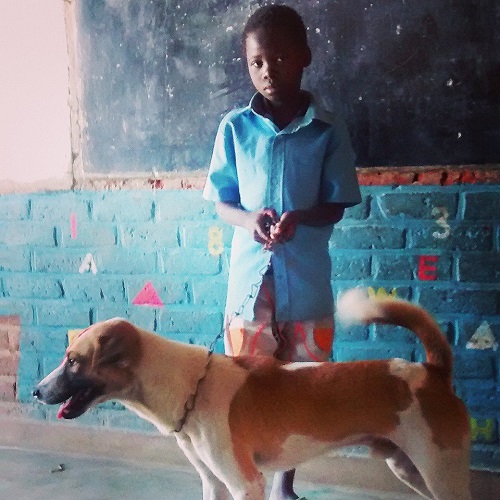 We found that by showing compassion and caring for the dogs we treat with respect, as well as explaining general aspects of responsible ownership will also change the general attitude towards dogs in the long run in Malawi. 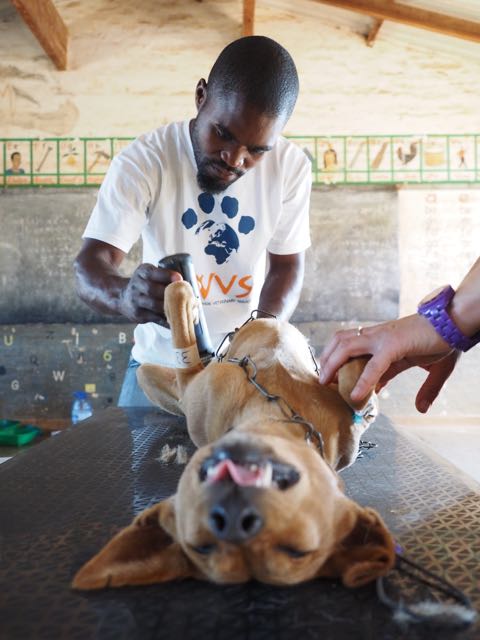 Many times it can be incredibly tough. Once we got a phone call from a veterinary technician from the Government Veterinary Lab who was working with us concerning a rabid dog in one of the poorest areas with the highest human population density. Most dog bites are recorded from this part of the city. As we reached the place, the heavens opened and the rain started to pour down on us again, which seems to happen as soon as we get a call. 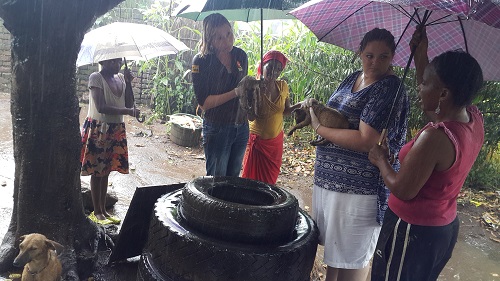 The owner of the free roaming dog told us that roughly 10 days ago she heard noises of dogs fighting in the street and for the last three days her dog was acting in a weird way. She told us that she hardly recognized him anymore and he had been hiding for the last 24 hours. As we went looking for the dog, wading through streams of muddy water and the torrential rain we eventually found him lying on the porch. He looked very sick and weak, unable to even get up, drooling with his jaw dropped; his small pupils were in a fixed cold stare. He was in the final paralytic stage of rabies.

A very experienced animal handler from the charity Blantyre SPCA who was worked with us, looped the noose of a catchpole over his head and made sure it was safe for me to inject the sedation. Once he was deeply sedated, I put him down so he didn’t need to suffer any longer. 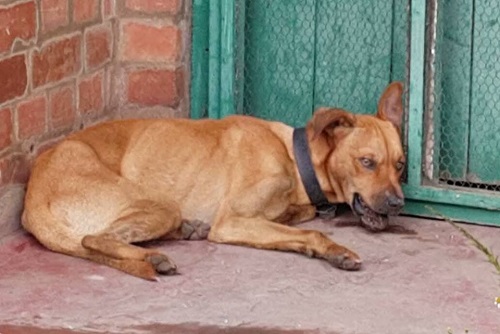 I find it such a shame that the dominating image of rabid dogs is something from a horror movie: snarling, aggressive creatures and beasts, foaming from the mouth, ready to pounce and bite your throat.

In reality these dogs are very sick animals, victims of an ancient and vicious virus, designed to make sure it’s spread via the saliva first, before killing the host. Which is scarier than any film. 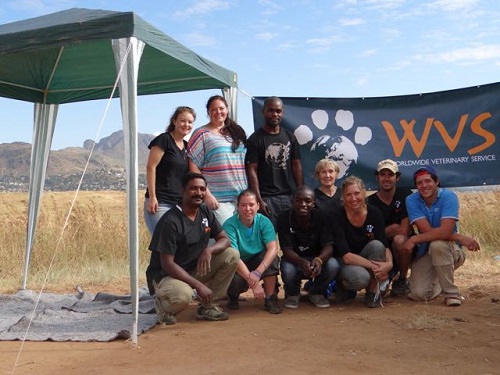 When I see these dogs I feel grateful that I am in the position to do the only thing I can do to help: end the suffering and make sure the animal can pass away, quickly in a painless and humane way, but ultimately by aiming to treat 70% of dogs in Blantyre in three years, we know that the future will be brighter, and healthier for the country's dogs. 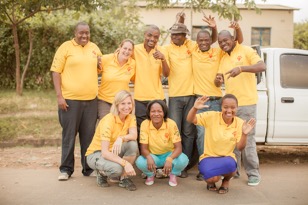 WVS and Mission Rabies continue to support dogs in Malawi and around the world with a sustainable veterinary resource.

WVS provide animal welfare charities all over the world with a sustainable veterinary resource, providing vital aid, which would otherwise not be available.

Its sister charity Mission Rabies has one simple goal – to eliminate rabies full stop. The need for your support is greater then ever. We have a constant demand for veterinary supplies, from treatments and dressings to surgical equipment.

Find out how you can get involved, donate and offer support by visiting here. Support WVS, Support Animal Welfare.