Olivia and Alex met and fell in love in front of millions ‘Love Island’ viewer in 2016.

The couple married last year and around the same time became a 2:4 family, adding Winnie, half-sister to their French Bulldog, Reggie (who they bought in 2016) to the family.

Ahead of their new TLC show ‘Olivia & Alex: Happily Ever After’ airing, they spoke with K9 Magazine.

We know only too well the joy of working with dogs but that’s to be expected, I suppose, given what we do. But what was it like for the couple to work with their dogs on their new reality TV venture?

“Our dogs come to work with us quite a lot anyway, they’ll travel to sets for shoots, for example, so it wasn’t something new but it was a lot of fun. We also have an entire episode on the series dedicated to them,” Olivia said. 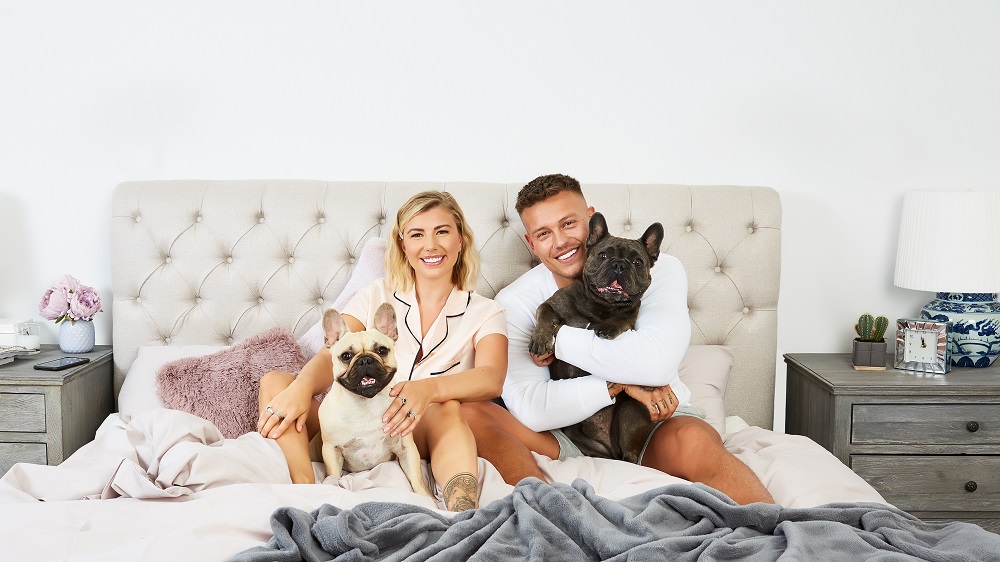 “Reggie had to have surgery to widen his nostrils so one episode focuses on that”, she continued.

The couple says Reggie has recovered well. Although their dogs are related, they aren’t worried about Winnie at the moment. “She seems to be fine,” Alex sounds relieved to say.

Having grown up with dogs, the couple knew they wanted a dog together. So what made them fall in love with the French Bulldog?

“They have such a big personality in a small body,” Olivia says.

“I wouldn’t say they’re particularly well behaved, they are quite naughty,” she says, laughing. She tells us she caught Winnie destroying post on their pet treat camera, for example.

We finish by asking the couple what they would ask Reggie and Winnie if their dogs could answer one question and one question only. Alex is the first to answer.

“I’d ask who do you love more - mummy or daddy?’ Without dropping a beat Alex thinks Reggie and Winnie would say “Their daddy”. Olivia disagrees. “No, they’d say mummy.”

Olivia thinks fellow 'Love Island' star Chris Hughes would be a Chihuahua if he were a dog (full disclosure: we asked this question) because he likes to be well turned out and can quite feisty to protect those he loves.

The couple thinks the launch of a new winter series of 'Love Island' could be a success. "Time will tell," Olivia says, adding that part of the appeal to 'Love Island' has been it's been a summer-only show with just one main series.