Russian dogs have a hard life. There is no concept of animal welfare in Russia – no RSPCA, no legislative standards for responsible behaviour, no restrictions on breeding and sale of pets and no culture of neutering.

As a result, hundreds of thousands end up in the streets dying of hunger, disease, cold, road accidents and culls. They are treated as vermin, killed and tortured for fun or are simply ignored. 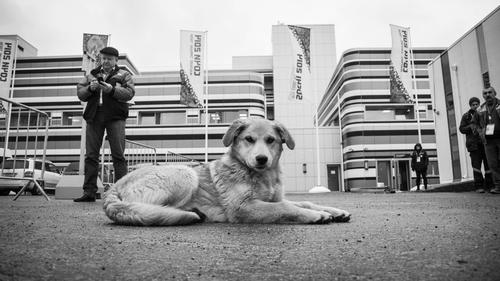 The situation in Russia is critical and requires urgent change.

There are mass killings of dogs by poisoning or other horrific methods by local authorities and so called "dog hunters". Poison is laid out in public places such as parks and streets and the dogs die in agony that can take hours.

Thousands of dogs suffer and die from neglect and cruelty in municipal shelters in Moscow and other large cities in Russia. There are private shelters (official and unofficial) for stray animals and various volunteer groups that help dogs in municipal shelters. However, there are not enough of them and they are severely underfunded.

However, since 2006 some cities of Russia, such as Moscow and Ekaterinburg, under the pressure of animal protection activists the city authorities changed their policy on dealing with stray dogs. The dogs are now caught in a humane way and instead of being killed, they are sterilised and placed in municipal shelters for life.

Yet this programme is deeply flawed and provides cover to corrupt dealings. Municipalities allocate substantial budgets towards catching and maintenance of dogs in shelters. There are separate tender processes for companies that want to catch dogs and for those that want to manage municipal shelters. It is big business. It is not easy to win such tenders – participants are required to put up substantial financial security. Payments of bribes to facilitate a favourable result are not uncommon. Participants in such tenders are not animal lovers – they have no interest in the welfare of the dogs. Dogs are a commodity to them and sadly, most of municipal budget money never reaches the dogs.

There are hundreds and sometimes thousands of dogs in one rescue centre – this means there are high levels of noise, animal stress and inevitably epidemics. Puppies are also not allowed in rescue centres. So if a bitch at the rescue centre was not sterilised due to an oversight, which happens sometimes, the centre would throw puppies away or kill them unless volunteers save them.

Added to this situation is the fact that there is only a couple of staff for hundreds of dogs and the majority are not trained and do not know what the animals needs are.

If it were not for the commitment and generosity of volunteers who help the dogs in municipal rescue centres, many more dogs would die. Spending their own money and time volunteer groups arrange veterinary care for sick dogs and transportation to vet clinics, provide the dogs with vaccines, buy hay to keep the dogs warm in winters, provide food supplements (often hot, meat based porridge or stew which they cook themselves for hundreds of dogs), walk, socialise and re-home dogs, generate some PR about the shelters including petitions and protests in order to fight severe injustices and poor treatment of dogs. For dogs from municipal shelters these volunteers are the only chance they have.

Natalia Chumak, is a Russian who currently lives and works in the UK. For as long as she can remember she has always wanted to stop the suffering of Russian animals, and dogs in particular. 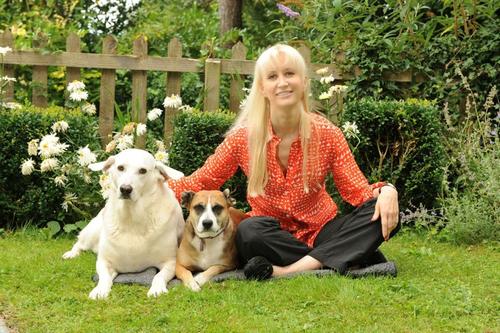 Natalia at home with her dogs

In 2012, Natalia set up a UK Charity called LAPA (meaning PAW in Russian) whose aim is to end animal suffering, reduce the stray population and to introduce animal welfare standards in Russia through a series of initiatives. 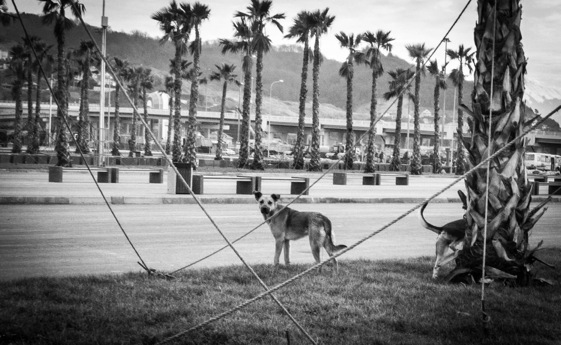 These include some rescue and sterilisation work, educational programmes in Russian schools so that the children can learn about how to treat their pets properly and prevent them from ending up in the streets. 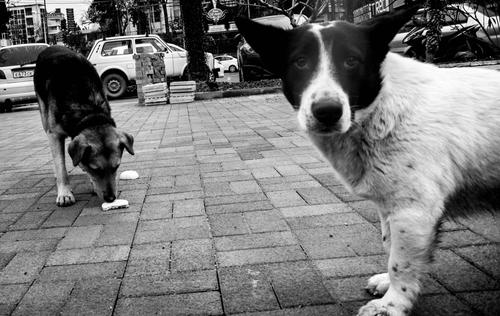 During the Winter Olympics in Sochi thousands of dogs were shot or poisoned. LAPA rescued 18 dogs from culls conducted by the local administration in order to "clean" the streets. It was the largest international rescue in Sochi.

LAPA Saving the Lucky 13 from Sochi 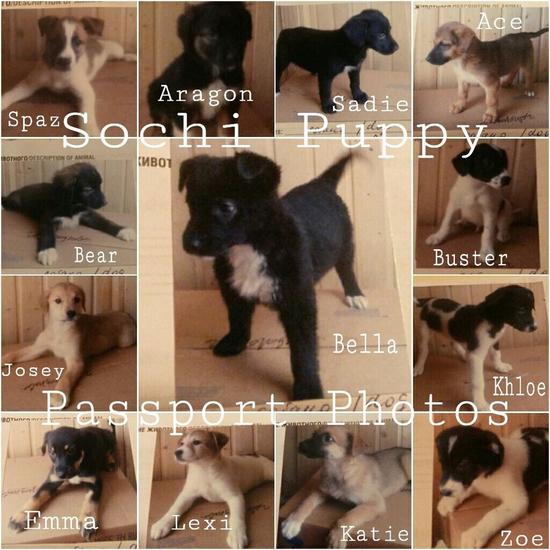 The 13 Puppies Rescued as seen in their Passport photos.

These 18 dogs included 13 pups from one litter - they were named "The Lucky 13" by the US press. The pups were found next to their poisoned Mum when they were only two weeks old.

LAPA had very limited resources and these babies required a lot of care but they just could not be left there. The lady who found them had to hide them in her jumper in order to pass Russian security guards in the Olympic Park. 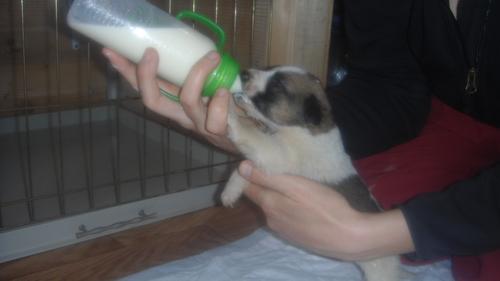 LAPA arranged for the babies to be collected and taken to a kennel where they were bottle fed 24/7 until they were able to eat solid food. Amazingly, all 13 pups survived. 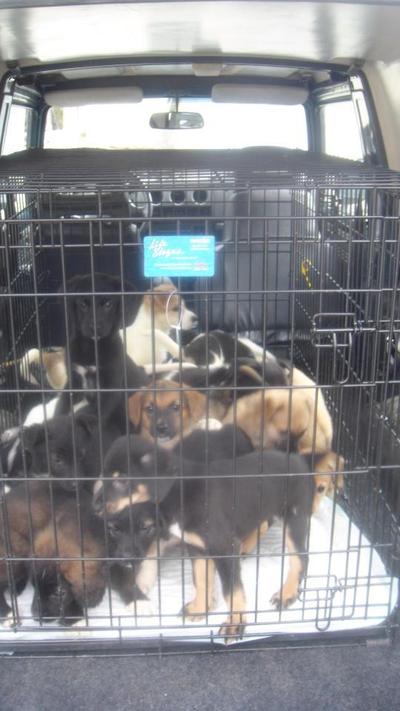 When they were almost 3 months old, they were transported from Sochi to Moscow by car (which took 24 hours) where they stayed for several nights with two foster families and they were then shipped by air via Germany over the course of 4 days (3-4 pups per flight) to the Florida (US) based no-kill shelter ARNI Foundation. 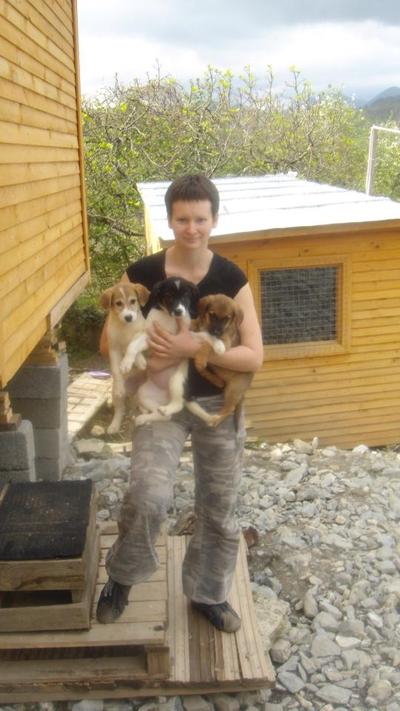 The 13 Puppies Rescued and being fed at the Sochi kennel. 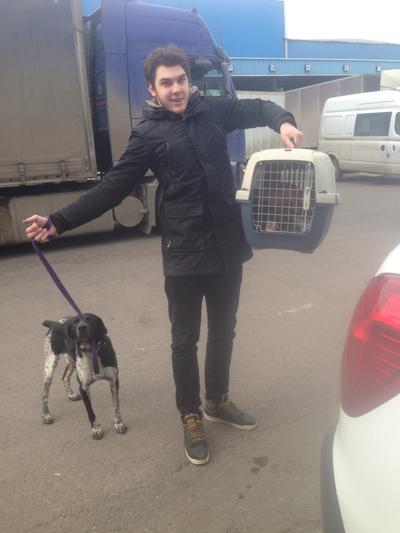 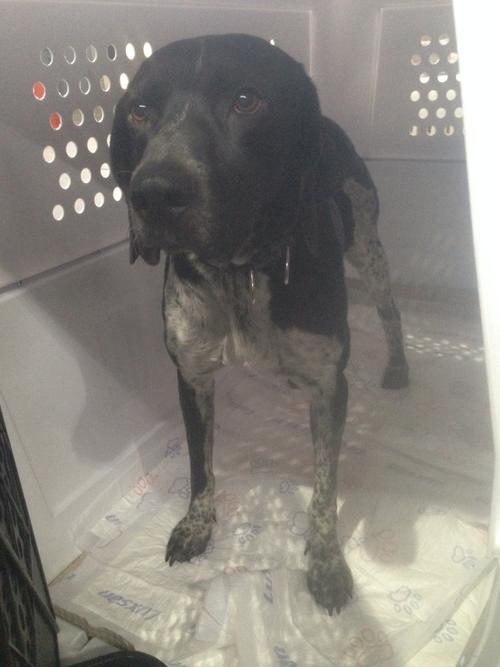 Honey at Moscow airport on his way to Florida

On arrival into Florida

We are pleased to say that they have all found very happy homes and the project has received a lot of publicity in the media which was a fantastic way of raising awareness about the problem in Russia. 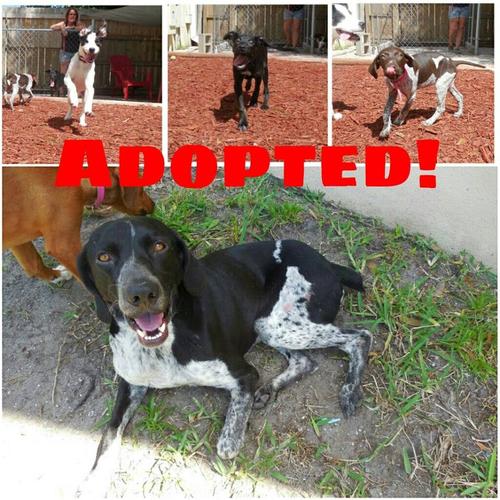 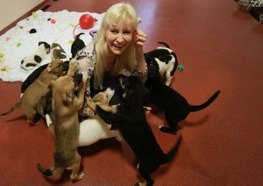 Natalia visited the puppies shortly after their arrival at ARNI, pictured above, and is pleased to report that they look happy, healthy and are very playful.

A photo from the exhibition

A new photographic exhibition entitled, “Sochi Strays” Lending LAPA a Paw by Lisa Johnson will be launched Thursday 18 September at Notting Hill's Lisa's Restaurant & Bar. The exhibition will highlight the relationship between man's best friend and the brutalism architecture of post-soviet Russia through the eyes of a westerner, giving a glimpse into the everyday lives of the thousands of stray dogs in a country a lot of us know little about.

It also opens up the debate on the issue of the world's largest sporting events and how host countries manage the multi-million pound development of an event city’s specific infrastructure, and it’s affect on the local residents and the animals.

Through all of these amazing years of eye opening experiences, one thing has remained constant, Lisa’s love and care for dogs. No less demonstrated by her fostering stray dogs for the Battersea and Mayhew Dogs rescue shelters.

It was during the Winter Olympics this year in Sochi, Russia where Lisa was heading a hospitality programme for an official major supplier to the games that her love of dogs would inspire her latest work.

“I was drawn to the packs when I was walking around Sochi with my camera. Photographing the dogs was a pleasure. I was so surprised how tame the strays were and just how affectionate and trusting these dogs were with me. I was devasted after enjoying a releatoinship with the dogs that suddenly, they were just not there anymore.” 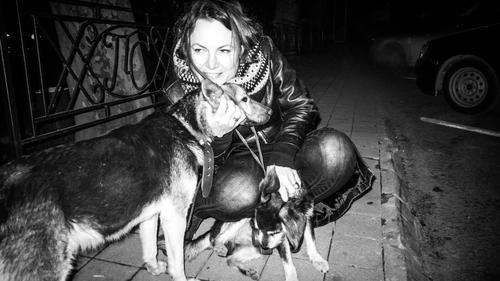 Lisa Johnson on the street with the dogs

She discovered that there was only one international charity working on the ground in Sochi, the young UK and Russia based, LAPA (Helping Animals in Russia), and decided to help raise funds for them by hosting this exhibition - ALL funds raised from their sale will be donated to the charity.

LAPA is a young and small charity and the problem we are fighting is huge. However, with every step we make, we get that bit closer to achieving our goal and we will not stop until we do. To find out more about the work of LAPA or to offer support, please visit the LAPA website or send a donation via our donate page

Sochi Strays Lending LAPA a Paw exhibition is being held at Lisa’s, 305 Portobello Road, Notting Hill, London W10 5TD on Tuesday 18th September 2014 at 7.30pm. If you would like to attend please email: INFO@LAPAUK.ORG or visit online at www.lisajanejohnson.com