Last year, the number of homeless people in the UK grew and according to the charity Shelter, it’s growing fastest in the Midlands, Yorkshire and the Humber, and north-west England.

Spiralling rents, job cuts and rising everyday costs mean that Shelter’s figures serve as a reminder that life is fragile. The status quo is fragile. Sometimes it only takes one card to fall for the whole house to collapse. 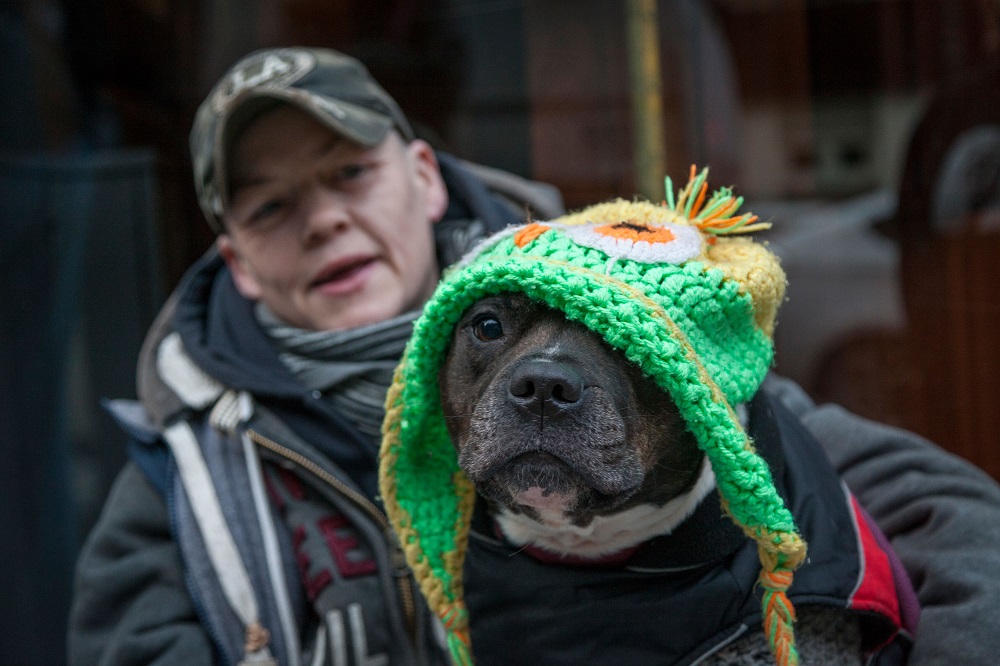 Over the last couple of years, we have seen a growing movement of people taking to the streets across the UK to help homeless people care for their pets, their closest companions. Michelle Southern is one of them.

After working in a veterinary practice, Michelle founded Street Paws in Newcastle Upon Tyne in 2016 after working with a soup kitchen. Now, her organisation hosts monthly outreach sessions across some of the hardest hit areas in the UK.

She tells us what drove her to help.

The Birth of Street Paws

“I was working with a local group in Newcastle who runs a soup kitchen for a few months when I saw a dog at the outreach. I saw that the people were being cared for but there didn't seem to be anything for the dogs' care.

"The dog looked very well cared for but I suspected that he got little or no veterinary care. I was working at that time as a Practice Manager in a vets so I thought that I would see if I could get a vet to come out with me to see the dog. We went out as a team of three the following week.”

Soup kitchens are central to what Street Paws does, providing a trusted and known base to work from to meet up with homeless people and their pets. Over the last few years, Michelle has seen just how needed outlets like this are. 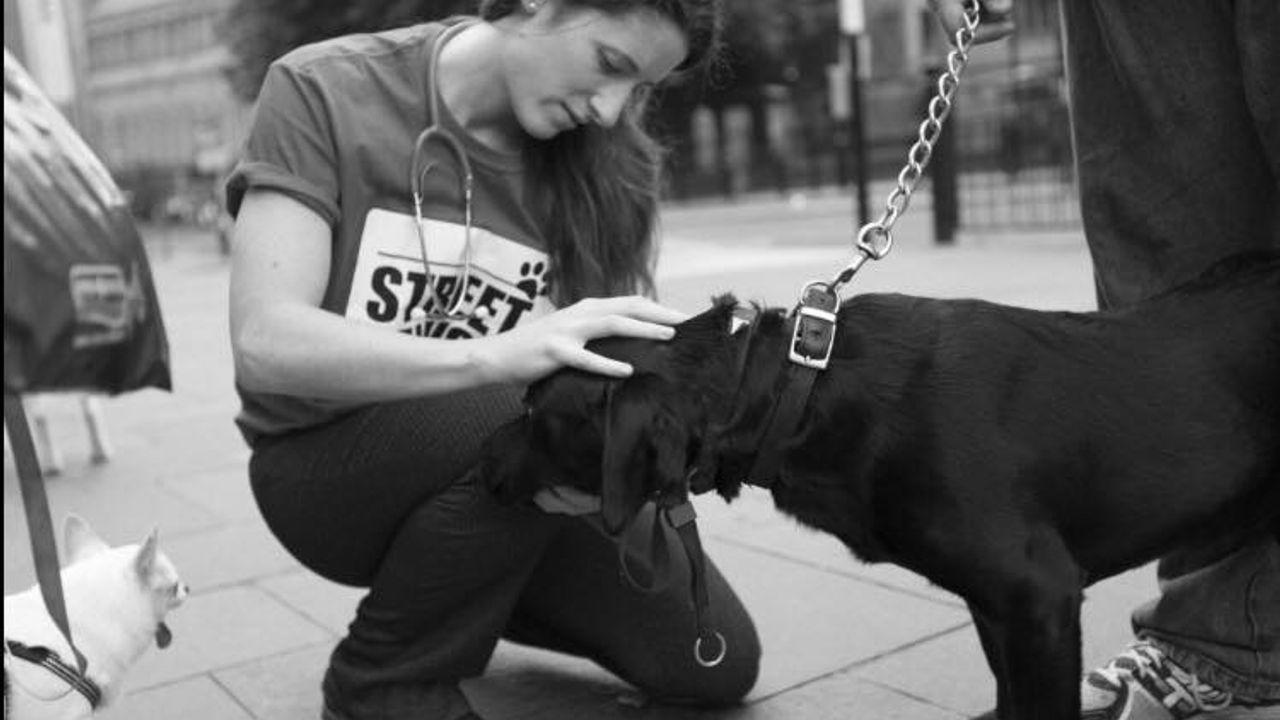 “Working with the homeless community for nearly three years it's sad to see such a huge increase in rough sleeping right across the UK. The soup kitchens are seeing record numbers of people weekly as not only homeless people access their service.

“Many people are needing to seek help for food because of benefit issues, poor wages and simply struggling to pay their way. I have met people who are working full time yet are sleeping in their cars as they are homeless. The major barrier to our homeless clients with pets is that they simply cannot access hostels, shelters and accommodation because they have a pet.” 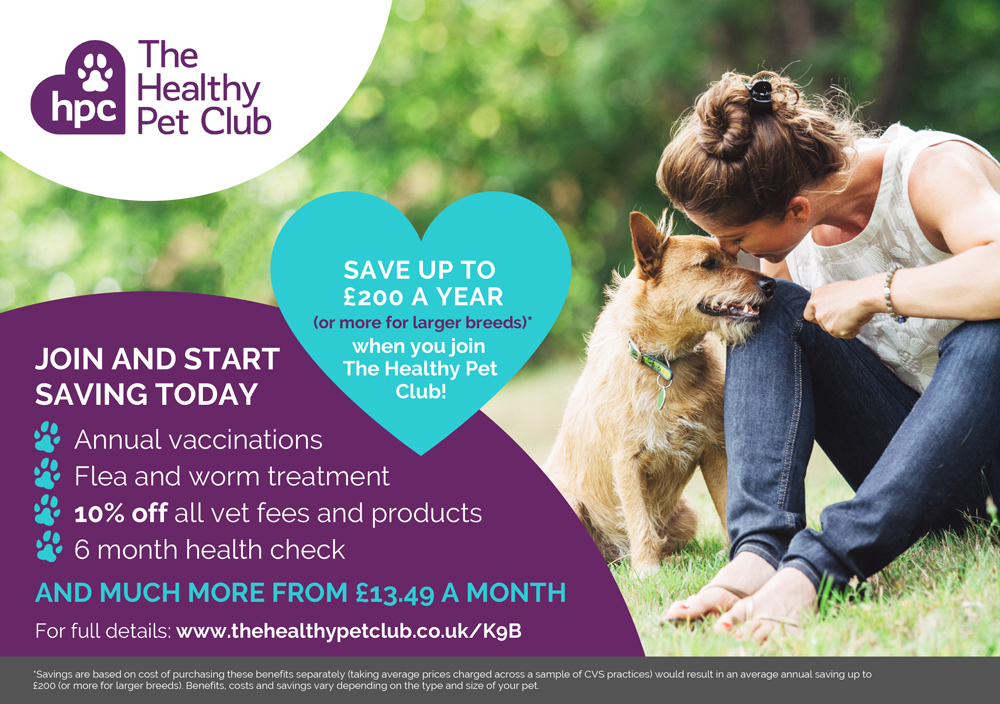 Combating 'No Dogs' Policies in Hostels

The UK experienced some extreme temperatures last year and because many hostels operate a ‘no dogs’ policy, homeless dog owners had no choice but to sleep on the streets. Michelle tells us this shaped a new initiative to help homeless pet owners get out of the cold.

“Last March during the Beast from the East we met many rough sleepers who had no choice but to sleep out in sub-zero temperatures as they couldn't get into a hostel because of their dog. Street Paws now works alongside a local dog home in Newcastle and Manchester to provide temporary kennel space for the animals in Street Paws care.” 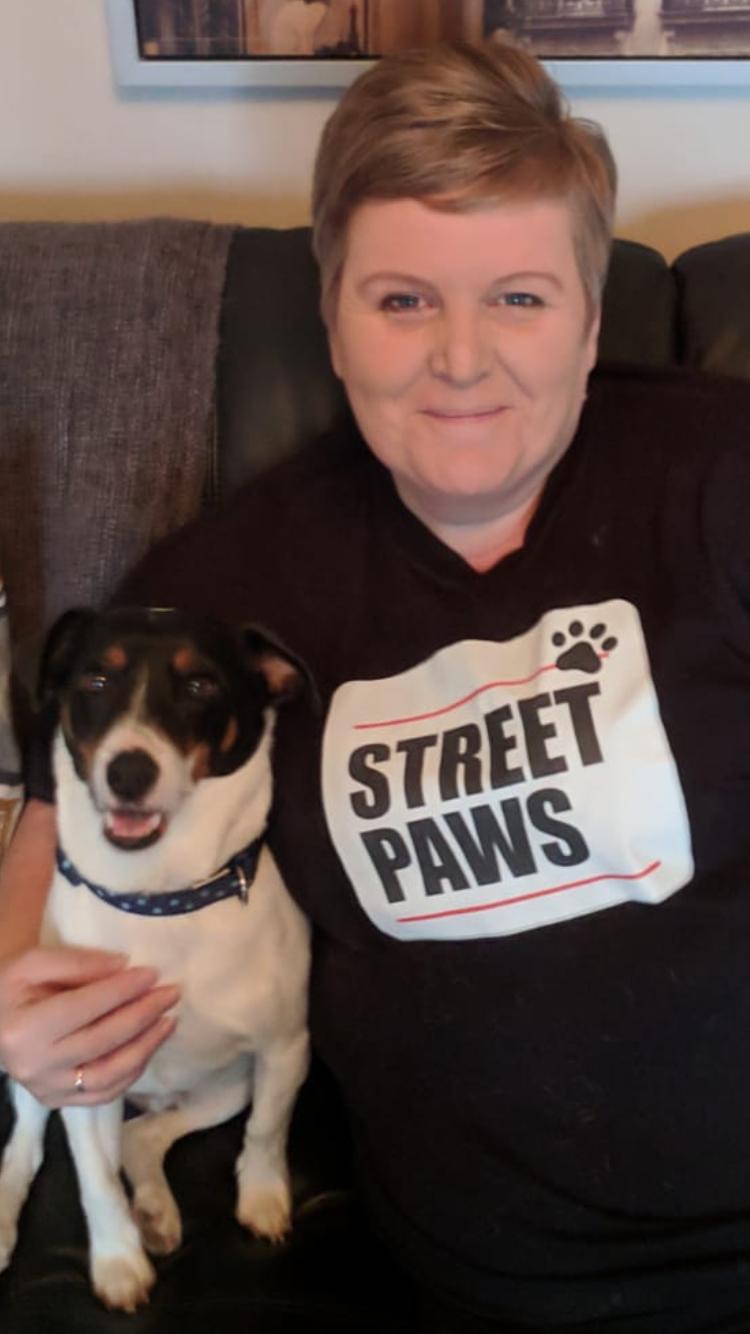 Dogs provide the ultimate companionship and loyalty to their owners, regardless of where they call ‘home’. Michelle explains the initiative, working alongside dog homes has expanded to give peace of mind to homeless people who own pets but need medical care themselves without fear of losing their dog.

“We use this service during winter for respite, and when the owner needs to access medical care themselves. We hope over time to roll this out across all our outreach areas.

"In Leeds, we are working with a very proactive hostel which is installing dog kennels into their grounds to accept rough sleepers with dogs to access their service. We have worked together for the past six months from planning to installation and the kennels will be in place from late January 2019. Street Paws will support the kennels with veterinary care and the staff with canine first aid and dog behaviour training.”

Over the last few years, Michelle tells us she’s been involved in caring for many animals, including a ferret named Clyde at the first Street Paw outreach in Newcastle back in 2016.

She shared a few memorable stories with us. 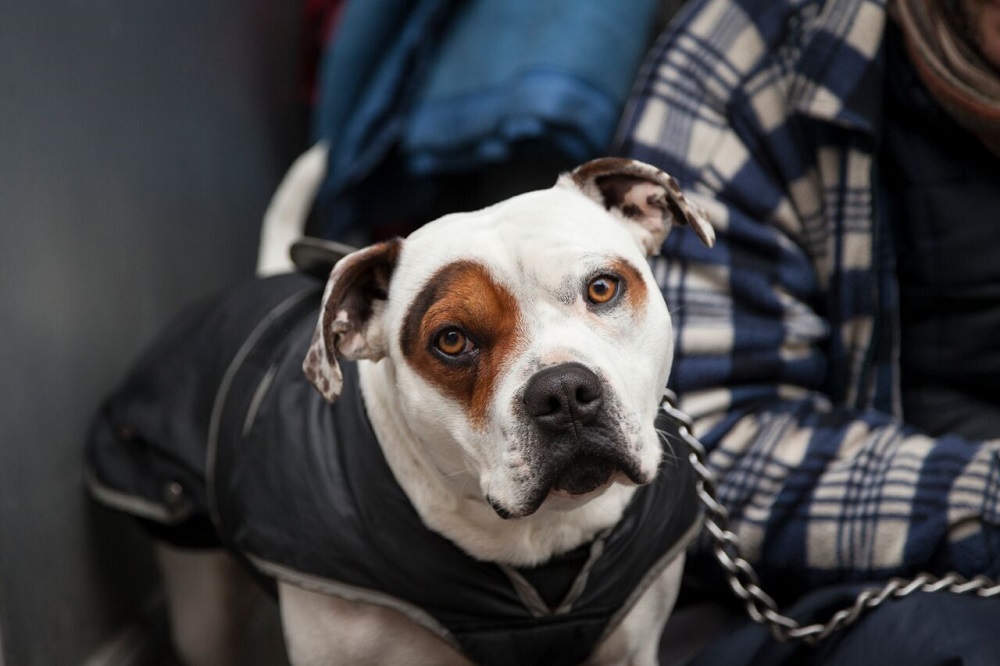 “Stuart was rough sleeping when we first met in 2017 with his lovely best friend, Asbo. Asbo was very fit and well, but we were able to help them by providing vaccinations and preventative treatments.

"Stuart remains a friend of the York outreach team and is now in a supported living arrangement with his beloved dog, who is now a bit of a local celebrity as he appears on our charity calendar and mugs.

“Kiki is a popular dog in Leeds and has a special place in my heart, she is often found sporting the latest fashions and I particularly love her duck hat. Her mum keeps her warm with lots of layers. She hears our volunteer trolley coming along the street and gets very excited to see us, she's such a lovely dog." 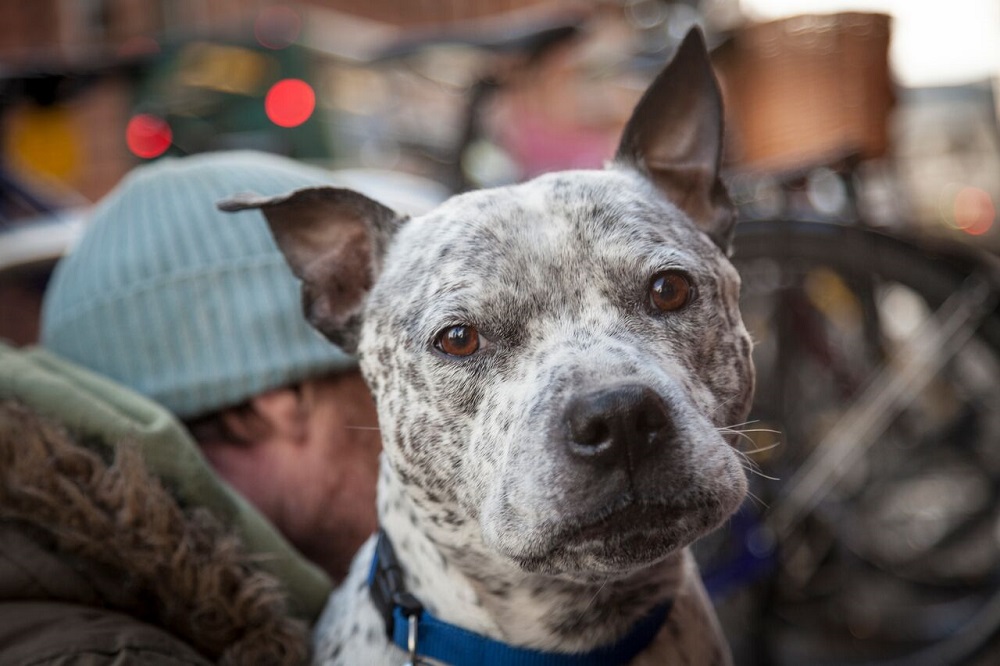 “Pepper and his dad are in Manchester and again he is a social media star of the charity. He's a lovely dog who often has sore feet which the vet team are able to monitor and support when necessary to make him comfortable.”

Michelle wants Street Paws to continue to grow, expanding into more areas across the UK to reach out to every animal in need. She plans to expand their services to enable anyone who is rough sleeping to access pet services such as vet care, accommodation and medical care for themselves without fear of losing their dog.

Street Paws promote relief from animal suffering by providing free veterinary care to animals belonging to homeless people and those in crisis and provides a monthly outreach to provide health checks, vaccinations, flea and worming treatments and microchips in the North East, North West, Yorkshire, Wales and Northern Ireland.

The organisation relies on donations to continue their work. To get involved in their fundraising campaigns and make a donation, visit www.streetpaws.co.uk or www.wonderful.org/charity/streetpaws 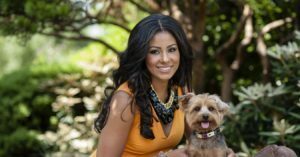 A Day in the Life of a Pet Talent Agent 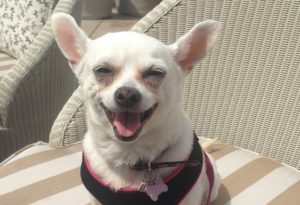 How a 10 Pound Chihuahua Saved My Life 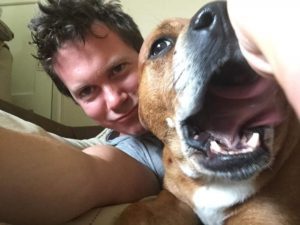 ‘I Found My Path in Life Because of This Dog’