Do you ever wonder what your dog knows that you don't, and wonder maybe if the next generation will discover?

We do. But we also wonder the same of their history.

Take a break with K9 Magazine and delve into 15 things you might not know about dogs.

1. Pomeranians were two of only three dogs to survive the sinking of the Titanic, the third was a Pekingese.

2. A Border Collie was the first ever dog to star in an American film. Performing in mainly silent films, her name was Jean the Vitagraph Dog. She paved the way for dogs in TV shows and films, so the careers of Lassie and Tin Tin are owed to her. It's said she became a lucky charm for film directors. 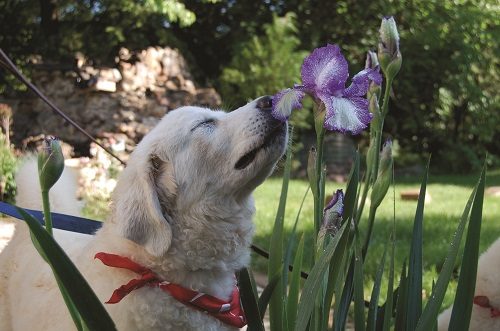 3. Poodles are not actually French at all but originated in Germany. The first written mention of the breed came in 1524 when German writer, Gesner, describes a dog called a Pudel as a retriever, specifically for waterfowl, in which task, he says; 'the dog has no superior'.

4. Newfoundlands were originally bred to help on fishing boats, although there are speculations the breed have roots as Viking's dogs. Their physique, attributes such as webbed paws, allowed them to assist and rescue those fallen overboard. They have been so thoroughly bred to rescue people from the water that it's claimed they often try to rescue those who don't actually need help - you can decide on the helpfulness here!

5. The Korean Jindo is a hunting dog with a peculiar habit. It's claimed these dogs prefer to go hunting alone, returning home with their prizes. When they catch something too big to carry home on their own they memorize the spot and fetch their owners.

6. Now for a crazy law - in Hartford, Connecticut in the USA it is illegal to educate dogs. To what extend we wonder, sitting exams or PhD's or basic education, sitting, walking to heel?

7. The world's most expensive dog is a a red Tibetan Mastiff named Big Splash (“Hong Dong” in Chinese), who recently sold in the Chinese city of Qingdao for 10 million yuan, about $1.5 million in U.S. Dollars.

8. There are more Boxers jumping on trampolines on Youtube than any other dog breed.

9. Around four times as much is spent on dog food than baby food per year.

10. The common belief that dogs are colour blind is false. Dogs can see colour, but it is not as vivid as humans see. Dogs can differentiate between blue, yellow, and grey, but probably do not see red and green.

11. Lord Byron, who resided at Newstead Abbey in Nottinghamshire, was so devastated upon the death of his beloved Newfoundland, Boatswain, that he had inscribed upon the dog's gravestone still there today in gardens at the Abbey the following message: "Beauty without vanity, strength without insolence, courage without ferocity, and all the virtues of man without his vices.”

12. Prairie dogs are not dogs, they are a type of rodent.

13. A dog named Crab (from Two Gentlemen of Verona) was the only named dog in any Shakespearean play.

14. It's estimated that in the USA every hour 12,500 puppies are born (while it's estimated between 6-8 million dogs enter the US animal shelter system each year).

15. A mongrel named Bob was the first dog to be awarded the Dickin Medal in March 1944 for bravery in service during World War II. Bob worked on patrol at Green Hill, North Africa where he served with the 6th Battalion Queen's Own Royal West Kent Regiment.