Sometimes we don’t give our dogs enough credit. We look at them as simple beings, here to please us and do as we say. But if you think about it, they actually have us pretty much exactly where they want us. They don’t work, don’t pay bills or muck in around the house, but they do get food put down to them, have their belly rubbed by us and we even pick up their ‘doings’ after them. But that isn’t all, almost every day someone gets taken for a ride by their dog. 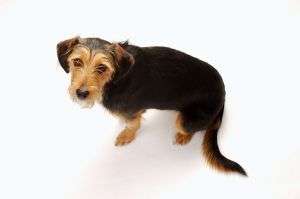 Imagine the scene, a dog frantically scratches the door, the owner rushes to let the dog out sensing desperation for the toilet, the dog then spends ten minutes pottering about, taking his time and doing as he pleases in the garden, whilst his owner waits patiently for him to finish.

This is just one from a catalogue of examples of how our dogs can play us like fools. Whether they want food, fuss or freedom, your dog has a trick or two to get what he wants.

Did you know that your dog is capable of actually faking an injury in order to get extra attention? Think of children in that aspect. Regardless if you have kids or not, we all have seen an example of when a child will cry extra loud or scream about something that is “wrong” in order to – yep, you guessed it – get attention. But how can your dog do the same?

It is to be noted that this is a learned response that a dog must have picked up. For example, I recall a miniature poodle that required knee repair on the right rear knee. The surgery went well, and the dog recovered from anesthesia and was sent home the following day. At the one-week recheck the dog was still holding up the right rear leg, but this is not uncommon after only one week. Upon manipulation the knee felt strong, and a recheck appointment was scheduled for two weeks later. At the three-week post examination the dog was still holding the leg in the air and getting around on three legs. Again upon palpation the knee felt strong. X rays were taken to ensure that the surgical correction had not broken down. The radiograph confirmed that the knee was stable, but still the dog limped around on only three legs.

The doctor then questioned the owners about allowing her too much activity or letting her run on slippery floors, but the owners were conscientious about such things and had been extremely careful. Further discussion revealed the problematic behaviour of her owners. It seems they had been lifting and holding their poodle a lot to "help" her out. They were very accommodating, and when she limped into a room they basically waited on her as if she were a princess. The doctor counselled the owners to stop paying so much attention to this limping and begin to treat her normally. The owners complied but still she held her right leg up in the air.

Finally the doctor decided to bandage up her left rear leg to evaluate if she could actually bear weight on it. The dog was able to and showed no sign of pain or apprehension. The good leg remained bandaged for one week, and upon removing the bandage the dog was four-legged again. Basically, the owners trained this dog to limp and had no idea that she could do so in an attempt to gain attention. It was a fascinating lesson.

Although quite a lots what dogs do is to please us, they do pick up on things that indirectly get them what they want. The moral to the story is: Be careful what you reinforce - you may get it.

On the flip side of the coin, this can be turned to your advantage if you spot the signs of a dog trying to trick you. Some readers may remember ‘Well’ard’ the dog belonging to Robbie Jackson in Eastenders. The dog that played ‘Well’ard’, a bitch called Skye, had been trained to limp by her owner. This was demonstrated one year at Crufts as Skye limped on command in front of an impressed crowd. She could even change legs on command. 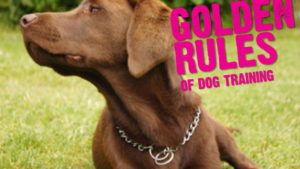 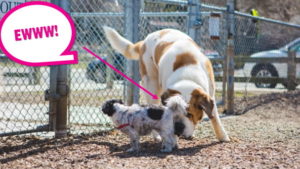 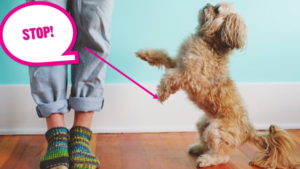 How To Stop Your Dog Jumping Up