Canine Cushing's syndrome is a chronic illness that, if left untreated it can rapidly and severely affect your dog's quality of life and can lead to a range of more severe health problems and in certain cases can cause fatal complications.

Understanding the causes and symptoms of Cushing's Disease in dogs could save your pet's life.

The pituitary gland produces a hormone called cortisol, which stimulates growth and also stimulates the adrenal glands into production.

A healthy pituitary gland will create growth hormones during the normal canine growth period and will cease production once the dog is fully grown. An overactive or otherwise malfunctioning pituitary gland can cause excessive growth. 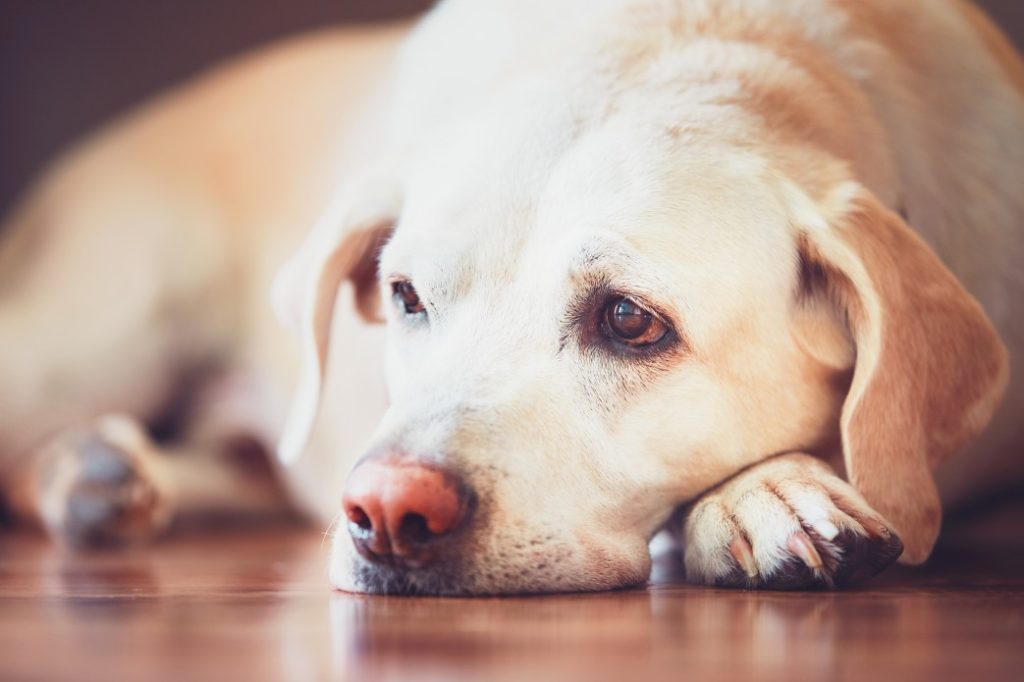 Cushing's disease can also cause excessive adrenaline production as it sends incorrect messages to the adrenal glands. The overproduction of adrenaline is what causes Cushing's Syndrome in dogs (and people).

In most cases, Cushing's disease affects older dogs but if the disease is diagnosed in its earliest stages and the correct treatment is provided, it is possible that the dog's life expectancy can be normal.

Breeds most at risk of Canine Cushing's Disease

Some breeds are more prone to the disease than others, including: 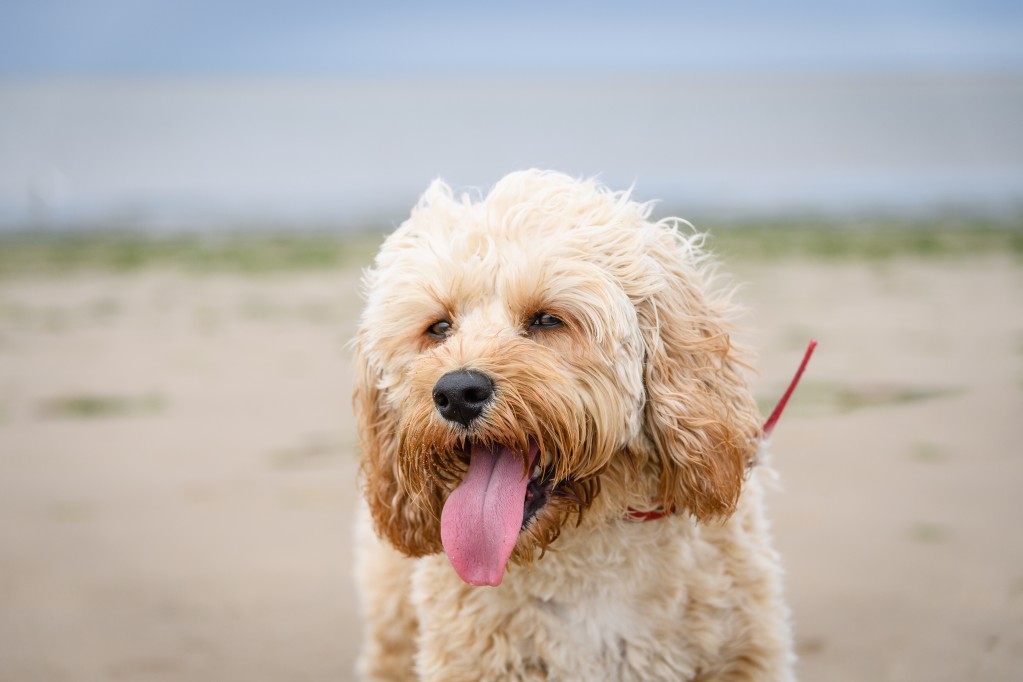 The symptoms of Cushing's syndrome are often mistaken for the regular signs of old age but some symptoms are more pronounced.

The most common signs of Cushing’s syndrome are similar to those that may be associated with the normal ageing process, which sometimes makes it difficult for a vet to immediately diagnose the disease.

Many of the clinical signs are also not unique to Cushing’s and could reflect other health concerns.

Given that untreated Cushing’s can increase the risk of developing serious conditions, such as blood clots in the lungs, urinary tract disorders or even diabetes mellitus (a deficiency of insulin resulting in high blood sugar); you would expect your dog to show extreme signs.

In fact, the initial signs are not severe at all. The most common signs include:

It is often the increased drinking and urination that prompt an owner to take their dog to the vet. Other signs, such as panting and lethargy, or just ‘slowing down’, are often mistaken for old age.

The two tests that are usually used to diagnose Cushing's are called the ACTH stimulation test and the low-dose dexamethasone suppression test.

In both cases, the dog will need to be left with the vet for a few hours or possibly for the day. The vet may also perform a test to identify whether a pituitary or adrenal tumour is causing the disease. 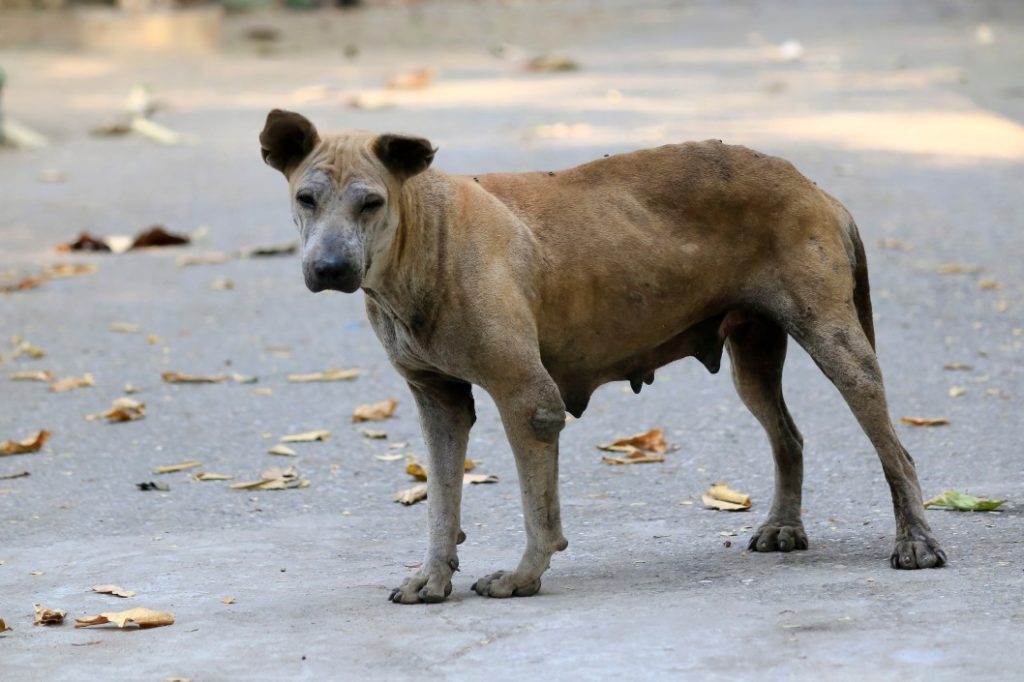 There is only one licensed treatment for canine Cushing’s syndrome in the UK. It contains a drug called trilostane, which blocks the production of cortisol.

A dog with Cushing's will have to take one or two capsules a day depending on its size and its response to treatment. These capsules will need to be given to the dog for the rest of its life.

Cushing’s syndrome is not curable but it can be very effectively controlled, with treatment, maintaining a good quality of life for your dog.

What is important is regular monitoring of your dog’s condition and returning to the vet for check-up appointments.

In the early stages of therapy, careful monitoring is required to assess the response to treatment. This may mean regular blood tests.

The clinical signs of Cushing’s, such as increased hunger, increased drinking and urination, improve quickly within the first two weeks of treatment but skin changes and improvements in hair loss take a little longer — generally 3 to 6 months.

Left untreated, Cushing’s syndrome can cause extreme problems for your pet. 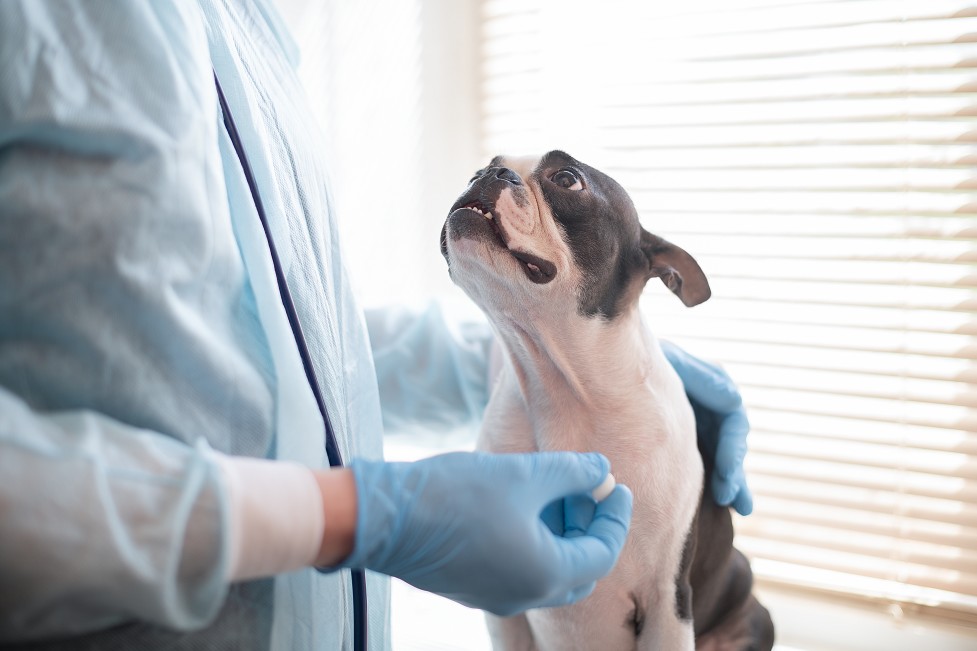 What to do if you think your dog has Cushing's Syndrome

Diseases in elderly animals are not uncommon but the older a dog gets the more susceptible it is to disease.

One of the most commonly diagnosed endocrine disorders in dogs is hyperadrenocorticism, also known as Cushing’s Syndrome.

Some of the signs seen in dogs with Cushing’s syndrome can be mistaken as just being due to old age when they are in fact due to illness.

These glands are located next to the kidneys and produce cortisol, which helps regulate the body's metabolism. 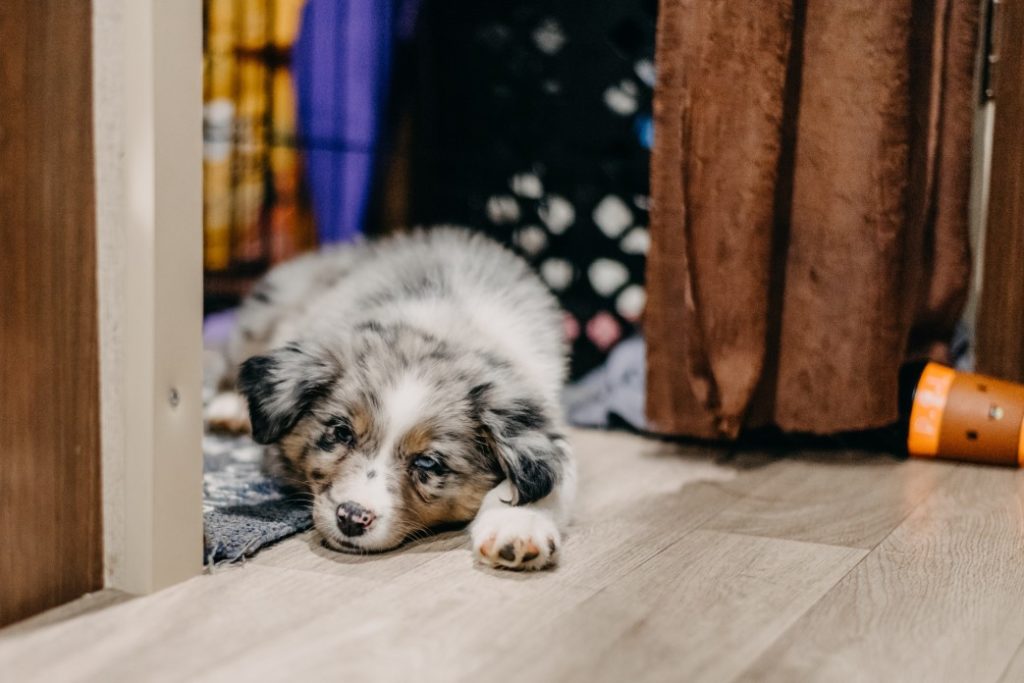 The hormone ACTH (adrenocorticotropic hormone), which is produced by the pituitary gland at the base of the brain, controls the production and release of cortisol from the adrenal glands.

Cortisol is a necessary part of your dog’s life and plays a vital role in protein, carbohydrate and fat metabolism. It is released into the bloodstream during times of stress (for example, if your dog is in pain or anxious), to help the body prepare for a fight or flight response.

Dogs with Cushing's are actually producing a chronic excess of cortisol, which is a result of a tumour in either the pituitary gland or one of the adrenal glands.

Left untreated, this can have a detrimental effect on how your dog's organs function while also having a harmful effect on their metabolism.

If you suspect your dog has any of the tell-tale signs, please book an appointment with your vet as soon as possible. It could save your pet’s life.

Meet Charly, Blacky and Bola. All three dogs have been diagnosed and have a severe case of hyperadrenocorticism.