Last month a new documentary, 'A Dog's Life' premiered in Brussels to tell the story of how street dogs in Bosnia and Herzegovina are treated behind closed doors in animal shelters.

The film follows Bosnian-born Milena Malesevic and the dogs she meets.

Milena has rescued more than 1,000 dogs since 2006. During the war in Bosnia many people could no longer care for their pets and as a result, many dogs ended up on the streets. Through her rescue, Saving Suffering Strays Sarajevo, she helps them to recover in private kennels and foster homes before finding them new homes. 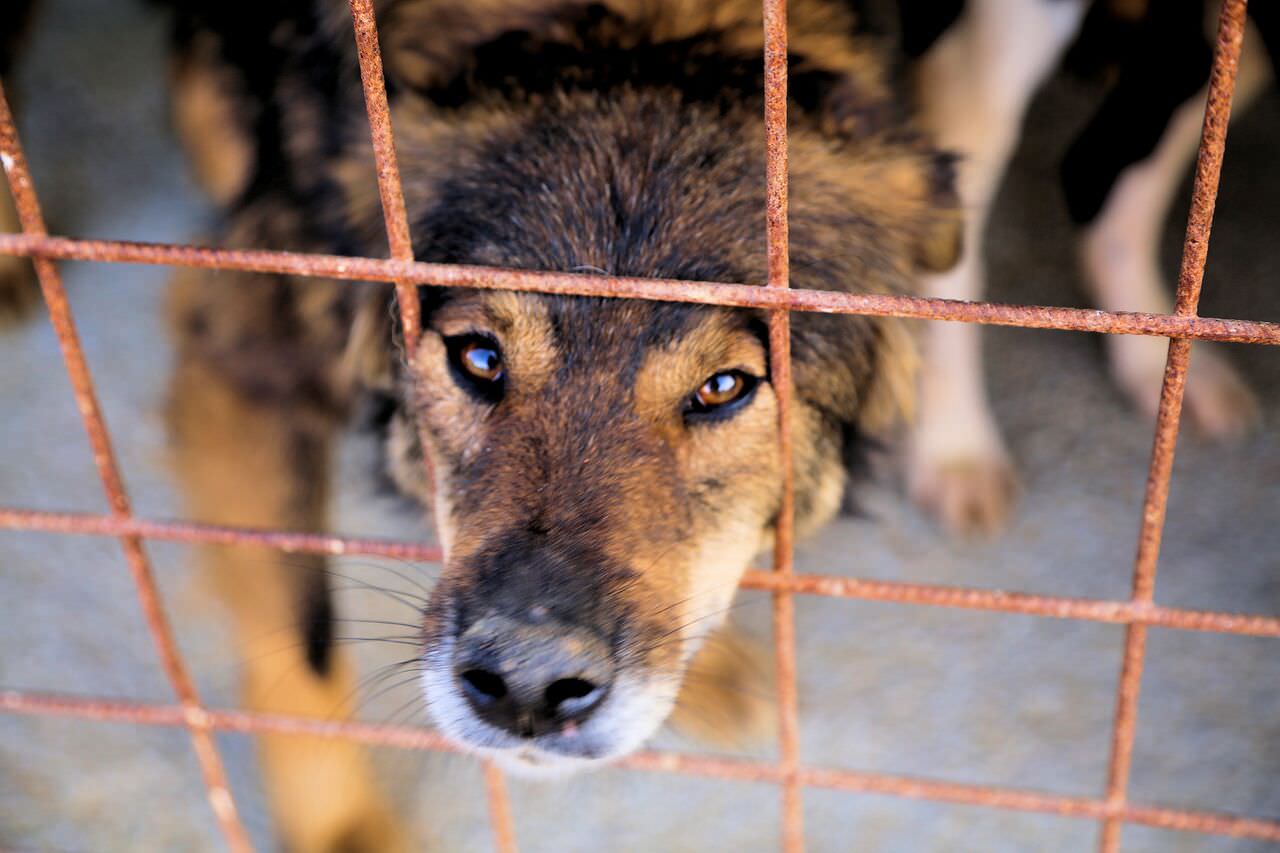 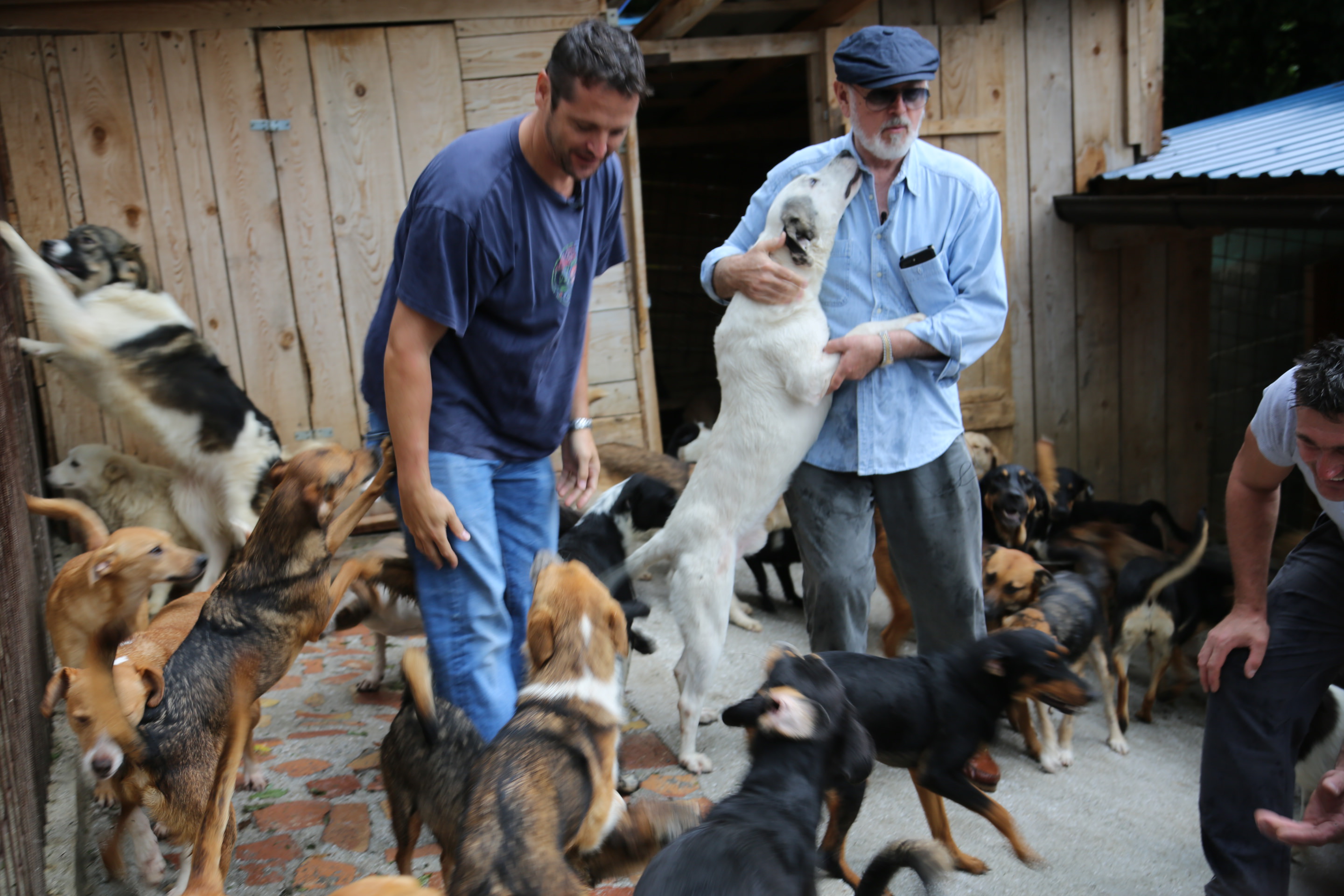 'A story to be told'

Maria Slough is a writer, director, photographer and dog lover. She's also friends with Peter Egan and has worked with him on various animal welfare campaigns before.

She knew of Milena's work and together, with the help of colleagues who hope to give a voice to the voiceless, she and Peter formed an idea to make what she tells us was a very different film.

Maria told us, "Peter and his wife adopted a dog from Milena many years ago and have kept in touch. When I shared the idea for the film with him, he said 'let's go and meet Milena, she's an extraordinary individual'. The plan was to meet her and interview her on camera and it would overall be a positive piece that could be shared on social media. At the same time, I could then have a look at the life of dogs in Bosnia."

"When we got there one of the first things we did was go to a kill shelter and it stopped us in our tracks. We filmed everything that was there. Afterwards, we filmed our interview with Milena and we both said we felt there was a different story to be told." 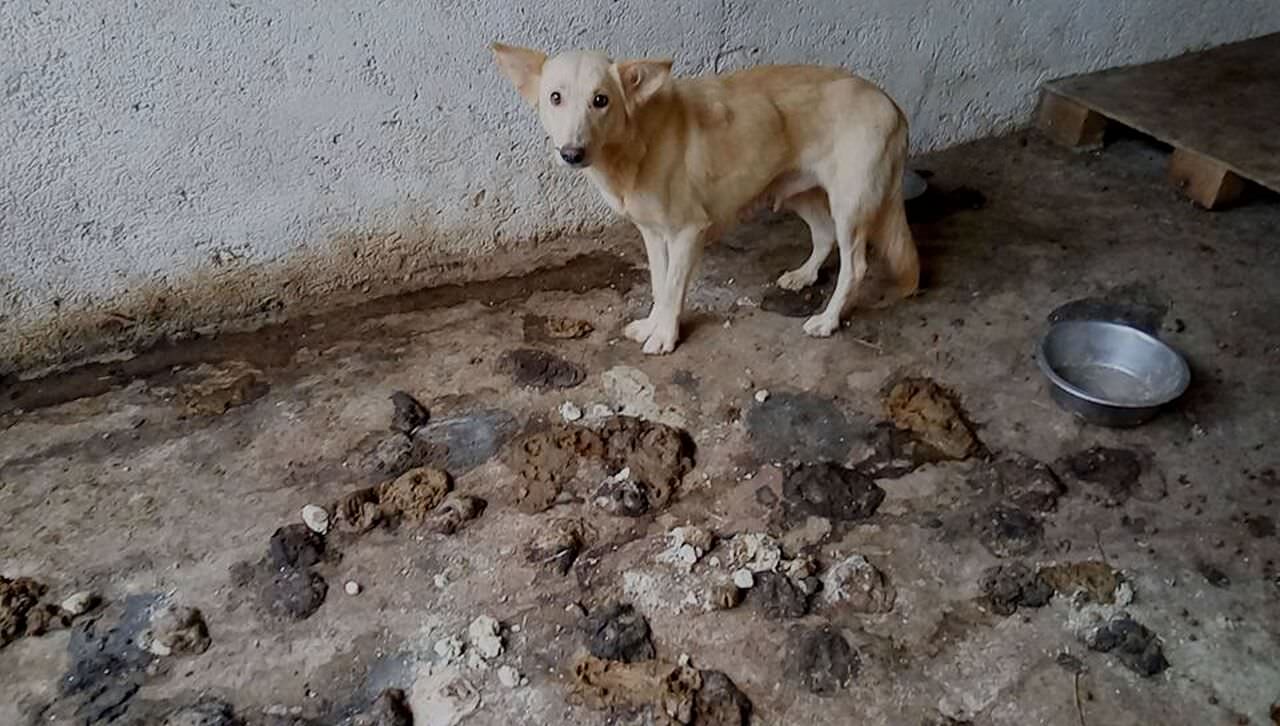 Speaking of the story they decided needed to be told, Peter says, “To witness innocent dogs subjected to such indifferent cruelty and a total lack of kindness was horrifying. To see a species, which has helped mankind evolve over thousands of years, treated in such an inhumane and careless way left me feeling sad and bewildered.”

Maria continued, "Peter had met with Reineke Hameleers, Director of Eurogroup for Animals, at an event and so the conversation then came about that we would make a film to screen and it would be a documentary, and that's what happened and what was aired in Brussels." 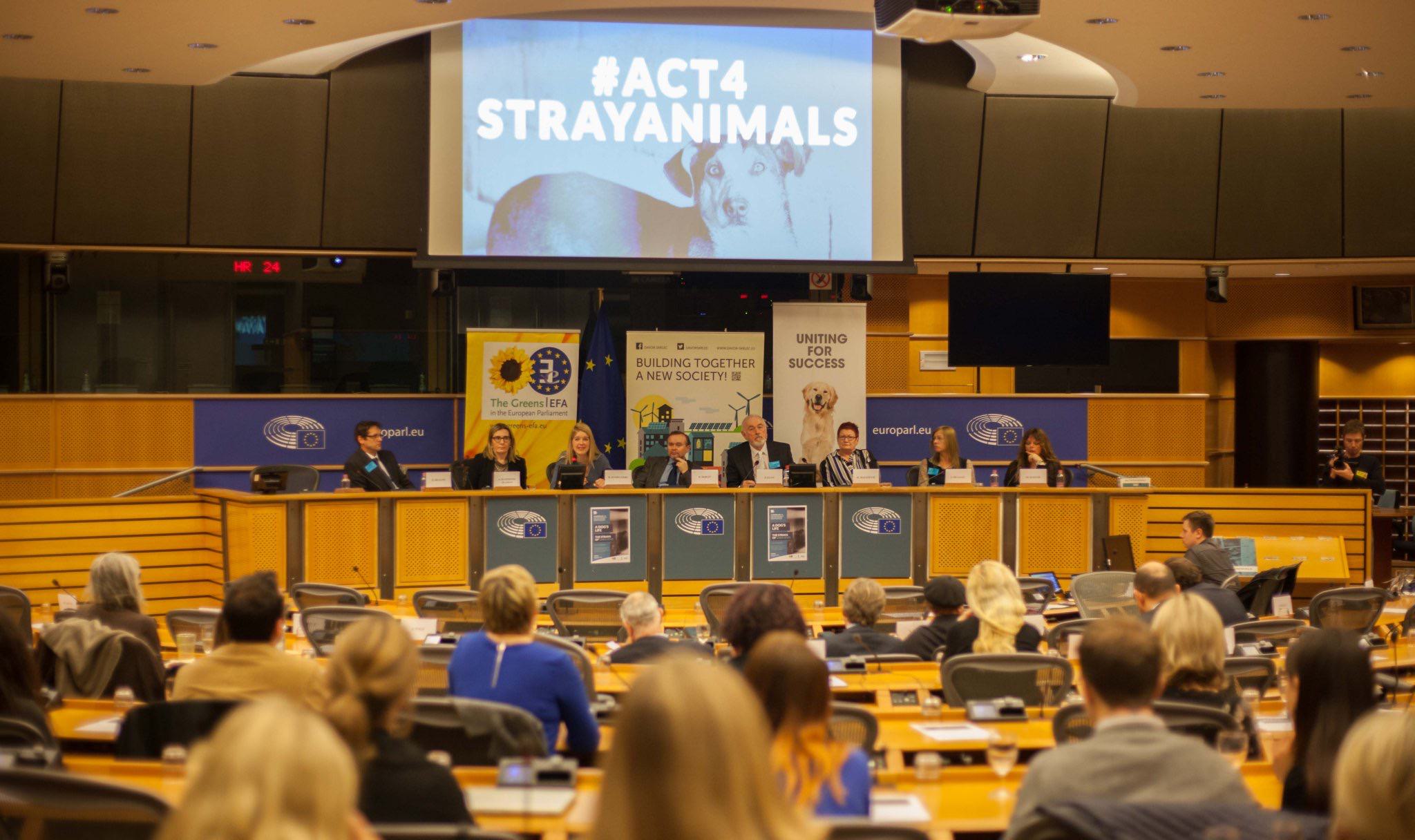 Bringing politicians together with one common goal - a better future

Working alongside Eurogroup for Animals and with the support of MEP Davor Skrlec, who helped to arrange the film's screening, the film aired at the end of January to a room of European Parliamentarians.

Through the story unfolding on screen, the audience was reminded of the harsh reality facing stray dog populations across Europe. 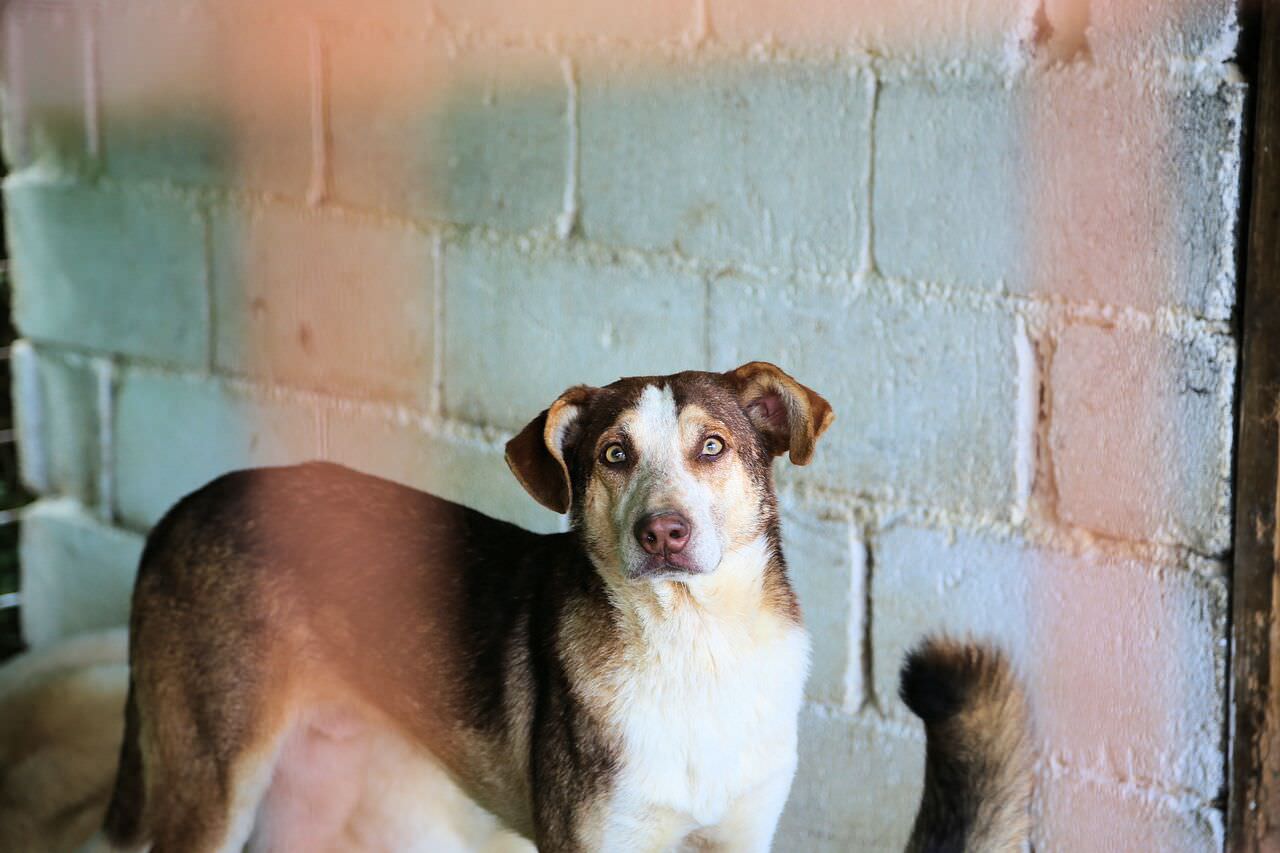 Stray dogs and feral cats face serious animal welfare issues, lacking basic veterinary care, food and protection, and of course public health and safety concerns due to the risk of transmission of diseases to humans (such as rabies) and injury caused by the animals’ potentially aggressive behaviour.

What seemed to strike a chord with the audience was the need to raise awareness with the public and increase the low levels of social empathy towards the animals in need.

The film allowed its viewers to reflect on the need to involve communities and local stakeholders to work towards the humane treatment of stray animals.

MEP Davor Skrlec, said, “Promoting the development of guidelines on humane management of stray animal populations and advocating for their application in the EU and beyond should be a priority for the European Parliament.”

British MEP and the Green Party of England and Wales’ Animals Spokesperson, Keith Taylor, said, ‘‘The plight of stray animals across Europe is one that rightly evokes strong emotions. We need pan-European progress on this issue and a standard approach that respects not just public health, but the health and well-being of the all too often forgotten animals condemned to a life of misery on European streets.’’

With this in mind, this premiere served as an opportunity to call on MEPs to sign a pledge on the humane management of stray animals.

Reineke Hameleers, Director of Eurogroup for Animals added, “Promoting responsible dog ownership is key to significantly reduce the numbers of stray dogs and the incidence of diseases transmitted from animals to humans.”

This film is the first in what will be a series of documentaries focusing on the issues raised.

By working together with EU officials and raising public awareness, it is hoped long-term solutions can be found.

Mandatory identification and registration at the EU level are necessary to ensure proper legislative enforcement and to allow the tracking of the number of the stray dog populations. 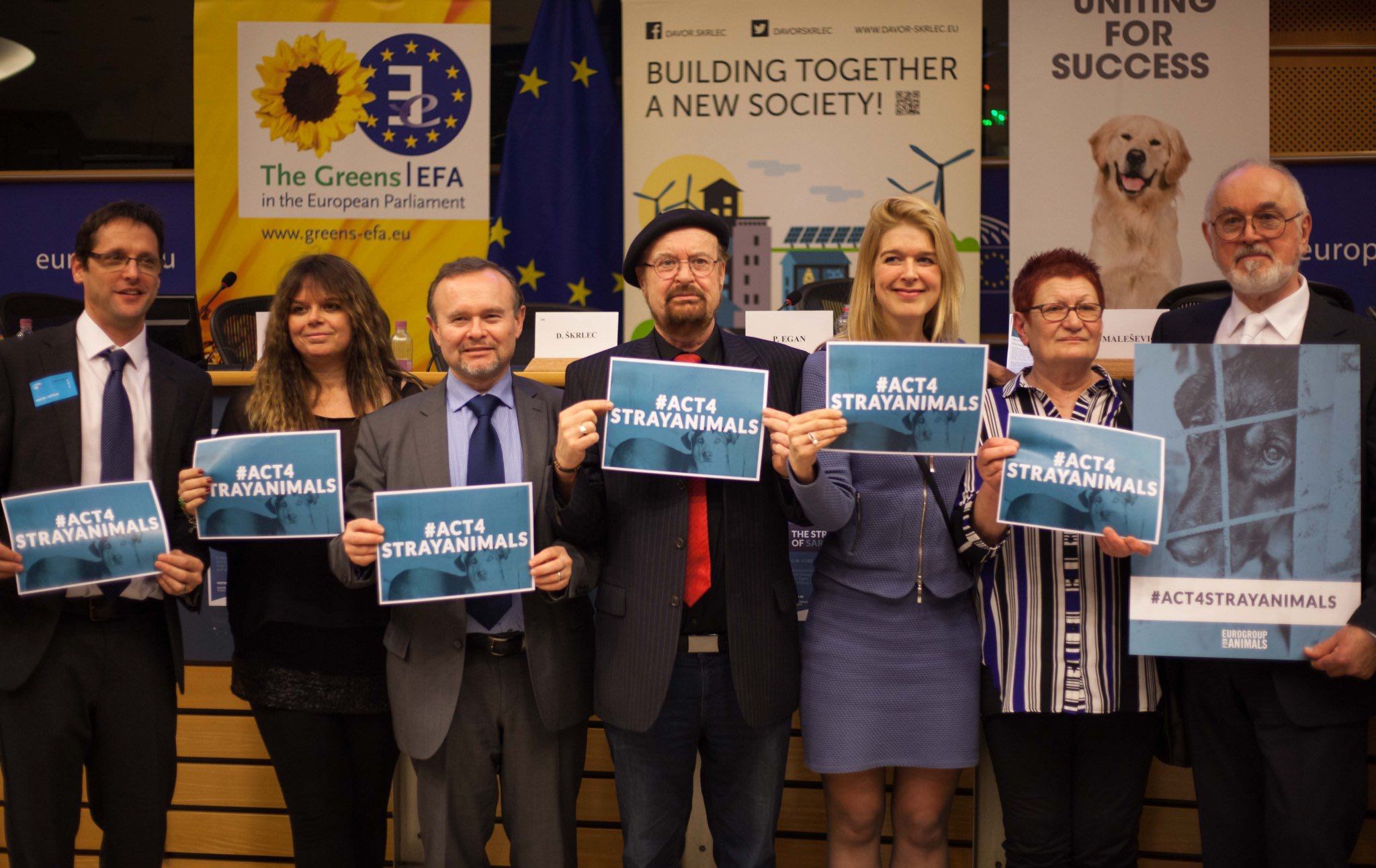 During the discussion after the film's screening, panellists looked at the ways forward.

They heard from local caretakers about the most effective stray population management strategies and why the EU should show leadership in streamlining results through Europe-wide guidelines.

Mandatory identification and registration at the #EU level are necessary to ensure proper legislative enforcement and to allow the tracking on the number of the stray dog populations. @StraysSarajevo #Act4StrayAnimals pic.twitter.com/iRelqHI7QQ

Although more work needs to be done, things are moving in the right direction, according to Eurogroup for Animals.

Recently Bosnia and Herzegovina together with other Balkan countries have started cooperating with the World Organisation for Animal Health (OIE). The aim is to develop national roadmaps, monitor their situation on a regular basis, and reduce the stray dog population with humane methods by 2025.