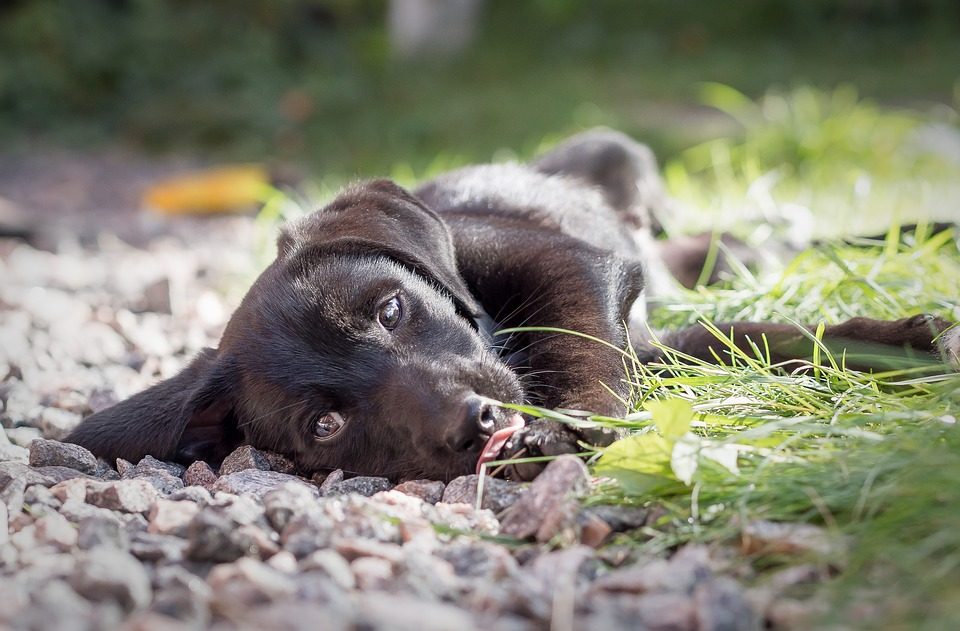 Dog thefts increasingly feature in the national media, usually with a focus on social media campaigns to reunite families with individual animals.

In recent weeks, Morse the Border Terrier, Olive the Cavapoo and Dougal the Cocker Spaniel have all become “too hot to handle” leading to happy reunions. This is largely down to the amazing work of ‘lost and stolen’ pet groups, who collectively campaign, and proactively share posters with online social networks, writes Dr Daniel Allen.

Yet with more than 60 dogs stolen in England and Wales every week, and the number of stolen pets increasing by nearly 24% in the three years leading to September 2017, it is impossible for every stolen dog to get maximum media exposure.

The numbers are overwhelming and so many families are experiencing heartbreak. The kindness of strangers is certainly helping, it is quite clear the current theft laws are not.

The Theft Act 1968 is letting down pets and families. Pet theft is seen as no different to the theft of an inanimate object - despite pets being sentient beings.

If someone is caught stealing a Labrador, for example, they are likely to get the same sentence as if caught stealing a laptop. The theft of pets is then generally categorised as robbery or burglary by police forces, and lead to minimal sentences.

"She is of no value to anyone in the world but me."

Dog lovers will feel her pain. Michel breaks down as she describes the moment she discovered one of her dogs was stolen in a house robbery.

With minimal deterrents, there are various dog theft networks working at local and national levels, specifically stealing pets for profit. Dogs are stolen to order, to sell, to breed, for ransoms and even for use as bait in illegal dog fighting. The current laws are not protecting families and not acting as a deterrent to stop pet theft.

The Stolen and Missing Pets Alliance (SAMPA), which is made up of DogLost, Vets Get Scanning, Pet Theft Awareness and The Dog Union, have been campaigning for change since September 2015. Their views reflect public concerns, and I very much support their pet theft campaign:

“Pet theft is a crime that affects many and scares all pet owners, we need tougher deterrents in place to stop these heartless thieves and compulsory scanning and checking microchips to help reunite pet and owner.” Debbie Matthews, Vets Get Scanning

“In this day and age it is unbelievable to think that a dog is still considered as chattel and if the criminal is convicted that the punishment does not fit the crime. The Theft Act 1968 is out of date and does not reflect the needs of today’s society.” Arnot Wilson, The Dog Union

“Pets are family members and not objects. We urgently need legislation which recognises that having a pet stolen is a devastating crime.” Richard Jordon, Pet Theft Awareness

“We at DogLost agree tougher sentences should be handed out to dog thieves. The heartbreak their actions bring on families across the country is immeasurable. Something has to be done to stop this heinous crime and the heartbreak caused to 1,000’s of families every year.” Jayne Hayes, Dog Lost

In 2017, the risks and sadness of pet theft was always on my mind. I tried to share as many missing and stolen dog posts as possible from my Twitter account @Dr_Dan_1; but started to feel helpless at the scale of the problem and increasingly upset for the families involved.

The thought of someone taking Rupert the chocolate Labrador from Louise and I, was also unbearable. I reached out to SAMPA, offered to help shine a light on their tireless campaigning, and suggested collaborating on a new pet theft petition to make the government take this emotional crime seriously.

Public support has been amazing! The petition reached 10,000 signatures in the first 36 hours, and thanks to the kindness of strangers, support for the petition continues to grow. The aim now is to reach the 100,000 signatures required to trigger a debate in Parliament.

If you agree that pets are family, not property, and you think it is time that pet theft is treated as a serious crime, please support our pet theft campaign, please sign the petition and please share with your friends. Your support is and will be very much appreciated. Together, as a collective voice, we can make a difference.

Dr Daniel Allen is an Animal Geographer at Keele University and a member of the All-Party Parliamentary Group for Animal Welfare (APGAW).

In our line of work, over the last 18 years or so, we’ve discovered that it’s always best to have some treat based bribery...

Ricky Gervais on Why Animal Testing Is Failing

Every so often you meet a dog whose presence stays with you. It could be your own dog and the memory could be one...

What Is a Puppy Farmer? It Might Not be Who You Think

When I worked on my first book about adopting a dog who had been saved from a life of breeding, the term ‘puppy farming’...