Skip to content
There's more to Brandi Williams than you'd imagine. The American television host and poker champ has a long-standing association with animal welfare causes. In fact, she rescue animals, campaigns via her television appearances for animal welfare and even gives talks on behalf of various animal welfare groups. You may recognise Brandi from her various appearances on the small screen, including hosting her own show on The Outdoor Channel and her various reporting roles on E! and Fox. Brandi took time out from her hectic schedule to speak to K9 Magazine about her current brood of dogs.

Bella, the little starlet, she's such a quick learner and loves learning new tricks. I've just taught her how to dance – she stands on her hind legs, gives you her paw and will turnaround. All of my dogs sit and know the basics. 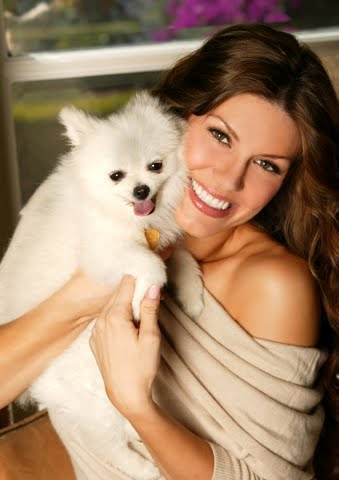