I have put my life in a dog’s paws.

More than once, I have entrusted life and limb to one of our four-legged chums. I have been to Afghanistan twice, the first time as a newspaper journalist and the second time as a frontline soldier, writes Stephen Paul Stewart.

On both occasions, I was saved from death or serious injury by these wonderful working dogs. I was given a fleeting taste of the war in Afghanistan when I was embedded alongside British troops as they battled the Taliban.

My journalistic mission to the front line would change my life forever. I gave up my career reporting for one of the UK's biggest newspapers to join the British Army before deploying to Afghanistan as a combat infantryman. 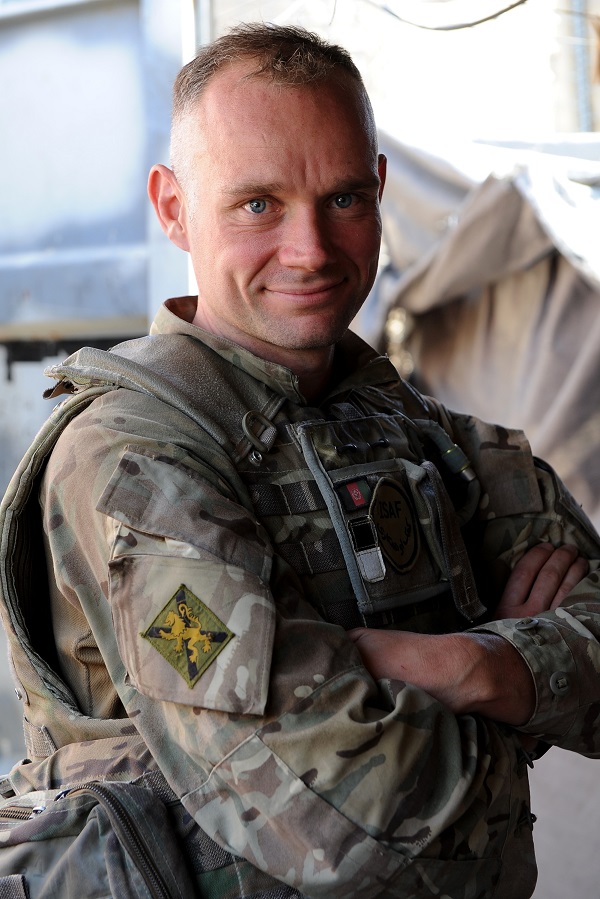 I went from civilian to soldier, pictured above, to get a unique perspective on one of the world’s bloodiest conflicts. Now, with the benefit of hindsight, the whole process seems surreal.

One memory endures: dogs, not drones, laser guided weapons or stealth technology, were responsible for saving hundreds, if not thousands, of lives and dealing a major blow to the insurgents.

When I went to Afghanistan as a reporter in 2009, I was amazed by how many dogs of all shapes and sizes there were. Military working dogs and their human handlers were everywhere. 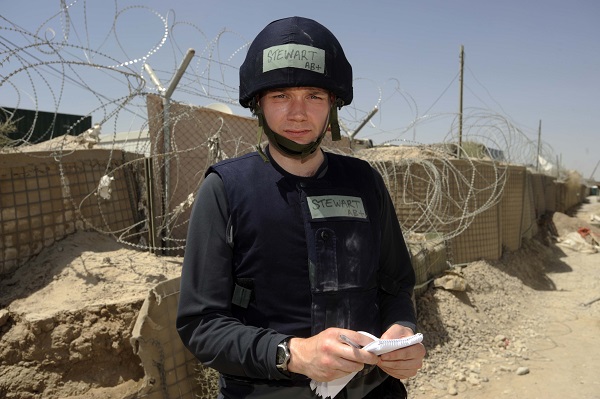 They were trooping onto helicopters and armoured vehicles at all hours of the day and night, going out into the badlands to sniff out bombs, weapons and drugs, which were the Taliban’s main source of cash. 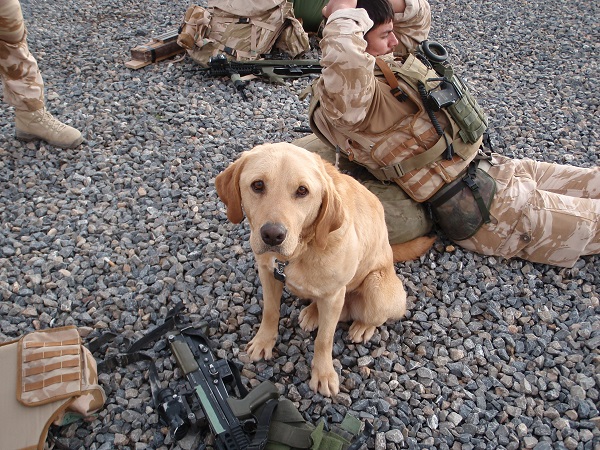 My experiences gave me the idea for my book 'A Soldier’s Best Friend' which highlights the largely overlooked role of our canine heroes. During my time embedded with 3 SCOTS, the Black Watch, in Kandahar, Afghanistan, I was lucky enough to get the chance to go out on a big operation to smash the Taliban in their own backyard.

I also got the chance to come face to face with a silent hero...called Benji. This black Labrador and his handler Private Edward Buckland would be at the forefront of Operation Tyruna - a surgical strike on a Taliban bomb making factory. 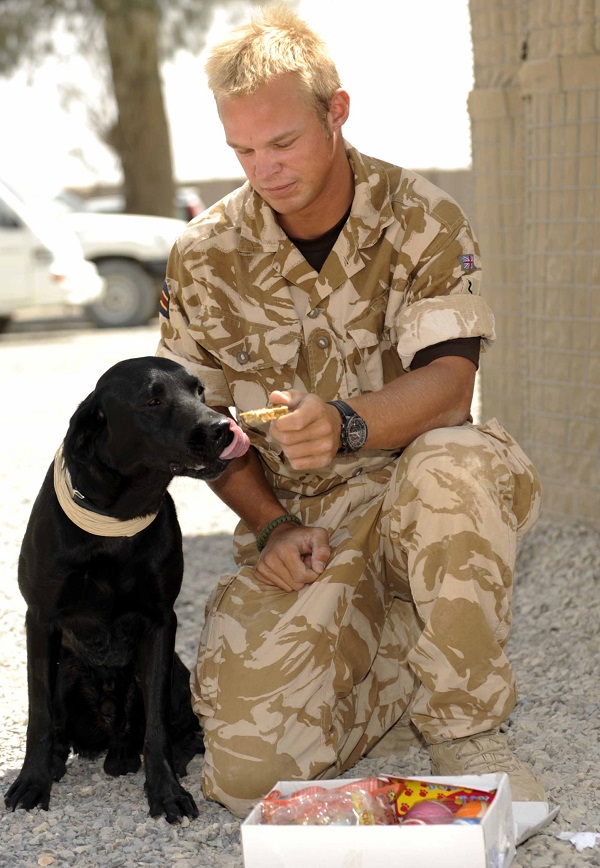 Handler, Private Edward Buckland and his dog Benji. The brave pair were a central part of a night raid called Op Tyruna

After a nervy couple of days of preparation, we boarded a twin rotor Chinook helicopter to fly us out to the target. A total of nine Chinooks, three Black Hawks, two Sea Kings and four Apache attack helicopters tear out of the darkness and sweep across the vast, almost oceanic expanses of open desert.

Some 300 3 SCOTS soldiers, a US Army engineering detachment and scores of crack Afghan troops are taking part. Our destination: a heavily guarded insurgent fortress in the small hamlet of Malmand Chinah in the infamous Sangin Valley.

Photographer Lesley and I hit the ground, stomachs churning, as bullets pop and whizz overhead. After a series of raids on compounds and a number of blasts that nearly knock me off my feet, we head out to be picked up at the designated chopper landing site.

Walking with Benji and Private Buckland, I am struck by the incongruous beauty of the landscape. It feels like walking on the surface of the moon despite the choppers whooshing over us. Eventually, the moonlight fades and the sun gradually appears from behind the awe-inspiring mountains of the Sangin Valley.

Attack helicopters in the air behind us launch a series of chaff and flares, designed to deflect any heat-seeking missiles, and as the brightly coloured fireworks die down I realise that we are threading our way past an old cemetery. 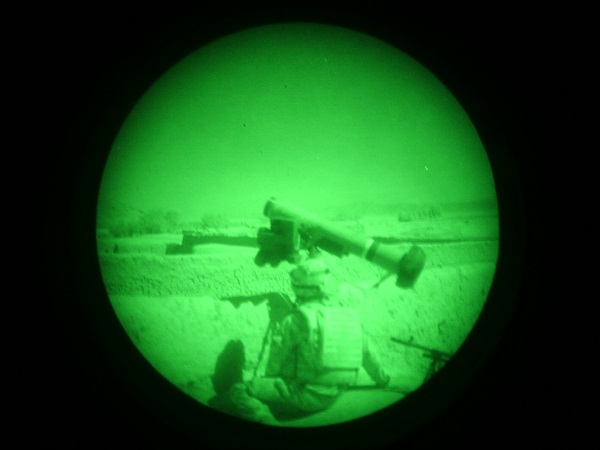 In Afghanistan,the dead are buried above ground with rocks piled over them to deter scavengers. The rags used as markers above the stone cairns flutter in the wind that sweeps down from the mountains.

Normally, this sight would have seemed gruesome but, with dawn drawing closer, it seemed oddly tranquil. There are no such distractions for Benji, however, whose job is far from over.

As we walk, I spot several small stones stacked into a pyramid, a tell-tale marker used by locals to indicate either IEDs or Soviet-era landmines. Benji and his two legged comrades walk in single file in the footsteps of the person in front. 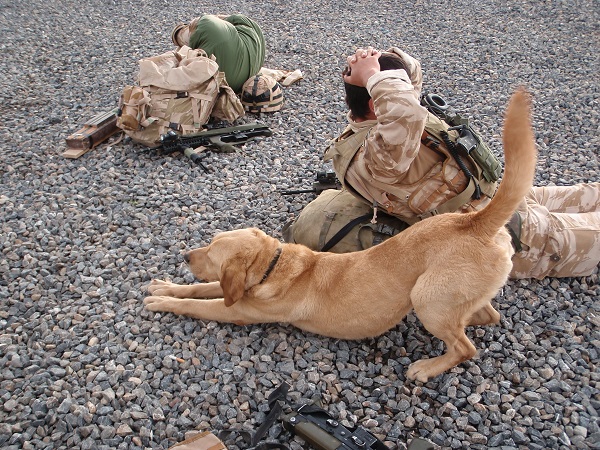 We have no time to worry about the possible dangers as we must be at the landing site just after 06.00 hours for our extraction. With moments to spare, we arrive at the LZ, or landing zone, kneel down and await the churned up rocks and sand which will herald the Chinooks’ arrival.

Feeling horrifically exposed we slump on the flat ground at the foot of several mountains. Time seems to telescope and a minute feels like an hour. Benji, of course, maintains his professional composure, sitting tired but relaxed at the feet of Private Buckland.

After what seems like a lifetime, the roar of a helicopter is heard in the west. Sure enough, our airborne taxis, a fleet of Chinooks, roar in, slamming down a few hundred feet in front of us.

Grabbing cameras and rucksacks we run for the rear doors, diving into the chopper, which speeds off in an undulating, defensive manoeuvre to foil any watching Taliban snipers.

It has been a rewarding night’s work. Benji and his team located 250 kilogrammes of wet opium, worth more than $1.5m, as well as a cache of deadly weapons that would have been used to target British soldiers, and seven Taliban fighters were killed.

One by one, the soldiers on the flight slump on their weapons, drifting into a deep and well deserved sleep. It is hard to quantify just how valuable arms and explosives search dogs like Benji are. 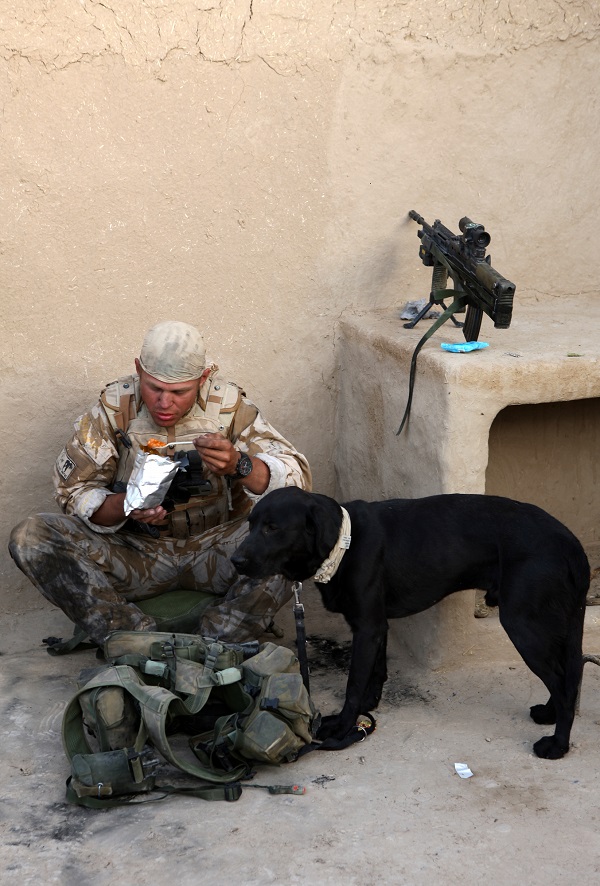 Pte Edward Buckland and his dog Benji take a well earned rest during a mission with 3 SCOTS, The Black Watch, in Afghanistan in 2009

How do you work out how many arms, legs and lives that Benji and his four-legged comrades have saved. This surgical strike on the Taliban’s backyard emphasises the importance of our dog teams.

I eventually slumped on my Army bunk bed in the relative safety of Kandahar Air Field feeling like I had won the lottery. Thanks to Benji, I had made it back to base in one piece. 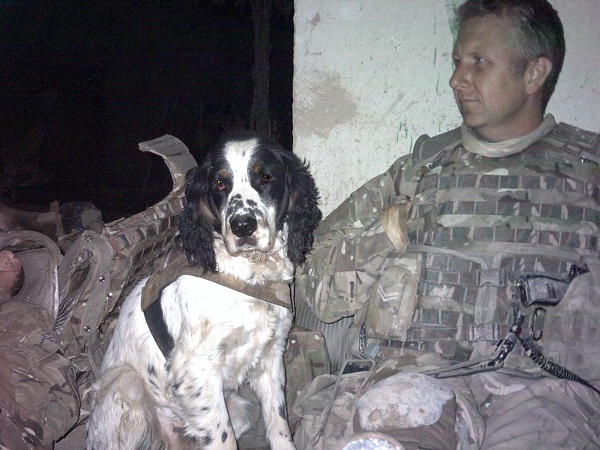 In 2013, I was in Afghanistan again - this time as a soldier. I served six-and-a-half months at the remotest British base in Helmand during one of the key moments of the whole campaign. 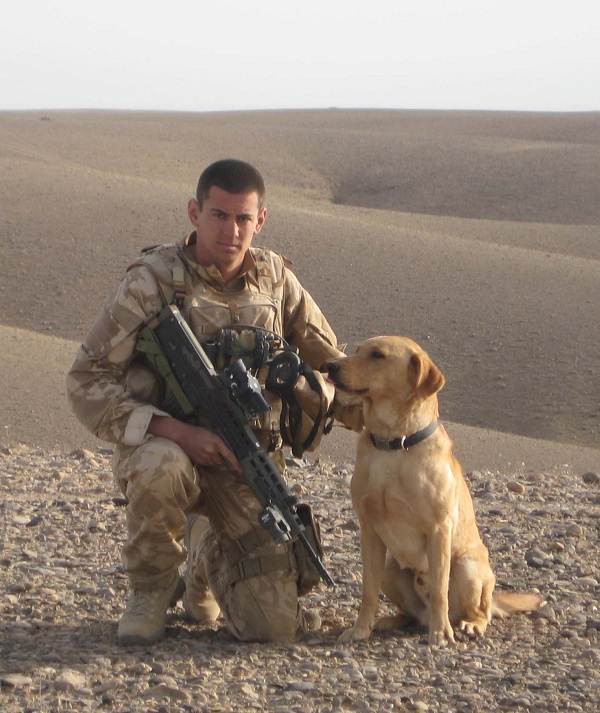 Ken Rowe and Sasha were killed in action in Afghanistan - a day after they were due to return home. Ken had volunteered to stay on the frontline to help his comrades

Yet again, dogs were everywhere. On the flight over, I shared a plane with my fellow soldiers - and scores of dogs on their way out to the badlands. Indeed, in the final days of our tour when our tiny camp was being bulldozed,a female handler and a hardy dog were sent down to make sure any bad guys kept their distance.

So, it is really plain to see - our biggest war heroes can have four legs too.

K9 Magazine says: It's very easy to take for granted all that our dogs do and the many ways which they enhanced our lives. When you're living in the here and now in the comfort of your own home, our dogs can give us that feeling of contentment and security simply by sitting on the sofa next to us while we relax watching TV.

Books like this really are a reminder of exactly how many lives they enhance (and save) across the world in their different roles and this is why we think it's well worth a read. It's the perfect way to remind ourselves of the important role dogs play in our daily lives, with whatever job we or they have, they are always there for us.

Stephen Paul Stewart is an award-winning journalist at the Daily Record newspaper and author of ‘A Soldier’s Best Friend’. 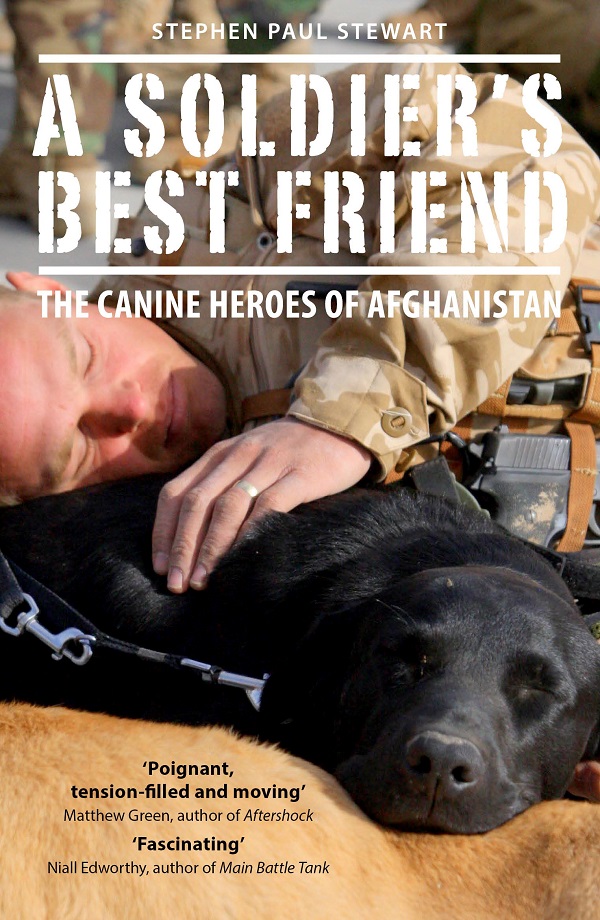 He is a former senior reporter with the BBC and The Herald and has dodged rocket fire and booby trap bombs in the Afghan badlands, nearly drowned off the Outer Hebrides, narrowly avoided being shot by a secret service sniper in New York and been thoroughly interrogated by famed spoon-bender, Uri Geller.

He lives in Scotland.