Julia Faye West is an American actress who has starred in many well known TV shows and movies. Having been involved in show business from a young age, Julia admits her love of pets helps her find serenity and simplicity in life.

With her latest comedy movie 'A Week In London', which she stars as the lead character alongside Denise Richards, out later this year, K9 Magazine's Kim O'Meara caught up with the blonde beauty to meet her dog, Aston and find out more about her passion for animal welfare.

My dog is called Lord Aston, but he's also known as Happy Bear, Weenis, Chewy and Paddington (laughs). He lives up to all of his pet names and continues to acquire more.

His personality is to die for, his adorable teddy bear body and his animated face brings instant joy to everyone he encounters.

He’s a Brussels Griffon and he will be 3 years old this August. I think he's the perfect poster child for the breed who are known to have a huge heart, and a strong desire to snuggle and be with their master and they display a visible air of self-importance. Griffons tend to bond with one human more than others which makes him a mama’s boy all the way. 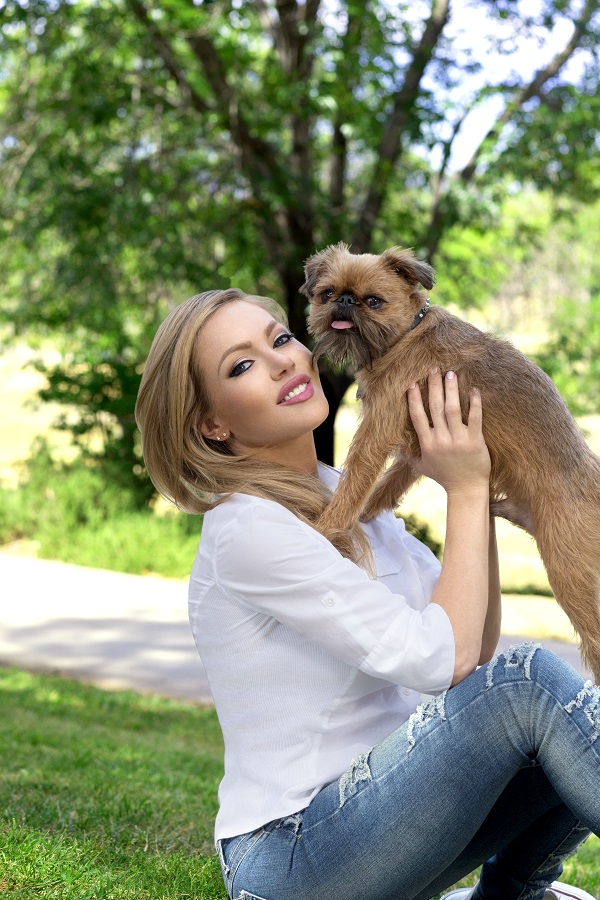 We’re die hard animal rescue advocates, so we take advantage of any opportunity to round up the pups and spoil them rotten! He’s loving his 'celbridog' status and prances like a Prince. Because of this, we also call him the 'Smooth Brusselator'.

You've just mentioned the fact you're die hard animal rescue advocates so you must have a real affinity towards animals. What do you think is the biggest animal welfare problem we have going on at the moment?

World wide, there are so many of them. There is the horrific problem of dogs being eaten as food in Asia, exemplified by the Chinese Yulin dog eating festival. There is the problem of the bushmeat trade in Africa, in which chimpanzees and other primates are hunted and killed to be eaten.

The problems go on and on.

In the United States, one of the most important animal welfare problems we have is pet over population. This has led to an animal holocaust in this country in which millions of homeless dogs and cats are killed annually because there is insufficient capacity in shelters. The solution is simple: we must spay or neuter all dogs and cats, discourage breeding, and encourage rescuing versus buying pets.

Of course, we have other huge animal welfare problems in the United States, including the inhumane treatment of animals we eat, the destruction of wild animal habitats, sport hunting, and intentional cruelty to animals.

Did you grow up around animals?

Yes, all my life. I grew up on farms in Wisconsin and have raised and rescued countless dogs, cats and birds. Sometimes being around animals helps me find the simplicity and serenity which most soothes my soul. 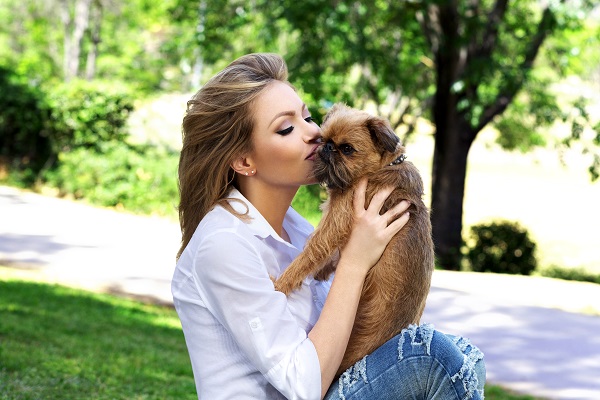 Does Lord Aston get to travel with you when you're filming on location?

Absolutely, he loves it (laughs). His home is wherever I am and he’s the ideal road dog. Aston helps me take better care of myself, by reflecting a mammal’s basic needs.

Where's the most pet friendly place you've ever visited (and why)?

I’d say Beverly Hills in California. It seems everyone has a dog here, and the local businesses are very accepting of pets coming in with their guardians.

Rodeo Drive designer stores are full of customers shopping alongside their pets. Many restaurants allow pets on their patios and waiters are always happy to bring a bowl of water for your dog on a hot day. Also, recently California passed a 'Dining with Dogs' law that allows restaurants to serve customers with dogs indoors as well as out.

You've been involved in entertainment in one way or another from a young age. I read you co-authored a series of children's and motivational books when you were 11 alongside your mum, who was a motivational speaker.

It sounds like your career into the entertainment industry was something you aspired to from a young age, but one that went hand in hand with knowing your value and true worth. Looking back, do you think this stood you in good stead in an industry which is known to be tough?

100%, yes. My father is a medical doctor with a 60 acre farm near Green Bay in Wisconsin. My mother is a national motivational speaker. I was very close to both of them while growing up. My mom and I wrote books about self-esteem and parenting, as well as children’s books.

I truly believe that we are a collective of every experience we have had in our lives. Growing up with well rounded roots keeps me grounded.

Nonetheless, I’ve endured my fair share of adversity, as anyone in the urban jungle does. When your inner strength is solid, your perspective can always return to the positive. This is when adversity only builds and adds to your character.

On that note, let's have some fun. Julia are you ready to to anthropomorphise with our next set of questions?

Do you have a motto that you live your life by? What would you say your dog's motto might be?

My motto is 'Never, never, never give up' and I think Aston's would be ''Love thy neighbour like I love my filet mignon.' 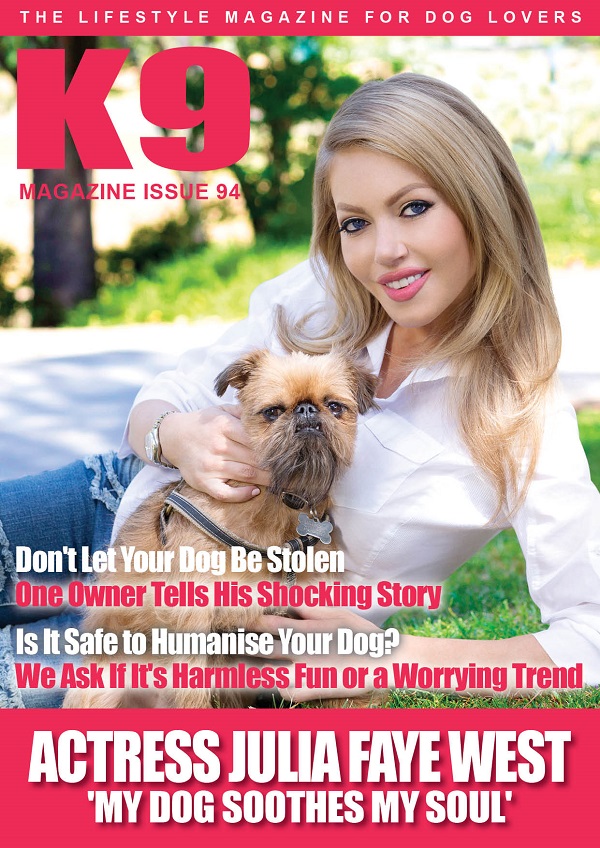 You seem very in tune with your dog and so if you had to swap roles with him for a day, what would you love most about being him? And in reverse, how do you think he would cope being you for a day?

I would love how many naps, treats and life’s little luxuries I’d be entitled to (laughs).

If he were me, he would have a lot responsibilities. To manage is to forecast and plan, to organise, co-ordinate and to control. I think he would love the upside of sharing his upbeat personality with the public but. I think he would run from the pressure and seek the nearest sunlit patch of grass to bask upon.

Thinking about Aston's breed, they do say dogs mirror their owners. Would you say that mirrors Aston's personality (and vice versa)?

Well, Aston is a Brussels Griffon and they are described as 'happy, spunky, spirited, and comical', so yes, I think my personality mirrors my dog’s. The comical part is particularly accurate, as I consider my strongest talent in acting to be my comic timing.

If the following celebrities and dog lovers were breeds of dogs, based on their personalities alone, what type of breed do you think they'd be and why...

Denise Richards – I think she would be a Poodle because they are beautiful, girly and extremely intelligent.

Donald Trump – I think he'd be a junkyard dog. He has a loud bark, thinks he’s protective, but often makes noise for no reason.

Amanda Seyfried – I think she would be a Labrador Retriever. This breed is known for it’s kind personality, and although I don’t know Amanda personally, from everything I’ve seen in the media, she seems like a very kind, sweet person.

Mike Tyson – He would be a Pitbull. Looks scary, but is really a sweetheart inside.

What three items do you never leave home without.

My iPhone, lip gloss, and my dog. 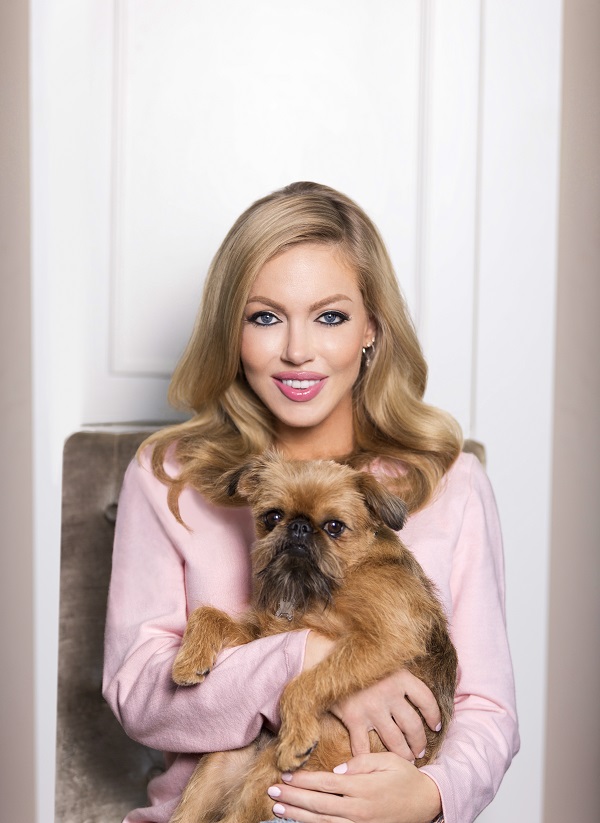 Big dogs or little dogs –  Big dogs, because I grew up with them, and it’s rare to find a little one with a big dog personality (like my Weenis).

Pedigree dogs or cross-breeds – I’m all for animal rescue, and they do say the muts are the strongest, although I truly love many a pedigree.

Days off or days at work – Days off? What are those? (laughs).

Describe the last time you laughed out loud because of something you saw your dog or another dog do.

This morning my dog had his way with Yoplait, his black beard was full of white yogurt. He can never get away with anything, his beard always gives him away (laughs).

We host National Dog Adoption Month here in the UK and have over 100,000 dogs in rescue centres across the UK, with thousands more given up last year. If you could encourage people to consider bringing a dog into their home, what would you say the best thing is about owning a dog?

The level of love and responsibility you inherently acquire when adopting a dog is wonderfully life altering.

And finally, this is always a tough question and often requires a fair degree of thinking time but….if your dog had the ability to speak and answer one question and one question only, what would you ask him and what do you think that he would say?

I would ask him 'What is the key to true fulfillment?' and I think he would say 'Of course, it’s so simple, quit questioning everything - just exist in the moment with complete acceptance.'

Find out more about Julia’s latest movie ‘A Week in London’ online at www.aweekinlondonfilm.com or on Facebook.com/AWeekInLondon
Issue 94