Nowadays we're more likely to associate re-boots with modern remakes of classic films. It's been suggested often that when Hollywood producers run out of good ideas for new films, they lean on the success of the past and simply remake an already proven hit.

It's controversial, but you do see the logic.

When it comes to dogs, breed re-boots have not only been largely ignored, they are actively discouraged by the Kennel Club's closed registry system, which is patently a harmful and short-sighted concept that seeks to limit diversity within individual dog breeds. 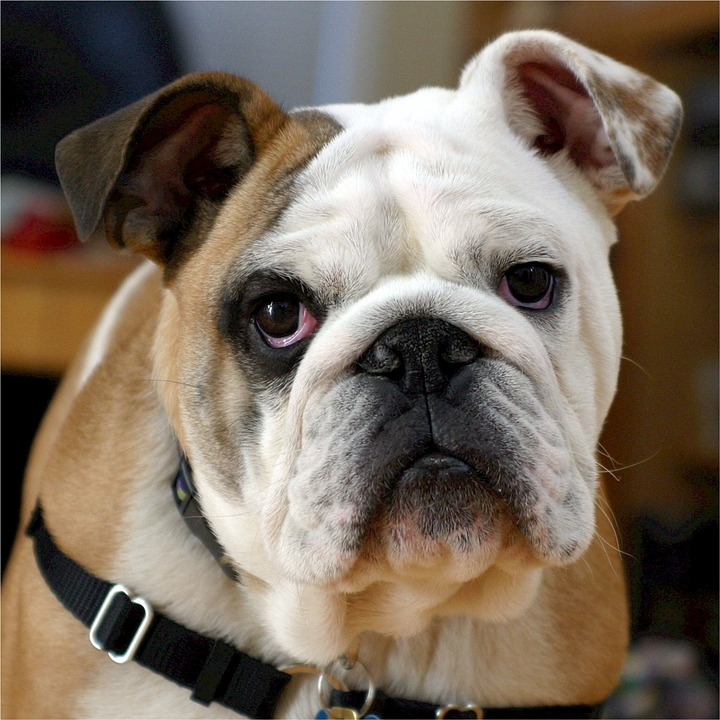 I love dogs and it's because of this that I want dogs and dog breeds to exist for as long as possible. But they must be healthy - and right now there are a lot of breeds which aren't, writes Ryan O'Meara.

Ultimately it's the dogs who suffer and will continue to suffer if we do nothing. Surely as dog lovers we can't allow this to happen?

Let's take the Cavalier King Charles Spaniel as an example.

This is a little dog with big problems. It suffers from so many horrendous health problems that have been allowed to spread pervasively across the breed that the odds of pairing any two Cavaliers together and producing puppies that are not destined to suffer from genetic illnesses are almost zero.

Think about that for a second.

Picture this ever so popular little dog breed steeped in history. Then digest the fact that it's basically broken. It's broken as a result of issues that humans have caused. Its skull is too small. Heart problems are too common. This poor dog has been doomed as a direct consequence of too many humans who either don't care or simply don't know. 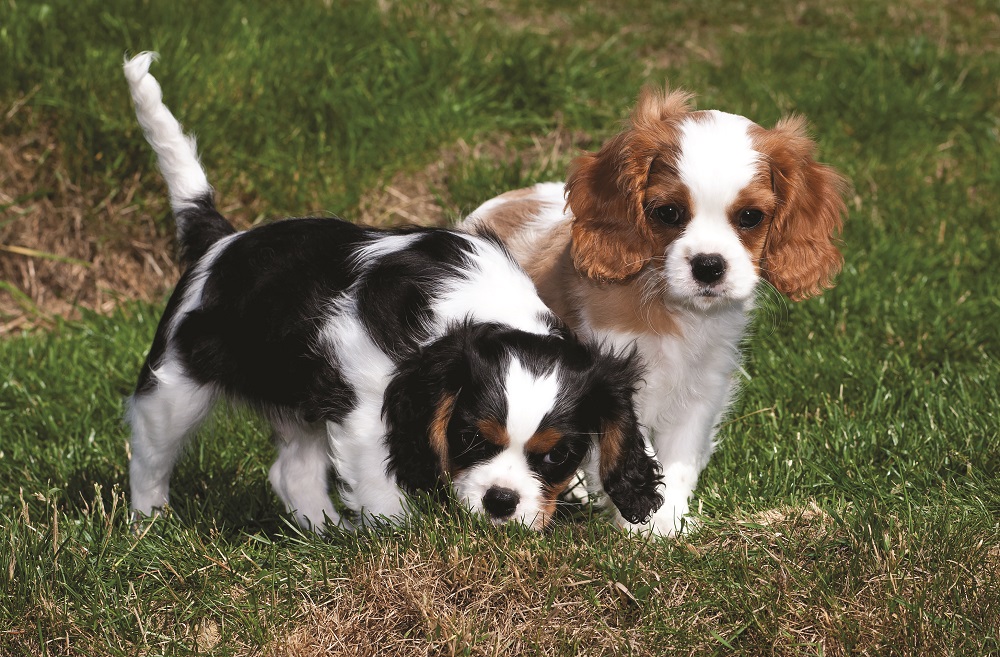 Whichever camp breeders fall into, ignorance is not an excuse given how widespread the issues now are.

It's not on because we can fix these problems just the same as we inflicted them. Humans created dog breeds. They didn't come about through natural selection, they came about through our selection.

According to long-time Cavalier owner Nicki Hughes, all kinds of breeders are guilty of not health testing properly, she says, 'The Kennel Club and breed clubs would like people to think it’s just backyard breeders and puppy farmers. I lost my beloved Teddy at six. He had heart mitral valve disease (MVD) and Syringomyelia (SM). His breeder? An international judge.'

When we find ourselves looking at a breed, or more than one, that has been so badly mismanaged that thousands and thousands are genuinely suffering every, single day our obligation, our duty, our moral and ethical requirement is to fix the problems we caused.

We recently received a story from a family who had bought two Afghan puppies from a litter of six. Three puppies from this litter have been confirmed to have hip dysplasia and two have lost their lives already. One at only 9 months old. The saga that unfolded is heartbreaking and one where you'll find yourself reading and thinking that the family have had to suffer not only seeing their dogs in pain, but have been under attack for sharing their story.

How do we fix breed health problems?

Firstly, to fix a problem within a breed we need to follow the advice of many a successful investor. Diversify.

One day somebody may be able to tell me how we allowed the word diversity to have negative connotations with the dog world. You know, diversity? That thing that ensures the survival and robustness of an entire species. A lack of genetic diversity leads to only one destination. Death. With plenty of suffering on the way.

Diversity is a word that is used in conjunction with some other blasphemous names. Crossbreeds. Mongrels. You can call them whatever you like. I prefer the more simple name. Dogs.

If we care about the dog as a species. If we care to address the problems of dog breeds who have been so tragically let down by generation after generation of vain breeders who refuse to acknowledge or accept the damage they have caused then we have a very simple choice to make. We MUST accept the REQUIREMENT for diversity to fix the broken breeds whose suffering we are entirely responsible for. 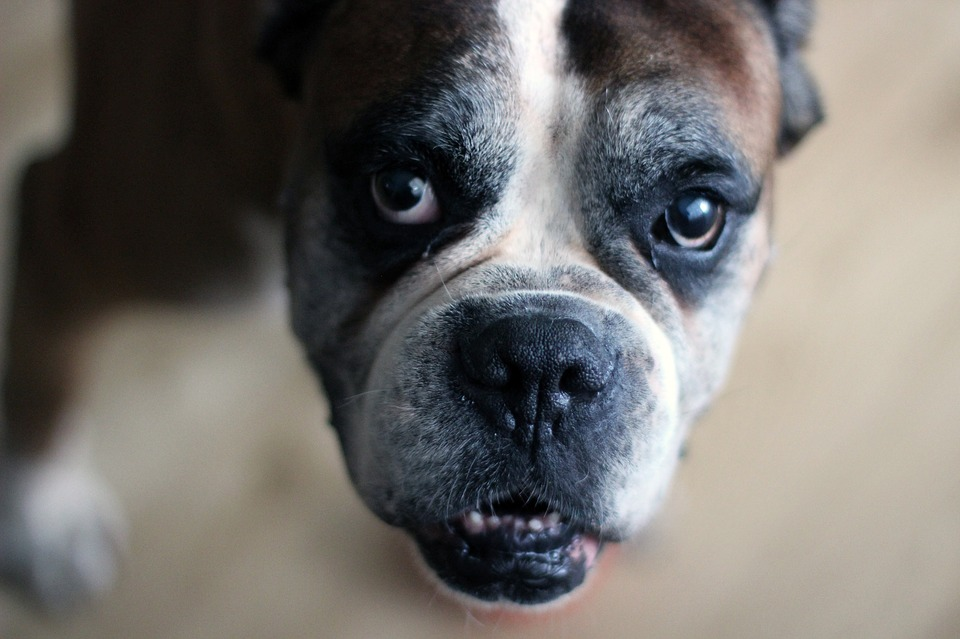 If the Kennel Club, the self appointed governing body of pedigree dogs, the private members club who've made millions of pounds issuing paperwork to breeders who have knowingly or unknowingly condemned many thousands of dogs to a life of pain and suffering, truly wishes to enable the damage they have presided over to begin to be fixed then they need to actually take action.

1. Enable responsible breeders to register the offspring of crossbreeds.

Not as a token gesture. Not tiny, tiny numbers. Actually encourage breeders to work on fixing the problems within breeds like Cavaliers.

2. Do not register ANY litter of puppies from breeders who choose not to health screen.

3. Demand evidence from breeders as to why they think a particular mating is going to improve the breed they are working with.

If you choose to take on the responsibility of bringing new dogs into this world then you should be required to produce evidence as to why and how you are improving the breed. Just because you have buyers lined up - that's not evidence.

Just because you have buyers lined up - that's not evidence.

Just because you would like to have some puppies - that's not evidence.

Evidence is health data. Evidence is temperament analysis. Evidence is showing that the mating you intend to do is well thought out and is grounded in some established analysis that you are not about to increase the population of sick and ill dogs on the planet.

Sometimes the evidence will fail. It would be churlish to deny that it's not possible to mate two dogs who both have good health screening data and excellent temperaments who go on to produce an offspring that is not free of health or temperament problems. But let's be absolutely clear about this, that scenario would become the exception rather than the rule if we started to demand more of ALL breeders.

It's not justifiable to ignore evidence just because of exceptions.

There are probably some people who can teach themselves to drive a car and go on to prove themselves as competent motorists without ever sitting a driving test. Equally, there are those who pass a driving test and go on to have accidents. But does this mean we should simply do away with the systems we have in place and allow a complete free for all?

I'm pretty sure the odds would quickly swing in favour of there being more accidents if we took the approach to driving that we do with dog breeding.

The reality is there are fixable problems within many, many dog breeds. The question is, when are we going to become truly committed enough to take the steps that need to be taken to right the wrongs that have been happening for far, far too long.