Dog lovers with an eye for history might already know something of Britain’s ‘hero’ canines who won medals for bravery at the end of the Second World War. Indeed, their stories have been told many times over. But where did they come from? Were there others like them? In fact there were thousands, says Christy Campbell.

Researching our last book,’Bonzo’s War’, about the experience of civilian companion animals in the conflict, we discovered the archives of the ‘War Dog Training School’, the army establishment set up at Northaw near Potters Bar, Hertfordshire, to produce trained combat canines for patrolling and message-carrying, and later, to hunt for buried land-mines. 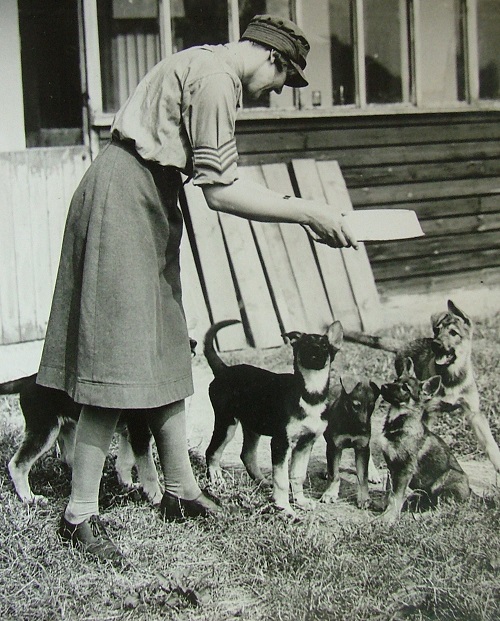 ATS (women’s army) kennel-maids looked after the furry streams of candidate dogs that arrived each day from all over the country. There was similar set up in the Cotswolds training guard dogs for the air force. Amazingly, the dogs had all once been someone’s pet.

It had happened like this. When the nation stood alone against Hitler, a stirring appeal was made to dog-owners to lend their pets to the British Army for the duration of the war. Thousands of families did just that, offering big dogs especially, for which they were struggling to find food. The RSPCA oversaw the recruitment drive.

At the end of it all hundreds of dogs came back to joyful reunions. Many did not, killed in action or put down when their owners did not want them or they were judged to be too ferocious.

It was a tough story to research and tell, a long hard road from the mountains of Tunisia to the frozen polders of Holland. There was heartbreak along the way as well as bravery, joy and compassion. And not every brave dog was recognised as a hero. Take Black Labrador ‘Rex’, who worked hunting ‘undetectable’ mines in wooden cases in the Reichswald Forest with ‘complete disregard for very heavy enemy shelling’, according to a citation by his platoon commander, 21-year old Lieutenant Peter Norbury, written at the war’s end. It was meant to earn him a medal.

But Plucky Rex turned out to have been a ‘stray’. No medal for him. Nor would there be any awards for dogs’ home animals or those bought outright by the government from owners who did not or could not take them home. Instead they were ordered to be destroyed when no longer useful. 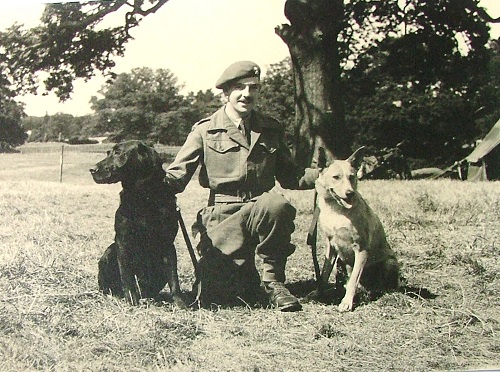 But their stories were not all to vanish with them. The authors feel proud to have been able to find and tell many of them. Like this, about the mine-dogs of No 2 Dog Platoon Royal Engineers commanded by the youthful Lt James Davison, pictured above with two mine dogs, that crossed to France soon after D-Day:

‘Mobilisation completed, left Potters Bar by road’, said the War Diary for 24 August 1944. A rough passage of the channel in a Tank Landing Ship follows, with half the men and 25 per cent of dogs seasick in the crossing to Juno Beach. 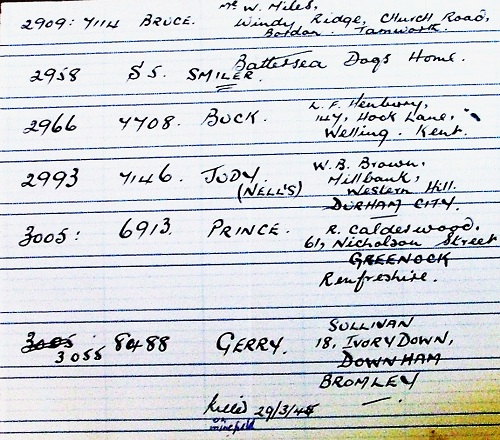 One account from a young infantry officer, Lt Basil Tarrant [father of TV quizmaster Chris], already ashore described his surprise ‘at hearing barking in the distance, out to sea,’ as the landing craft, laden with twenty-nine eager dogs and the twelve men of Davison’s platoon, came through the breakers. But the dogs soon recovered from their sea journey – indeed they seemed to be loving it. As Lt Davison wrote:

'The dogs look forward to riding in lorries and are trained in mounting and dismounting, as well as elementary obedience. Each has his personality and his pet names but officially the dogs are documented by numbers tattooed inside their ears, each handler must know the idiosyncrasies and mannerism of his three dogs, reading these signals as if it were a delicate instrument, not animals. Backward dogs, perhaps becoming sluggish through working too long on mineless fields, may be encouraged by baiting practice mines with meat.' 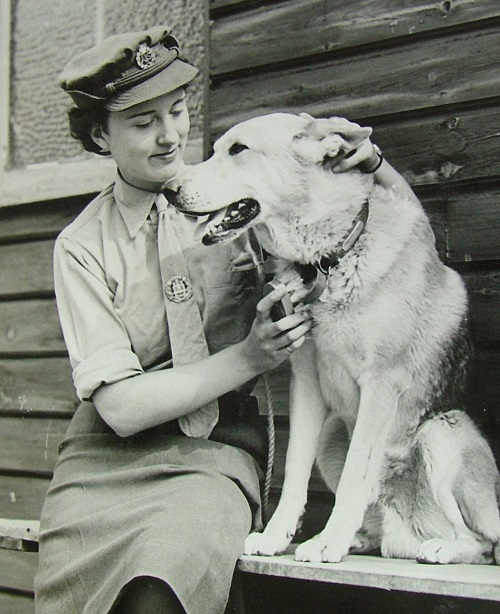 Northaw-trained handler Don May, a member of the platoon, later recalled: ‘I had sausages for breakfast. Then we were in action. My dog “Roy” found a French light anti-tank mine. It had been [on the beach] for ages. This really put my trust in Roy. If they were all metal mines, we left them to the REs and their detectors. If the dogs found non-metallic mines, we put a marker on it and left it for the sapper mine-lifters to deal with.’

In fact Roy’s adventures were only beginning … 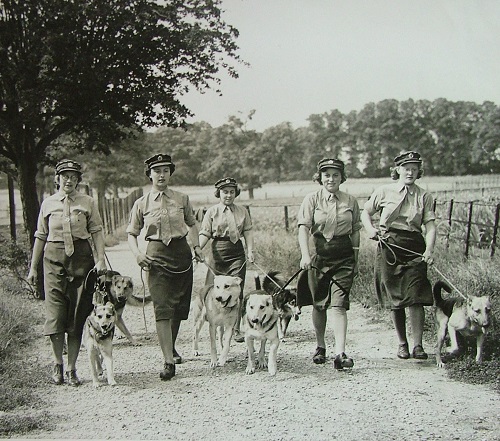 K9 Magazine says: What a story, we can't wait to read more!

Dogs of Courage is written by Clare and Christy Campbell. Clare is an author and journalist. She writes regularly for the Daily Mail, Marie Claire and is the author of Out of It (2007) and Tokyo Hostess (2009). She recently ghosted the national bestseller Bringing Down the Krays (2012) by Bobby Teale. Her husband and co-author Christy is the former defence correspondent of the Sunday Telegraph. 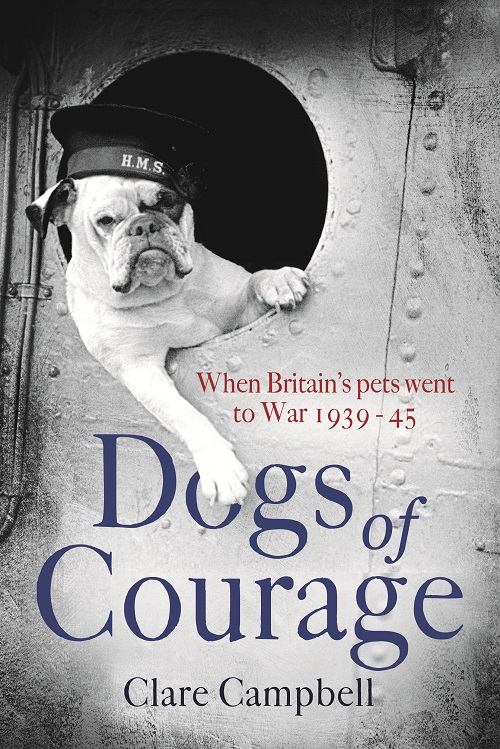