When I worked on my first book about adopting a dog who had been saved from a life of breeding, the term ‘puppy farming’ was the one most familiar to my publisher. It seemed to accurately convey to a general readership the business that had profited from the abuse and fertility of my dog, Susie-Belle, for years, writes Janetta Harvey.

Although details of her life before us were scant, I knew she’d come from a puppy farm in Wales and had been found seriously underweight, with a prolapsed womb, teeth and skin infections, almost blinded by untreated eye disease and cataracts and tied with rope around her neck in the back of an old barn.

Her value to the person who confined and abused her was merely the puppies she produced, year after year. She was kept in conditions, on premises more akin to how livestock are housed than companion animals. 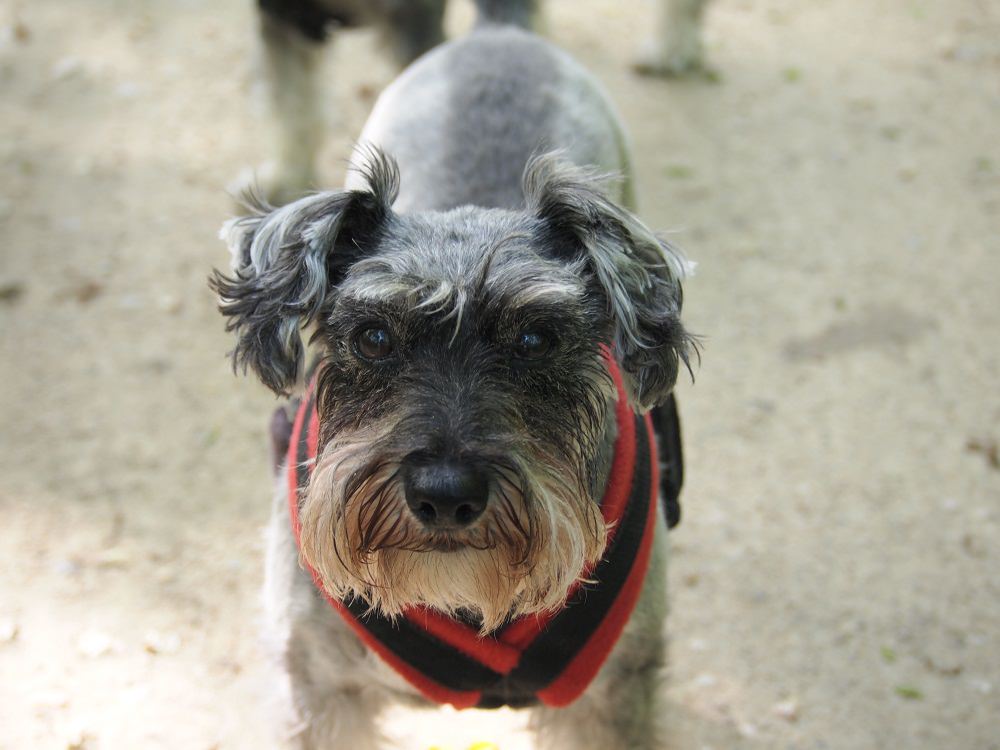 Pictured above, Susie-Belle in her new life with Janetta

Once her story, 'Saving Susie-Belle', was published and featured in the national media, I was inundated with people contacting me sharing similar stories about their dogs.

A common theme was less the actual conditions the dogs were rescued from - these are not often available to adopters - it was more the shocking damage done to their bodies and minds during their captivity. And not just in those saved from farms.

I had readers tell me of retired breeding dogs they’d bought - from apparently reputable breeders - whose problems adapting to living in a regular home, mirrored much of what they read in my book.

These were not dogs from agricultural ‘farmed’ environments, they had lived in breeders' kennels and in more than one case, Show breeders. Clean, licensed, open to the public businesses that satisfied legal requirements for animal welfare but where behind the façade, dogs' lives were still being damaged.

Some of the stories made it into 'Saving One More', my second book exploring puppy farming in all its guises. My remit expanded as research led me to better understand the massive extent of problems in today’s puppy breeding business. 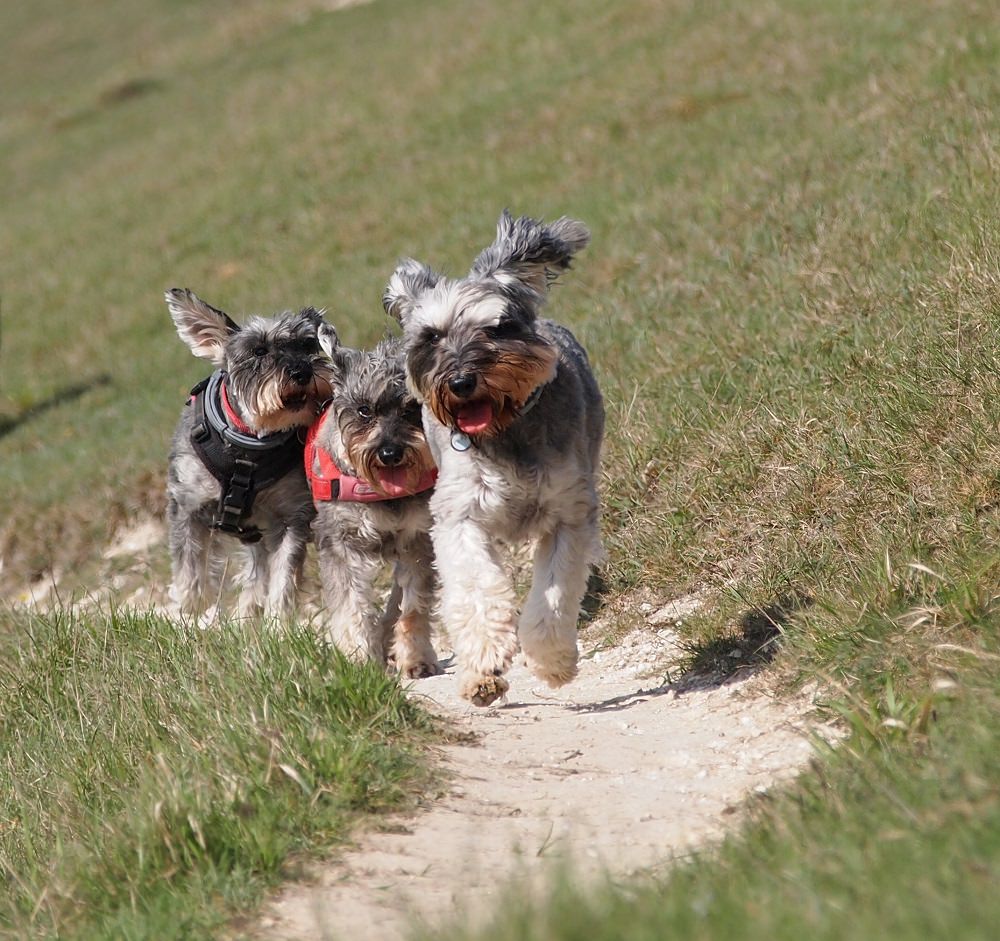 The origin of many puppies sold today are so dubious and so damaging that puppy buyers are unknowingly, as well as knowingly in some cases, complicit in a huge amount of animal cruelty.

With puppies living in millions of homes across the country whose lives stem from cruel beginnings and who leave behind parents who will never have regular lives, the malignant cruelty of the puppy industry thrives right in the heart of modern society. An uncomfortable, but true reality.

While the term puppy farming may make it seem like an activity restricted to high volume breeders in rural locations, this is far from the whole picture.

Dogs whose only worth is what their puppies will make when sold, are living in urban places just as they are in agricultural buildings. Cages stacked in houses, dogs kept in garden sheds, pregnant dogs moved into ‘guardian establishments’ to give an impression of pups being home-bred, all show the many faces of puppy farming.

For some, the definition of a puppy farmer is not based on scale as much as what the motivation for breeding is; if a breeder’s main intent is profit, arguably they’re a puppy farmer. 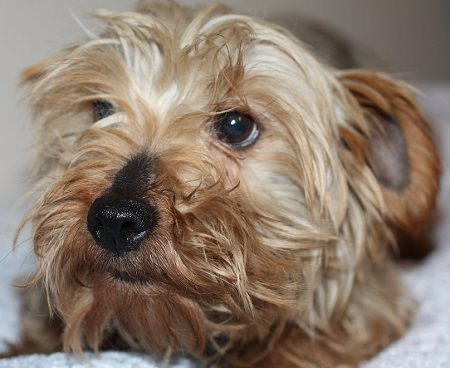 Pictured above, Holly is an ex-puppy farm dog who has been saved and is on dog adoption site, dogsblog.com looking for a new home

'The poor dogs count for nothing, except money'

One group in the UK which knows first-hand how puppy farmers think and operate is Puppy Love Campaigns.

Now in their eleventh year of investigating the many guises of puppy farming, Puppy Love Campaigns volunteers have been up close and personal with many breeders, a lot of whom would vehemently protest being labelled puppy farmers but whose activities are all about making as much money from their dogs as possible.

While a lot of their investigative work, particularly in the early years has been gaining footage and evidence from breeding operations set in agricultural locations, Puppy Love Campaigns knows this is just a part of what the trade in puppies involves.

In the years they have been delving into it, they have seen the industry evolve and those profiting from it adapt their methods.

As public awareness has expanded and changed so have the means used by breeders, puppy farmers and dealers. As numerous news stories over recent times have reported on the vast amount of money being made, along with the involvement of criminal gangs, it’s clear that those involved are always many steps ahead of those trying to curtail their activities.

The main intent for those profiting from this lucrative trade is to protect their businesses and they will do whatever is necessary to do that. Through the undercover work they do, Puppy Love Campaigns volunteers have learned first-hand the many tactics and deceptions employed by the industry to maximise sales and profits.

I asked the founder of Puppy Love Campaigns, Veronica Lambert to tell me what they’ve witnessed and been told by those operating in the breeding business.

"Breeders have arrangements with family, friends and their networks where pregnant females are moved into homes. One asked us if we would take her females in pup, set up and sell the pups for a few hundred pounds each.

"Whatever we made over and above that price we could keep and if we were successful, she’d pay us a kind of commission on top! Once the litter was sold, mum would go back to the breeder and we’d be given another, and on the cycle goes.

"We’ve been told of many of these arrangements being in place, and they’re completely below the radar of any authorities. As each will appear to be a home breeder, mum will be in place for the sales, buyers will never be able to tell the real nature of what they’re buying into. The breeders make their money and the poor dogs count for nothing except that. Their lives are horrible." 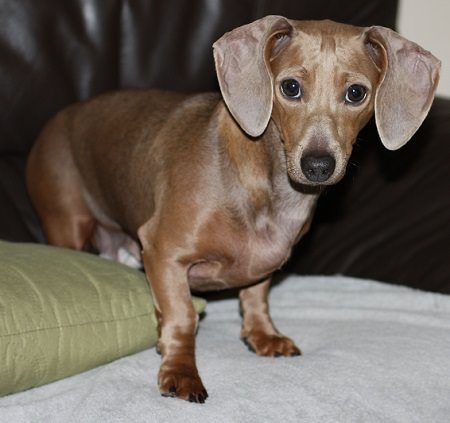 Pictured above, Pixel was recently saved from a puppy farm. She has recently found her new forever home after being on dogsblog.com

The smuggling of heavily pregnant females into the UK is a tactic also identified by Dogs Trust and Operation Delphin, a collaboration between USPCA, DSPCA, ISPCA, RSPCA, SSPCA, HMRC along with other authorities aimed at disrupting the illegal puppy trade.

The lives of breeding dogs can be brutal, one breeder told a Puppy Love Campaigns undercover volunteer that fights to the death can and do happen and are par for the course when keeping dogs. Another, a prolific breeder described how she scours the internet selling sites for young dogs under £200 - or for free if she can find them - and "snaps them up" for her business.

From their years of speaking directly with those in the business, Puppy Love Campaigns knows that everything that can be done to maximise profits and keep sales buoyant will be done and any measures to control the trade need to be thorough with proper enforcement - and resources for that - in place.

"One dealer, not wanting to ‘waste money’ told us he vaccinates two pups when he knows it should be one dose per pup. Nothing stops these people thinking about their pockets and the money the puppies make for them. They really do see nothing but pound signs where a normal person would see a living, vulnerable puppy.

"It’s common that to get around any problems of licensing, breeders will hide dogs away in sheds not covered by the license should an inspection be planned. Without spot checks and unannounced visits, the inspections and reports are not worth anything, not even the paper they’re written on."

Footage gained by Puppy Love Campaigns has been used to bring about several prosecutions of breeders over the years. Despite new welfare and licensing regulations being in place in Wales since 2015 dogs continue to suffer in vast numbers. Little seems to check the trade despite the best efforts of campaigners.

The market in puppies is huge and growing and as puppy buyers have become more aware of what to look out for to avoid the worst of the cruelty, so those whose business it is to capture the market, have become ever more sophisticated about how they go about hooking in puppy buyers.

Even when they research breeders, and head to those appearing to be reputable, those with impeccable marketing, those with smart websites and making all the right noises about caring about the health of their dogs, many buyers are still inadvertently supporting a whole heap of highly profitable cruelty.

Janetta Harvey is a writer and commentator on the international puppy breeding industry.

She is author of ‘Saving Susie-Belle’, a personal account of the life she shares with her adopted dog, Susie-Belle, a survivor of years spent in the worst end of the commercial breeding industry. 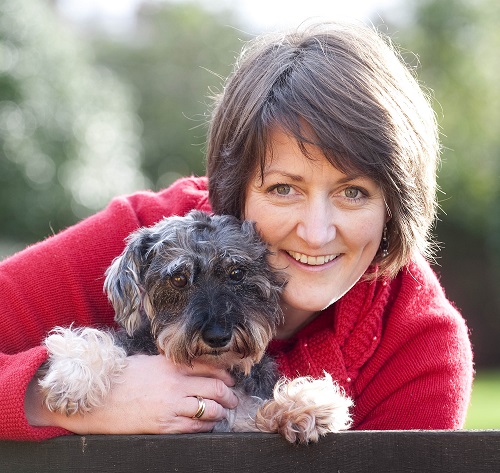 She is author of three books, ‘Saving Susie-Belle’, ‘Saving One More’ and ‘Saving Maya’.

Keep up to date with Janetta’s latest work and efforts to eliminate puppy farming online at
www.janettaharvey.com or across social media on Twitter, Facebook or Instagram.