Arsenal footballers Jack Wilshere, Sead Kolašinac and Calum Chambers were set a challenge to go around a dog agility course, assisted by rescue dogs, to see who could go around the course with precision, accuracy and speed.

The Cooper Tire Agility Course finished with a crossbar challenge, with each footballer getting three attempts to kick a ball through a tyre hanging from the crossbar – with the clock stopping if the ball went through the tyre or after three unsuccessful attempts.

Bosnian left-back Kolašinac was partnered with Battersea dog ‘Woody’, Calum Chambers with rescue dog ‘Buddy’ and last but not least, Wilshere teamed up with the aptly named cross-breed ‘Cheeky’.

Well done Buddy (and Calum)! High fives all round. 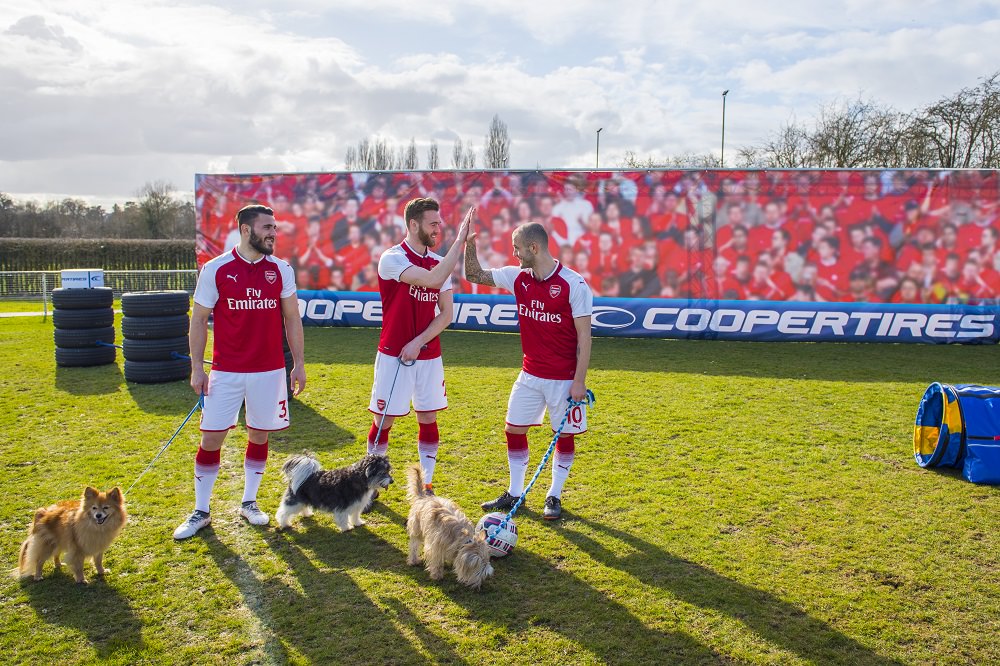