The 171 dogs are part of the final cohort of 250 dogs and puppies rescued by the organisation from one of the dog meat farm in Wonju, the fifth such farm that the charity has closed down as part of its campaign to end the eating of dogs in South Korea.

The rescued dogs are being flown to shelters and rescues in the United States and Canada who are a part of The Humane Society of the United States’ Emergency Placement Partner program, as they begin a new chapter in their lives finding loving new forever homes and a safe future.

Andrew Plumbly, campaign manager for HSI, who assisted in the dog rescue, said: “It’s a huge relief to rescue these dogs and get them to safety, knowing that in just a few weeks’ time during Bok Nal, they would likely have ended up being killed and eaten. The conditions on these farms is truly shocking. It’s factory-farming of dogs in row upon row of bare wire cages, filthy with faeces. The dogs live in a perpetual state of fear and anxiety. But the miserable existence they have endured is finally over, and the happy homes that await them in the USA and Canada couldn’t be more different. They will at last get to run and play and know what it feels like to be loved as a family friend.” 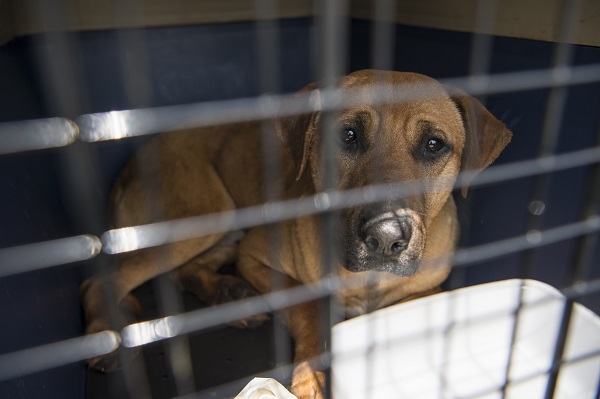 Most people in South Korea don’t regularly eat dogs, and the practice is increasingly out of favour with the younger generation. However, during the summer months – and particularly the hottest days of Bok Nal between 17 July and 16 August – dog meat stew (also known as ‘boshintang’) will be widely consumed even by those who never normally eat it, in the unfounded belief that it cools the blood. Hundreds of thousands of dogs will be slaughtered at this time, as an estimated 60-80 percent of the entire year’s dog meat is eaten in just two months, most often at one of South Korea’s thousands of dedicated dog meat restaurants.

Mr Plumbly continued: “In our experience, many dog meat farmers are keen to leave this business behind them, and come under increasing pressure from their children to end dog breeding and killing. However, they need help in transitioning to an alternative living, so that’s where HSI steps in. Ultimately we need the South Korean government to get involved in phasing out dog farming and banning dog eating, and with the Winter Olympics coming up in Pyeongchang in 2018, we are urging politicians to work with us to consign the eating of dogs to the history books.”

HSI is working in countries across Asia to end the grisly dog meat trade. Efforts include: intercepting trucks crammed with dogs headed for slaughter in China; providing expertise to train officials for improved enforcement of laws and humane rabies elimination in Vietnam; and helping dog meat farmers in South Korea transition to more humane ways of making a living.