Life can be a funny thing. You often hear the saying 'you never know what's around the corner' but in Stella's case, this literally was true and her life was about to change putting her in the history books within two years.

Stella was found as a stray wondering the streets of Taunton in Somerset and was rescued by West Hatch RSPCA in Taunton, says her companion and handler from Gloucestershire police PC Claire Todd. 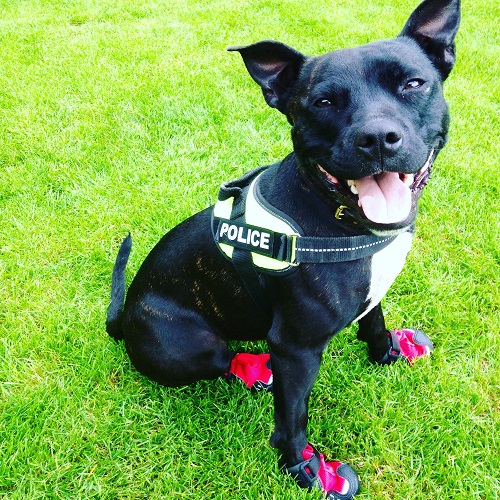 Stella was very high energy and they were struggling to re home her as a pet. Sue Dicks at West Hatch started to realise Stella had a real talent to keep searching until she found a tennis ball. Sue contacted Avon & Somerset police dog instructor Lee Webb informing him that Stella may make a good police search dog. Around the same time my drugs dog, Barney, a Springer Spaniel was retiring and because we now work as a Tri-Force dog section with Avon & Somerset & Wiltshire Constabularies, he knew I was looking for a new dog to train.

I went with Lee to assess Stella at West Hatch we put her through a set of tests. Hiding a tennis ball in various locations high and low for her to find. She passed all the tests with flying colours. 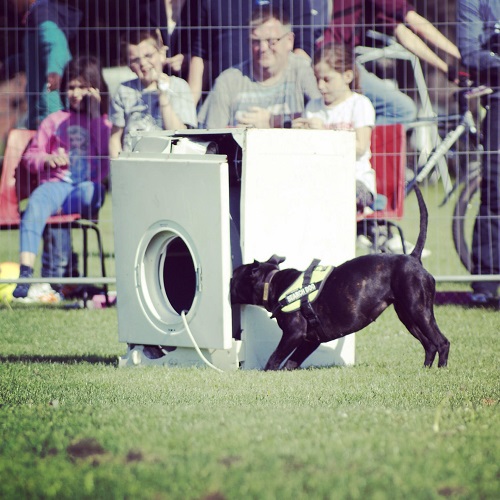 I took her home with me last January and we started our official drugs training course in March that year. The course is normally 6 weeks long teaching the dogs to find all different types of drugs, cash (sterling & euros), firearms and ammunition.

Stella has an amazing ability to learn and completed the training in just 4 weeks. Her first day operational she located £200 hidden in a bedroom drawer. She has had numerous small drugs finds in car and house searches.

In July earlier this year Stella helped search a house in Gloucestershire for Trading Standards. A large quantity of illegal tobacco had been found and some cash by the search team. Stella and I were asked to search the house to ensure no cash had been missed as it was a large cluttered house. 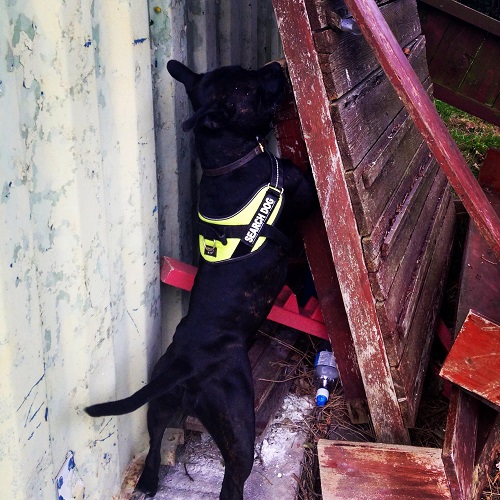 Stella indicated in the bedroom behind a dog bed where there was a large pile of clothes stacked up. Hidden inside the pile of clothes was approx £25,000 in cash. I was very proud of Stella as this cash was extremely well hidden, without her amazing nose it would have been missed. 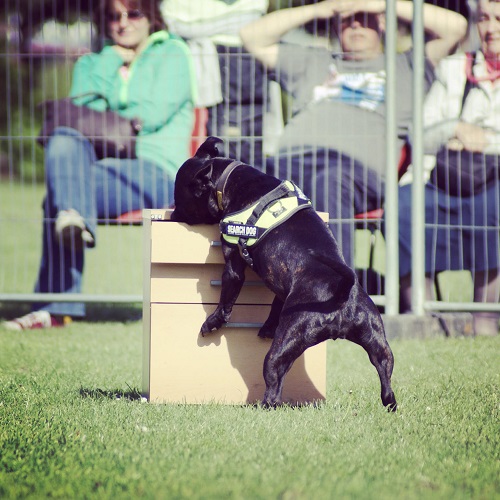 Stella represents rescue dogs, especially Staffordshire Bull Terriers,  in showing in the right hands they can be amazing, talented dogs that deserve a loving home.

She lives at home with me and sleeps outside in a kennel provided by the police. She lives with 5 other dogs and they are all her best friends.

Stella recently won the Public Service Dog Animal Hero Award and was crowned at an event in London attended by many other worthy canines shortlisted and winners, including Ricky Gervais.

We think you'll agree Stella was a worthy winner and a fantastic ambassador for rescue dogs everywhere showing you never know what life has in story. Once a stray abandoned, her life is now fulfilling doing a job she clearly loves. Share your congratulations with Stella on Twitter @PdStellaGlosPol

Find the rescue dog of your dreams online at www.dogsblog.com today - bring joy, adopt a dog...