Some stories just grab you and Fern’s is one of those. I didn’t know Fern personally but like 14,000 other dog lovers united as her army trying to help reunite her with her family after being stolen from her home six years ago, I couldn’t stop smiling and had to hold back the tears when I saw her owner Jodie Ferrier say “Stand down Fern’s Army. I'm on my way to get her. Updates to follow”.

Two hours later another update on Facebook followed: “They have got her!!!!!!! Wooohoooooo.”

Here’s how the amazing story unfolded on the social media platform. 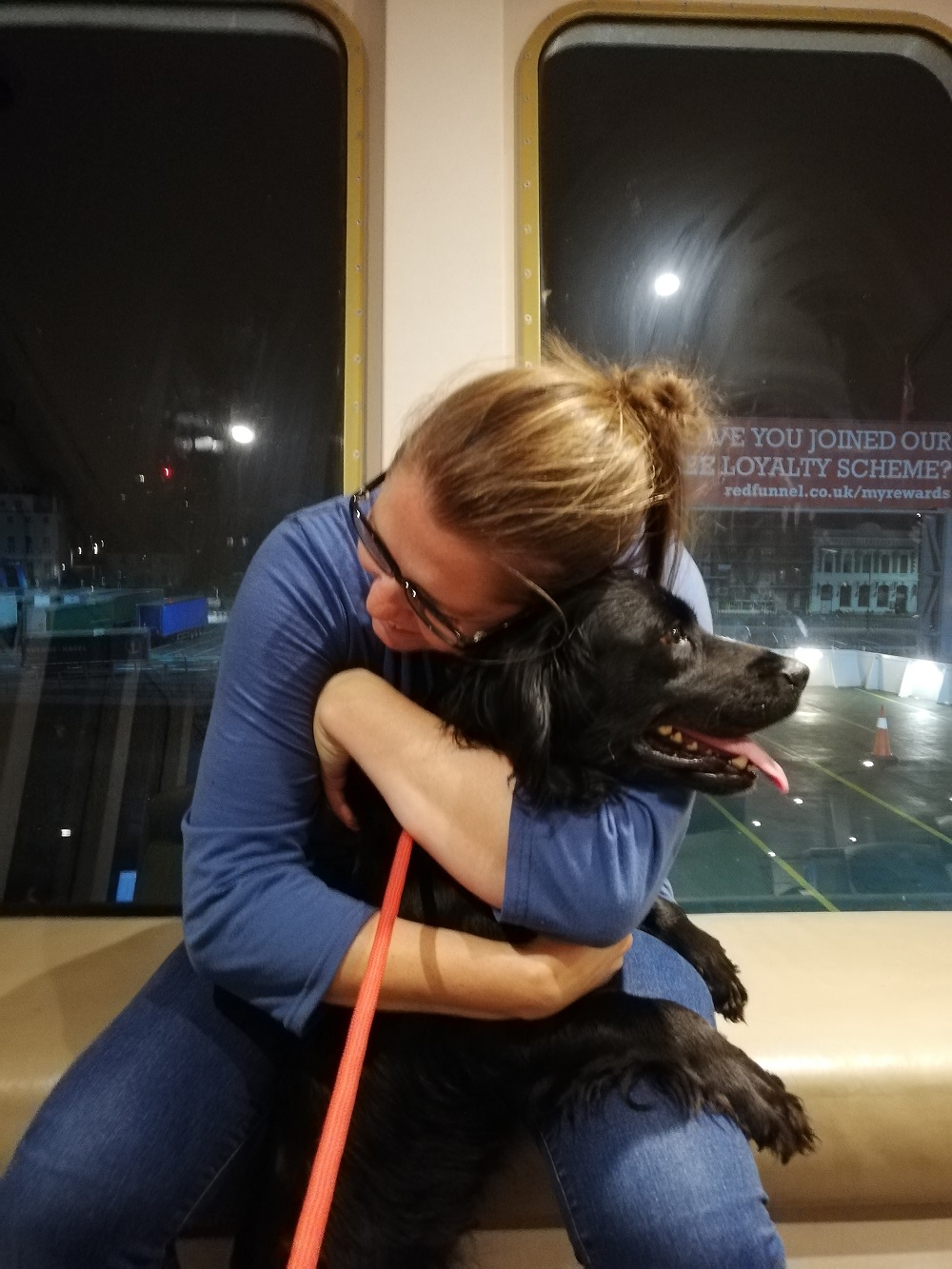 Stolen from Her Home

On 28th April 2013, Fern, a 13-month-old Sprocker was stolen from her home driveaway. One minute she was there and the next she was gone.

Her family were devastated, particularly Jodie’s son Ethan, who had always been close with Fern. 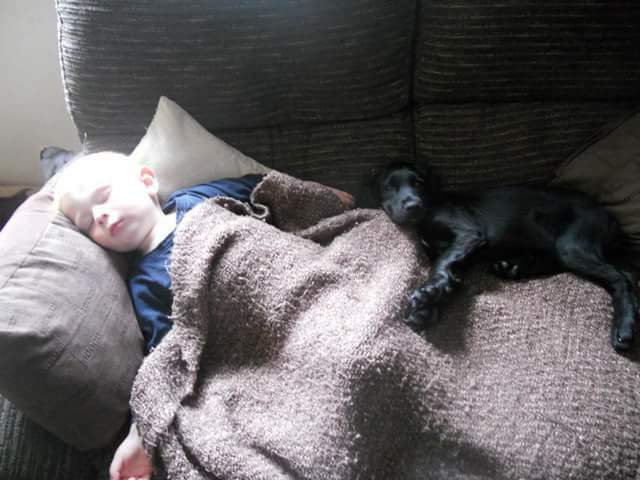 Ethan and Fern before she was taken / Photo Credit: Jodie Ferrier

For six years, the family shared her photo, grew her army online and kept her name and photo out there to try and find some way of being reunited. 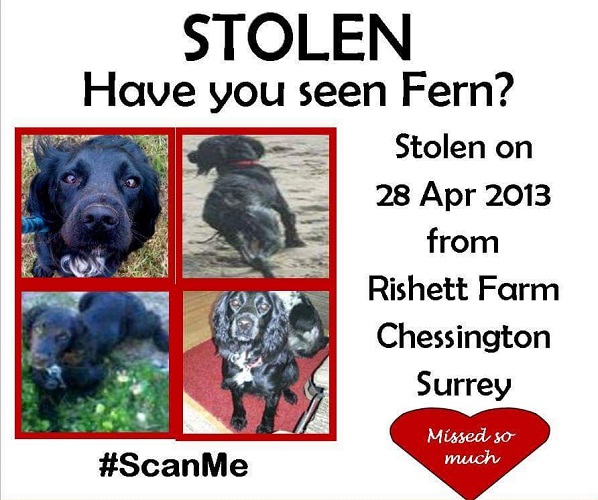 And then something happened.

Only a matter of weeks after the six-year anniversary of her theft, Fern was taken to a veterinary practice in Twyford Veterinary Clinic by a gentleman who found her straying.

The vets scanned her and found her microchip. Jodie had always updated her details religiously and so when scanned, she showed up as the owner and got a call to say her dog had been found.

One ferry ride from the Isle of Wight later, Jodie and her family arrived at the veterinary practice to show their ID and meet Fern.

Jodie kept her army online updated each step of the way.

"Wow, what a night! The call came in at 4.30pm from the wonderful staff at Twyford Veterinary practice to say they had a dog found straying and her chip shows as being mine. As you can imagine my heart leapt and I needed to hear it several times! It was her!

“I couldn't wait another second so as soon as the kids were ready and Tom was home we jumped in the car and drove to the ferry. Still not really daring to believe we arrived in Reading at 8.50pm.

“The staff were incredible and stayed on late so we could come and get her tonight. I showed the lovely nurse Stephanie my documents, ID, Fern’s chip certificate and crime number. I was so impressed how professional everyone was ensuring this girl was going home to her rightful owners. 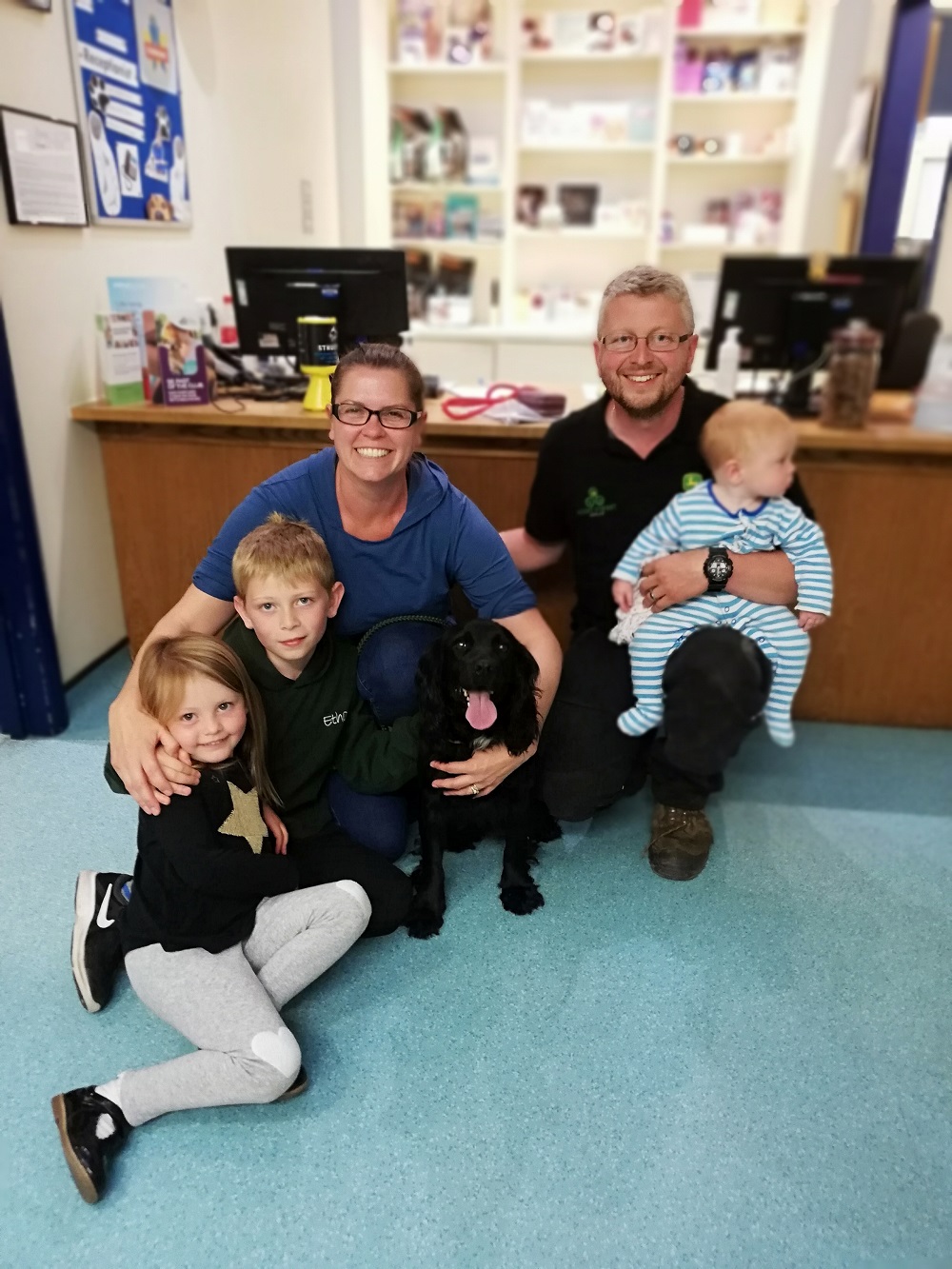 “Fern was showing a little bit of anxiety and fear towards male colleagues at the practice so I decided to approach her alone to start with.

"From the second the door opened, I knew it was her. I'm not sure she knew me but nonetheless, she was happy to see anyone happy to see her! She was particularly happy to see Ethan, best friends separated over six years ago. 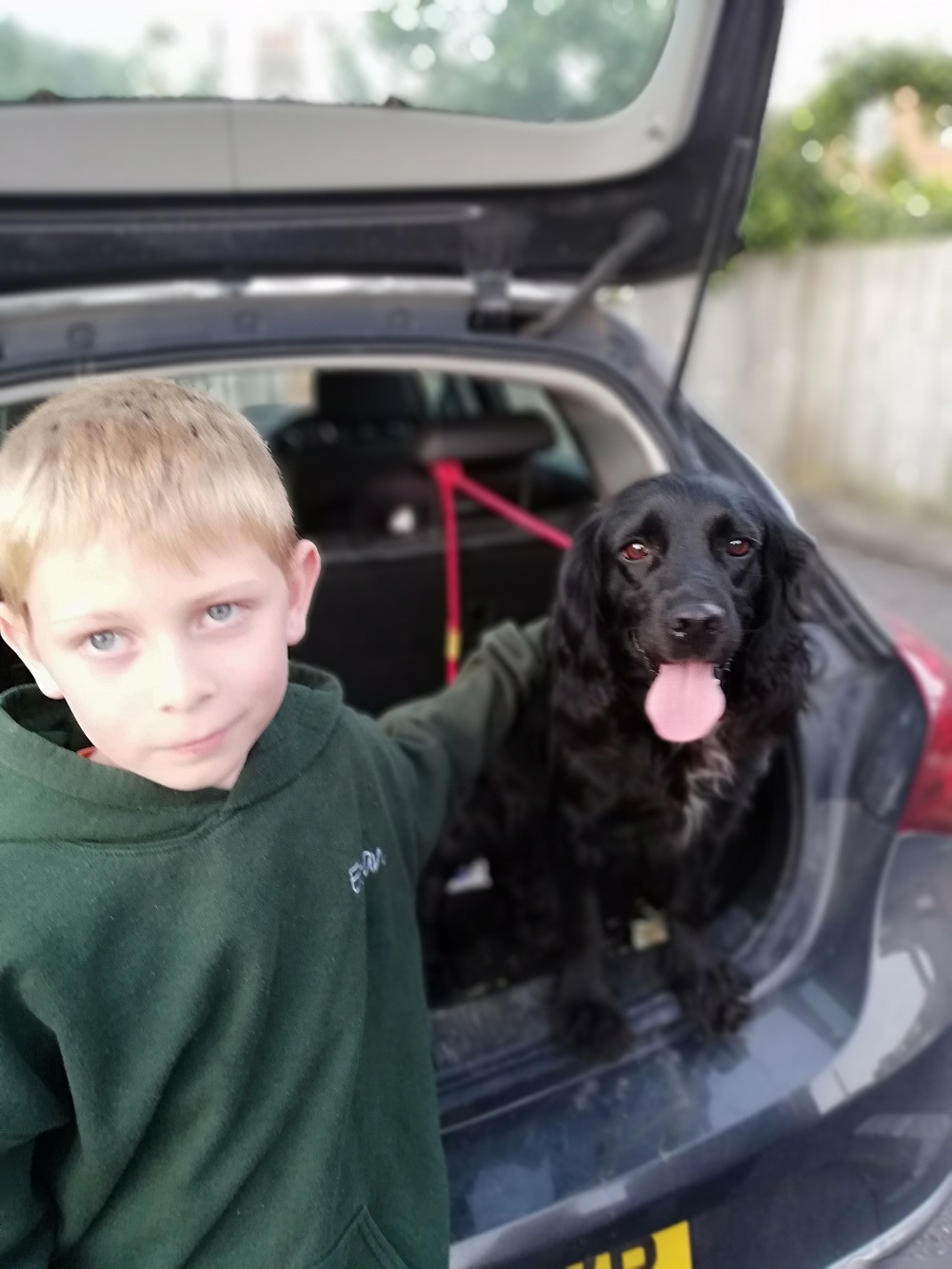 “She is smelly, scabby, itchy and clearly had pups but not in terrible general condition.

“As I write we are sat on a ferry waiting to leave at 3am to get home on the beautiful Isle of Wight and start the first day of the rest of her life with us.”

The Power of the Microchip

“Fern’s story must serve as a lesson about advocating the importance of implanting, updating and scanning microchips”, Jodie told us.

On Facebook she continued, “I religiously updated my details on that chip and checked several times a year it was up to date. If the wonderful person who found her and took her to Twyford only knew (he will tomorrow when I ring him) how that tiny act and tiny bit of technology have changed my life for the better.

“Whoever had her fed her well and for that I am grateful, but now she's home where she belongs. We have so much to learn about her and a lot of adjusting to do but we will slowly make her feel like the Queen she is!

“We have so much to do and we need to go shopping for essentials. She must see the vet for a proper once over, get this skin sorted and flead, wormed, vaccinated and neutered when she's ready. 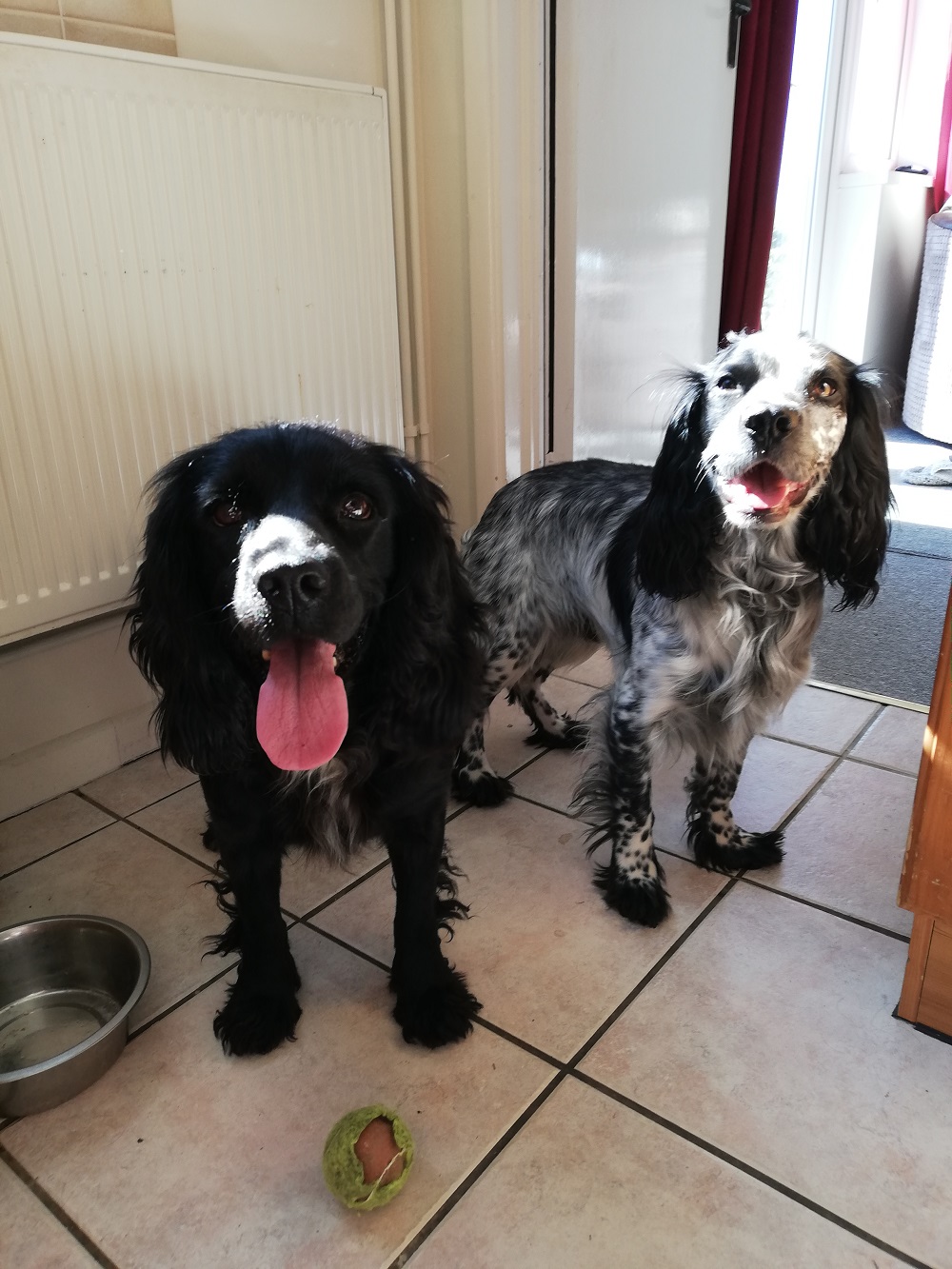 Fern and new friend Gus pictured the day after she was reunited with her family / Photo Credit: Jodie Ferrier

“The children know not to approach her or be quick around her but to be honest she has plonked herself in their laps for cuddles already!

“I've only slept an hour but I still woke wondering if it were a dream. Our Karma caught up with us today. It was a long time coming but boy am I relieved it found me.

“I am thankful for Paula who has helped from the very first day. She's become like family to me and mine and I'll always be so grateful to her. She's definitely stuck with us now. I'm also so humbled by every single one of Fern’s Army who shared, sent love, messages, searched the net, phoned me and everything else. It's meant so much to know I wasn't alone in looking for her.”

Fern’s Facebook page will stay open with updates on how she is getting on.