I admit it, I'm a huge Game of Thrones fan. I'm certain we'll have a bitter sweet ending and am both willing the time away in between episodes and apprehensive of who'll be next to depart, and so when I read an article with Art Parkinson, who plays Rickon Stark on the show, he mentioned he and his co-stars were offered the chance to adopt their character's direwolf some years back.

This came hot on the heels of losing two (we assume) direwolves in one episode - Bran's 'Summer' (ironically named perhaps?) and Rickon's 'Shaggydog' so I wondered where are the real life 'direwolves' now and in fact, who are the show's biggest dog lovers?

Here's what I found.

This fiercely independent soul on GoT adopted a puppy, now named Sonny, just after Christmas and we love that she adopted. Such an important message for a star like her to be seen doing while spreading the #adoptdontshop message. Sonny's taken over a good portio of Maisie's Instagram account, and we thank her for that!

We have some new additions to the family

A lucky little soul, is that a script we spy there? If Sonny wouldn't mind sharing some inside gossip. We won't share, promise.

Before everyone's favourite female warrior came alive on screen portrayed by the blonde actress, she used to work as a part-time dog walker and admitted to Net-a-Porter’s The EDIT that she missed the dogs she used to walk before her career took off and she became such a TV favourite on GoT. 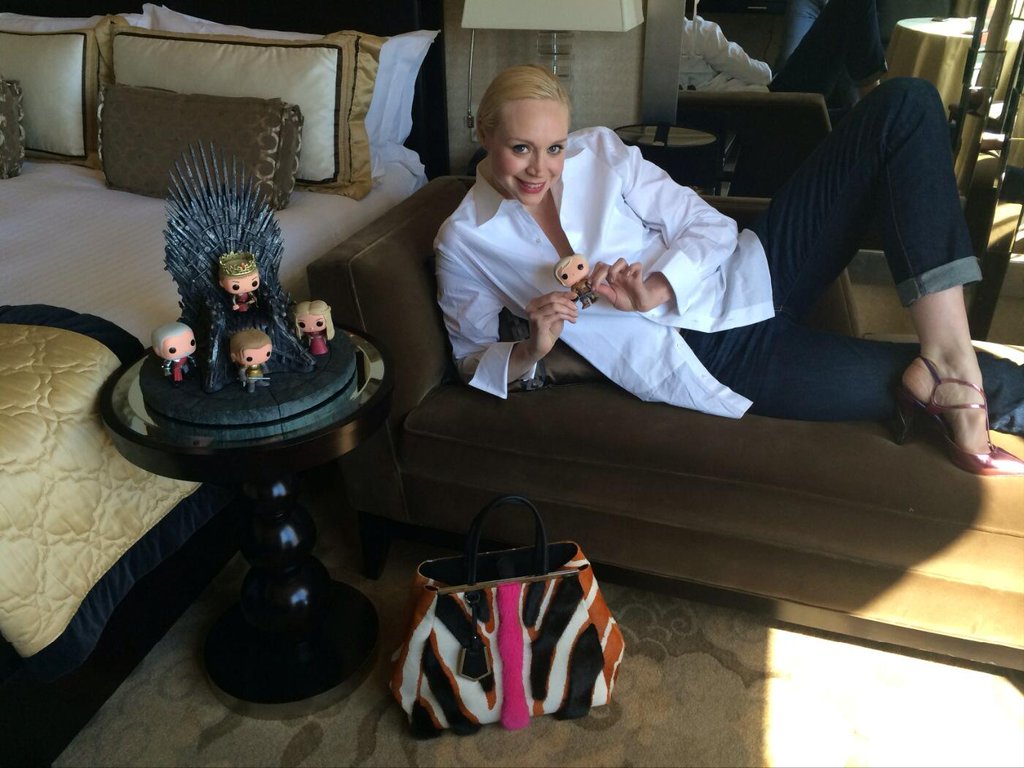 Namely two Boxer dogs called Biff and Roxy, owned by fellow actor Simon Callow. She walked them for eight years and speaking to the magazine she said, 'I miss them so much. They were the best friends I ever had!' Ahh, we can all identify with that I'm sure.

Sophie Turner (Sansa Stark, or is it Lannister or Bolton now as Lyanna Mormont pointed out?)

Speaking with The Coventry Telegraph in 2013 Sophie explained: 'Growing up I always wanted a dog, but my parents never wanted one. We kind of fell in love with my character’s dire wolf on set. 'We knew Lady died and they wanted to re-home her. My mum persuaded them to let us adopt her.'

Controversial on screen, Lena lets her love for all things dog shine through on social media. In May 2013 she sent out a tweet saying 'I tweet about my dog too much' and on Instagram in 2014 tweeted a tribute to her dog, Mr Tanner. The sentiments we can all empathise with if we've lost a beloved dog.

My lost love ..Mr Tanner .. The sweetest soul ever #missyousweetgiant

This professional strong man has been named Iceland's Strongest Man five years running and was crowned Europe's Strongest Man two years in a row but don't let his size put you off, he obviously has a heart as big as his biceps when it comes to animals and his Instagram page is a testament to this.

His fluffy little pup is named Asterix and he regularly shares photos and videos of his four-legged friend with his partner.

Asterix is crushing (get it!) training here.

The quick-witted family man is often seen out and about in New York in his down time from the show with his family and walking his dog.

A Lannister always walks his pets.

So, there you have it! Love them or loathe them on screen, their love of dogs just might give you a new appreciation for them off-screen.