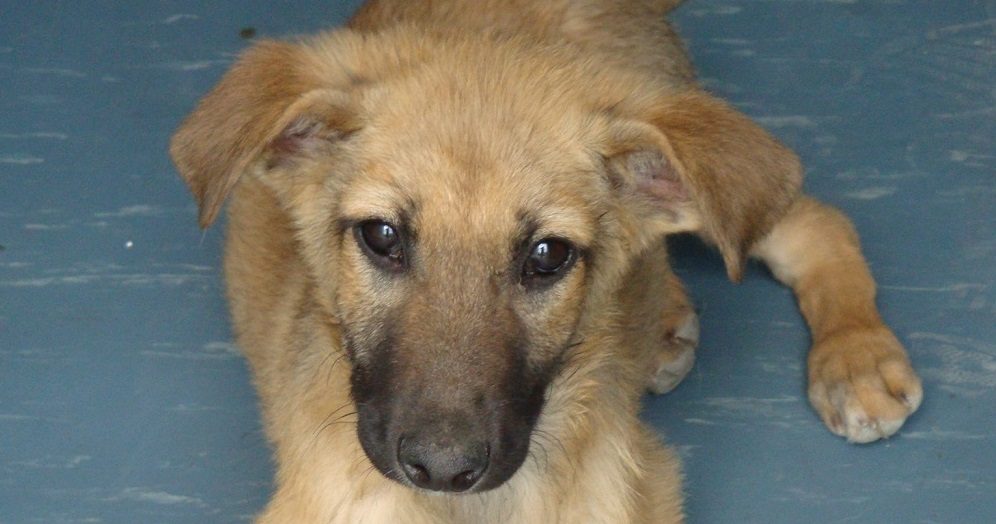 In what remains a war-torn country, with Afghans continuing to fight the Taliban, few people give much thought to the animals living there, especially free-roaming dogs. But all this could be about to change for the country's dogs, thanks to a UK charity.

The Mayhew Animal Home has been working overseas to address the issues around free-roaming dog populations for more than 15 years. “We work to promote animal welfare and the humane management of cats and dogs through vet-training programmes and a network of community animal care initiatives”, Caroline Yates, CEO of The Mayhew Animal Home tells K9 Magazine.

Killer disease taking the lives of humans and dogs in Afghanistan

One of the main public health concerns affecting Afghanistan is rabies.

With over 95% of the 59,000 human rabies deaths each year occurring in Africa and Asia as a result of being bitten by an infected dog, not only from free-roaming dogs but also from owned pets carrying the disease.

Many countries spend millions on inhumane and ineffective programmes to control and contain rabies, such as mass culling of dogs. Other methods, such as treating using human post-exposure prophylaxis (PEP) treatment is frequently inaccessible to many as it is too expensive, so do we just accept the mass culling of dogs is the only option available to countries in Africa and Asia?

In short, no. There is another solution that's not only much more effective but will save lives, both dog and human, according to Caroline.

She says, "Lives can be saved by mass dog vaccination programmes – an intervention that is also much more cost-effective. Vaccination of at least 70% of a dog population is considered to be sufficient to enable the elimination of canine rabies. Combined with education programmes on rabies control and prevention, these are the solutions to eradicate this terrible disease which presently brings needless suffering to both people and dogs.

"We believe that education is key in relieving the needless suffering of animals overseas, and that’s why we help fund and implement various vet training and animal welfare projects across the world. For several years we have funded a neutering and rabies vaccination programme in Ranchi, India, that has so far vaccinated over 50,000 dogs in eight years and educated over 270,000 children and adults."

Caroline continues, "In addition, we have collaborated with Mission Rabies that uses Ranchi as one of its hubs in northern India. The rabies vaccination programme has been successful and there has been a huge reduction in the number of recorded cases of canine-mediated rabies in humans in Ranchi City, with only four cases during the last two years."

The Mayhew does not support inhumane methods of controlling the spread of the rabies virus and dog populations and believes that the mass culling of animals, simply to remove them from the streets, is cruel, ineffective and not sustainable.

Caroline says, "Culling of dogs does not eliminate rabies or help to reduce the roaming dog population in the long term. Combining vaccination and population management control with education and training is more humane and effective, which is what The Mayhew is trying to achieve."

The Mayhew has been working in Afghanistan since 2001, and over the years Afghanistan Project Manager, Dr Mohammadzai DVM (pictured below), has provided extensive veterinary training for vets and vet students at Kabul University Veterinary Faculty, the Afghan Stray Animal League and also for Nowzad after first assistancing them back in 2006.

The Mayhew completed the first ever Dog Population Survey in Kabul, in February 2015, laying the groundwork for a large scale rabies vaccination project there. Dr Mohammadzai DVM presented the scientifically analysed survey results and findings to the Ministry of Agriculture and representatives of the World Health Organisation (WHO), the Food and Agricultural Organisation (FAO), Rabies in Asia Foundation amongst others, who have formed a Rabies Action Committee which includes The Mayhew.

The resulting plans and recommendations gave a clear primary objective to eliminate rabies in the city and make Kabul safer for both people and animals.

On January 22nd of this year, The Mayhew, which also registered as a Non-Governmental Organisation (NGO) in Afghanistan last year, signed a landmark agreement with Kabul City authorities to halt dog culling in the city and introduce an animal welfare strategy incorporating a sustainable and planned rabies vaccination programme combined with a humane dog population control programme.

The agreement means that Kabul Municipality will halt the current practice of poisoning free-roaming dogs in Kabul City and The Mayhew can lead the way for rabies vaccination and prevention, animal welfare initiatives and education in Kabul and Afghanistan.

The Mayhew will work alongside Kabul Municipality and other Afghanistan Government sectors and NGOs to deploy a rabies vaccination and Trap Neuter Return (TNR) programme in Kabul City to neuter street dogs.

The Mayhew receives no government funding and relies on the generous donations from supporters to continue helping, training and funding vaccination programmes and animal birth control projects for thousands of animals around the globe.

The Mayhew Animal Home is one of the most effective animal welfare organisations in London, helping thousands of dogs and cats to escape a life of abandonment, cruelty and neglect each year. We recognise that education is key, not only to achieve a reduction in the number of unwanted dogs and cats, but also to ensure that all animals receive appropriate care.

The Mayhew has a growing international presence to further promote The Mayhew’s message of empathetic companion animal welfare through a network of community-based animal care initiatives.

Kate Humble is best known as a TV presenter who has been co-presenting wildlife and science shows including Springwatch, Animal Park, Back to the...

Why Can’t We Do a Re-Boot on Broken Dog Breeds?

Nowadays we're more likely to associate re-boots with modern remakes of classic films. It's been suggested often that when Hollywood producers run out of...

A new study has revealed that babies raised in families with pets are healthier later in life. The study, which was undertaken at the...

5 Reasons to Love Spring If You’re a Dog

With Spring comes longer nights and brighter mornings and scientists even say the warmer weather is pretty much guaranteed to make us noticeably cheerier!...