Have you noticed your dog looking despondent around specific times of the year like when the days are shorter?

Research claims that 6 in 10 dog owners suspect their dogs of suffering from Seasonal Affective Disorder (SAD). Often more associated with humans than man’s best friend, SAD, also known as the winter blues is a type of depression that recurs on a seasonal basis.

Experts believe that the less time spent outside in the sunshine during the winter months can cause dogs to suffer the same symptoms as humans who have seasonal conditions.

And with British dog owners admitting to walking their dogs up to 50% less in the winter months, this could lead to problems in itself.

Did you know: Studies and theorists have suggested that dogs likely suffer from SAD just like humans do. In fact, a veterinary behaviourist, Dr Nicholas Dodman, says, “It would be very surprising if SAD doesn’t exist in animals.”.

What is Seasonal Affective Disorder?

The disorder is a type of depression that comes and goes in a seasonal pattern. This means it returns at the same time every year, usually in late fall or early winter.

It is often referred to as ‘winter depression’ because symptoms become more severe during the colder and darker months where there is less sunlight as the days get shorter.

As daylight decreases, the brain produces more melatonin and less serotonin. This creates a chemical imbalance which ultimately can have an impact on mood, appetite and sleep. 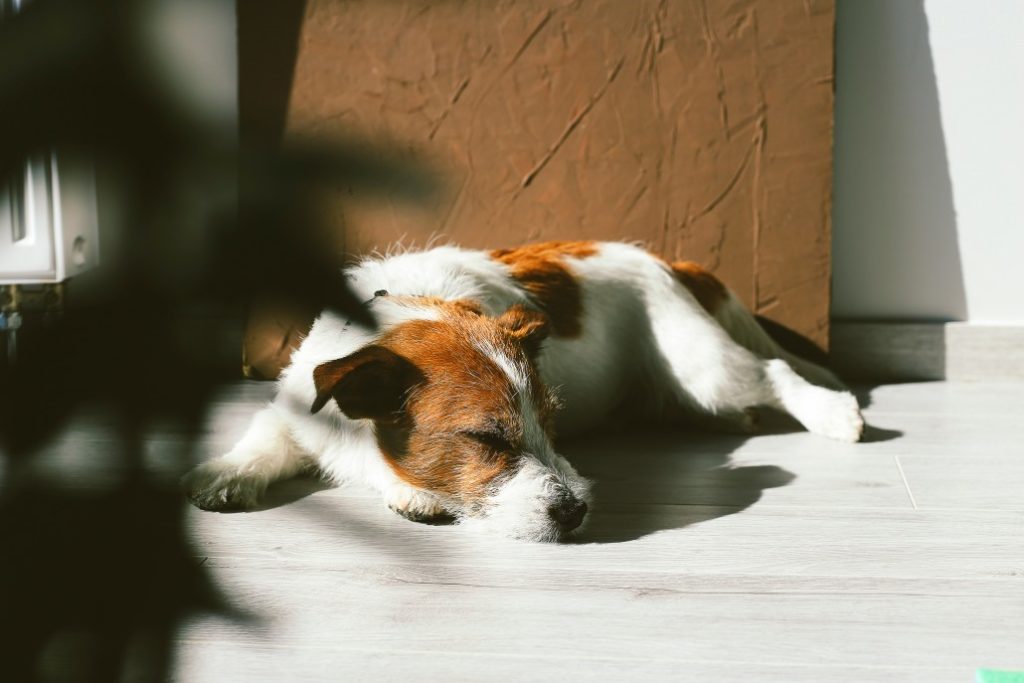 The research commissioned by Forthglade has revealed that of the 61% of dog owners who are concerned about their pets’ behaviour over the winter months, an increased appetite, a reluctance to go outside, low mood and lethargy are the most common signs picked up on by the pet owners.

Almost half (44%) also told the dog food firm that they had consulted a behaviourist about concerns.

“The long dark days of winter don’t just take a toll on the two-legged population. Our four-legged friends also feel the strain with many exhibiting symptoms that replicate the human condition Seasonal Affective Disorder.”

“Lethargy, an increased appetite, irritability and a reluctance to go outside and exercise are typical behaviours exhibited by dogs in the colder months when natural sunlight is at a minimum.”

“There are simple steps dog owners can take to help their pets. Taking walks in daylight hours is a must and good nutrition also plays a very big part. A poor diet can be directly linked to lethargy and depression within canines.”

“It’s more important than ever during winter months to feed your dog a healthy natural diet – comfort eating in winter is as bad for pets as it is for humans.” 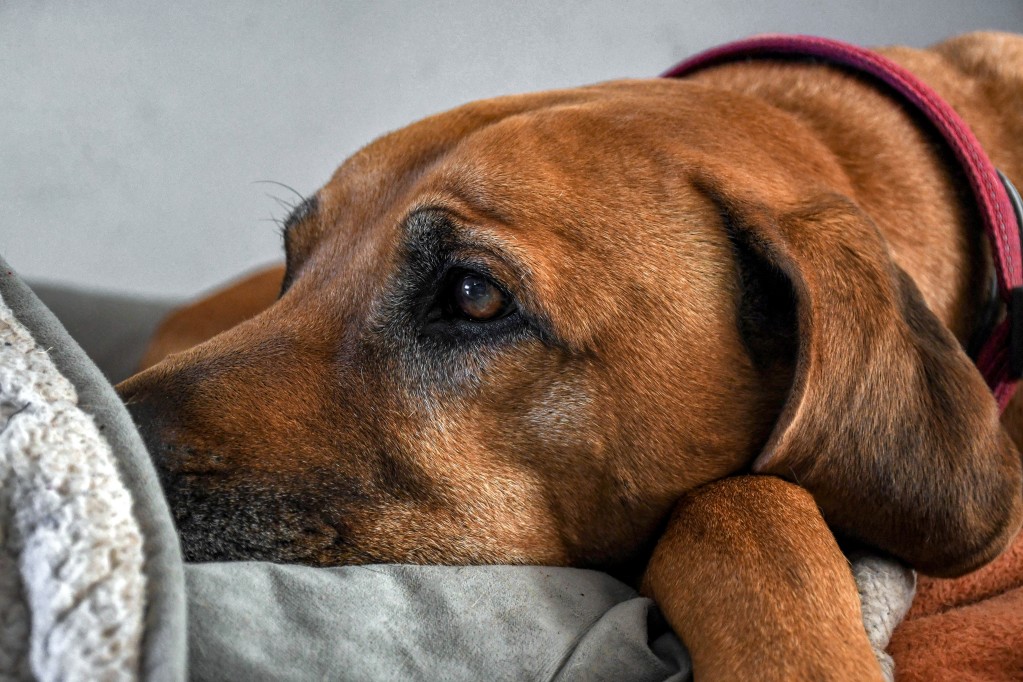 According to scientists, the reason for these behavioural changes in both humans and dogs appears to stem from the effect that light has on two significant hormones.

Melatonin, often referred to as the “hormone of darkness”, plays a vital role in regulating the sleep cycle.

The pineal gland is light-sensitive and because melatonin is usually secreted at night, the less light there is – as in the shorter, darker days of winter — the greater the production of melatonin.

Serotonin, often referred to as the “feel good” substance in the brain also affects mood, appetite and sleep – but in an entirely different way.

In this case, it’s sunlight that’s needed for the production of serotonin. 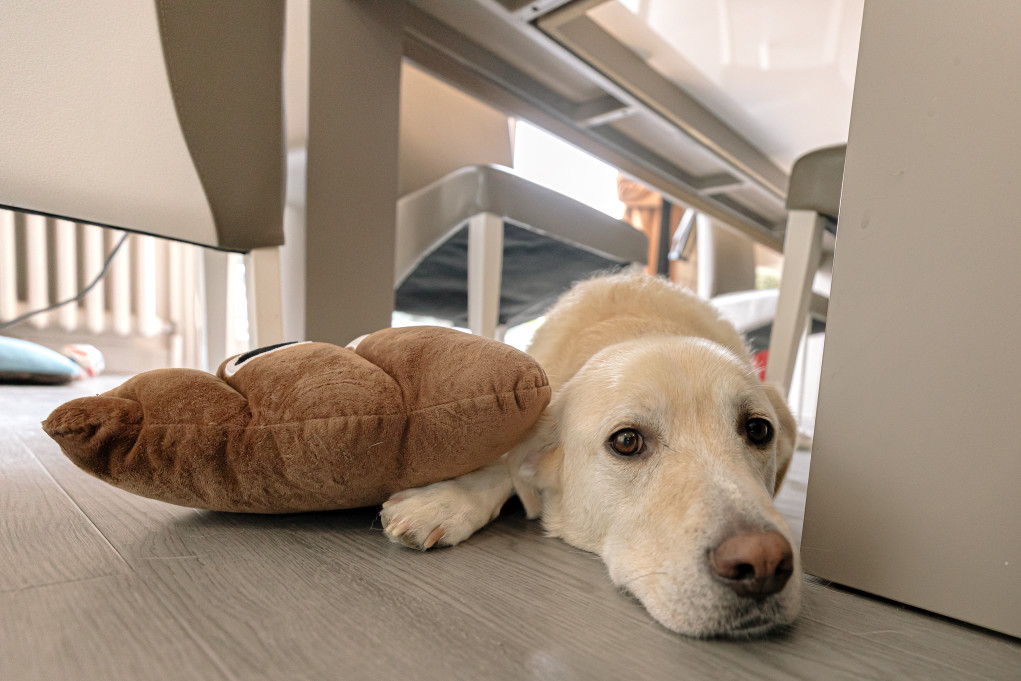 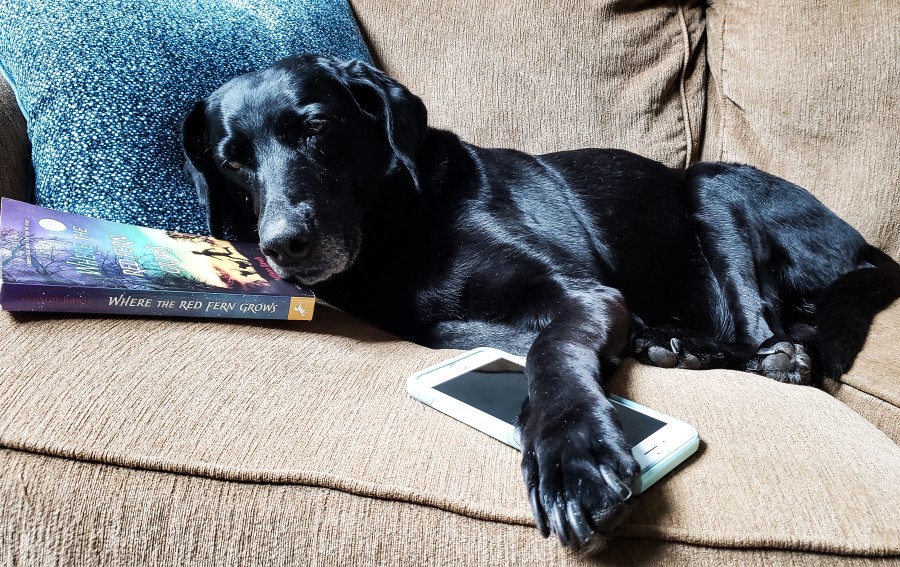 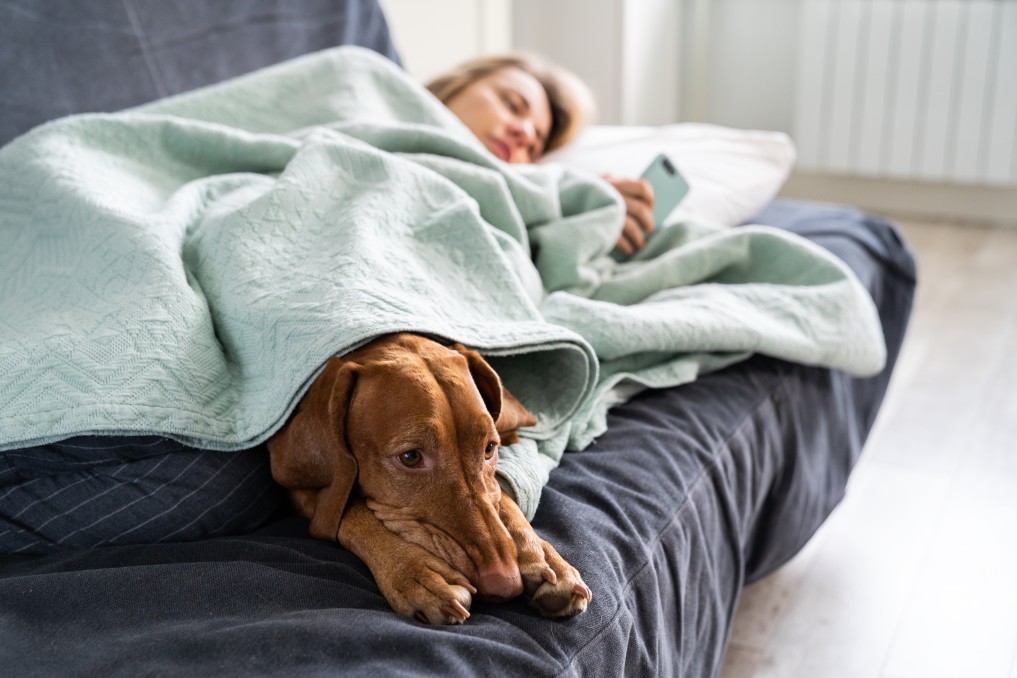 If you feel your dog's symptoms of SAD are severe, seek the help of a vet. Just as with other forms of depression, it is important to make sure there is no other medical condition causing the same symptoms.

SAD can be misdiagnosed in the presence of hypothyroidism, hypoglycemia, infectious mononucleosis and other viral infections, so proper evaluation is key.