In January 2007 we launched dogsblog.com. The goal was to help unite animal rescues of all shapes and sizes and give them a platform to help dogs in their care find new homes while at the same time, debunking myths about rescue dogs. To date, nearly 60,000 dogs have found their forever homes and each dog holds a special place in our hearts. Some stories are unshakeable. Gracie’s is one of those.

In May 2019 her rescue Animal Adoption International asked us to help her find a new family and place to call home.

It’s not uncommon to read stories of dogs who’ve been badly treated, albeit it’s not the majority - one of the biggest myths about dogs in rescue is that all have been badly treated, it’s not true, most are there as a result of life changes and circumstances beyond their control - but the expression in Gracie’s photos reflected her heartbreak at finding herself in rescue after finding what she thought was her forever home and her story stayed with me. 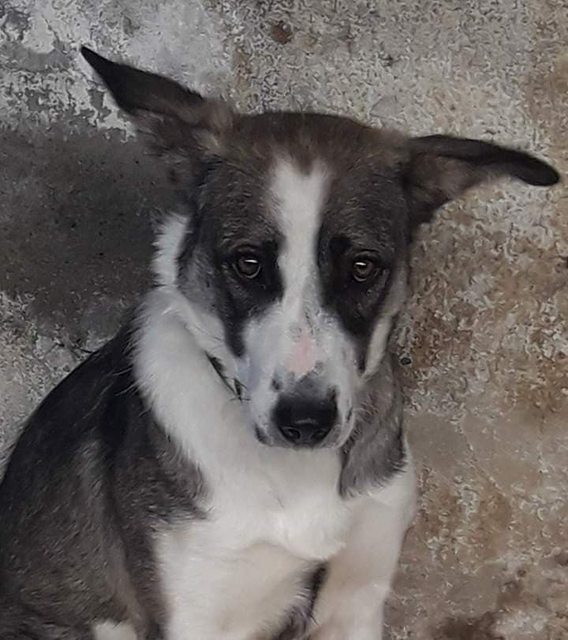 At four-years-old, Collie cross Gracie had been in her home for two years before being given back to the animal rescue.

Her rescue told us, “She was in her home for nearly two years but was returned when the son moved out.” The son wanted to travel and the owners told the rescue they never thought he would move. But as he had, Gracie was no longer needed or perhaps just no longer wanted.

“It was horrendous when they left her. She literally begged them not to leave her and held on to the owner’s leg.” 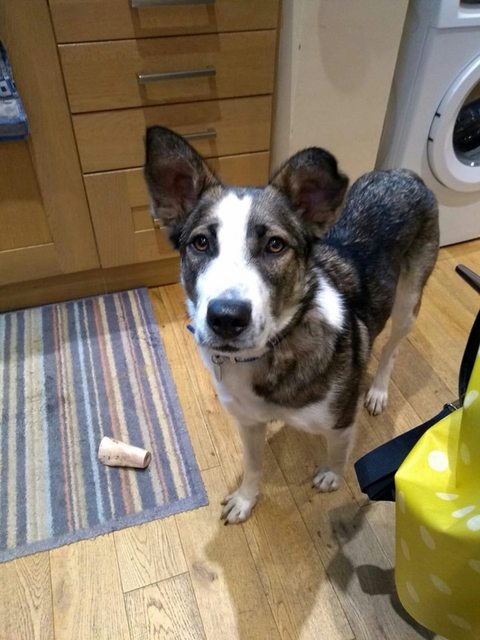 Gracie, pictured before adoption, living in a foster home

“She bonds very quickly with people and once you are loved she fiercely loves you,” the rescue added, giving an insight into her personality.

One month after Gracie went on dogsblog.com, Ian Mayo and his partner Sue read her story. They have owned dogs for most of their lives and have experience with rescue dogs.

“We were moved by her story. It seemed she had experienced a lot of upheaval in her short life, but also we were looking for a Collie/Kelpie cross type of dog anyway, I liked her colouring and her pretty face,” said Ian.

He and Sue went on to adopt Gracie and one year on, Ian shared how she’s settled in.

“Gracie is doing really well, she settled in almost immediately. She is great around the house. She has only been left for short periods as we are both retired and is always so glad to see us when we return. 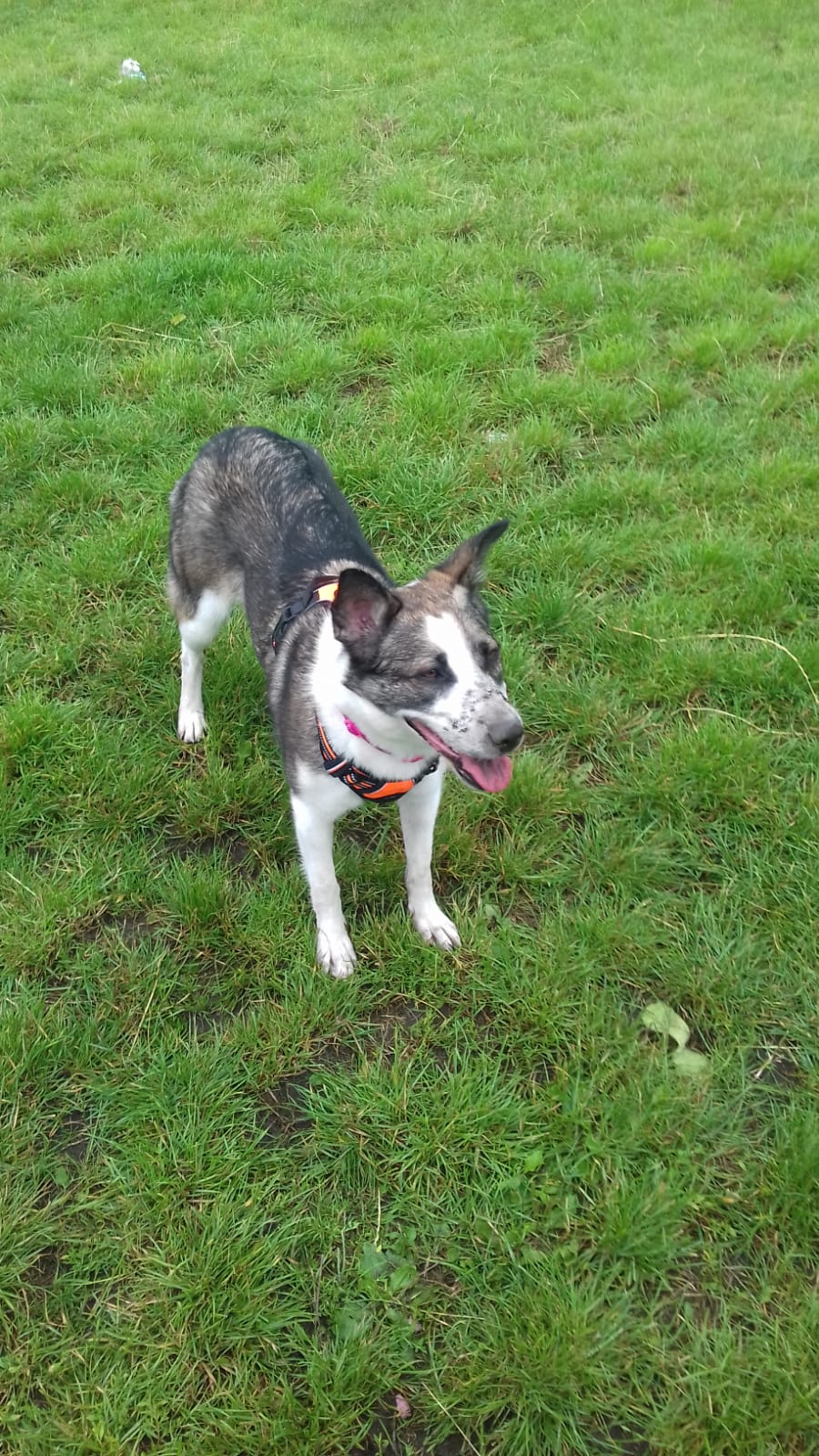 “She is walking off lead now and is really happy to run around free. She enjoys herself immensely and has a good root around woods and a good run on open fields. She also loves the beach!

“She has a good recall, always knows where we are and comes back herself without any fuss. She is very lively and full of fun. She has us laughing at her antics daily. She’s also very loving, loves her food and her huge basket of toys. 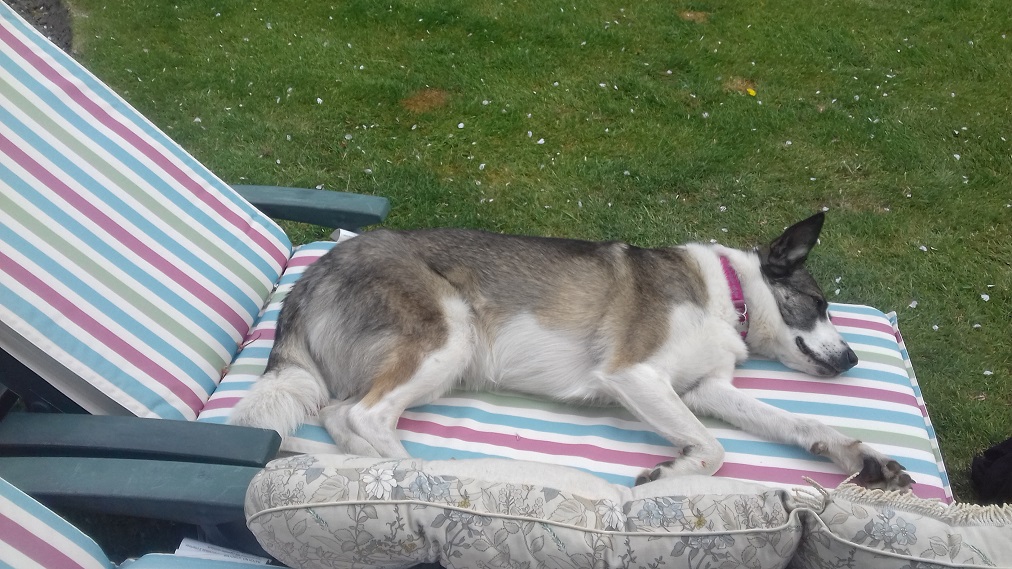 “Adopting Gracie has been fun, she is great company and we walk miles with her every day so she also keeps us fit! She has been a perfect addition to our home.”