Armenia is a country steeped in tradition and cultural history. It has faced its share of problems and tragedies, including the Ottoman genocide between 1915 – 1917, which saw more than 1 million lose their lives. The country's problems have also led to tremendous hardships for the nation's dogs.

Over the past five years, tens of thousands of dogs have been killed in Yerevan in Armenia. The city government allocates a huge amount of money per year to kill stray dogs. Residents have described how gunmen come at all hours, killing any stray dogs they can find, cutting off their tails as evidence; the more they kill, the more they earn.

When the Worldwide Veterinary Service (WVS) found out Armenian dogs were being killed on the streets in cold blood they sent International Veterinary Manager, Dagmar Mayer to find out what they could do to help. 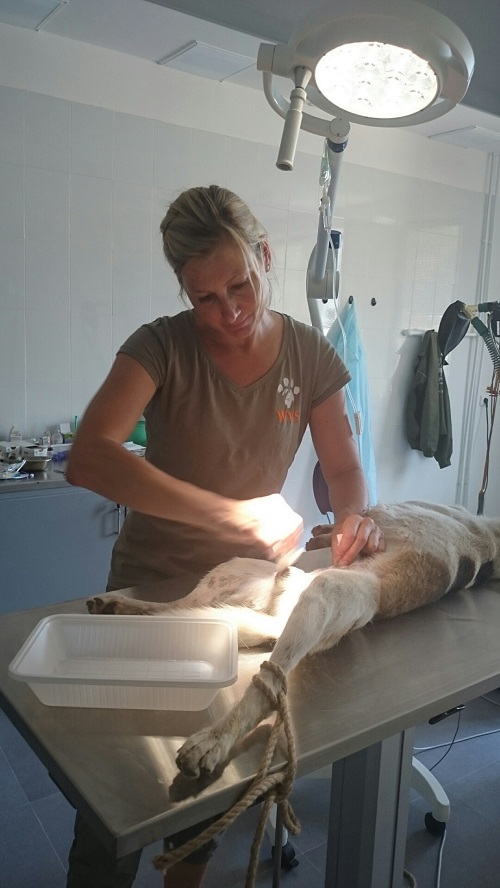 Yerevan, the capital of Armenia is a sad example of a city where this has been happening for years. Stray dogs were once shot on the streets, but now they are caught and transported to a clinic, where they get euthanised.

The situation is very complicated as the general public’s attitude is mostly against the dogs living in their streets. A lot of people are scared of them, because they think dogs are all aggressive. 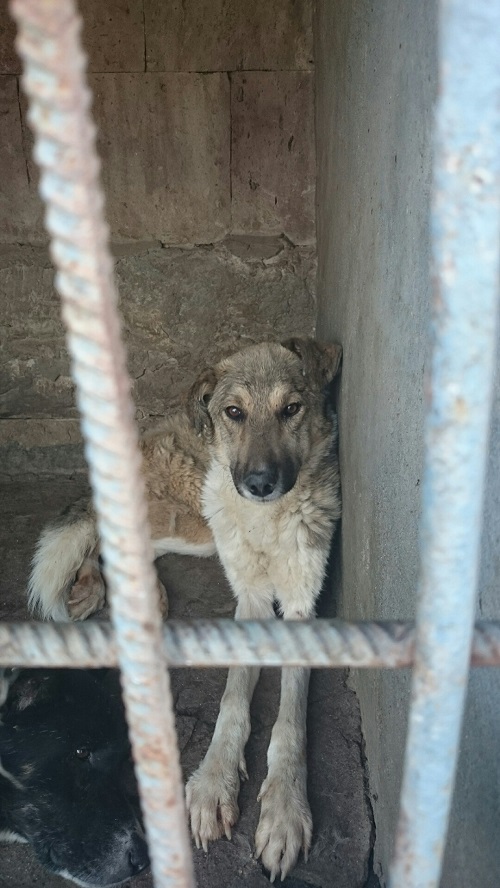 But for several years the animal welfare charity Pro Paws, founded by Elsik Ghezlashori has been fighting against the killing of street dogs in Yerevan.

I visited Yerevan for one week with Elsik and her team at Pro Paws, pictured below. I went to assess the situation and find a way how we can support the strays in the most effective and sustainable way. 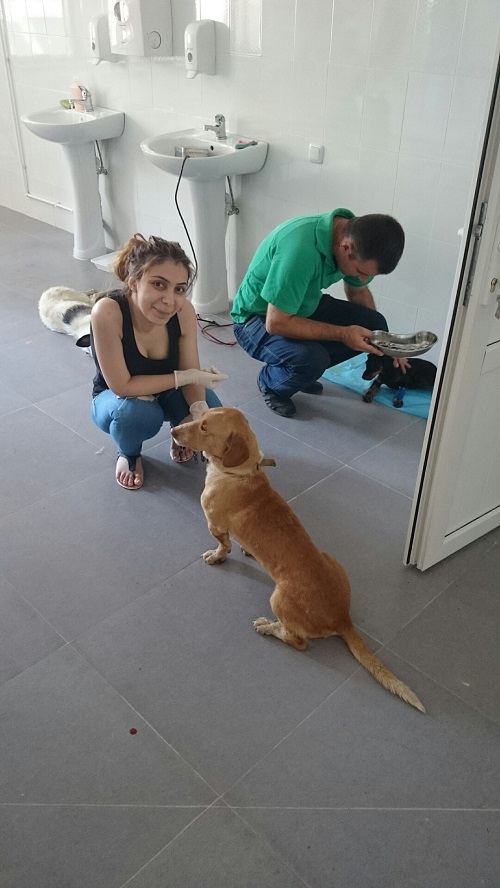 I found that there is one private company who is in charge of solving 'the street dog problem' at the moment appointed by the local government. The city dedicated hundreds of thousands each year this and this private company is receiving the city's money to collect dogs from the streets and take them off to their clinic on the outskirts of Yerevan. However most of these dogs will never leave the premises alive.

A small percentage of dogs are even supposed to get sterilised but that rarely happens. Even if some are really sterilised they are never released but are transported somewhere outside the city. 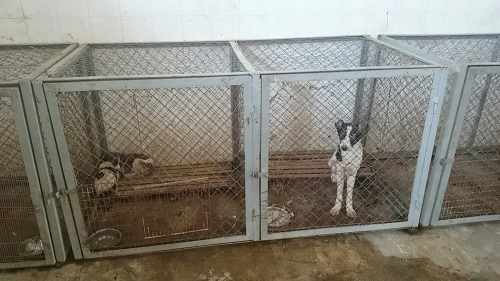 When I went there I didn’t see any sterilised dogs but I saw dogs that were very scared. Lots of them were in a dreadful state, completely emaciated, with eye infections and wounds on their bodies. Apparently some of these dogs had bitten someone and needed to be kept under observation to make sure they are not rabid, before they being euthanised. The veterinarian in charge stated that they used lidocaine for euthanasia on sedated animals. This drug is not an acceptable drug to be used for euthanasia under any animal welfare standard.

The only effective way of controlling the number of dogs living on the streets and reducing the dog population in the long run is to catch them, sterilise them, and then release them back to the same location where they were picked up (CNR, Catch-neuter-release).

Dogs are very territorial they will not easily let any new dogs into ‘their’ street. That is the reason why this concept is working across the globe, as sterilised and vaccinated dogs in a street ensure that the number of dogs doesn’t increase, and at the same time that no other dogs are settle in their area.

When dogs are killed a power vacuum for new dogs is created, which gets filled with dogs who are neither sterilised nor vaccinated, so as a 'solution' this will never work, let alone how as dog lovers we feel about the humane side of things. 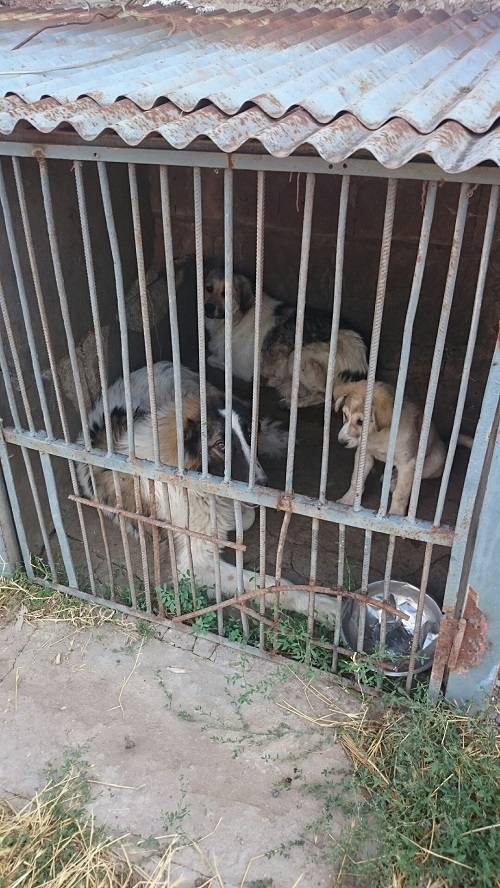 On top of improving animal welfare, sterilised dogs are healthier animals. These dogs also cause fewer complaints, as neutered dogs are not chase bitches in heat and do not fight as much, causing less nuisance by barking and chasing each other through the streets at night.

WVS is planning to work out an agreement with the municipality to be able to prove that CNR is effective. We are planning to send the first team of vets and nurses in November for a pilot sterilisation campaign.

To make this project work Pro Paws will start to roll out education material to the public as soon as possible to make everybody understand that we will not take the dogs away, but they will be transported back to the same spot they were picked up. 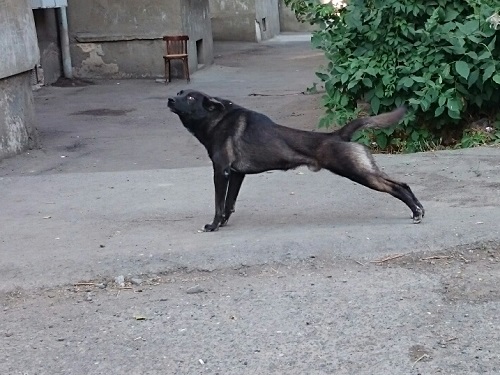 During my visit I also conducted a dog population survey. The majority of the street dogs are just lovely. As soon as I left the car they came up to me, wagging their tails, sending calming signals by licking their lips, looking away, yawning.

If only people would know more about dog behaviour they might understand better that they are not aggressive beasts, but just dogs who were unfortunate enough to not being born as popular breed but as a stray. 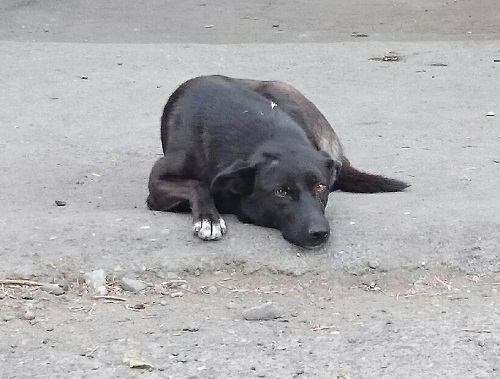 If these dogs are treated in a nice way they are as friendly as an owned dog. This is what we see in so many countries all over the world: community dogs, who are accepted and even partially looked after by the people who live in the same area.

Unfortunately during this visit I saw a few people who spotted a dog outside their gate and straight away picked up a large stone to throw it at them - they were very surprised when I ran towards them, shouting at them in a foreign language…surprised enough to not throw the stone!

I believe that we can convince the Mayor to let us prove that CNR works! But it only will work if everybody works together. The strays dogs will get a chance, and can at least live in peace without the constant threat of being collected and killed with education at the heart of change because just now the only thing that's certain about the future of a street dog in Armenia is that it must change.

WVS provide animal welfare charities all over the world with a sustainable veterinary resource, providing vital aid, which would otherwise not be available.  The need for your support is greater then ever. We have a constant demand for veterinary supplies, from treatments and dressings to surgical equipment.

Find out how you can get involved, donate and offer support by visiting here. Support WVS, Support Animal Welfare.