Veterinary science is moving at quite a startling rate. Dogs are living longer and surviving once fatal diseases. The industries and researchers that support the veterinary community are playing their part in helping dogs live a healthier longer life too, but one thing that cannot be medicated against or legislated for is trauma. Being hit by a car, a household accident, falling or being fallen on can all result in the loss of a limb for an unfortunate dog and certain illnesses can lead to this sad conclusion too. But dog owners should remember two things here. 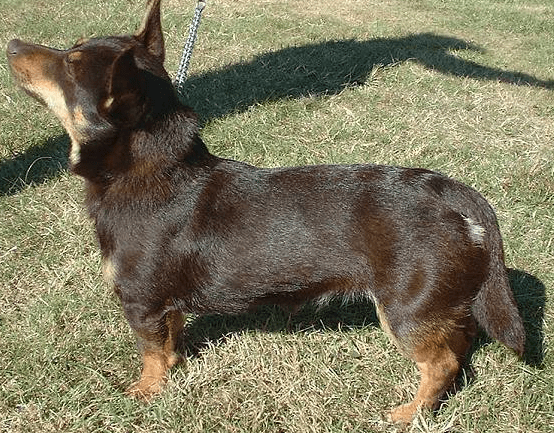 Dogs have no concept of disability, they just get on with things regardless. In fact K9 Magazine believes the sight of a three legged Greyhound gamely hoping down the road with his four legged companion is one of the most heart warming sights around. The other thing we need not loose sight of is that there are people like Dr Glyn Heath doing extraordinary work to ensure life is as comfortable and mobile for those dogs that do undergo amputations.

Here he explains how he goes about providing prosthetic limbs for canine amputees. “In order for a dog to be able to walk effectively it is critical that all four limbs are intact and that they are functioning properly. However, in many dogs this is not the case as for example after limb amputation.

Limb amputation is a relatively common surgical procedure in dogs and the most common reason for amputation is due to trauma, where the injured limb cannot be saved. However, there are other reasons for amputation and these include osteosarcoma or soft tissue sarcoma.

In many cases, dogs can cope well when walking on three legs, however, sustained mobility may be a problem in larger or heavier breeds and prosthetic replacement can improve their mobility. Prosthetic restoration does offer a viable alternative when a significant proportion of the lower limb can be saved, especially if the hock or wrist remains functional.

There are also dogs that suffer paralysis for a variety of reasons. Partial paralysis of a limb creates considerable problems when walking as the limb does not function optimally and may well be insensate, the result being that the dog will damage its limb during walking. It is possible to produce an exoskeletal device (orthosis) that supports and protects the paralysed limb, without compromising other non-affected joints.

With regard to dogs who have partial paralysis of one or more of their limbs, the situation very much depends on the severity of the paralysis and the joint movements that are affected. In many cases, the supporting role offered by orthoses can allow the limb to be functional and by ensuring the paralysed limb is held in the correct position, we can further ensure that the limb can support the body weight during stance and strike the ground during walking at the correct angle and with sufficient stability. Myself and Mr Geof Riley at the Directorate of Prosthetics and Orthotics at the University of Salford are involved in the design and fitting of prostheses and orthoses utilising biomechanical principles similar to those applied when working with human patients.

This work has been done in conjunction with Veterinary surgeons, who have felt that the rehabilitation of selected patients may well be enhanced. To date about fifteen dogs have been treated. Most of the patients have been fitted with orthoses for correcting gait and many of the dogs treated have had notable improvements in their mobility. Where amputation is deemed necessary, it is usually carried out though the pelvic or pectoral girdle.

Such an amputation is not ideal for prosthetic restoration as there is no residual limb remaining that can be inserted into the prosthesis. As such the amputation should, where practically possible preserve as much limb length as is possible with a view to retaining the functionality of all joints above the level of the damage. Limb reconstruction is a possible alternative but is a relatively expensive procedure and there is the added problem of bone rejection and unsuccessful grafting. Treating infection of the grafted bone is particularly difficult as the grafted bone is reliant on a reduced blood supply and is thus more difficult to treat with antibiotics. The procedure by which a prosthesis or orthosis is fitted is remarkably similar.

In the case of a prosthesis, a cast has to be taken of the residual limb, which has to include the area of the stump and the area of suspension as far up as to the place of suspension. Taking the example of a dog that had an amputation half way across the hind foot, then the cast would extend to just below the stifle joint. The cast would have the position of the hock joint marked as well as areas susceptible to pressure such as the end of the stump.

The cast would then be filled with Plaster of Paris making a positive mould and this mould will have plaster added and taken away from specific areas depending as to whether they were pressure tolerant or pressure intolerant. It is from this positive mould that a socket from polyester resin cotton and fabric with fibre glass reinforcement is made.

Once the socket is made then the extension section will be added so that the prosthetic leg is the same length as the anatomical leg. The hinges and suspending corset will then be added so that the prosthesis looks like the example given in figure 1. Figure 1: Hind limb prosthesis of a dog. Orthoses are made in a similar way whereby a “Plaster of Paris” cast is made over the affected leg and a mould taken from the cast. An orthoses may be made either from plastic or a polyester resin composite similar to that of the prosthesis. In this case the orthosis is for a dog with a ruptured Achilles tendon.

The animal could not fully extend its leg but the orthosis supported the leg such that it could walk on it albeit with a stooped gait. Figures 2a and 2b. hind limb orthoses for a dog. Dogs appear to adapt very quickly to their prosthesis/orthosis and in some cases they are mobilising reasonably well after only a few minutes. However, there ability to use such appliances depends very much on how well they fit, level of comfort and their alignment when walking.

It is these areas that require specialist attention, which is made more difficult because dogs are unable to communicate their problems as easily as humans. The most critical problems that can arise are that sections of the dog’s skin may be exposed to high pressures and rubbing of the device against the fur/skin. If such problems are not resolved during the fitting process then pressure sores and loss of fur may develop. However, if prostheses/orthoses are comfortable and correctly aligned, they can provide enhanced mobility for the patient.

The benefits to the owner are greater because their pet can move around without excessive effort. Case studies (1) Stella is a German Shepherd Dog with curvature of the spine, hydrocephalus and partial paralysis to the fore limb, figure 3a. The dropped paw could easily be damaged and was unstable during stance.

There is definitely a place for prosthetic and orthotic intervention in the treatment of pets. Prosthetic restoration can certainly provide improved mobility when compared to three legged gait. However, the care required by the owner when using a prosthesis/orthosis is continuous and the prosthesis/orthosis will need to be repaired and replaced incurring continuous expense. With amputation through the shoulder or the hip as is usually the case, the end result in most cases is a pet that can walk reasonably well yet the level of aftercare and expense is significantly reduced. Orthotic treatment opens up many new avenues other that used to restore functional positioning of a limb segment.

Orthoses can be used post surgically to rest the limb whilst it recovers as well as can be used for dogs, which are too old or infirm for surgery or the costs of surgery are too high. Such arguments for and against prosthetic and orthotic treatment for pets are best discussed with the veterinarian treating the pet for s/he will be able to provide the best advice for treatment and long term rehabilitation.

Is your dog facing the possibility of having one of his limbs amputated due to an accident or a disease? Such a surgery is not uncommon, especially when dog owners have pets that experience a terrible car accident or bone cancer, which typically calls for an amputation process. We call these amputated canines �tripods� which is a lovable description known throughout dog lovers for these animals that have to live with three limbs.

Should You Get Your Dog A Prosthetic?

If you feel upset and confused about making such a big decision for your dog, do not be worried. It is quite understandable to feel at a loss when facing a decision that will clearly change your dog's life forever. The good news is that he will be okay, the same as new, once the surgery is over.

The first thing you must decide on is whether to have your dog amputated at the leg, shoulder, or the hip. This of course depends on a few factors, such as the reason for the surgery or whether or not the dog will have a prosthetic limb mounted to replace the missing one.

If your dog has cancer which is cause for the amputation, it is typically best to remove the entire leg. However, if there is no medical reason for the surgery and you have a choice of leaving a stump, then this would be the ideal situation for a prosthetic. A stump will help the prosthetic to remain secured tightly.

Having a stump will make attaching the prosthetic replacement limb much easier. If the amputation is done below the knee, a prosthetic will allow your dog to have full function of the leg. The bottom of the stump must be healthy. The surgeon may even add a pad to the bottom or pull excess muscle from the bone to place at the end of the stump. This is for protection, as well as to further aid in the attachment of the prosthetic leg.

If your dog needs to have the leg completely amputated, as with many bone cancer cases, unfortunately there really is no proper way to have a prosthetic installed. And forced replacement would be extremely rigid and quite uncomfortable for your dog. The only option is to leave it alone and allow the animal to get used to life with three limbs, which all dogs can accomplish quite easily and without pain.