When Mumbai's residents discovered stray dogs were turning blue, they set out to find out why.

Activists filed a complaint with the Maharashtra Pollution Control Board (MPCB) and soon discovered that the reason for the dog's coat change is because a private company wasn't following protocol with waste disposal. Instead, they were releasing untreated industrial waste into the Kasadi river at Taloja, resulting in it discharging residual dye powder into the air and in the water, which was turning dogs in the area blue. 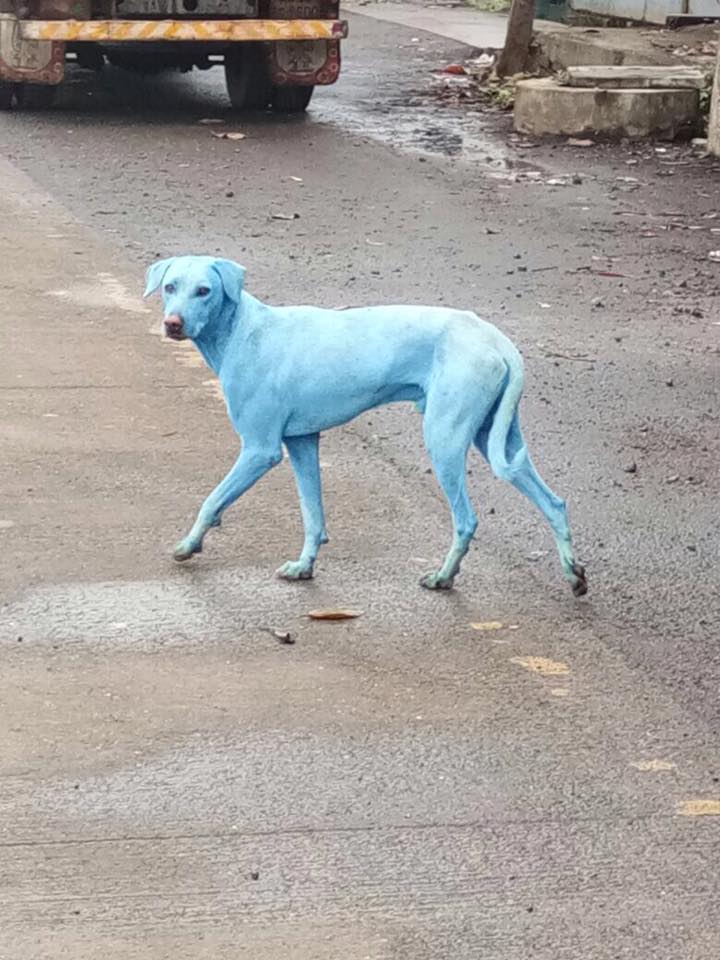 The dogs affected have been seen by a veterinarian. One dog was admitted for testing but found to be healthy, without infection and the blue dye was discovered to be soluble so could be washed off. 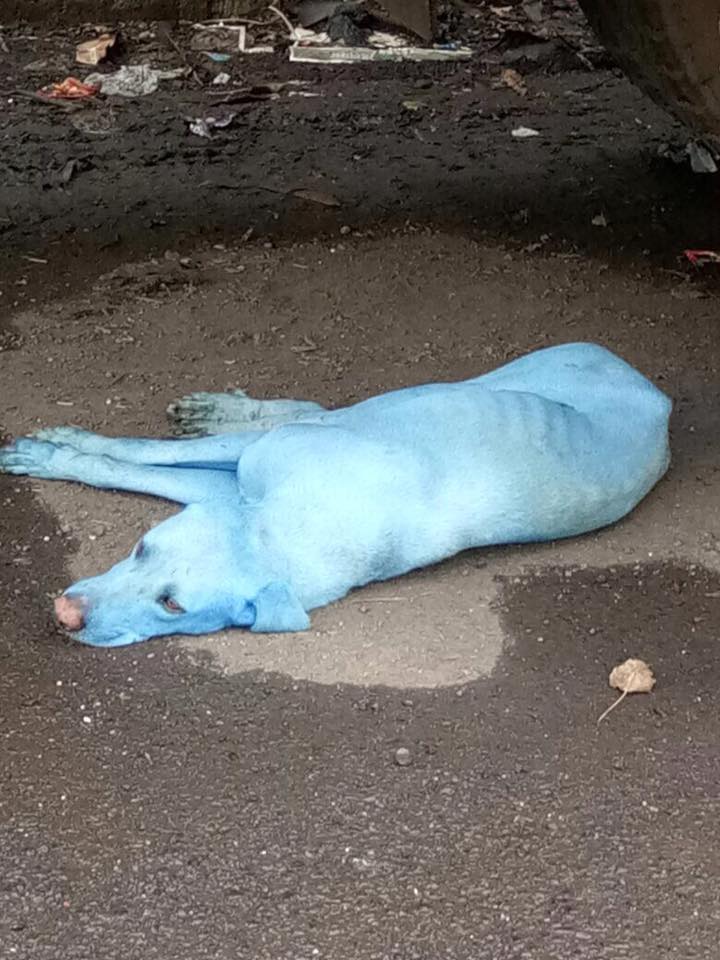 Speaking to the Hindustan Times, Arati Chauhan from Navi Mumbai Animal Protection cell who first shared the photos of the blue dogs two weeks ago said, “Shutting down one industry, as MPCB has done, only results in daily wage labourers losing their bread and butter. There are many other industries in the area that pose a threat to the flora, fauna and a threat of more such cases is a possibility. There is a need for pollution monitoring of all plants and development of adequate green cover around industrial sites.” 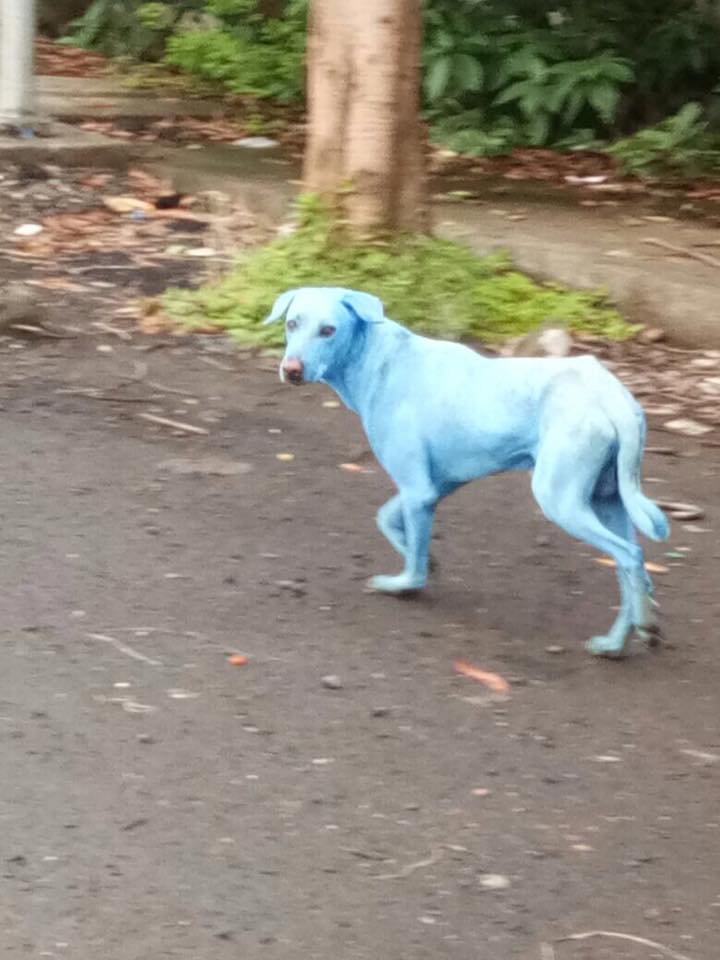 Concerns are still being raised about the pollution to the water and air in the local area for both its animal and human residents.