"The capability they (Military Working Dogs) bring to the fight cannot be replicated by man or machine. By all measures of performance their yield outperforms any asset we have in our inventory."- General David Petraeus.

Rrobiek, a 7-year-old Belgian Malinois, was born to be a hero. He was bred and trained to serve and protect the people he works with. Currently, those people are members of the Combined Joint Forces Land Component Command in Iraq, writes Sergeant Anna Pongo.

Rrobiek is a patrol and explosive detector dog and he, along with his handler, U.S. Army Staff Sergeant Charles Ogin, 3rd Infantry Regiment, work hard to ensure the safety of everyone inside the entry-point gate at Union III in Baghdad. 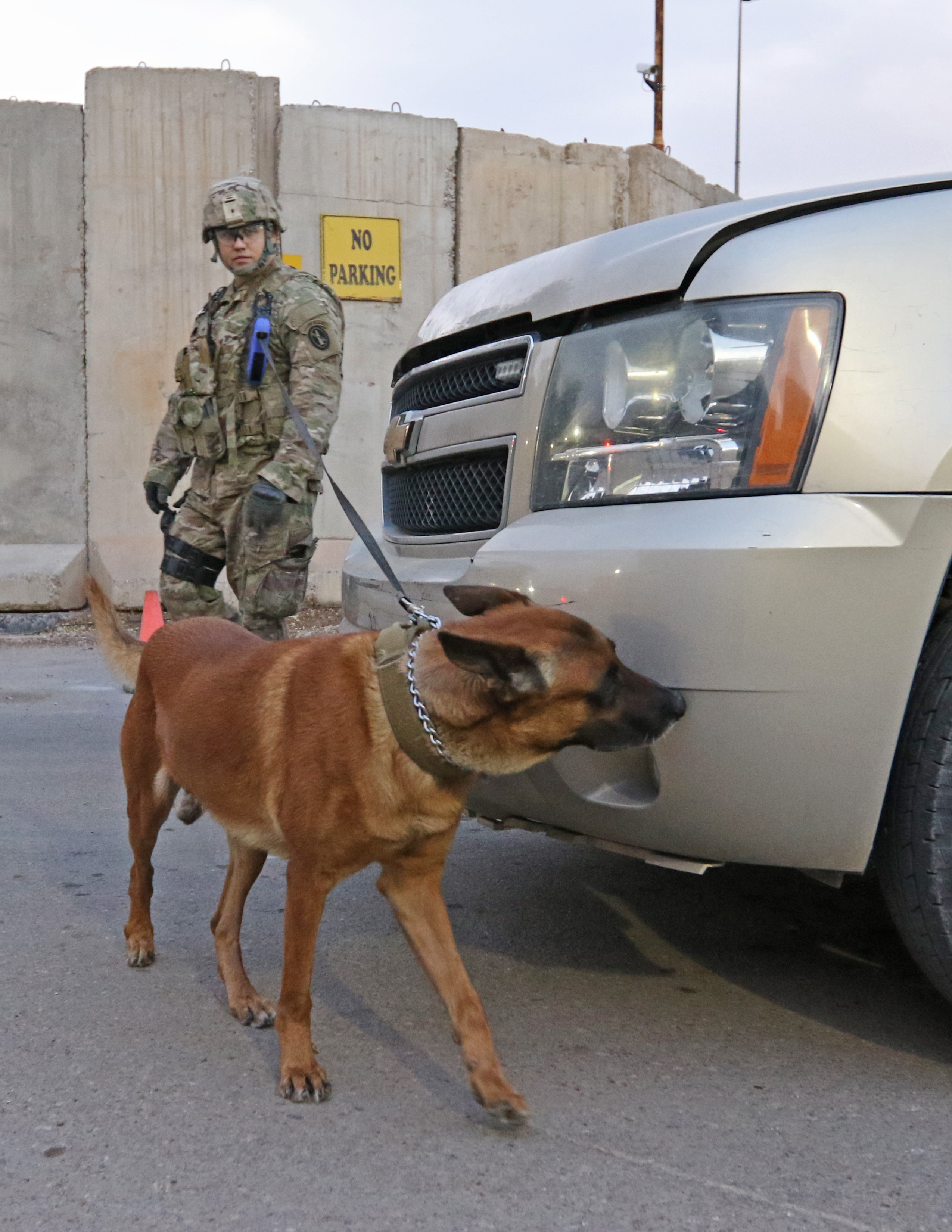 They also do other behind-the-scenes work to keep Union III safe.

U.S. Army Staff Sergeant Charles Ogin tells K9 Magazine he knew for sure he wanted to be a dog handler during his deployment to Forward Operating Base (FOB) Hunter, Iraq in 2009. He says, "It was the first time they ever had a canine unit attached to their unit. They were essentially the rock stars of the MP (Military Police) world in my eyes."

He was paired with Rrobiek in 2014 after the Belgian Malinois' last deployment to Afghanistan. 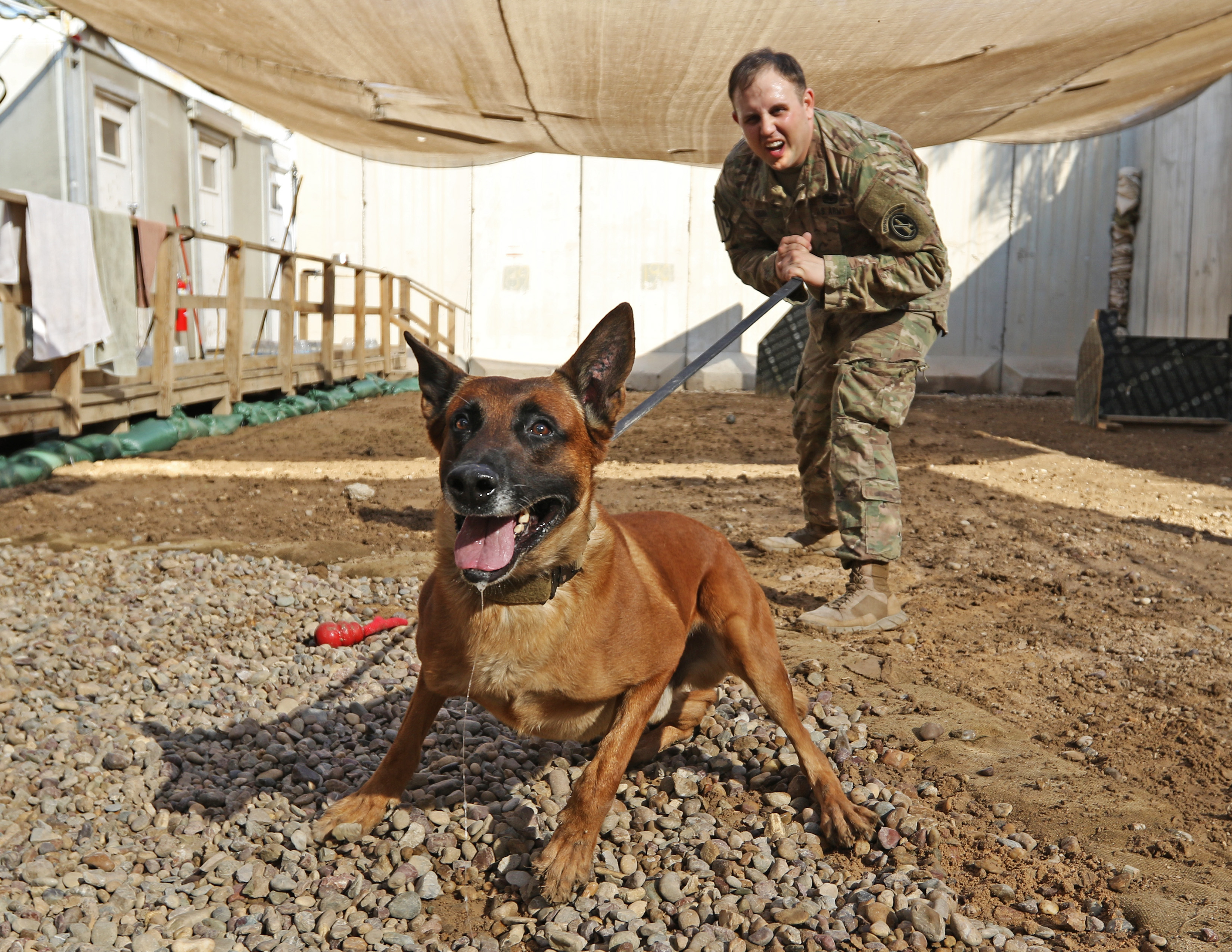 "At first it was a bit of a rough relationship because it’s two different conflicting personalities," Ogin said. "But we started meshing, and now I wouldn’t have it any other way. He’s a great partner."

While on a temporary duty trip to Kenya in 2015, the duo began to bond as they lived together for the first time. This opportunity brought the two together to form the connection they needed to become the partners they are today.

Rrobiek was born on June 1, 2010, at Lackland Air Force Base, Texas. Military Working Dogs (MWDs) are either procured or bred specifically for their job. After he was born, Rrobiek lived in a foster home until he was old enough to go back to Lackland for training. 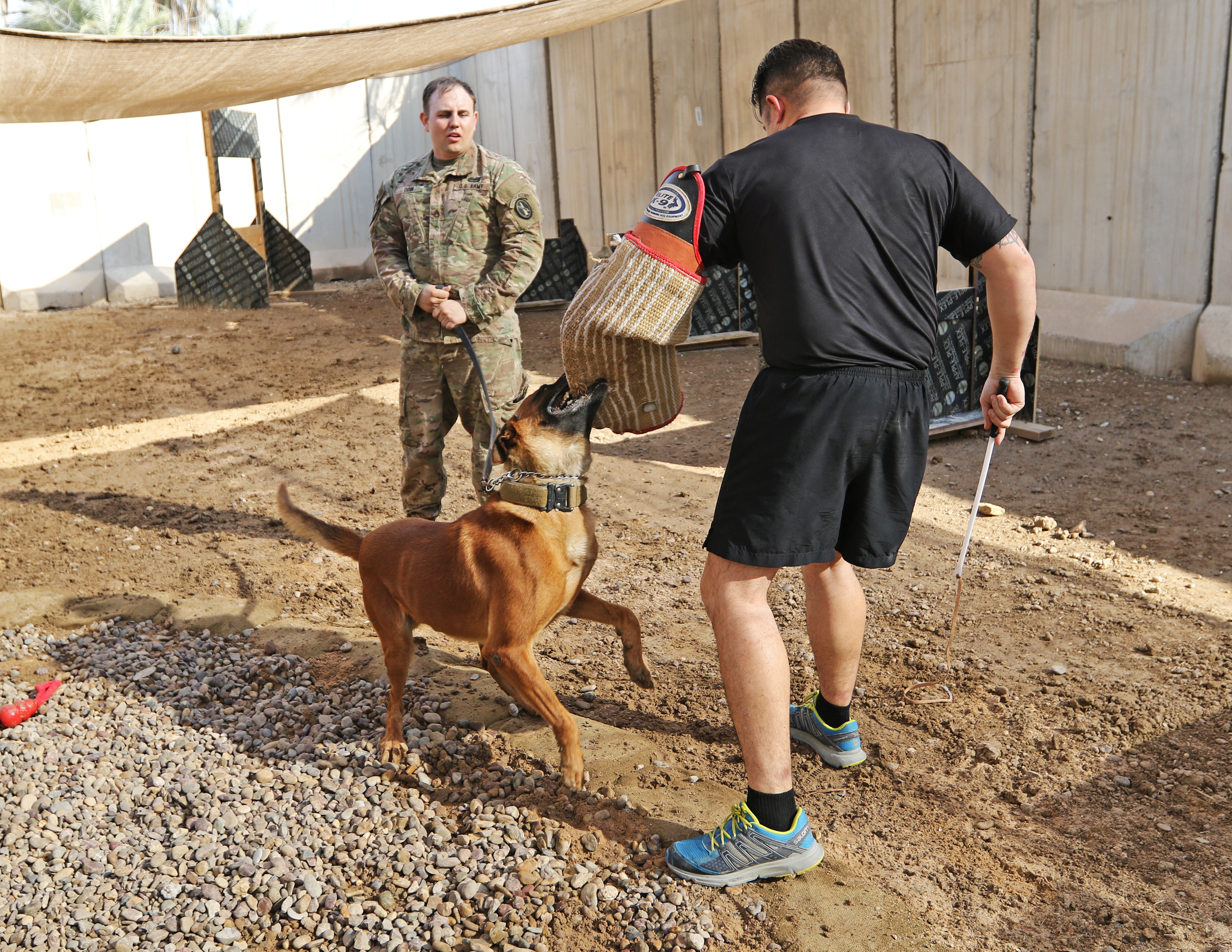 Through his basic training, Rrobiek learned obedience, patrol and detection. He became an adept asset to his Soldier counterparts.

"He’s a piece of equipment in the Army’s eyes, but he has his own personality, his own quirks," Ogin said. "He’s very set in his ways, kind of like a person."

The relationship that the 72-pound canine and his handler have is mutually necessary. 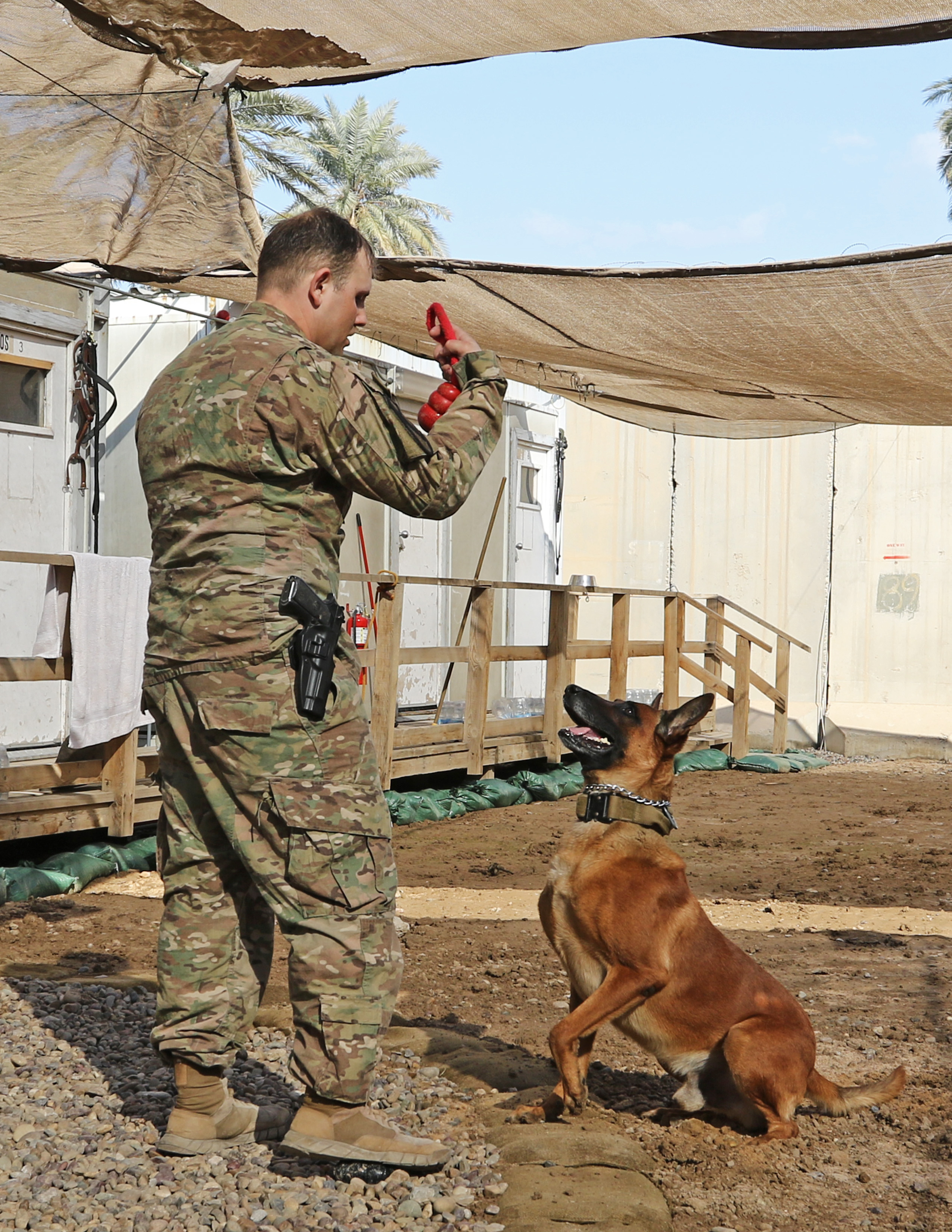 This partnership enables the two of them to protect their fellow service members and also each other.

"I have a dog that’s loyal," Ogin said. "He’s willing to work until he dies and he’s willing to defend me. I can’t say that about every Soldier… but that dog will defend me until I die." 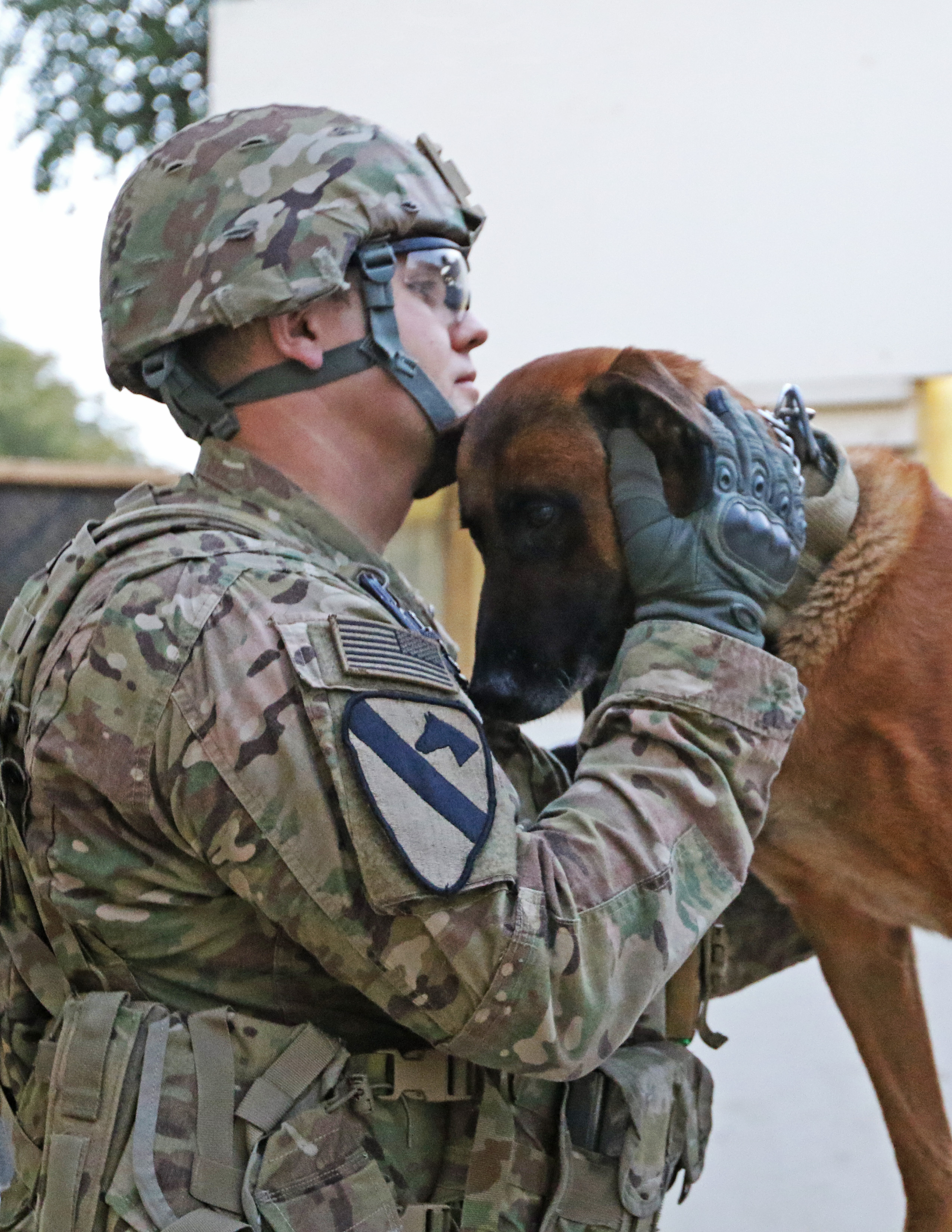 Once Ogin goes back to his home station he will no longer be a canine handler and Rrobiek will be paired with another handler.

Much like touring rock stars who perform night after night on stage, he'll give his all to his next handler and front man giving his all and displaying loyalty and bravery as only a dog can.