We all know what a massive support our dogs give us and for the members of Team GB it is no different. And so to celebrate the success Team GB is having at the Rio Paralympic Games we wanted to look at the teams behind the stars, in particular the four-legged team members cheering (barking) their owners to medal, personal best and British record successes at what looks set to be Great Britain's most successful Paralympic Games in 28 years, surpassing what was an amazing London 2012 home games.

Here are just a few of the canine stars of Team GB cheering their owners on from the sidelines.

Jonnie won Gold at London 2012 in the T44 men's 100 metres event and successfully defended the title winning Gold again in Rio smashing his previous time to take the top position on the podium. 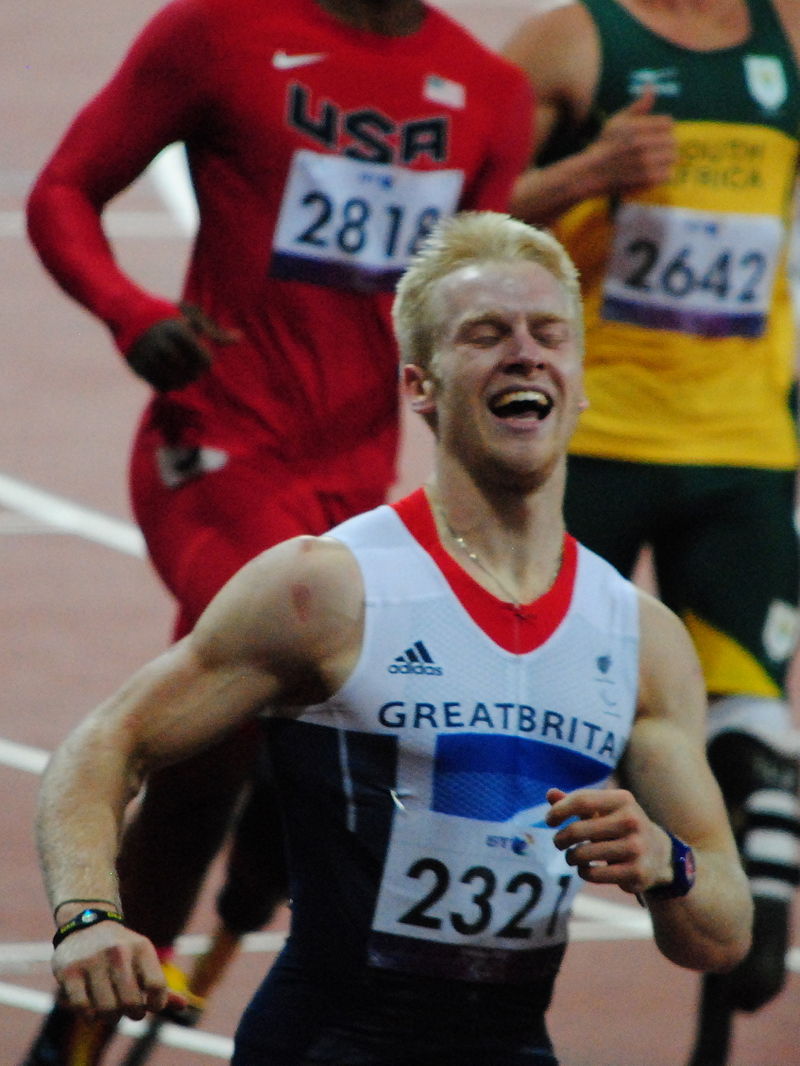 An inspiration to many, including footballing hero David Beckham, Jonnie is a self-professed dog person.

Its a hard life! #cuddles pic.twitter.com/htO67RShdW

His dog, Luna, is a regular on his social media with Jonnie happy to share the spotlight with his French Bulldog.

In Crystal's own words she's a 2012 & 2016 Paralympian currently riding a bike as fast as she can in circles and boy does she do it well. Crystal takes home the Silver medal from Rio's velodrome after coming second in the women's individual pursuit C5.

While she's away from home in Rio her black Pug, Reggie, has been enjoying a holiday, but we're certain he's been keeping tabs on his owner from afar.

Harriet is a British Para-Swimmer who had a tough build up to London's 2012 Games after she was in intensive care only a matter of weeks before the event. A testament to her willpower, she achieved a Bronze medal four years ago and went into Rio's Games in good form.

Having won a Silver medal in her first event, the 100m Breaststroke SB9, the Rio Paralympic Games got off to a great start for the British Swimmer. This was quickly followed by a personal best and British record swim in her second event, 200m Individual Medley SM10. After both events Harriet has praised Team Lee and the support from everyone behind the scenes, her family, fiance Laurie and her dogs.

We were lucky enough to meet Harriet and her boys, Baya Bear, a Labradoodle, and Bow, a Puggle, earlier this Summer where she told us all about the build up to the games and how preparing the best way she could meant leaving home to train in Manchester.

Read her interview with K9 Magazine in full here

Libby is a Scottish Paralympic sprinter who has competed in the 100m and 200m T11 events at the Rio Games after being T11 reclassified from the T12 category due to her deteriorating eye condition, which meant she was required to wear a blindfold while racing.

Alongside her guide, Chris Clarke, Libby has won two Gold medals at this games, although favours the second for the 200m T11 event after being quoted on the BBC website saying "her 100m experience was horrible". She was originally disqualified because her guide, Chris, was deemed to have pulled her along in the race but the British team appealed the decision and Libby was reinstated for the final which saw her take the Gold.

Her black Labrador, Hatti is a huge part of Libby's life and you can see the bond the pair have across her social media accounts.

Ollie is a European, World, Commonwealth & Paralympic champion swimmer and is one of the world's few athletes to hold all records at the same time. 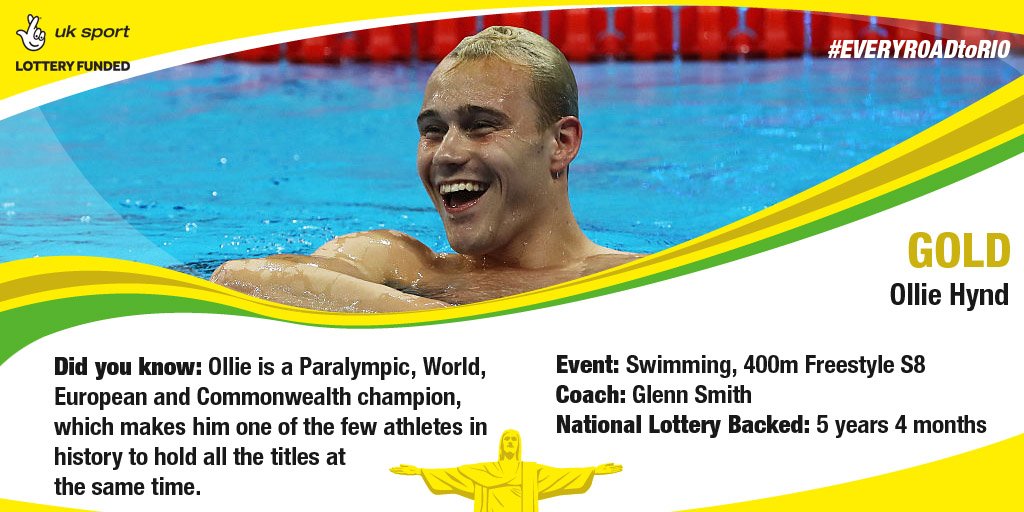 He was one of the first stars of the 2016 GB team to take gold in Rio in the 100m freestyle S8 event making a new World Record at the same time and has since also won Silver in the 100m backstroke event, where he also set a personal best.

His family dog, Milo, a black Labrador shows his support on the Team Hynd social media account, which is run by Ollie's mum, Helen and shows support to her two Paralympic champion sons, Ollie and Sam, who retired in 2014.

Emma has won five Para-canoeing world titles across the K1 and Va'a boats in recent years and has now clinched Gold in Rio as the Paracanoe event made it's debut at the Paralympic Games. 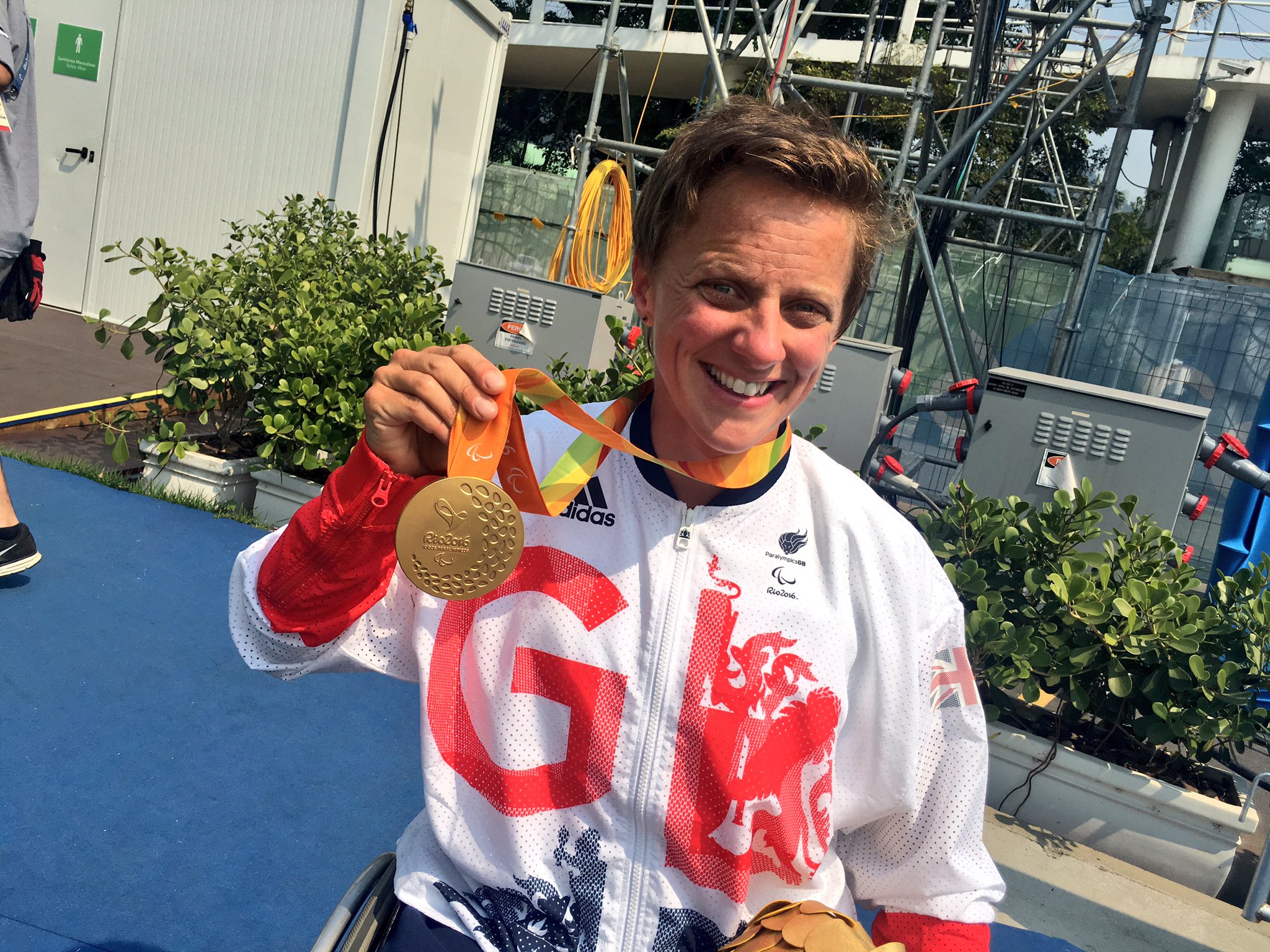 Congratulations to every member of Team GB on all of your successes and personal triumphs! We wish the rest of Team GB a great games for the final events.