My two Cocker Spaniels are rather lucky pooches. Being a travel writer, they’ve been lucky enough to accompany me to some of the most incredible hotels in the world. When we stayed at the exclusive Merrion Hotel in Dublin, we were informed that Barack Obama had been the last person to stay in our suite during a presidential visit to Ireland as our eldest Diggerley pushed past the porter and swanned in like he owned the joint!

And at Ashford Castle in County Mayo - voted one of the best hotels in the world - Diggerley ran into our huge suite, flinging himself on the bed. We were politely informed that Brad Pitt was the last person in that bed while he was filming in the county, and Pierce Brosnan stayed in the same room just before him, writes Lisa Byrne.

However, Hollywood and its stars has no pull for our dogs, they prefer their home comforts of food, walks, sleep, and lots of cuddles. And fed up with the trauma of travelling - with constant airline strikes, flight delays and motorway jams - this summer we opted for a staycation.

Plus, as our dogs have got older it’s become rather heart wrenching to leave them and go abroad. So the Byrne clan consisting of myself, husband Davey, daughter Brontë and two naughty Spaniels Diggerley and Merlin, decided to holiday on the moors, just over an hour from our home in York.

The North Yorkshire Moors is renowned for its breathtaking bleak countryside and charming villages, but there’s something truly uniquely enchanting about the village of Lastingham, which lies on the southern fringes of the moors.

Situated one mile east of Hutton-le-Hole, the view is spectacular as you drive into a valley and suddenly spot Lastingham - which looks the epitome of a charming, chocolate box village. Driving at a snail’s pace (there are sheep rambling all over the place), into the village centre we found The Green - booked through Sykes Holiday Cottages - our beautiful stone-built, detached home for the week. 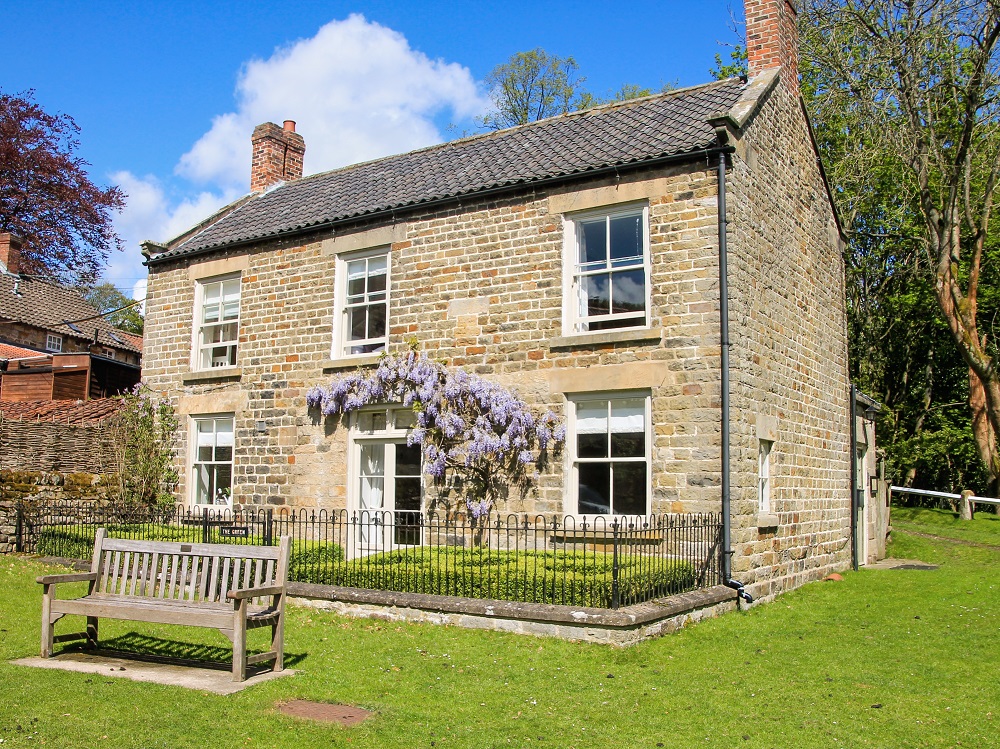 The three-bedroom cottage, smothered in fragrant wisteria, has a large sitting room with a warming woodburning stove and cosy sofas. There’s also a dining area, perfect for huge dinners with family and friends, as well as a kitchen with all modern utensils. 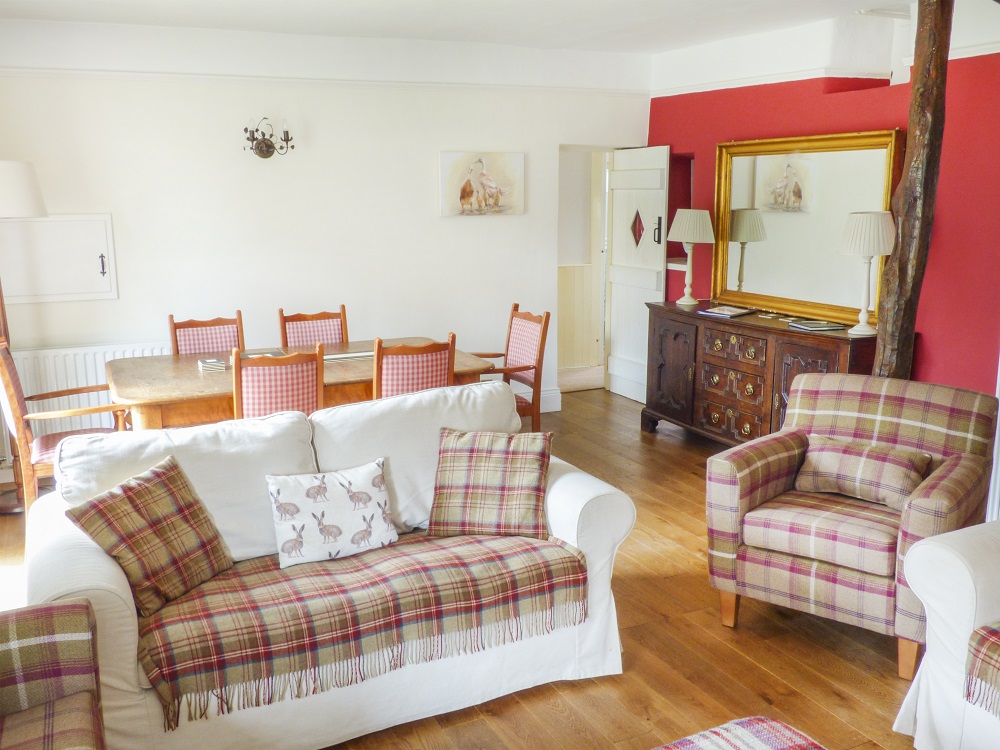 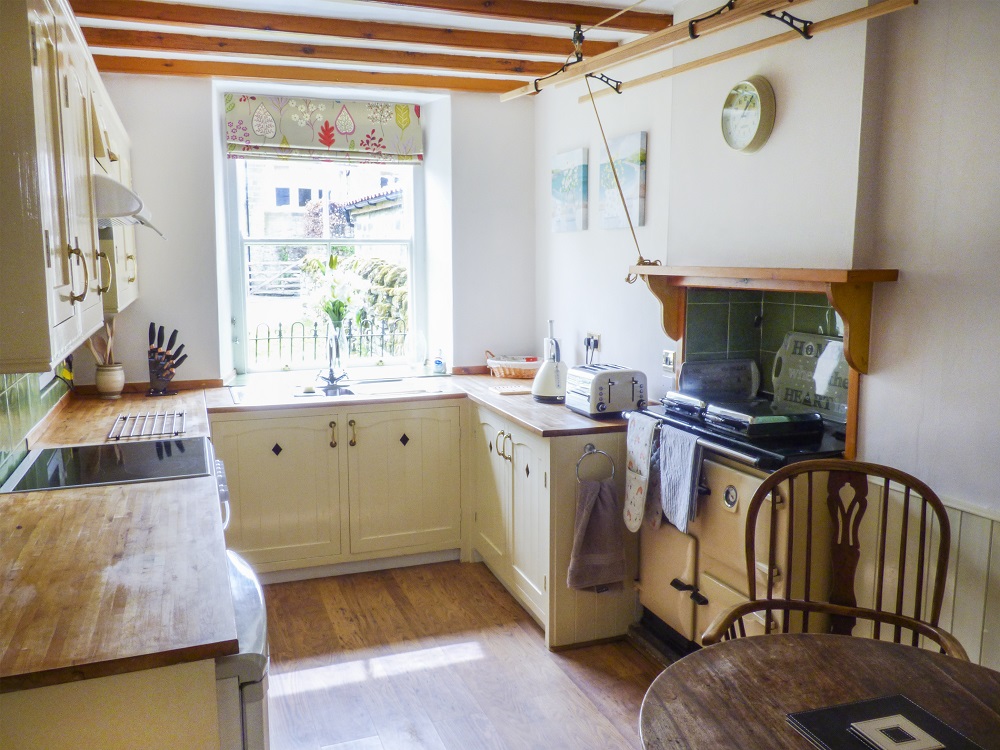 Upstairs has three large bedrooms with fireplaces and breathtaking views of the area. 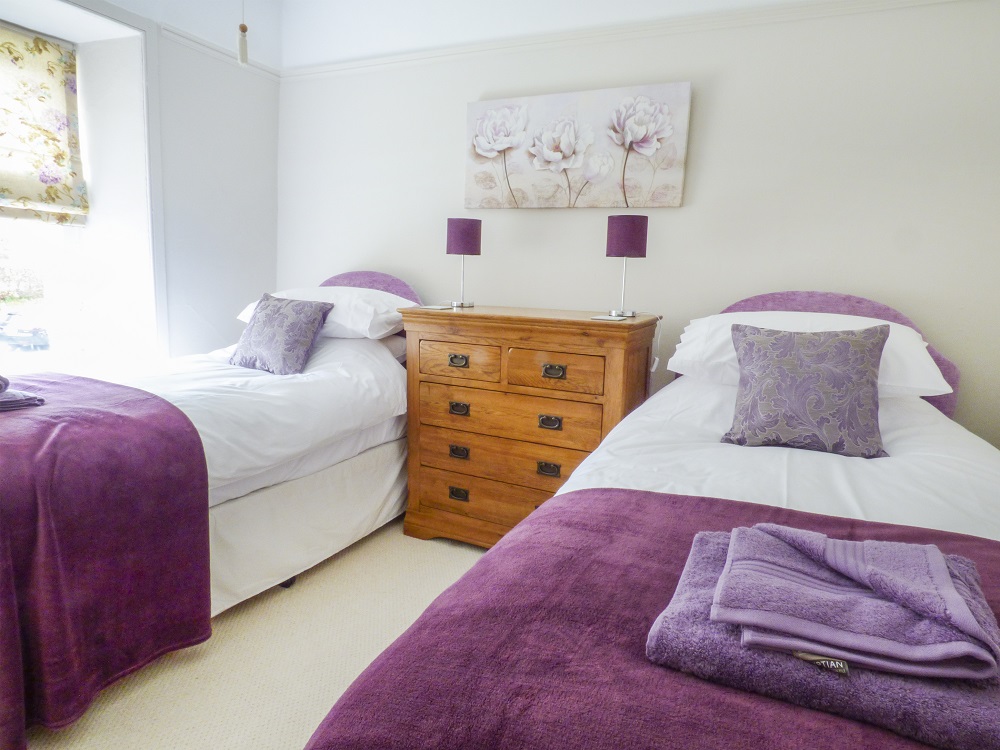 But one of our favourite spots was the charming enclosed garden, where we sat for hours with the dogs, doing the crossword or arguing over Trivial Pursuit while sipping wine as we barbecued steak. 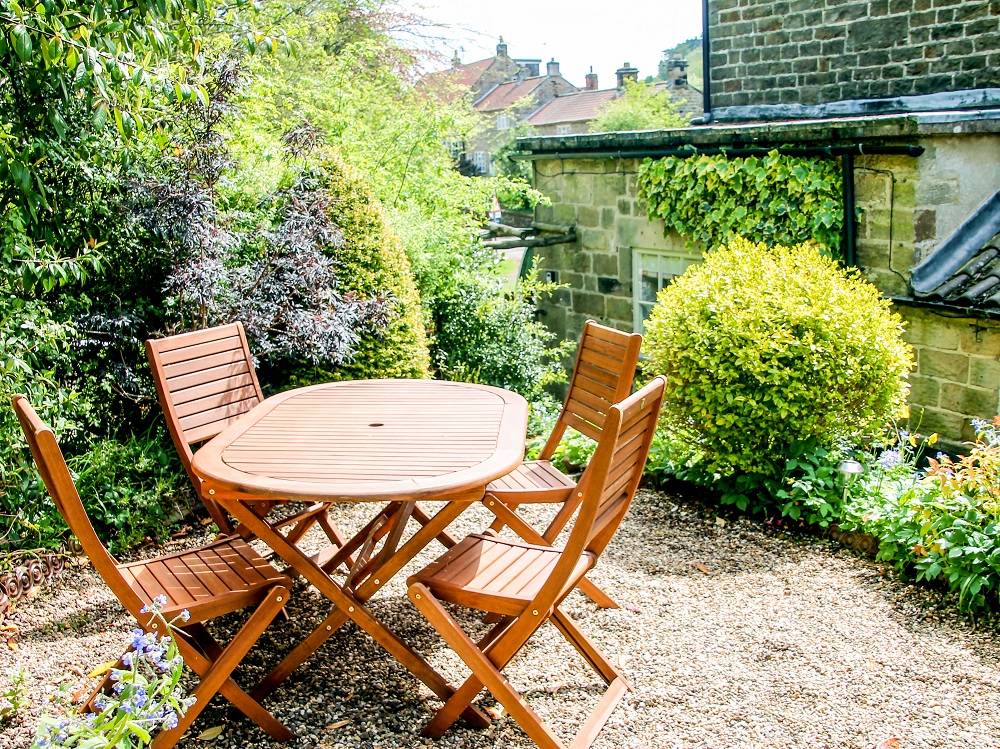 Another huge plus of The Green is that it’s only a five-minute walk to the moors. It was such a joy that after a short stroll up the hill we stumbled upon a magical expanse of desolate moorland. You can keep your meditation and mindfulness as what could be more calming than a leisurely ramble across this sacred land with your dogs?

And another bonus is that we couldn’t get any phone connection. One of my biggest bugbears is people living their lives through their screens, so it’s such a joy to switch off and go somewhere with zero mobile coverage, you quickly start to really live in the moment and forget the banalities of modern life such as Twitter and Brexit.

In the evenings, if the cook (Davey) was allowed a night off, we took a short ramble to the local gastropub, The Blacksmith Arms. This proved to be a godsend as not only was the food utterly divine, we were also warmly welcomed by the locals and owners Hils and Pete, who regaled with lots of stories and gossip about Lastingham life. The 17th-century hostelry served some of the best food we’ve ever had in Yorkshire. I’d highly recommend the seafood medley with smoked salmon, prawns, and delicious oak-smoked trout served with a horseradish mayo dip as a starter.

For a main, we became addicted to the homemade steak and ale pie, with huge chunks of beef slow-cooked in real ale gravy encased in homemade shortcrust pastry. The only negative point was dogs are only allowed in the outside seating area because the pub has cats. Prompting Diggerley and Merlin to descend into enormous sulks, as their frenzied snouts sniffed the delicious smells emanating from the kitchen.

Any visitor to Lastingham must see the historic St Mary’s Church, as apart from the church being absolutely beautiful, it’s particularly famous for its unique crypt built on the site of a monastery in AD 654, where St Cedd is said to be buried. 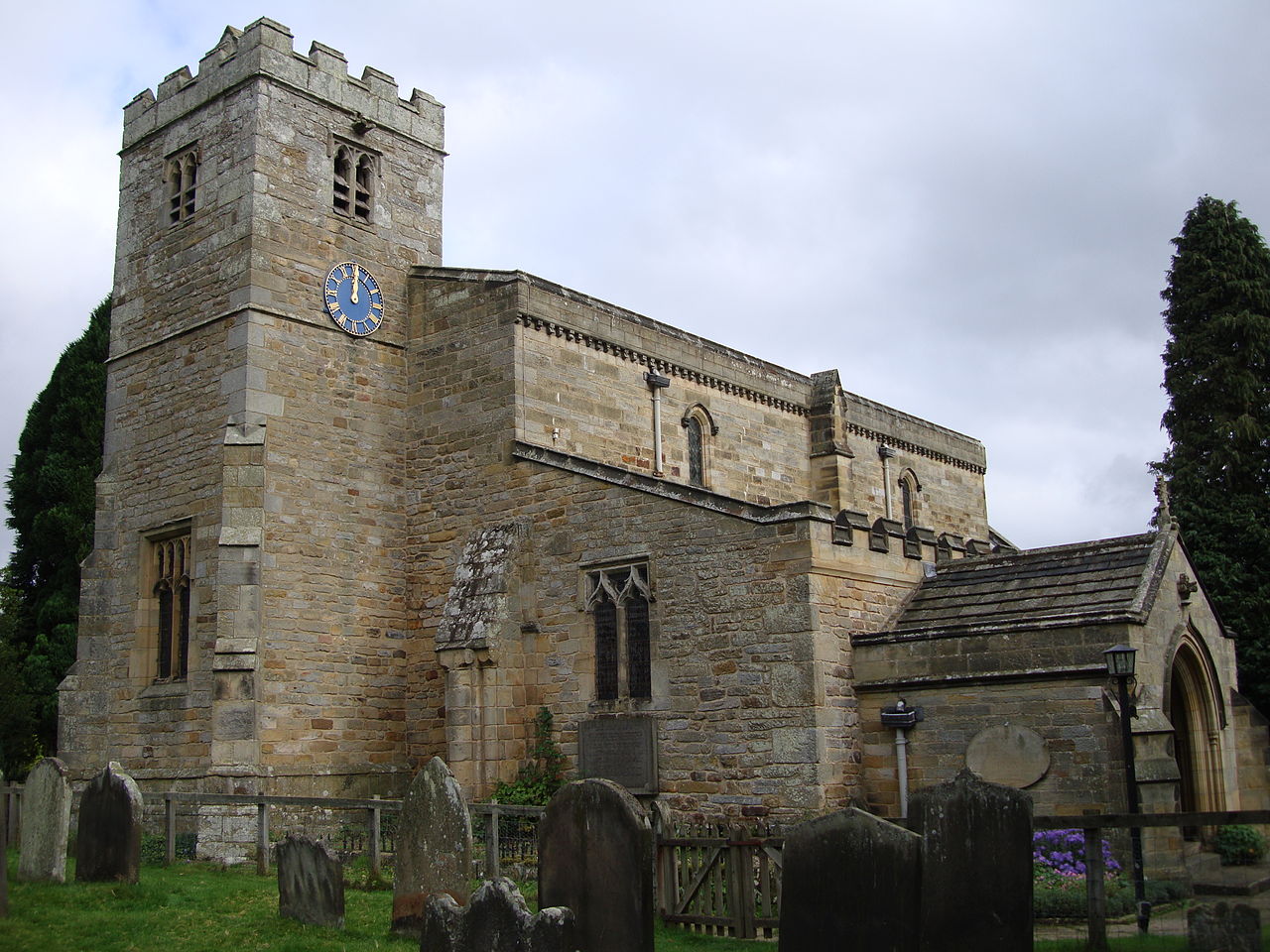 St Mary’s has a team of locals who offer a very informative guided tour, but I would also highly recommend attending the service held in the crypt on Wednesday mornings. I’m not exaggerating when I say it felt like being transported back to the Middle Ages to have mass said in this hallowed place - a truly intensely spiritual experience. 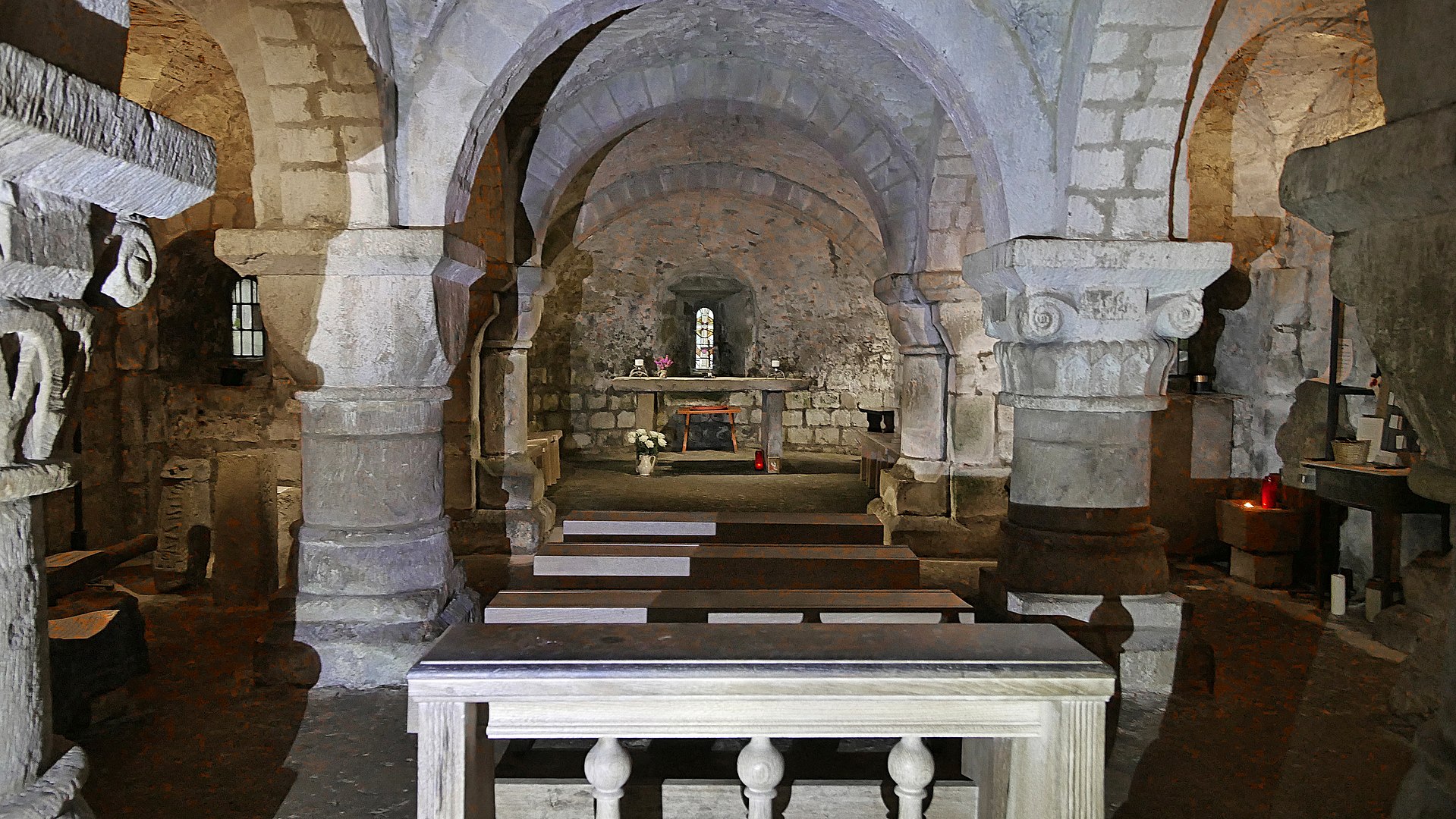 If you do wish to leave Lastingham, though, in all honesty, I could have easily spent a week solely in the village, then you should visit the fascinating Ryedale Folk Museum in Hutton-le-Hole. Within the six-acre site are twenty historic buildings showing how people lived in the past. It’s like stepping back in time as you wander in and out of the cottages, taking you on a journey from an Iron Age Roundhouse to a 1950s house.

The village is also not too far from Castle Howard where you can bring your dogs for walks around the picturesque grounds. Our lucky pooches were spoilt with free bones in the Farm Shop and there’s a host of gifts, treats and equipment for pets in the Garden Centre.

Though if you’re a railway buff it’s a must to jump on the North Yorkshire Moors Railway at Pickering to head to Whitby, where you can feast on world-class fish and chips. Though for the Byrnes there was no better place than our beautiful home for the week. The Green is equally as enchanting as this incredible village.

For more information on The Green, Lastingham please contact Sykes Holiday Cottages on www.sykescottages.co.uk or call 01244 356666.