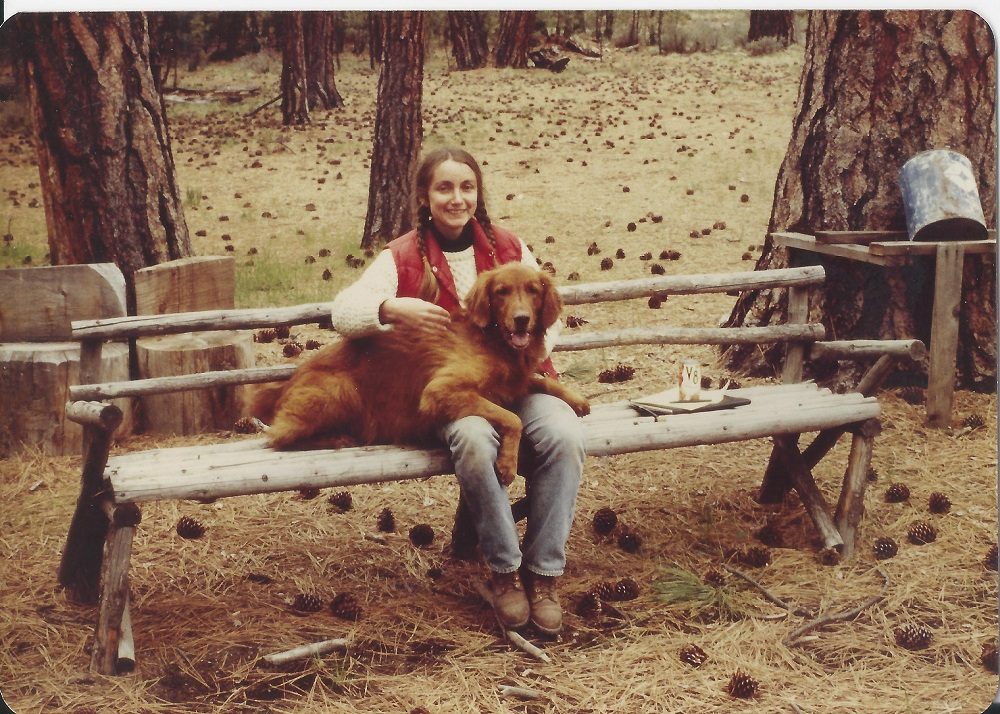 Have you ever noticed how often dogs appear in your favourite stories? We have. In movies and TV shows there’s an unwritten rule that if you want a character to be liked or loathed, put a dog in their way and see what happens. For better or worse, how they act towards the dog can completely change an audience’s opinion.

Think about it for a moment. The HBO show ‘The Sopranos’ was a show with a mob family at the heart of the storyline. Think how you might have felt if mob boss Tony Soprano, who undoubtedly did morally reprehensible things and yet was admired – maybe even loved - by fans of the show, had been filmed on screen lashing out a dog on the TV show. Would people have felt differently about him? We have no doubt they would, based on the unwritten rule of Hollywood’s screenwriters.

But considering how often dogs appear in novels we wondered if there was a similar unwritten rule in all forms of storytelling.

To satisfy our curiosity, we took the opportunity to ask author Jacqueline Sheehan whose most recent novel to be released in the UK, ‘A Dog like Lloyd’ has a black Labrador with a starring role.

Every time I attend a book club or read at a bookstore I am asked “Why do you include dogs in all of your books?”. In fact, I didn’t include animals in my novels until my second book, 'Lost & Found' (published as 'A Dog like Lloyd in the UK') when a black Labrador with a heroic personality walked onto the stage of my story. But I should have known that sooner or later dogs would work their way into my fiction, just as they had worked their way into my life, and always at the right moment.

I was the youngest of five kids with an eight-year gap between me and the next youngest. My parents wisely got a Boxer puppy, Major, right as I came along and he and I became more like siblings. He never left my side, no matter how far I wandered. When I was seven, I was bereft when my mother gave away several kittens to ease our bulging animal population. I decided to lodge my rebellion by running away from home.

Jacqueline, pictured above with Major

I packed up a flashlight and a stack of comic books, waited until dark and then walked to a field that had just been mowed and baled. Major was by my side. I built a small cave from the hay bales and Major snuggled to my side. I clicked on the flashlight and started to read my comics. Instead of reading, I wept about the kittens. Major completely accepted the situation: that I was sad, that we might need to sleep all night in the field, and that I was his and he was mine.

When I was cried out, we went back home and to my amazement, no one knew we had even left the house. My parents and siblings sat in the blue glow of the television. But Major and I had each other and we shared the secret about my grief. He taught me about loyalty and acceptance.

I have had the same experience with other great dogs. Poncho was my brilliant, funny, loving Golden Retriever who came to work with me when I directed a group of high school kids in a travelling puppet show in Oregon, went camping with me in wilderness areas and welcomed the birth of my daughter as a new member of our pack. He softened my brittle edges and taught me about true kindness.

Jacqueline, pictured above with Poncho

When I became a psychologist, I often asked my clients, “Do you have a dog or cat?” because I knew that if they had a beloved pet, their chances for working through their troubles, no matter what they were, were improved just by the steady presence of a dog or a cat. Someone loved them and they knew how to love back.

So it was completely natural for me to include dogs in my fiction. They can often hold an emotion that a character is too traumatized to express. Their emotions are rarely as knotted up as human emotions. If a dog is glad to see you, they don’t express it halfway. There is no self-consciousness about their affection, their fear, or their joy. There is an overriding clarity to their emotions that for a writer, is pure gold.

Jacqueline, pictured above with Captain

Of my six novels, four of them have featured dogs as characters. In 'A Dog like Lloyd', the imagined interior life of a dog is fully explored, even right down to his dream life. Readers have written to me and said, “We want a dog like Lloyd. You have changed my mind about getting a dog for our family.” I love hearing from readers, but this note warmed my heart like no others. That my fiction could influence a family to welcome a dog meant everything to me. Including animals in my fiction is as natural as including humans.

K9 Magazine review: A Dog Like Lloyd is a book which will speak to many, but particularly anyone who has ever loved a dog.

It’s heartfelt and well written and the message of hope a dog can bring to someone, the change a dog can make simply by being there, is one dog owners will truly understand.

In fact, actress Katherine Heigl sums up our thoughts exactly: ‘I love the story so much ... it spoke to me’.

Jacqueline Sheehan, Ph.D., is a fiction writer and essayist. She’s a New Englander through and through, but spent twenty years living in the western states doing a variety of things, including house painting, freelance photography, newspaper writing and directing a traveling troupe of high school puppeteers.

Jacqueline teaches workshops on writing and the combination of yoga and writing.