Inflammatory bowel disease in dogs (canine IBD) is a condition that affects dogs by causing difficulty in the walls of the small or large intestine and changes in the structure of the intestines.

The cause of this is unknown and there is no cure. Do not despair.

Just because a condition may not be curable (known as a chronic disease), that doesn't mean it can't be treated, managed and brought under control to the point where your dog can enjoy a normal, active life.

There are different types of IBD such as Crohn's disease, ulcerative colitis and microscopic colitis.

Dogs with diagnosed IBD are often able to live a fairly normal life, but certain chronic inflammatory bowel disease can be life-threatening if the dog does not receive the correct treatment. 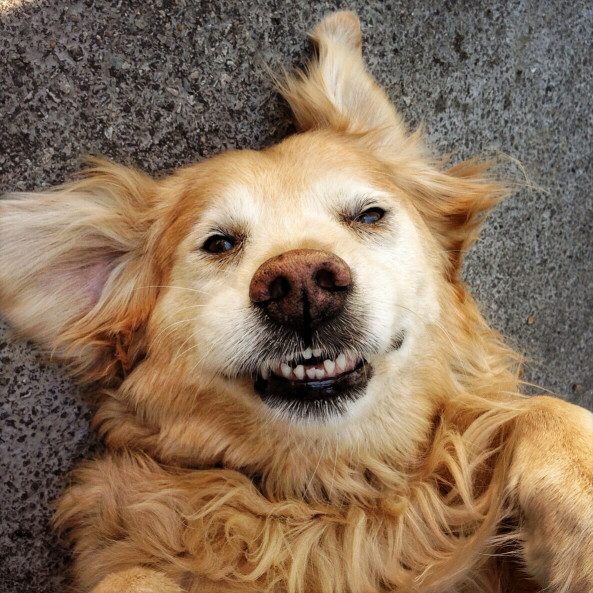 Many different medications can be used to treat these types of IBD, but only 1 in 3 of the drugs that are initially prescribed will be suitable for the dog.

Inflammatory bowel disease (IBD) is a condition that causes intestinal inflammation or irritation and this inflammation is directly responsible for causing the symptoms. There is no way to stop the process that causes this, it is simply a result of an autoimmune disorder.

This means that the immune system attacks the lining of the gut and this leads to the parts of the intestine getting inflamed and damaged.

Symptoms of IBD in dogs

The clinical signs of IBD include Diarrhoea and/or blood in the stool, fatigue, loss of appetite, muscle weakness, severe depression. In severe cases, cats and dogs may experience weight loss and there is a risk of severe malnutrition if the condition is not treated.

The severity of clinical signs and treatment will depend on the dog's overall condition and stage of the disease. 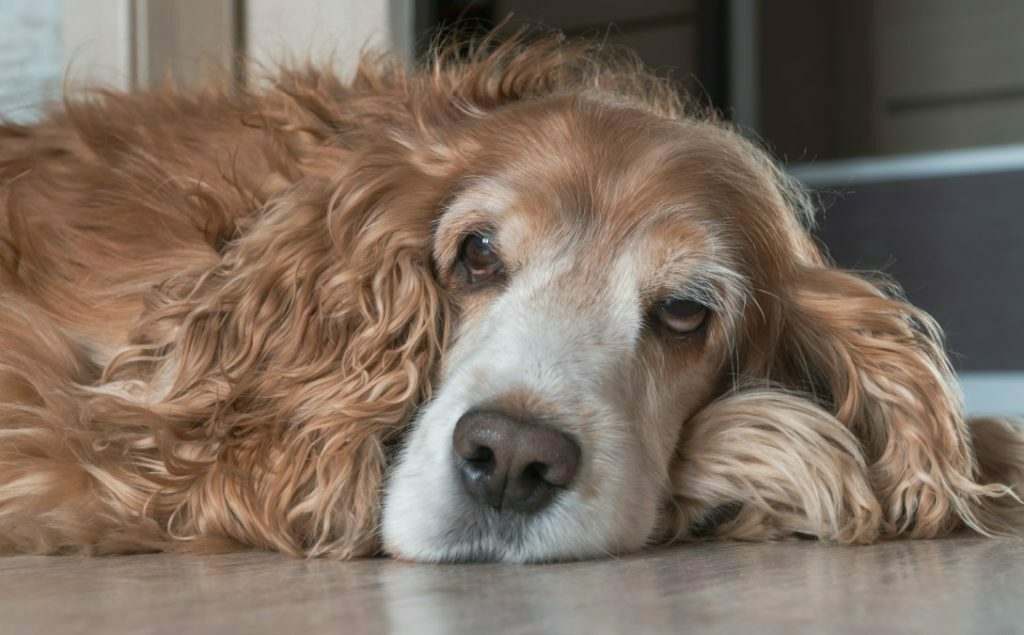 Warning signs of IBD in dogs

If you notice weight loss in your dog, this is always a signal that should be investigated by a vet. Weight loss in itself doesn't always mean the worst, but it's one of the earliest clinical signs of many different conditions that are best tackled early.

Persistent diarrhoea falls under the same category. Swapping foods can cause temporary diarrhoea and upset stomach, but if your dog has been eating the same foods for weeks and develops loose stools that won't seem to go away after a few days, it's time to ask the vet to investigate.

Similarly to weight loss and diarrhoea, a dog who is normally a good or voracious eater who suddenly exhibits poor appetite should be examined by a vet at the earliest opportunity.

These early clinical signs give dog owners an opportunity to get on top of things sooner. Much better for the dog to be treated early than allow them to go several weeks showing no signs of improvement.

Diagnosis procedures for IBD in dogs 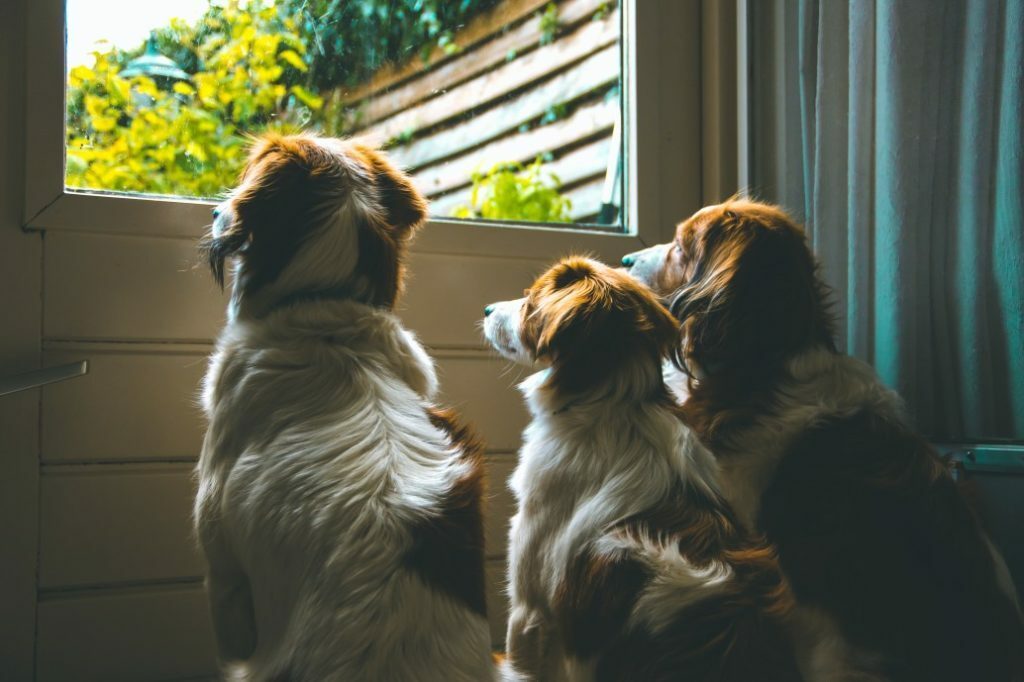 The sample that is taken is then stained and examined under the microscope to determine what the disease is affecting.

Treatments for IBD in dogs

Treatment plans for IBD in dogs are similar to those for humans, although they are not as extensive or flexible.

A dog's individual response to treatment will very much depend on a multitude of factors and sometimes it takes a little tweaking to their treatment/medicine before things show signs of settling down.

Inflammatory diseases can be complicated to get on top of and require some experimentation to find the best treatment plans.

The treatment for IBD in dogs has not changed much since the disease was first identified and treated. The main form of treatment is a mixture of medication that is given daily.

The treatment is usually aimed at reducing symptoms, improving bowel habits, and slowing the rate of growth of the problem.

Some dogs respond well to treatment and go into remission, while others do not and it can take years before they are completely cured. 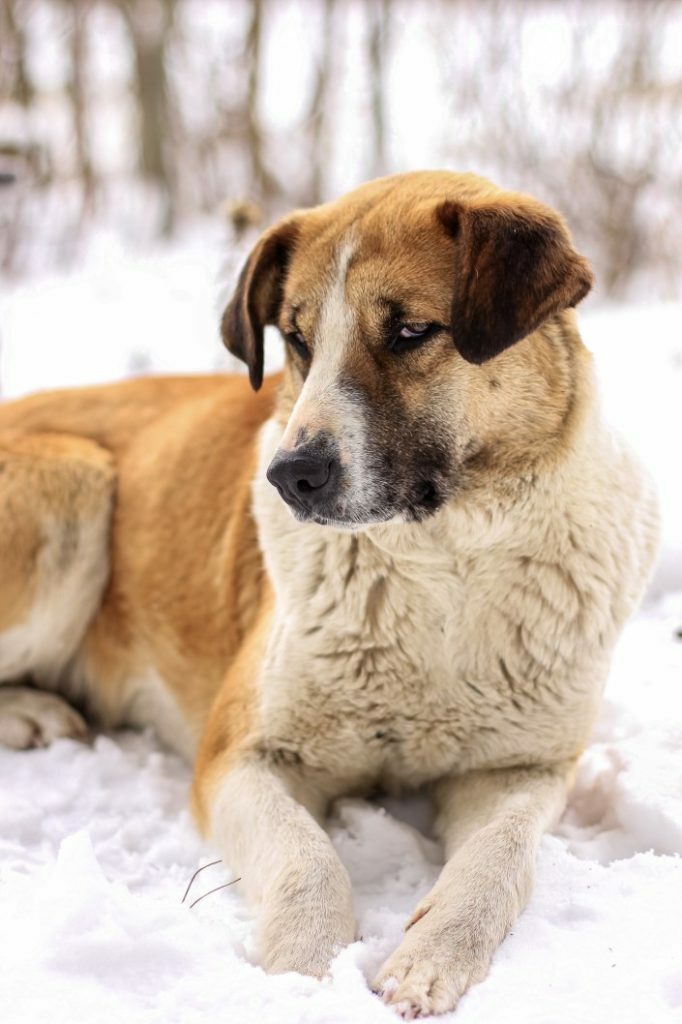 It is important to note that dogs cannot get this condition from eating raw meat, fish or fresh vegetables.

The majority of dogs diagnosed with IBD are dogs that eat kibble or treats, especially those that have spent their entire lives on a farm or in a kennel.

Diet for dogs with IBD

The best diets for reducing the symptoms of IBD in dogs can span the range including foods that are high in fibre, foods that are low in fibre, bland food (such as rice), foods rich in minerals, antioxidants and proteins

For a dog exhibiting diarrhoea, many dog nutritionists recommend they should get a grain-free, high-fibre diet, along with food high in antioxidants, essential fatty acids, and sometimes probiotics.

After they have improved their digestive system, they can return to eating a diet that your vet recommends as best for keeping their IBD symptoms under control.

What is the best diet for inflammatory bowel disease in dogs?

There simply isn't one right answer here. As is characteristic of IBD in dogs, a tailored solution in consultation with your vet / canine nutrition expert will be recommended based on multiple factors relevant to your dog's specific IBD symptoms.

What Should I Feed My Dog With IBD?

Using lab results from blood work, faecal examination, and intestinal biopsy, your vet will make a diet recommendation. This may include:

To consider your efforts a true “food trial,” you should commit to a regimen for 6 to 12 weeks. If you don't see enough of an improvement, your vet may suggest a small tweak or addition to your dog's diet to see if you notice any changes good or bad. 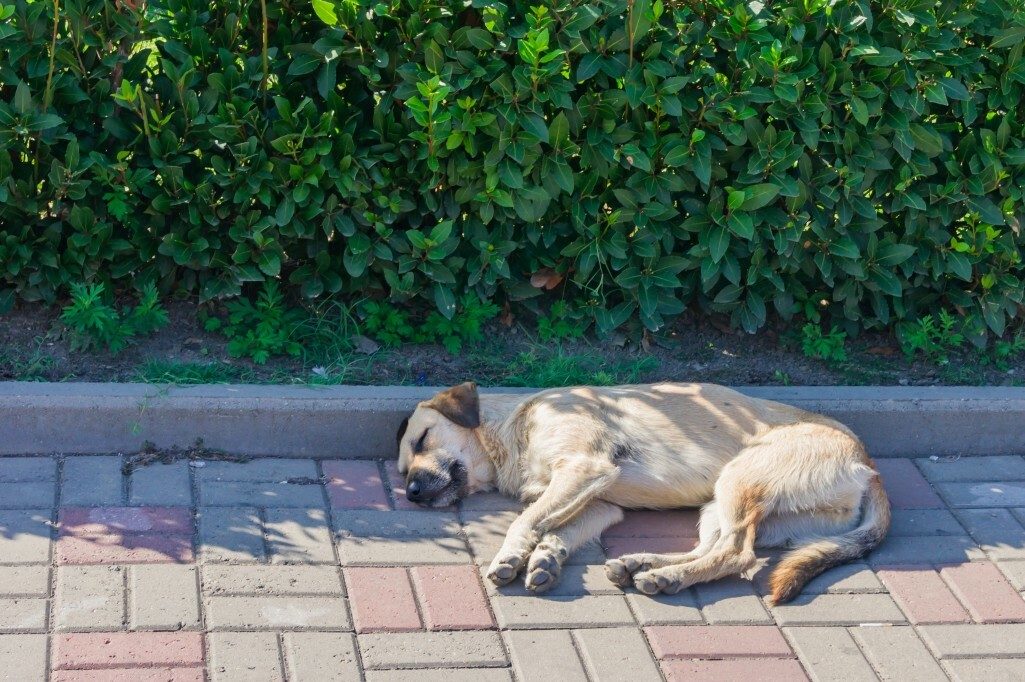 The right foods and diets for controlling your dog's IBD symptoms will depend on several factors that are personal to that dog, their age, breed, lifestyle and the type of IBD related issues they are experiencing.

It's very much a personalized plan your vet will recommend.

What is the difference between IBS and IBD in dogs?

The difference between IBD and IBS is the exact nature of the digestive issue.

IBS in dogs (inflammatory bowel syndrome) is when dogs have issues with their digestive system, including gastrointestinal distress and abdominal pain, bloating, cramping, constipation, and diarrhoea.

IBD causes inflammation in the gastrointestinal tract and ulcerations of the digestive tissue, while IBS typically causes stomach pain and bloating, but no damage to the lining of the intestine.

A significant study carried out by A Kathrani, D Werling & K Allenspach, found five dog breeds that were more prone to IBD.

The breeds at significantly higher risk of developing IBD compared with mixed-breed dogs consisted of: 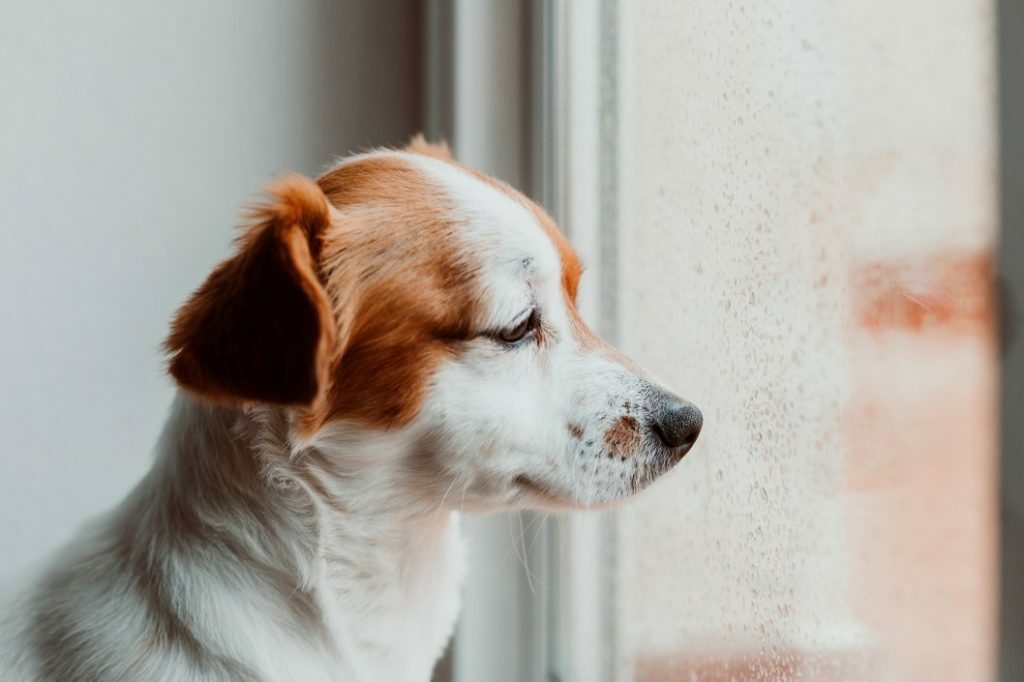 The prognosis for dogs with diagnosed IBD

It's understandably upsetting and alarming to learn your dog has a disease. This can be magnified if you are told the disease is not curable/chronic. But take heart. According to vcahospitals.com:

The prognosis is generally good with a confirmed diagnosis of inflammatory bowel disease. Once the appropriate drugs or diet is determined, many dogs remain on these for life, although it may be possible to decrease the drug dosage over time.

Occasionally, a dog will be able to stop drug therapy.

Most dogs do well for many years while others require alterations in therapy every few months.

Treatment of dogs for IBD has come a long way. It's manageable. Dogs can live long, happy, full lives with treatment. 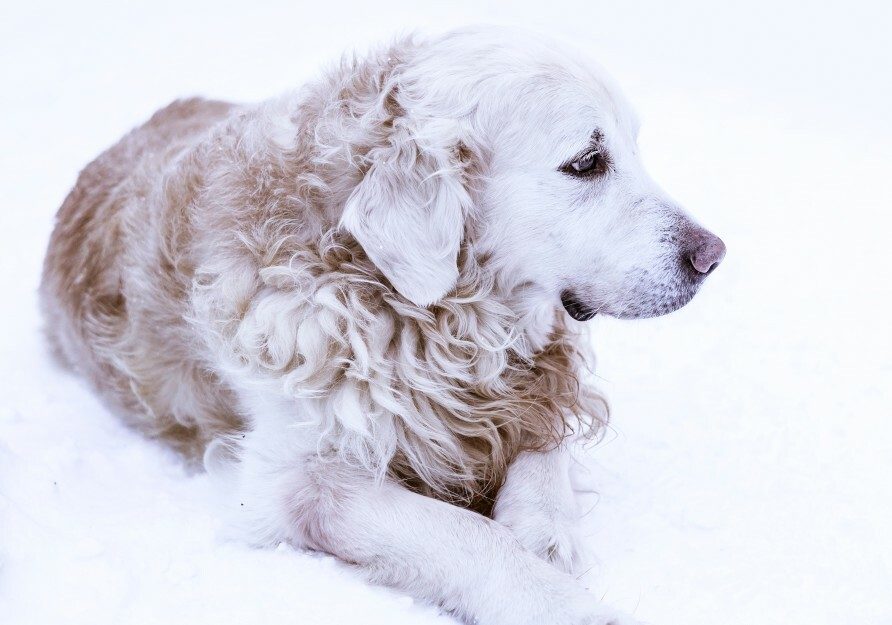 If a response occurs to diet change, the dog can be maintained on this diet for the rest of his/her life (as long as it is balanced).

If the dog responds to medication for stomach bacteria, a good prognosis is justified. If the response occurs to corticosteroids, the long-term prognosis is also good if the administration of the drug is feasible.

However, if there is no response to diet or corticosteroids, the prognosis is more guarded.

At that point, further testing is suggested to see if an underlying disease can be found, according to thedrakecenter.com.