The recent research from the University of York showing that “baby-talk” improves our bond with dogs didn’t surprise me at all. In fact, it made sense of something that had previously puzzled me, writes author Charlie Hart.

My wife and I respond to dogs in different though, as it turns out, complementary ways. Odd though it may sound my wife is largely unmoved by the melt in the mouth sweetness of a puppy; she shows affection and kindness to be sure, but she is not captivated by puppies in the same way that I am. 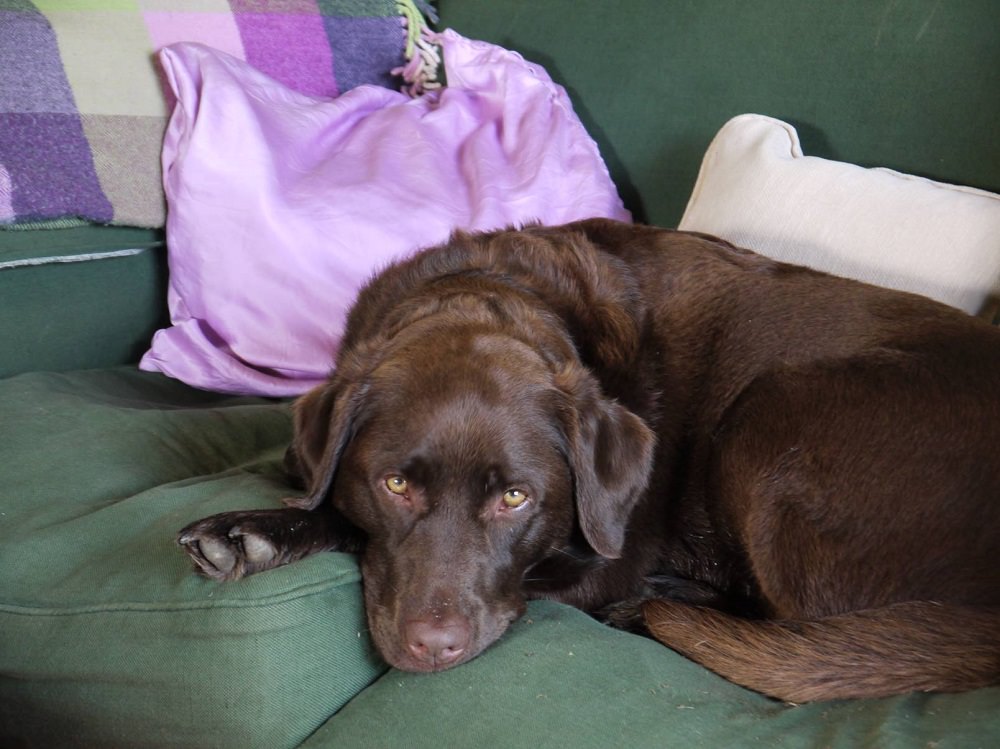 For my wife, there is nothing more lovely, nothing more adorable, nothing more deserving of affection in the whole animal kingdom than a wizened old dog. She loves dogs completely, but she loves them all the more as they get older.

Seymour is our four-year-old chocolate Labrador. Seymour and I are close. Over the last four years, I have been busy building a new five-acre garden called Skymeadow.

Seymour has been at my side throughout, he has stood guard as I have killed and coddled plants, he has been there with me as I dug through snow and hail and wind, peeling off only occasionally to hunt mice in his favourite corner of Skymeadow.

When my mother died, Seymour would come to my side as I wept, never shying away, never unavailable. Seymour is my dog. But despite all this, there is certainly something he has with my wife, something that is somehow beyond my grasp and I have only recently realised what it is. 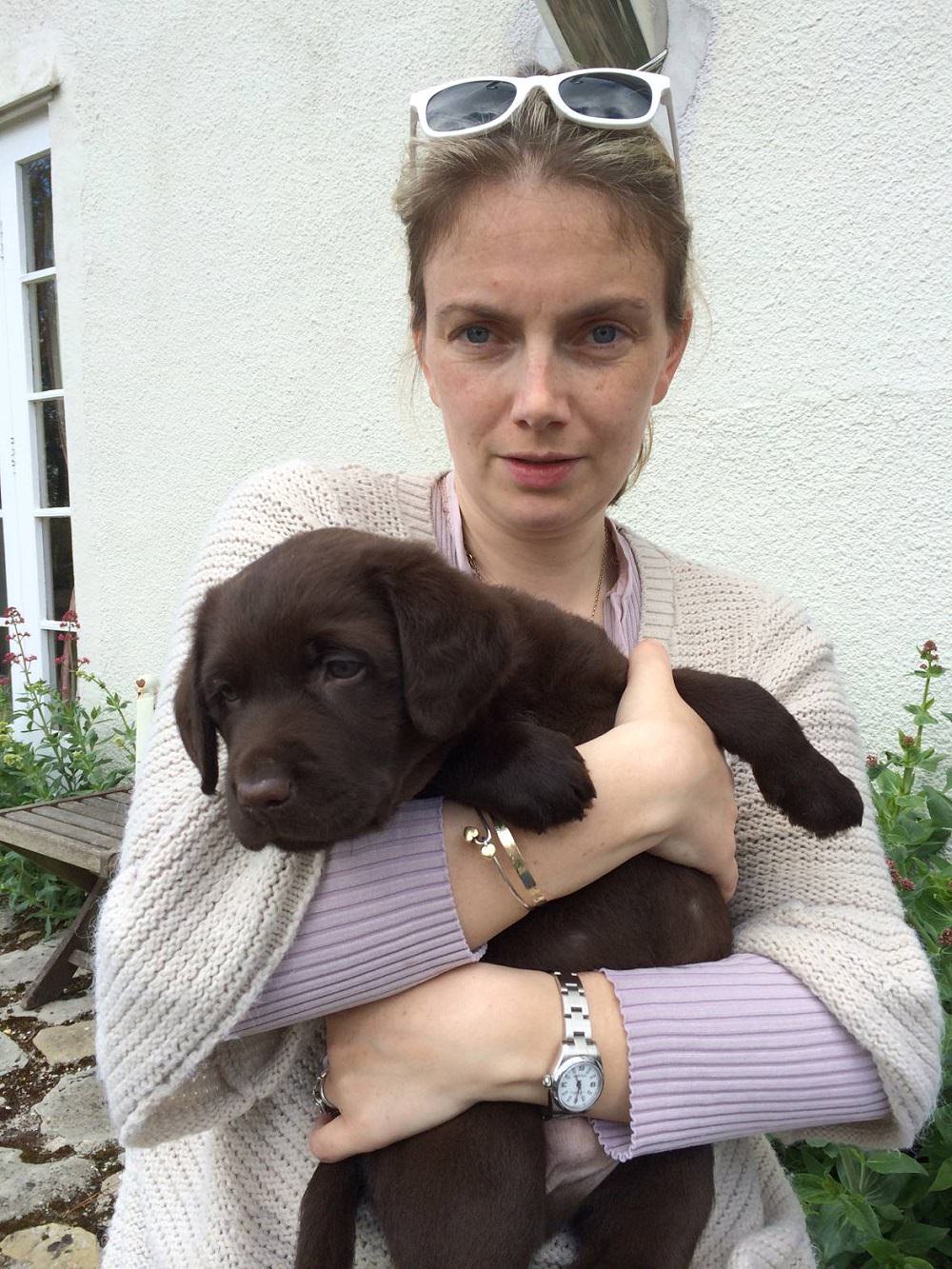 Oddly enough it has to do with language. My wife talks to our dogs. The reason she likes them more as they get older is because, as with children, the conversation improves.

When I say my wife talks to our dogs I should clarify; she doesn’t use English, French or Spanish (all of which she speaks) but, still, she does talk to them.

She uses a dog language of her own creation.

It doesn’t sound hackneyed, neither does it sound saccharine or repetitive, it sounds like a language but simply one that I do not possess a dictionary for. It involves words and sounds, and they get placed together in things that resemble sentences; and whilst their meaning remains beyond my reach, it is quite easily accessible to Seymour.

Seymour for his part makes it abundantly clear when he wants to have a chat. He emits a low warble sound and looks at you.

For years he got nothing back from me, or very little, but from my wife, Sybilla, he gets words and phrases from their shared language. He loves it. Reading the new research from the University of York makes complete sense. Dogs like to be talked to. I would go a step further; I think they are closer to being conversationalists than you may think.

Perhaps this shouldn’t surprise us given they are the only species who were at our sides as partners even before, in the early days of our human story, we settled down to farm.

There is evidence they were at our side even when we were hunter-gatherers, a time when we had already developed two important attributes; language and our partnership with dogs. 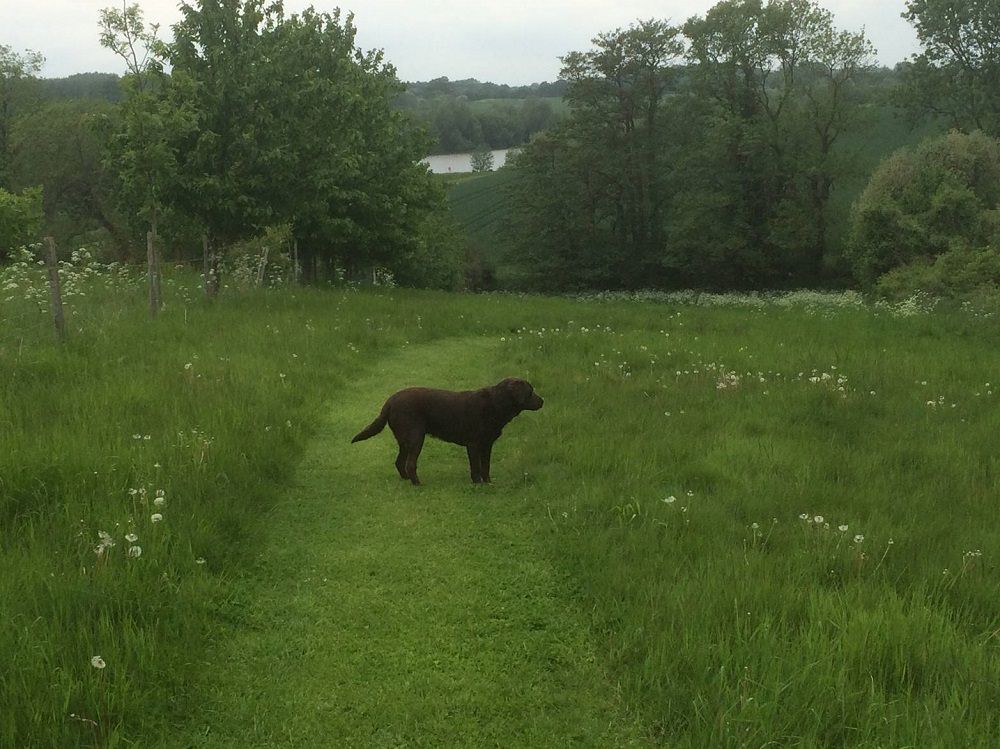 The Benefits of Speaking Dog From a Young Age

I have always loved dogs, but I grew up on an old-fashioned farm and whilst our dogs were loved, fed exceptionally well and exercised all the time they had their own quarters; they weren’t house dogs in the way ours are.

If a thunderstorm broke and they were in the garden, my father would always ask someone to let them into the hall, but that was as far as it went, domestically speaking.

On the other, hand my wife’s childhood home was festooned with Labradors and Spaniels either under or perched precariously on every cushion. Her nursery was as populated by dogs as by children and her tutor in chief was Pongo, her beloved childhood Labrador.

Pongo was a great bear of a dog with the mane of a lion, his eye was always on his little human charge and woe betide any unknown visitor who got to close to her as she played in the garden. Pongo was my wife’s first chaperone; to him, I owe a great debt. It hardly surprises me therefore that Sybilla was able to master not just English, Spanish and French, but also Labrador.

We are trying to bring our own children up to be competent not just in a few human languages but in Labrador too. This starts early, and Seymour has become tutor to our youngest daughter, Celestia.

Often I have seen her asleep in his dog basket, her head on his tummy as he protects her with his hind and forelegs. I am certain that thousands of years of evolution has made dogs our ultimate friends. 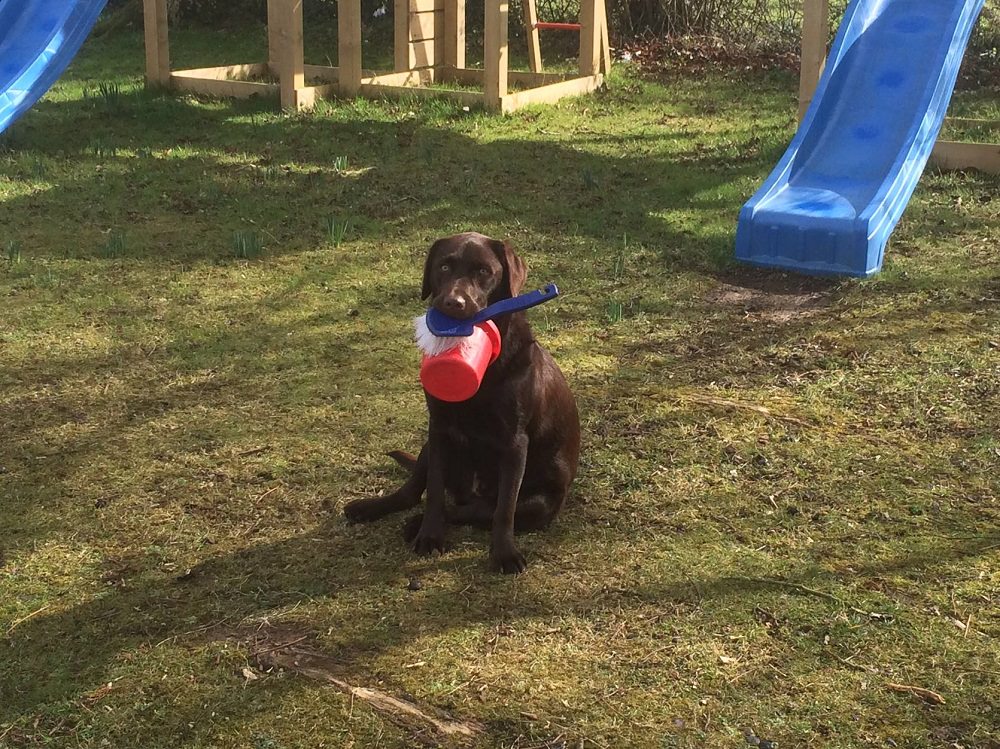 I am starting to talk to Seymour more now too. I don’t quite have the same fluency in Labrador that Sybilla does, but Seymour and I are having longer and deeper conversations and as we do it is as if this newfound love of conversation has opened up a new chapter in our relationship.

My book Skymeadow stars a Labrador, maybe one day it will be time to publish an audio book for a Labrador!

Charlie Hart read Theology at Cambridge University before working in a number of roles in London. He now lives and gardens on the Essex Suffolk border at Skymeadow with his family.

Skymeadow – notes from an English gardener is his first book and details the story of how he singlehandedly built a five-acre garden from scratch; it is a gardening memoir which celebrates the healing effects of nature on mental health. Charlie lives at Skymeadow with his family and two dogs. 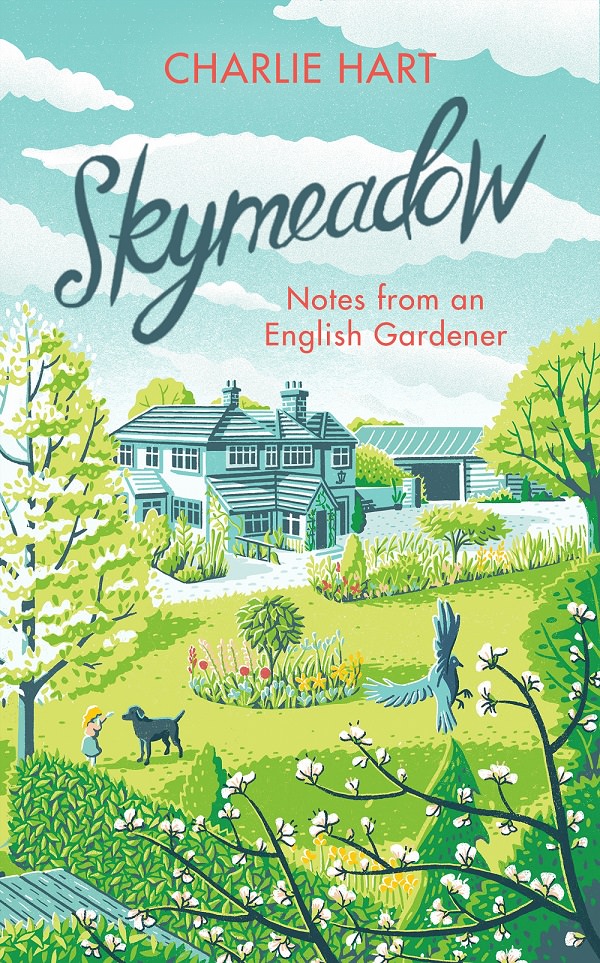