Soi Dog Foundation (Soi Dog) was established in 2003 in Phuket, Thailand, to help the street dogs and cats who had no-one else to care for them. Over 70,000 strays roamed the island, with the numbers growing alarmingly due to a lack of spay and neuter programmes to control the population. Soi Dog was created to provide a humane and sustainable solution to managing the stray population and to address their medical needs.

Donna Freelove is a volunteer for Soi Dog Foundation and has adopted a dog from the foundation too. This is her story, in her own words, of how SOI Dog Foundation has changed her life.

Not many people can say that they have the job of their dreams, feel overwhelmed with passion about the organisation they work for yet don’t get paid! I can, because I’m honoured to be the president of Soi Dog Foundation UK.

Like every other volunteer for SDF worldwide, I have the satisfaction of knowing that everything I do day to day adds up to making a massive difference to the desperate souls that are the dogs and cats of Asia. To me, this is much better for my soul than any other job I’ve had throughout my life. 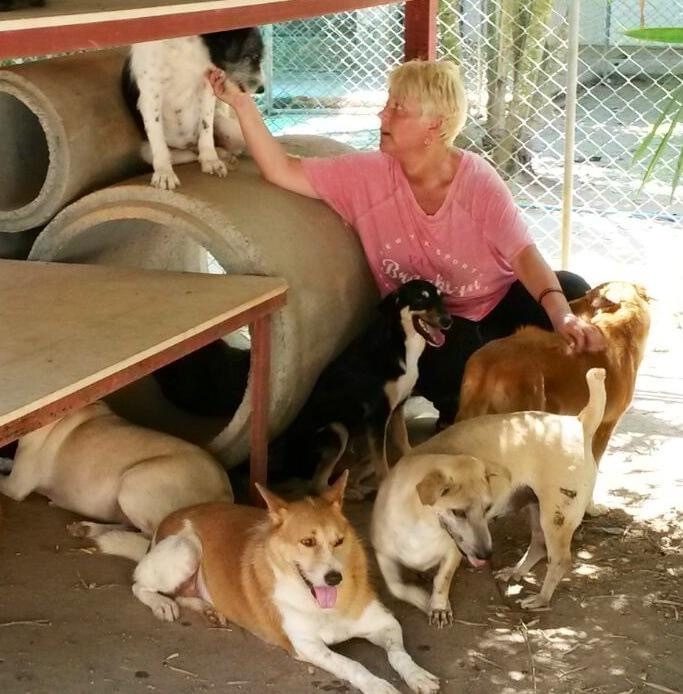 I was lucky enough to be able to travel Asia extensively at a young age, so was aware of the massive problem with street dogs & cats there, with no significant spay and neuter programmes to control the population of animals being born into a world where they were not wanted. It wasn’t until the launch of Facebook that I learned that a couple from Leeds who retired to Phuket, Thailand, John & Gill Dalley, co founders of Soi Dog Foundation had been building an organisation since 2003 that was making a real difference. What the Dalley’s were establishing was a humane and sustainable solution to managing the population of strays and addressing their medical needs based on CNVR – (Catch, Neuter, Vaccinate, Return).

I contacted Gill, by email to ask what I could do to help and we became on-line pen pals until I went to the Soi Dog shelter to volunteer.
Today, the ‘Gill Dalley Sanctuary’ as it is now called, welcomes over 800 volunteers yearly, and like me, most people who visit there can pinpoint it as being a pivotal turning point in their life where they become positively overwhelmed with the essence of the foundation and the crucial part it plays in helping animals and making a significant change. The reviews on Trip Advisor by volunteers and visitors speak for themselves and SDF is consistently ranked highly as one of the best places to visit in Phuket.

Volunteers come from all walks of life and are of varying ages, the primary role is to socialise and walk the dogs and play with the cats, the ultimate aim being that these animals can be adopted into homes worldwide. Demonstrating to these souls that they can trust in human beings after the ordeals that many of them have endured at the hands of humans is an honour entrusted to volunteers.

The role that volunteers play in the lives of our shelter residents makes such a huge difference to both the animal and the lives of the volunteer who naturally get attached to the dogs and cats, indeed often adopting one themselves and also being able to follow the rest of their lives on social media if adopted elsewhere. The experience of volunteering becomes contagious and usually people return year after year to the sanctuary often making life long friends from all over the world with a common goal and empathy for animals.

Over the years Gill and I became close friends and naturally as I’m based in the U.K. I got more involved with building Soi Dog UK, fundraising, events, raising awareness, assisting with the logistics of adopting dogs & cats into the U.K. and building on a fantastic network of like minded people here who all believe wholeheartedly in SDF & Gill & John’s ethos as I do.

I also manage the Soi Dog Merchandise operation, shipping everything from T.Shirts to hoodies worldwide to supporters who are proud to raise awareness by wearing our distinctive brand which is recognised by its original trademarked logo of orange and black. The merchandise derived from Gill’s passion and vision and I’m very proud that as it is all operated voluntarily, the money from purchases, in true SDF style, goes directly to where it is needed most – the benefit the welfare of the animals in our care.

A wretched dog was rescued in 2013 with severe mange, blood parasites & barely alive with malnutrition & starvation, she was only approximately 7 months old & because of the frail state she was in, Gill took her to nurse at home rather than admit her to the shelter. I adopted her and called her Polo after my late Dad as this was my Mum’s nickname for him. Despite the dreadful life Polo had suffered alone on the streets, she is now incredibly healthy, happy and secure and has bought so much joy to my Mum & I.

How could I ever repay Gill and Soi Dog Foundation and the kindness of the worldwide donors who enabled this miraculous recovery which is just one animal saved of thousands of examples?

There is no government funding for SDF, everything we do is down to donations and as money comes in it is spent responsibly addressing the root of the problem rather than just sticking a plaster over it. 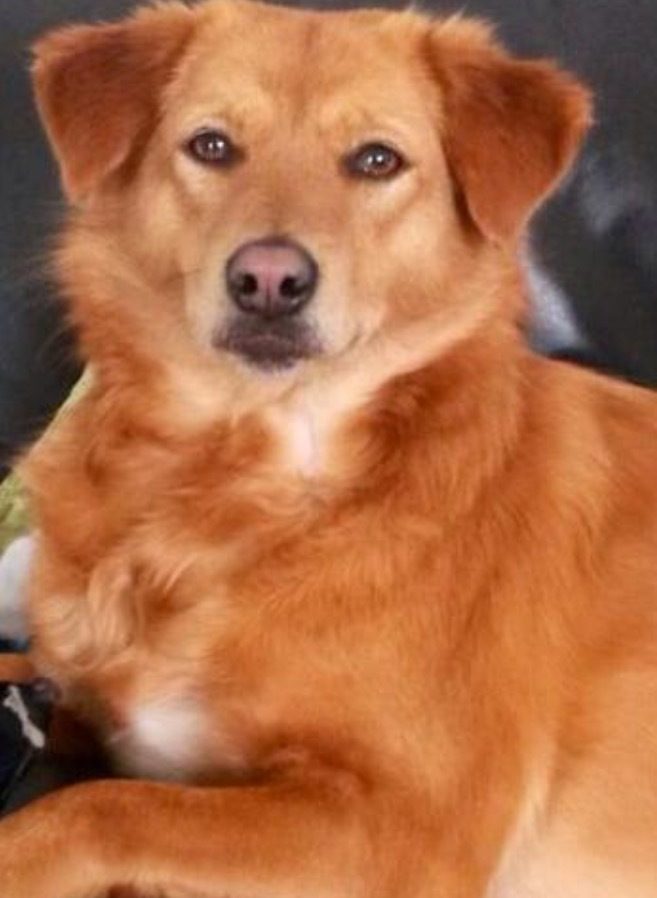 To date SDF have, with their holistic approach, rescued 16,121 dogs from the barbaric dog meat trade, sterilised and vaccinated 442,060 dogs and cats and in 2019 alone treated 8,873 sick and injured animals, nowadays these animals are treated in the on-site hospital which designed and the building of it overseen by Gill and again, funded by donations.

The ultimate goal, if an animal could not cope on the streets after being vaccinated & sterilised is for it to be adopted to a loving home, in 2019 alone, 944 dogs and cats were adopted out, many crossing the world to their new lives in the U.K., the US, Canada and Europe as well as local adoptions within Thailand.

The phenomenal difference to animal welfare that SDF makes, and continues to make is a tribute to what Gill & John started. SDF have helped animals affected by natural disasters, such as the severe flooding in southern Thailand in 2017, the Bangkok floods of 2011 and the Asian Tsunami of 2004.

Their work in fighting the horrific dog meat trade instigated the trade being almost entirely wiped out in Thailand and we continue to campaign for an end to the trade in Vietnam, Cambodia, South Korea and other Southeast Asian countries where it is prevalent. Another crucial part of SDF’s role is their Community Outreach programme which involves teaching the carers and feeders of dogs and cats on the island how to administer basic first aid and identify signs of sickness & injury. There is also a food programme, delivering animal carers with regular supplies of dog and cat food.

SDF also run an educational programme for school children which has now developed into the addition of an education centre at the sanctuary allowing further development to this programme.

In addition to this, vets from neighbouring countries spend time at the SDF sanctuary learning from our own fully qualified vet teams. 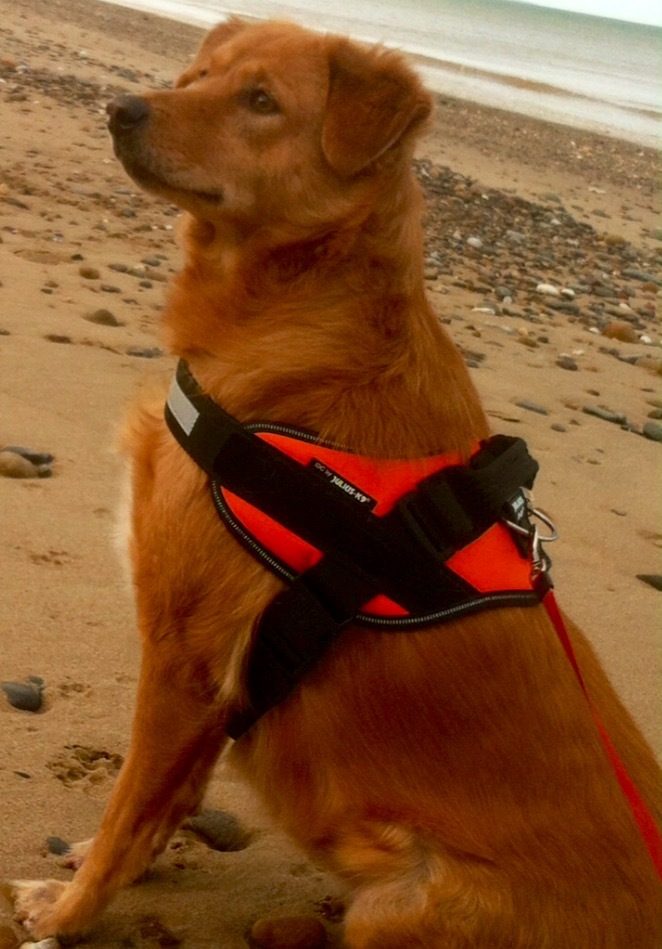 It’s hard to comprehend that this all started with a ‘normal’ couple from Leeds on a phenomenal journey against all odds. Gill had an accident while saving a dog in 2004 resulting in the the amputation of both her lower legs, despite this, the couple continued and are both an extraordinary example to us all of determination and sheer grit to see through what they started.

Heartbreakingly, we lost Gill to cancer in 2017 and though we all miss her terribly, we are as determined as ever to continue her legacy and will not stop until the SDF mission is completed ‘To improve the welfare of dogs and cats in Asia, resulting in better lives for both the animal and human communities, to create a society without homeless animals and to ultimately end animal cruelty’.

Gill had started to write her life story in an effort to raise funds for SDF and in the process, hopefully inspire others to play their role in helping animals in need. Sadly she passed away before the book progressed so John and I recently completed it as best we can in Gills words and it was launched in June.

The launch of the book has received a great response and so far some fabulous reviews and we hope that many more will buy it and be as inspired by her as we are. 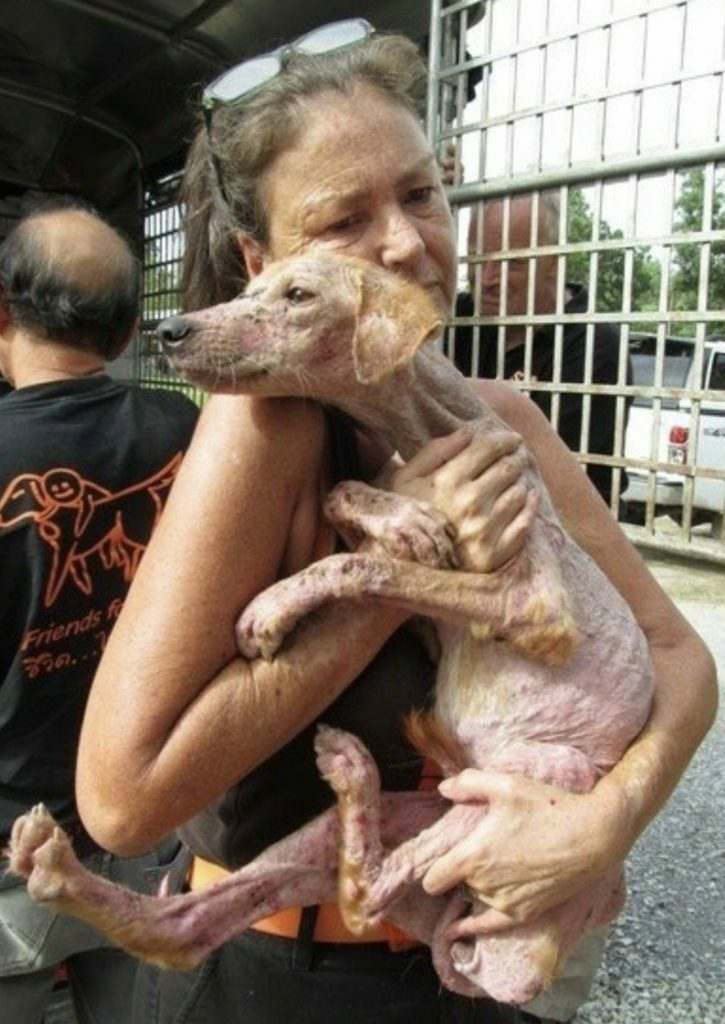 Though the book is entitled ‘Just Gill’ as this is what she wanted it to be called, there was never anything ‘just’ about Gill and every page demonstrates the relentless determination of a woman who saw a problem and, despite her unstable upbringing and the traumatic obstacles life threw at her, made it her life’s work to make a real difference. To buy the book, please follow this link knowing as ever that every penny profit will help dogs & cats in need https://shop.soidog.org/products/new-just-gill-book

Never a day goes by when I don’t desperately miss my friend Gill and need her input and advice but like everyone else involved with Soi Dog Foundation, we plough on regardless, even more determined, in her memory to continue to honour her legacy in protecting the animals that desperately need our support. I’m lucky, as I have Polo, the dog that she nursed, bought back to life and entrusted to me. What an honour! And what a lifesaver Polo is to me, that in her, I still have a big part of Gill to cuddle every day.

To learn more about Soi Dog Foundation and what you can do to help, please visit our website www.soidog.org to learn about volunteering, donating, adopting and sponsoring the beautiful souls in our care.

To join our U.K. Facebook Group where you can watch the new lives of the dogs and cats adopted into the U.K. as well as keep up to date with all UK events follow : https://www.facebook.com/groups/285363178495163/?ref=share